From pupusas to sopa, comfort foods shine at El Salvador

El Salvador's menu is packed with three pages of options. Some are Mexican. A few hail from neighboring Honduras. But most have roots in El Salvador, a country whose cuisine has been influenced by a combination of Spanish and indigenous South American cultures.

El Salvador is an easy spot to find. After all, it’s just across the street from a Milwaukee landmark, the beautiful Basilica of St. Josaphat. It’s also a cozy destination where you’ll regularly find a combination of locals and adventurous eaters eager to try something delicious. 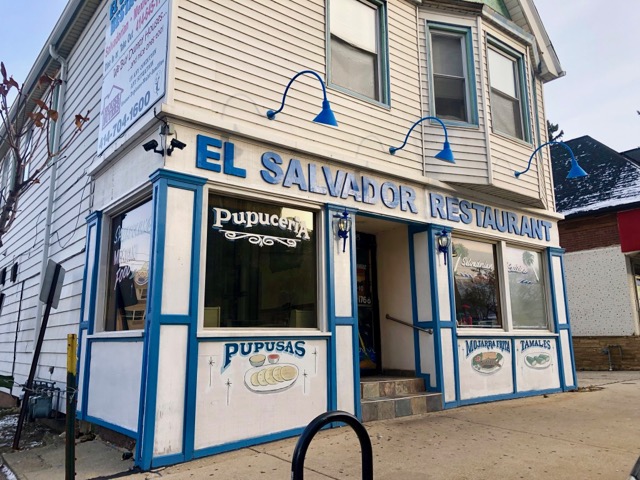 But delicious can take a number of trips to discover. After all, El Salvador’s menu is packed with three pages of options. Some are Mexican. A few hail from neighboring Honduras. But most have roots in El Salvador, a country whose cuisine has been influenced by a combination of Spanish and indigenous South American cultures.

If there’s one dish for which El Salvador is known it’s pupusas, and these filled pancake-shaped corn cakes are the perfect place to begin your meal. Similar to Venezuelan arepas or Mexican gorditas, pupusas begin with masa that’s been hand patted around any number of savory fillings and griddled until crisp. 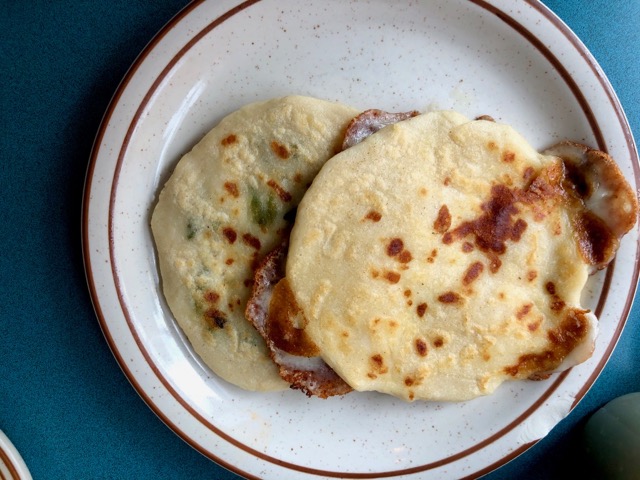 The cakes are tender, and at their best, they’re speckled with brown, slightly crisp around the edges (if you’re lucky) and oozing salty melted cheese. If you like, sample the pupusa plain – but be sure to try it the more traditional way, topped with salsa (don’t worry, it’s more tomato-y than spicy) and a scoop of cortida, a salty, pickled cabbage slaw that both lightens the dish and offers brightness and tang. Also, these are street food fare, so it’s only right to forego the utensils and eat them with your hands.

As for fillings, there’s no reason to be shy. The pupusas are priced $1.99-2.50, so it’s easy to sample a number of them and determine which are your favorites. And trust me when I say that you really can’t eat just one. Among the options are queso (cheese), frijoles (beans), chicharron (pork), loroco (vegetable), calabaza (zucchini), pollo (chicken), asada (steak) or revueltas (cheese, pork, beans). The cheese is gooey and comforting, the beans delicately flavored and the chicken is tender. 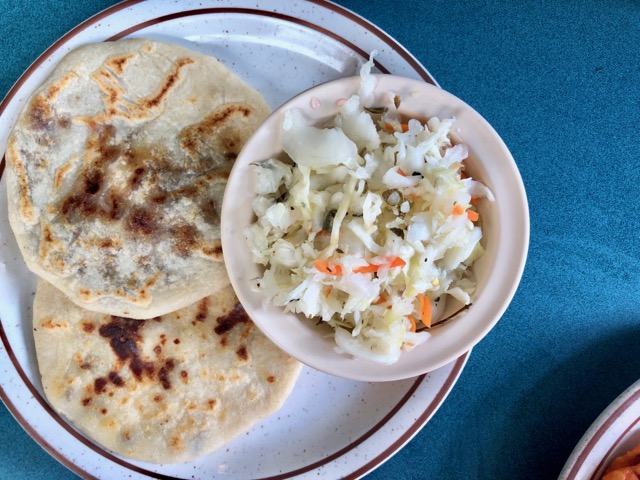 But if you’re in the mood for something different, I’d recommend trying the loroco, which is filled with a combination of cheese and loroco, small green unopened flower buds that come from a plant native to Central America. The buds are tender, vegetal and somewhat nutty, and they provide a nice contrast to the gooey cheese.

As for the chicharron, if you're expecting a filling of crispy fried pork rinds, you're likely to meet with disappointment. In El Salvador, chicharrón is actually pork which has been cooked, fried in pork fat and ground together with seasonings including cumin. The resulting pupusa is a combination of cheesy (and slightly greasy) porky goodness.

Of course, you’ll probably want something to wash those pupusas down. Among the Salvadoran beverage options, you’ll find sodas like Kolashanpan, reminiscent of American cream soda with a vague hint of bubblegum. There’s also sweet Salvadoran horchata or refresco de chan, an almost Kool-Aid-like mixture of lemonade and strawberry extract that’s augmented by a generous portion of chia seeds. And yes, you can order up a margarita, a michelada or even a Regia, a lager-style beer brewed in El Salvador. 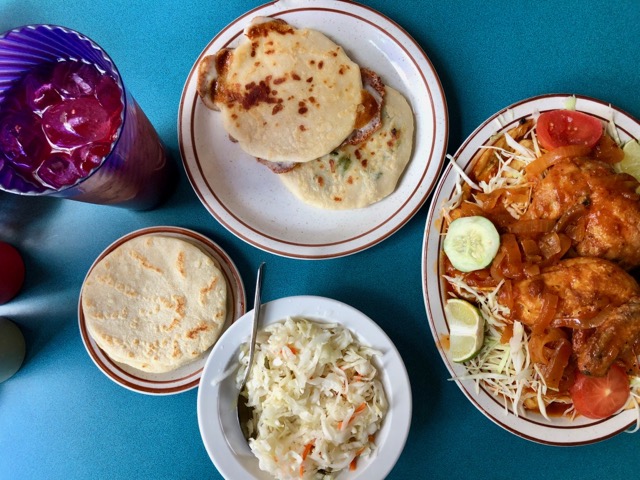 In fact, a beer would be the perfect accompaniment for the Salvadoran pastelas, mid-sized Salvadoran empanadas which are made with a flaky corn-based dough that’s deeply stained with annatto. The crispy, slightly greasy pies are filled with a flavorful mix of ultra tender chicken and vegetables. And they’re delicious eaten with the accompanying curtido and a squeeze of lime. If you’re stopping by the restaurant on a whim, they’d make a satisfying, comforting afternoon snack. 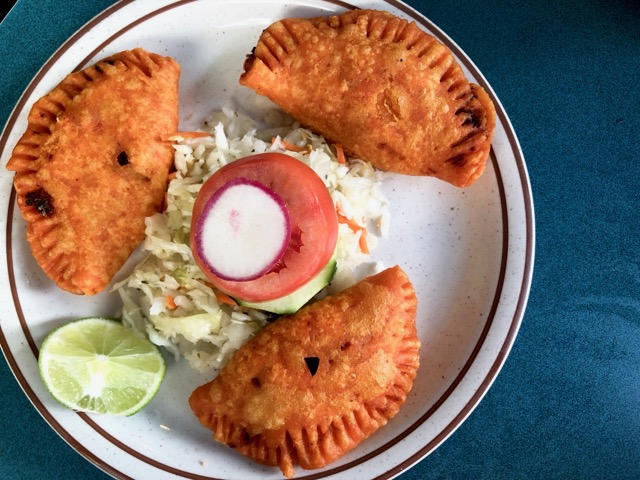 Among other snackable goods are the tamales, which are moist and fat thanks to a steam bath wrapped inside traditional banana leaves. Order the elote and you’ll find a corn-studded tamal that’s sweet like northern cornbread. Opt for the pork, and you’ll find a firm, thick shell of masa filled with a mixture of potatoes, pork and green peppers. Both are delicious dipped into the accompanying crema (and they reheat well, so don’t be afraid to order a few and take some to go). 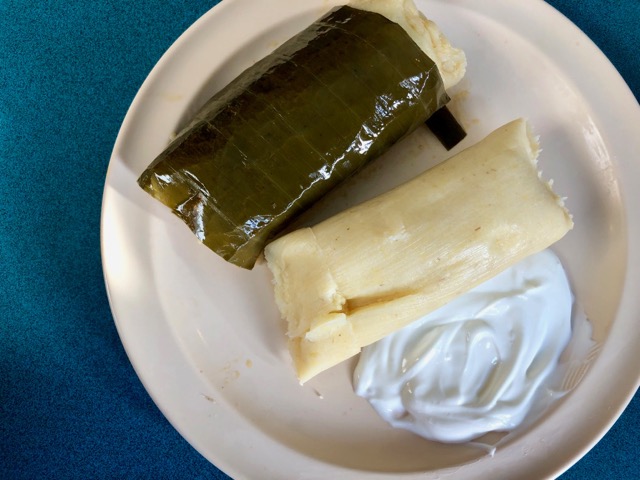 Among the Honduran offerings, I’d be inclined to pass over items like the tajada con pollo (fried chicken and plantains). It was nicely seasoned, but the breast meat of the chicken was unfortunately overcooked. But I’d easily order the baleada con carne time and time again. This comforting dish is simple: a large, crisp tortilla is stuffed with a generous portion of roughly scrambled eggs, ultra creamy beans, avocado and cheese. It might just be the best breakfast or lunch in the area for under $4. 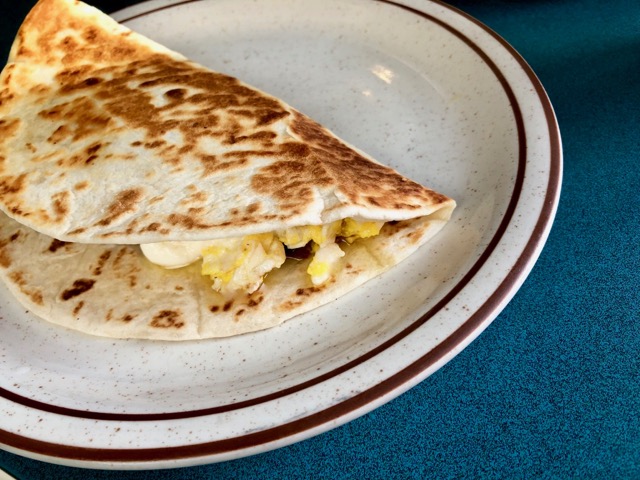 In fact, I’m quite convinced that the strengths of El Salvador lie in both their snackable street food fare and warming, comforting soups. Among them is sopa de res, a rustic beef soup boasting a simple, homey stock that’s loaded with large chunks of bone-in beef rendered tender from long, slow cooking and large pieces of vegetables including cabbage, green beans, carrots and small sections of corn on the cob. It’s not particularly unusual in terms of its flavor profile; however, it’s hearty and likely to remind you of something your mother or grandmother made. 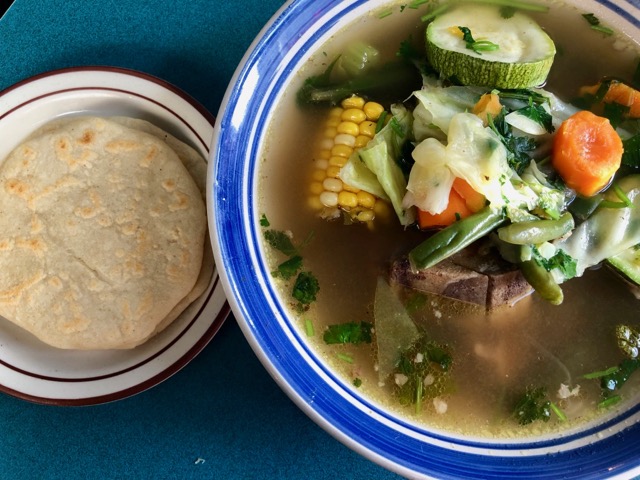 Because El Salvador has an extensive coastline, you’ll also see numerous seafood dishes on the menu. Among them is sopa de mariscos, a warming creamy soup filled with chunks of seafood (including salmon), potatoes, green beans and summer squash. It’s a hearty bowl typically eaten on Good Friday, and you wouldn’t be remiss if you chose to share it with another diner or two. After all, it’s rich and generously portioned. 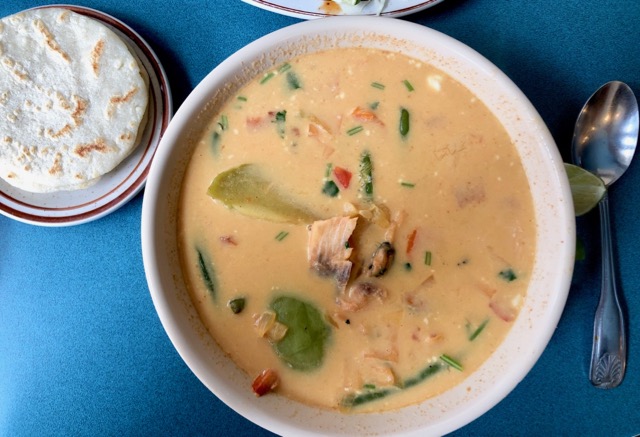 So yes. Go to El Salvador for the pupusas. But be sure to delve deeper. There are gems waiting.