Concepting: A sneak peek at the Bartolotta restaurants at the Mayfair Collection

I was lucky enough to be invited to be a "fly on the wall" at Kahler Slater during the design planning process for three Bartolotta restaurants slated to open in 2016 at The Mayfair Collection. And here's a sneak peek at what I learned.

There’s at least one aspect of restaurant development in Milwaukee that the average consumer never sees, and that’s the work and planning that goes into developing a concept and seeing it through to fruition.

I was lucky enough to be invited to be a "fly on the wall" at Kahler Slater during the design planning process for the Bartolotta restaurants, which are slated to open in 2016 at The Mayfair Collection. And here’s a sneak peek at what I learned.

When you’re planning a restaurant, the process is never easy. It’s filled with details – from branding to decor to ensuring that every aspect of the design meets with local standards so that inspections run smoothly.

In this case, the workload is particularly intense, since there are three restaurant concepts, comprising 16,000 square feet of space, on the table.

Fortunately, the Bartolotta’s team is no stranger to creating new restaurant concepts. And for this project, it is also taking advantage of the design and branding expertise of Milwaukee’s Kahler Slater, an interdisciplinary firm offering architecture, interior design, graphic design, planning and research services.

"We had three concepts to design," says Joe Bartolotta. "The owner of the land is leasing these spaces to us as managing partners. So, essentially, we’re paid to create and run the business for him. We have an incentive to do very well here, and we’re vested. So, we want to see every aspect of the project succeed. The risk is our brand, so we want to put our best foot forward in developing this. And maybe someday we can replicate it." 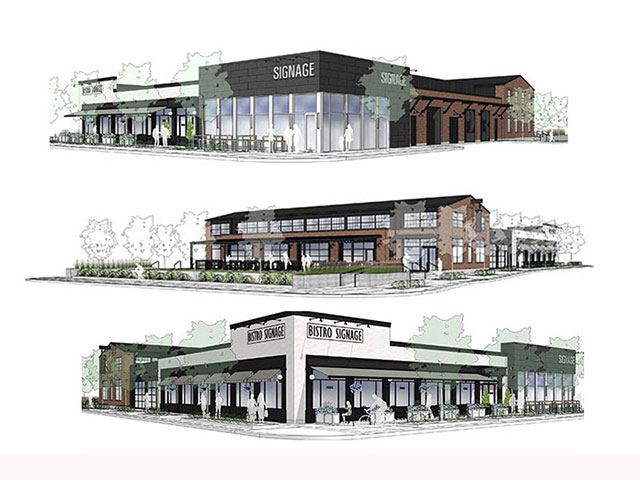 As one of the first steps, exterior designs for all three of the restaurant concepts were presented to the design review board in Wauwatosa; during the presentation, every material used for the building needed to be disclosed, as well as how the site would be used.

"I think the biggest challenge is creating three unique experiences in one building and at the same time making the design cohesive enough that all the pieces work in concert," says Amber MacCracken, designer at Kahler Slater. "We want the concepts to have clarity from the space, to the brand, to the food – each piece works together as today’s consumer can be very critical."

Although the concepts are being tackled one at a time, each hinges upon the other in vital ways, particularly since all three restaurants will use a shared kitchen space, located at the center of the development.

It’s a complicated scenario that requires careful planning in terms of not only functionality, but also ease of use.

"The idea is to create efficiencies by building all three concepts around a central kitchen," says Bartolotta. "Originally, we thought we’d have two kitchens with a service alley, but the concept spiraled into what we hope will be a more efficient design."

Some aspects of the central kitchen plan are unknown, and some are entirely experimental.

"We don’t know if one dishwashing area will work for three concepts, but we’ll find out," notes Bartolotta. "And inevitably there will be something that happens – and we’ll take a step back, put our heads together, and figure something out."

"I could’ve stopped doing this eight or 10 restaurants ago," says Bartolotta. "I’d be a lot less busy. But, I’d be bored to death. I love to build restaurants. Selfishly, it’s like a hobby for me."

Bartolotta has always had a very heavy hand in the design aspect of the Bartolotta restaurants.

"I think I have a pretty good sense, and enough knowledge in the front and back to be dangerous," he says. "I understand the flow, efficiencies, footsteps and ergonomics of a workspace. I know that steps equate to efficiency in both time and speed. And all of that is considered, factored in."

In the case of the restaurants at the Mayfair Collection, numerous meetings with MacCracken – sometimes twice a week – are required to solidify the design concepts. Ideas for each design are brainstormed; some come from inspiration taken from other restaurant concepts, while others are gleaned from attending restaurant shows and searching the internet. 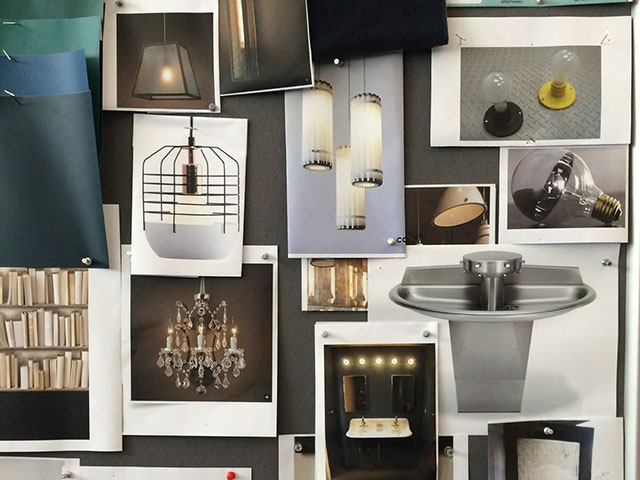 "Today is very different from 10 years ago," says Bartolotta. "With Google you can type in mid-century modern light fixtures and BOOM you have a thousand light fixtures to look at."

MacCracken subsequently transfers the ideas to design boards, which embody the look and feel of the restaurants. Then, spaces are planned using 3-D technology, which allows the group to get a sense of the spaces, even before they’re built. 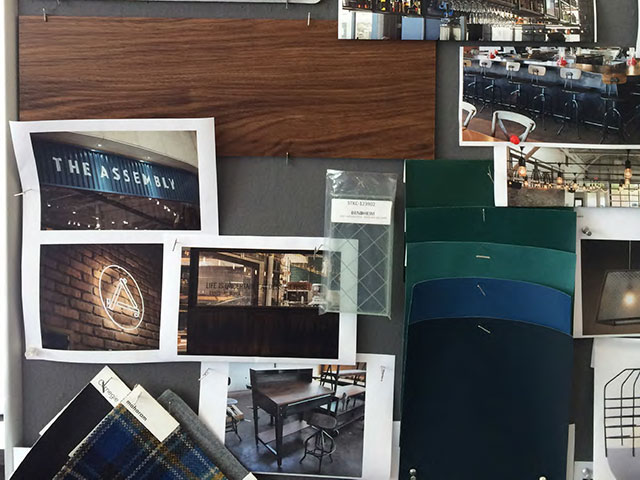 Every aspect of the restaurant is discussed in exhaustive detail, with a constant back and forth of suggestions, negotiation, and often vetoes.

At one point during the conversation at one of the design meetings, Bartolotta pulls out his phone and shows the group a photo of a piece of art – depicting a cafe scene – that he bought in the Dells.

"I thought we could hang this in the hallway," he suggests.

The table erupts with laughter.

"That’s cheesy," says one in the group.

"You hate it don’t you?" replies Bartolotta.

"Eh, I don’t hate it, but it’s pretty cheesy. Like something in a hotel," someone says.

"Oh, well," says Bartolotta, sounding a bit defeated. "That’s fine. I’ll donate it to someone for a fundraiser."

Read the full series, including sneek peeks at each restaurant concept (the tavern, French cafe and taqueria here.