The music festival experience - from the other side of the stage

As the drummer of Spacehog, I've played in front of big crowds at Summerfest, at least three times (or so I recall). I have some fond memories, rolling into Milwaukee, taking the opportunity to skim new music in the open air of your beautiful lakefront.

SEATTLE — As the drummer of Spacehog, I’ve played in front of big crowds at Summerfest, at least three times (or so I recall). I have some fond memories, rolling into Milwaukee, taking the opportunity to skim new music in the open air of your beautiful lakefront.

As a fan, I have huge affection for my own hometown's annual music fest, the Leeds Festival in England. For many years now I have flown in for it. Similarly, it’s a great chance to catch up with old friends and float about the site skimming the bands of the moment – a festival equivalent of channel surfing. It puts the onus firmly on the bands to deliver something memorable. Personal highlights include Morrissey, James Brown, The Arcade Fire, Late Of the Pier and The Foo Fighters.

As a band, the festival environment can throw some serious challenges to any group braving the outdoors. For a start, there's the weather. On last year’s Summerland tour we got literally blown off stage by a thunderstorm – twice, with near fatal consequences. Fortunately, the weather at the Wisconsin State Fair was perfect when we visited in August. 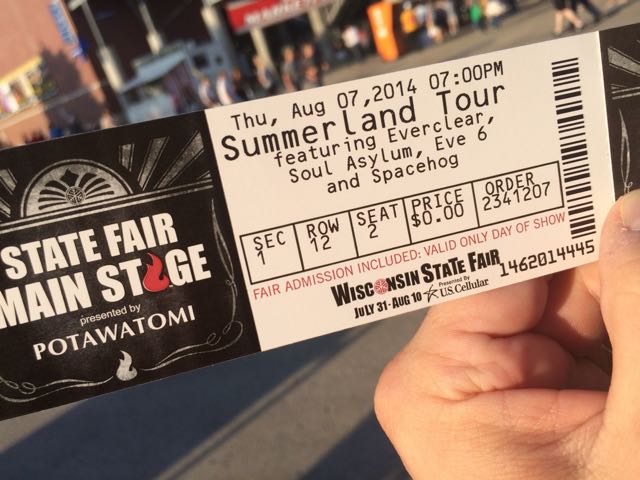 Turning up at a festival levels the playing field for bands large and small. It’s a logistical nightmare getting everything working and looking/sounding good in the 15-30 minutes one usually gets during a "change over."

Being left-handed, I am now used to wrestling with rental drums in the allotted time in order to play an instrument I actually recognize. But next time you see a great show in the great outdoors, spare a thought for all the technicians, sound and lighting guys, and the local oompah loompahs, that made it all possible for you.

Of course, it doesn't always go perfectly. Playing Glastonbury with the Pierces in 2012, the onstage sound was so horrible I couldn't hear any of the singing. I wound up finishing a song about four measures too early with the whole band looking at me quizzically … pretty awkward. 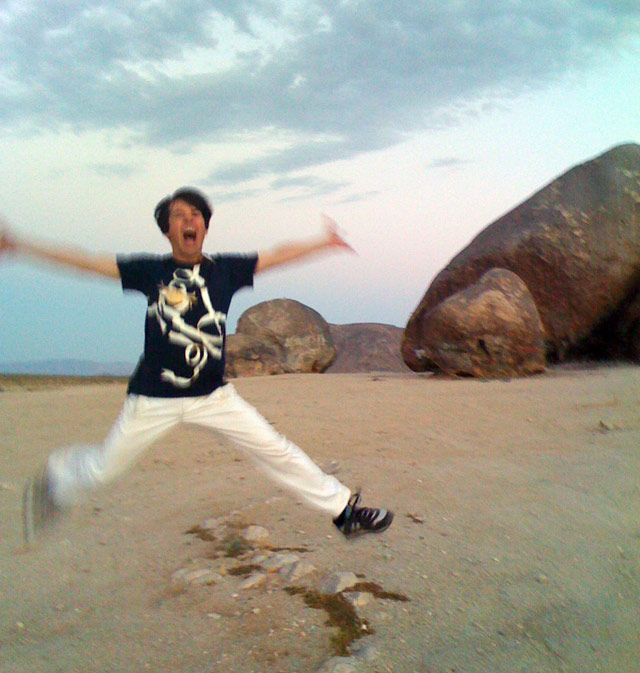 Coachella '07: On the way, in Giant Rock, California

As a musician, it can be a jolt adjusting to the dynamics of playing outdoors to a bigger than normal crowd: I was playing Mosport festival in Ontario in the ‘90s. One minute I was in the cocoon-like warmth of my bunk on the bus. One cup of coffee later I was front of house, playing the drums with 100,000 looking at me on a giant TV screen. Weird!

I enjoy the feeling of being at a festival, even if I'm less inclined to camp and skip showers for three days straight. As we all advance in years I'm seeing the kind of benefits I have been lucky enough to enjoy monetized by the promoters: The so-called VIP experience. Artists are ever more eager to get in on it as their record sales vanish, and it seems only a yurt and a blow up bed come between adding a zero to the weekend festival price tag. 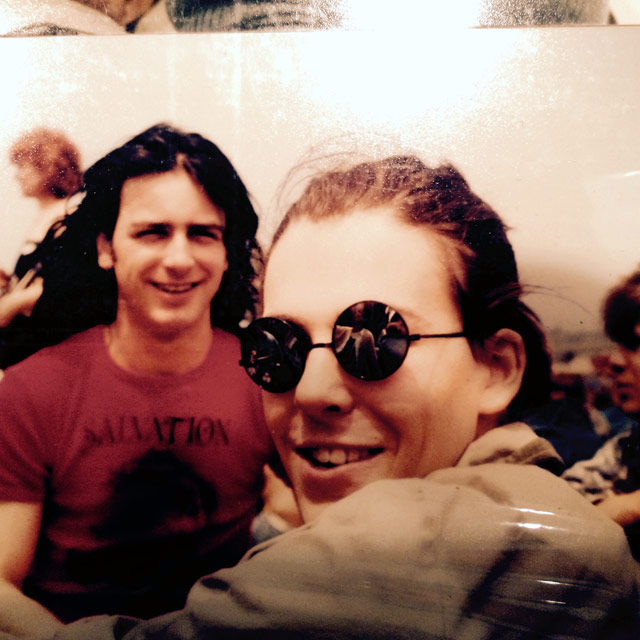 Glasto '84: Ticket $20, everything else, priceless

My first festival was Glastonbury in 1984. Tickets were $20 (if you didn't jump the fence). Today, if you fancy rubbing shoulders with the celebs at Coachella before retiring to the field marked "glamping" you might have to part with as much as $8,000 each for the privilege.

Whatever the price whatever the class, it was and still is all about the music. So here's to it, Summerfest peeps: get out there and enjoy it!