Crawdaddy's on Greenfield finds its stride with cajun, creole & barbecue

After months of learning from customers and tweaking its offerings, Crawdaddy's on Greenfield has found its stride with a menu featuring cajun, creole and Southern favorites along with barbecue and weekly specials.

In 2018, when Troy Meyer purchased the property which once housed the original Crawdaddy’s restaurant at 9427 W. Greenfield Ave., he noted that the intent was not to replicate the former restaurant.

"We never tried to be the old Crawdaddy’s," he says. "Our goal was to breathe life into a business and location that had great potential. We did our best to really differentiate what we were doing with the restaurant that was here previously. Our vision was to include both cajun and creole, along with some Southern."

But the original Crawdaddy’s – which had served served Louisiana-style fare for nearly 20 years – was a tough act to follow. And Meyer says the reception from diners was mixed. Some waxed nostalgic for dishes they could no longer enjoy; others embraced the new restaurant and menu with open arms.

Meyer says the first few months was a learning experience. To get a gauge of what guests wanted to see, Crawdaddy's started off with a small, focused menu and regularly solicited feedback from customers. 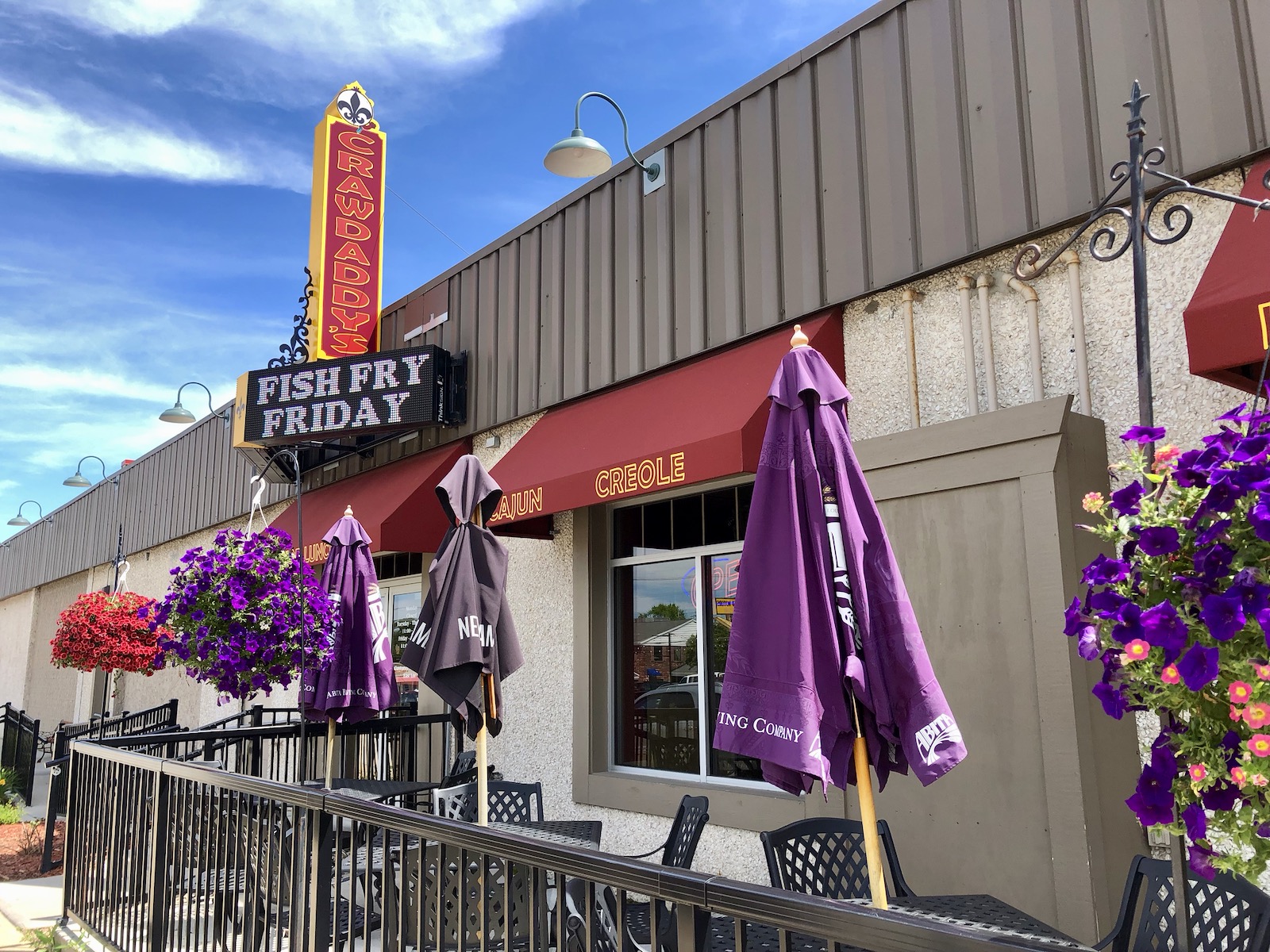 "We wanted to take care to start out slowly and be aware of waste," "We also knew we wanted to listen to customers. Over time, we dialed things in, tweaked them and added dishes that people asked for. We ran a lot of specials, including beignets and fried alligator bites … both of which made their way to the regular menu."

From there, it tweaked recipes and dialed in a menu of staples and crowd favorites. Today, the menu is a mix of cajun, creole, Southern fare and barbecue (including ribs, brisket and wings), along with weekly specials, many of which focus on seafood. All dishes are made from scratch – from stocks and sauces to the Bloody Mary mix at the bar.

Initially, Meyer says that when he opened the restaurant, his plan was to head up the kitchen, and he looked for a chef who could assist him and share his vision. But after a few months, he concluded that it was more important to focus his time and energy on the front of the house, ensuring that every customer had the best experience possible.

So six months ago, he hired Chef Guadencio Vera, an industry veteran whose experience has included work at spots like Tavern at Turner Hall, Nomad Nationale and high-volume venues like Bravo Cucina and Dave & Busters. Guandencio not only executes the menu of cajun and Southern specialties, but also contributes his own weekly specials to the menu.

"It’s been a welcome challenge and a real opportunity for me to expand my knowledge," says Vera, noting that the freedom to contribute to the menu with regular specials has been an extremely rewarding part of the job. "We offer specials every week, and that really allows me to challenge myself to create new, delicious things that you can’t find anywhere else."

Among Vera’s recent specials is a dish featuring seared sea bass served on a bed of green rice (made with cilantro, poblanos, parsley and spinach), with zucchini, yellow squash and carrots and a squash blossom sauce ($24). 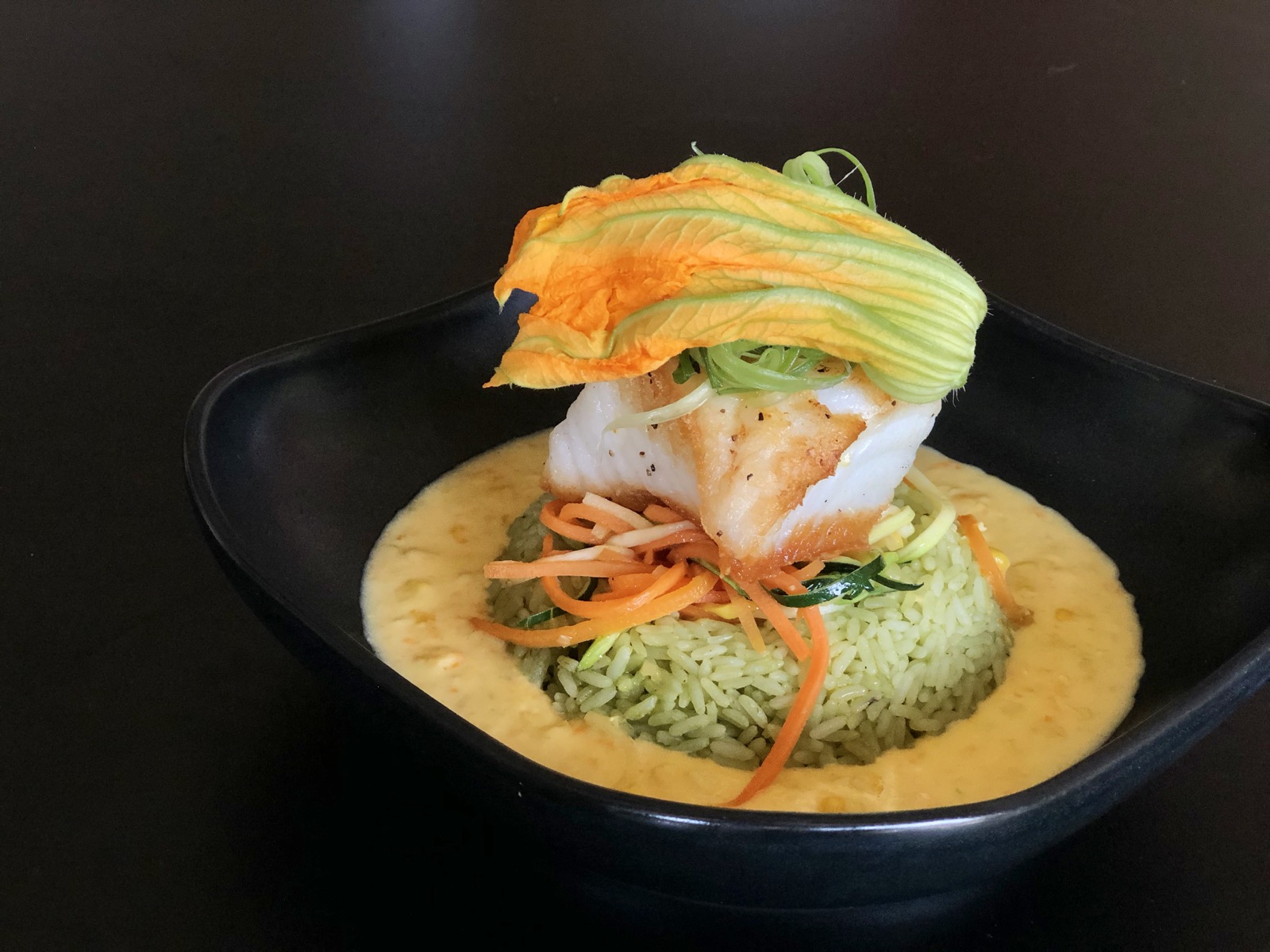 "Inspiration comes from everywhere," says Vera. "And when I create dishes I’m always looking at ways to incorporate different techniques and cuisines. This dish showcases French techniques combined with Mexican ingredients. And I used strong flavors like poblano and cilantro that are balanced with a fresh, creamy sauce and a mild fish."

Guests will also find traditional cajun and creole dishes like etouffee, which Meyer says is a "must have" ($20). 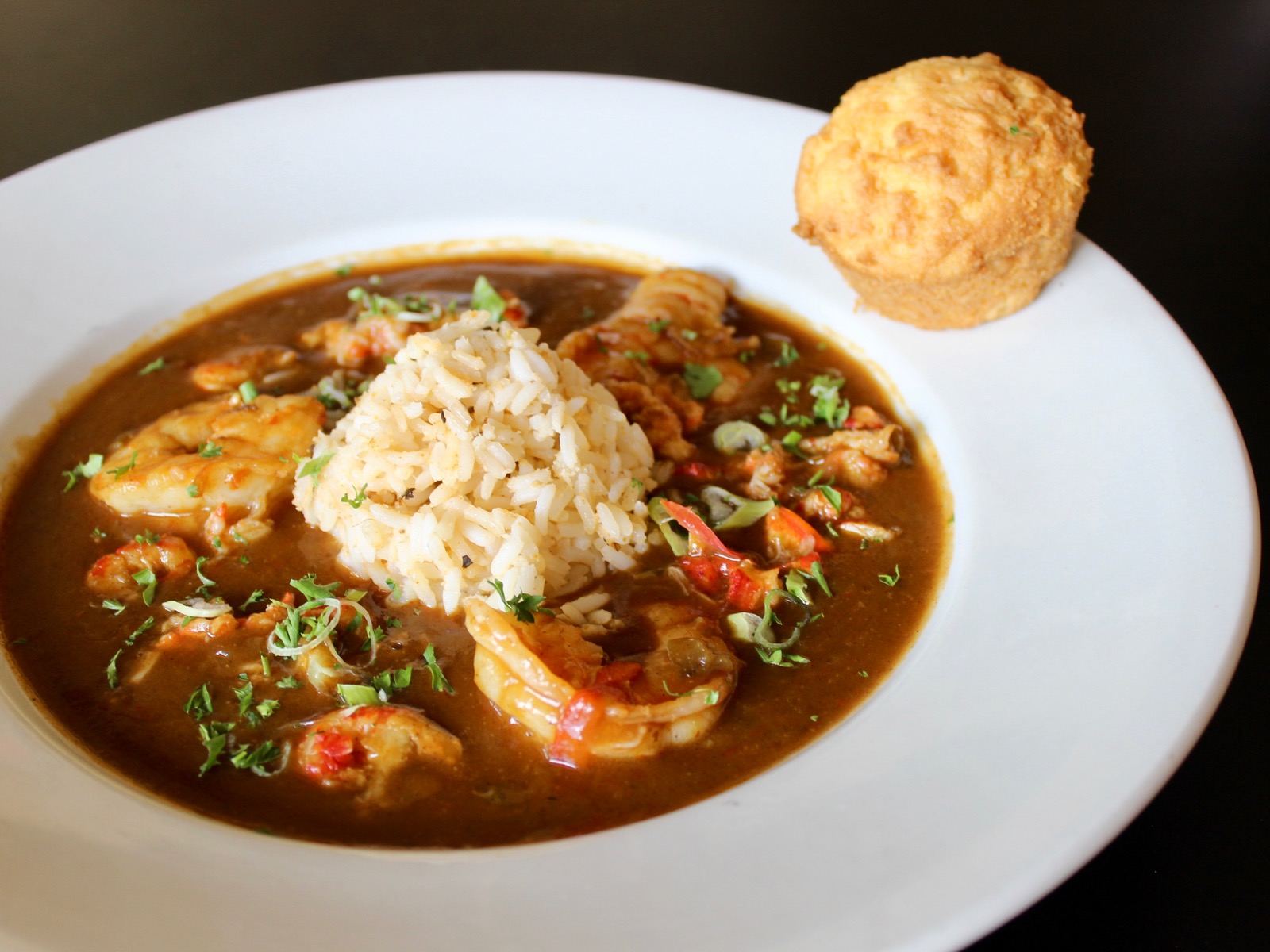 "If you’re a cajun place, you’ve got to have etouffee. Ours has crawfish, lobster and shrimp and it incorporates our house-made shrimp stock, so it’s a bit more luxurious than some. It’s definitely a dish for people who love shellfish." 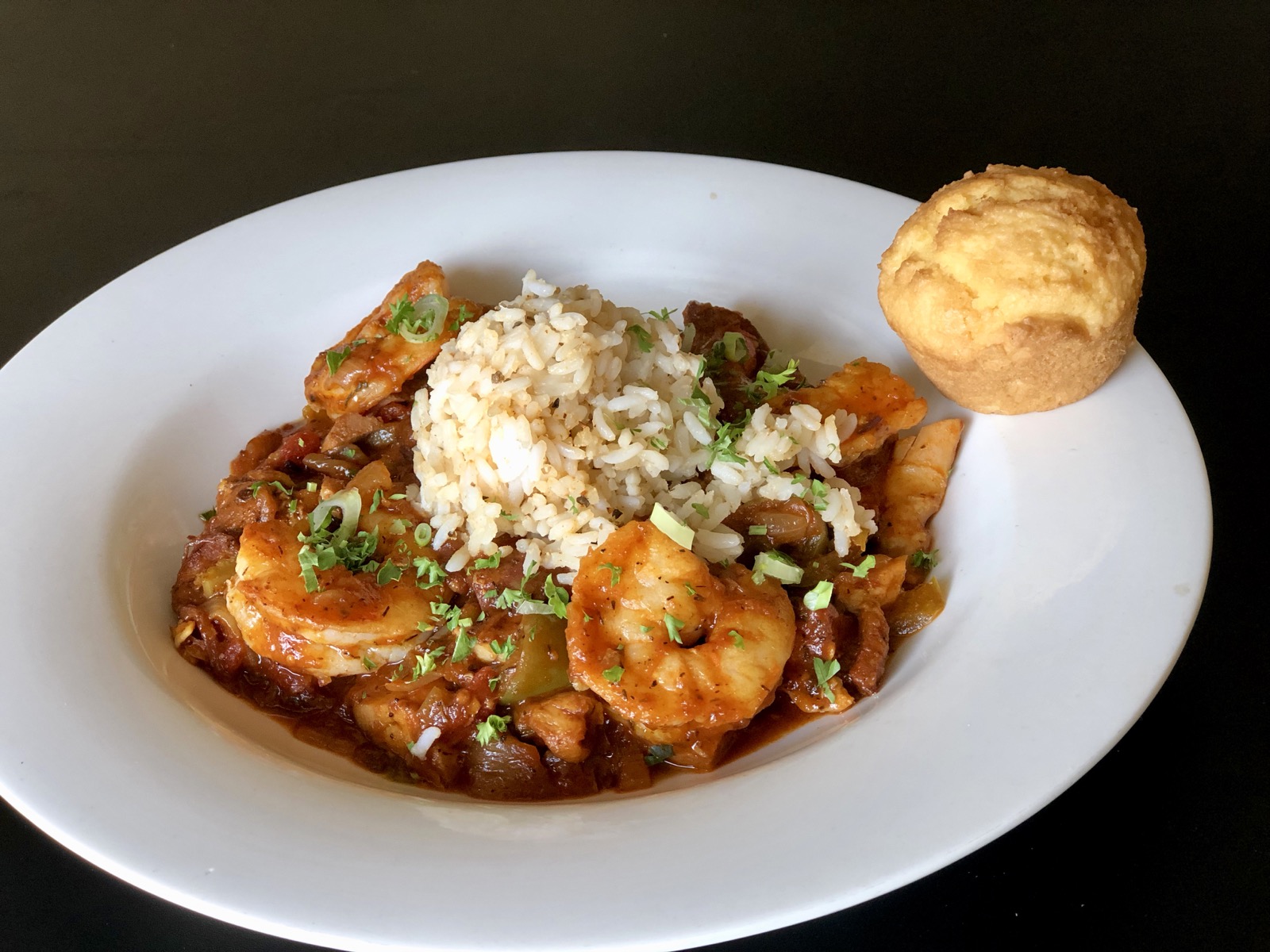 "We don’t shortcut on the steps that really build flavor," notes Meyer of the dish. "The only thing we do a bit differently is that we serve the rice on the side."

Among the real crowd-pleasers, says Meyer is the restaurant’s scallop and shrimp cajun pasta, a dish featuring pasta with a cajun cream sauce, fresh shrimp and seared scallops ($23). 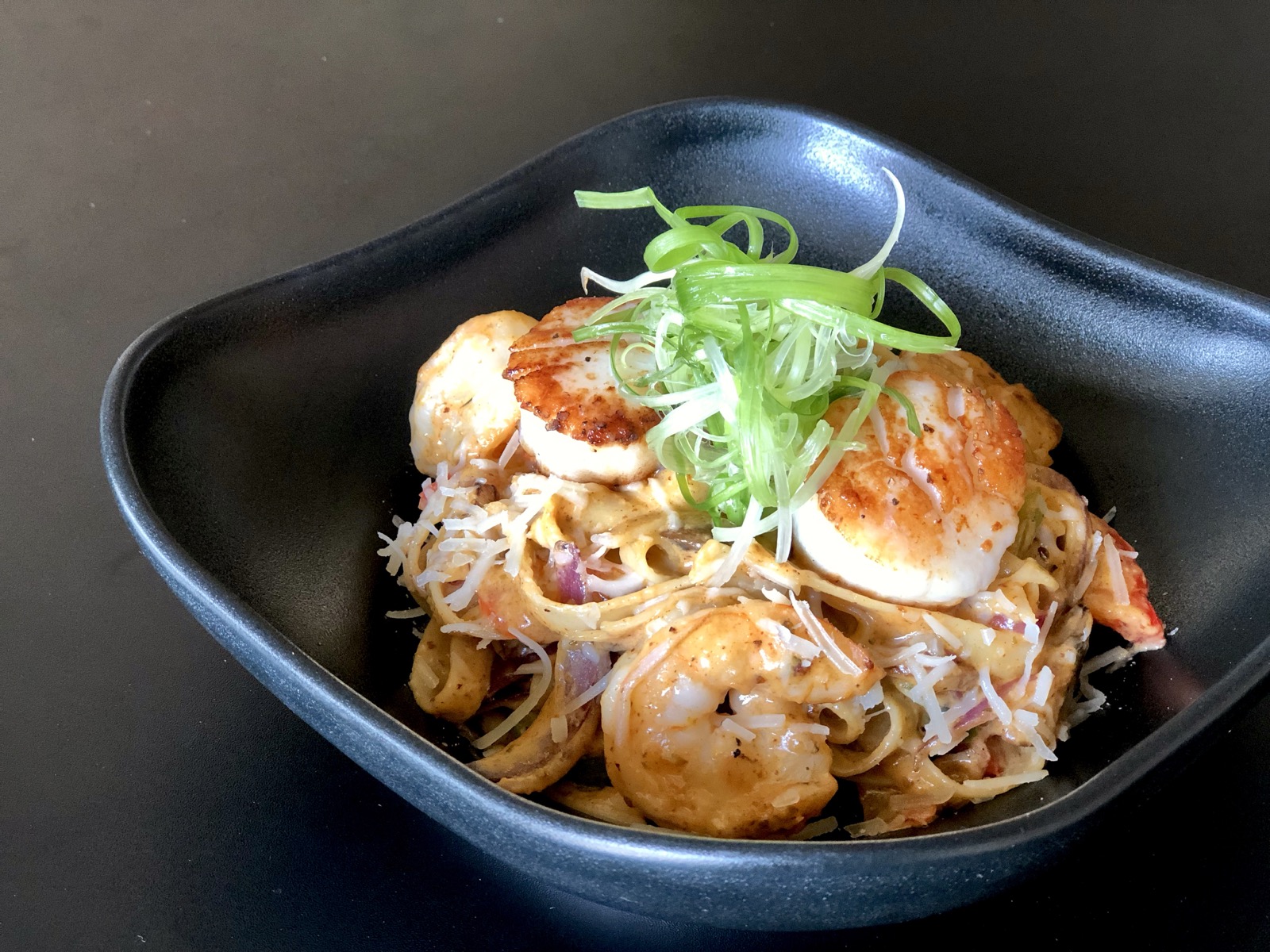 "It’s our number one seller," notes Meyer. "In fact, people come in all the time and say that they heard about it from a friend …" 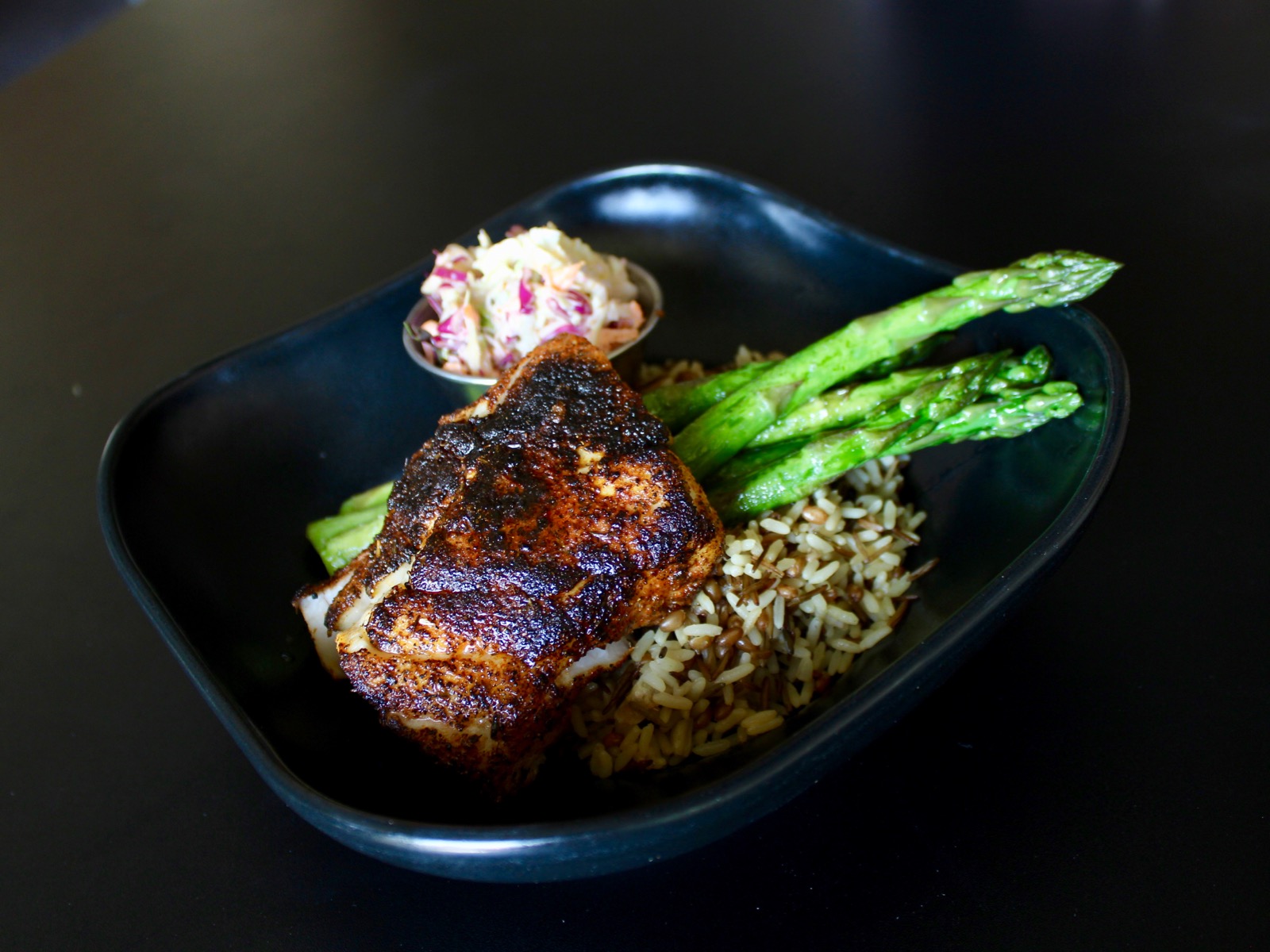 "In terms of seafood, we buy the best quality seafood we can get," says Meyer. "Our cod is chemical free and sourced from Iceland. We’re not purchasing lower grade. Even our fish fry is one large 8-ounce loin of beer battered cod, rather than two or three smaller pieces."

Meanwhile, babyback ribs are lightly smoked with hickory and served with house barbecue sauce (a molasses based sauce that’s vinegar-forward with a bit of kick),, sweet potato fries and coleslaw ($19/$26). 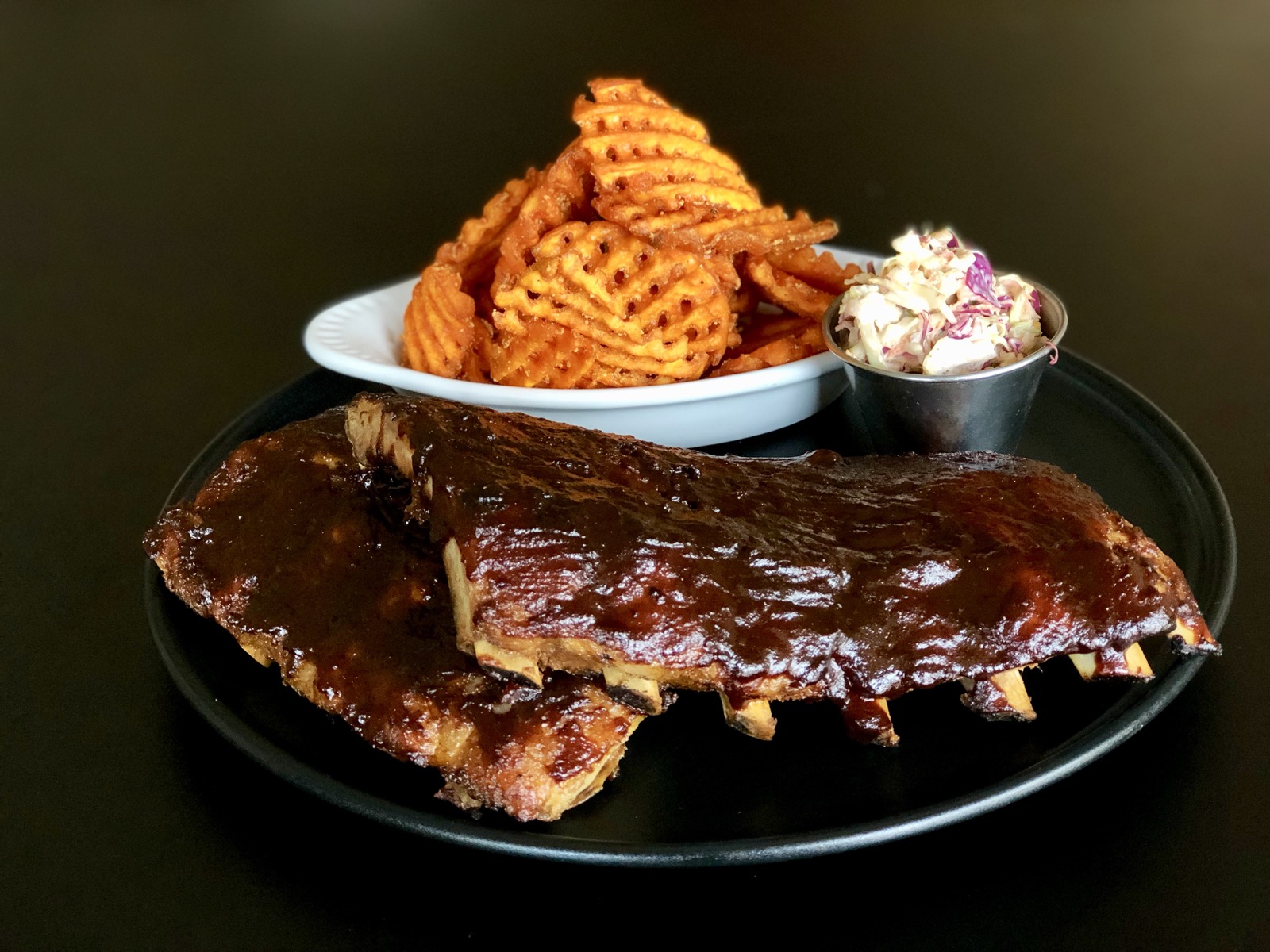 Guests can also try a bit of everything with the Southern smoked BBQ platter featuring a quarter-pound each of beef brisket and Carolina pulled pork along with a quarter-rack of ribs, red beans, maple collard greens and a corn muffin ($18).

"You don’t have to love cajun fare to eat here," Meyer adds. "Creole cuisine was based on multiple cultures that came together in a region and merged to create a culture. And that’s what we’ve really done here.

"You’ll see influences from Hawaii and Spain, but it all weaves back into the creole and cajun category. The goal is to really give people a really high quality product at a price that folks can afford more than once a year."