Milwaukee's 1840 Brewing Company and Madison funk outfit Steez worked together to create a new brew, called Creepfunk Haze, that will be released on Sunday, Oct. 31 at the Fall Harvest Fundraiser at Homestead Hollow County Park in Germantown. The event was originally slated for Oct. 25 at a different park.

But Milwaukee’s 1840 Brewing Company and Madison funk outfit Steez worked together to create a new brew, called Creepfunk Haze, that will be released on Sunday, Oct. 31 at the Fall Harvest Fundraiser at Homestead Hollow County Park in Germantown. The event was originally slated for Oct. 25 at a different park.

The 8 percent ABV hazy double IPA is, as the label states, “juicy and dank, just like the jams Steez throws down.”

The brew is being used as a fundraiser for United Way and Washington County Parks, which will split the proceeds of beer and brat fry sales at this weekend’s special release event.

According to 1840's Kyle Vetter there will be about 1,500 bottles of the new beer at the event, as well as some on tap, too. Any remaining bottles will be made available during the brewery's open hours the following Friday and Saturday. 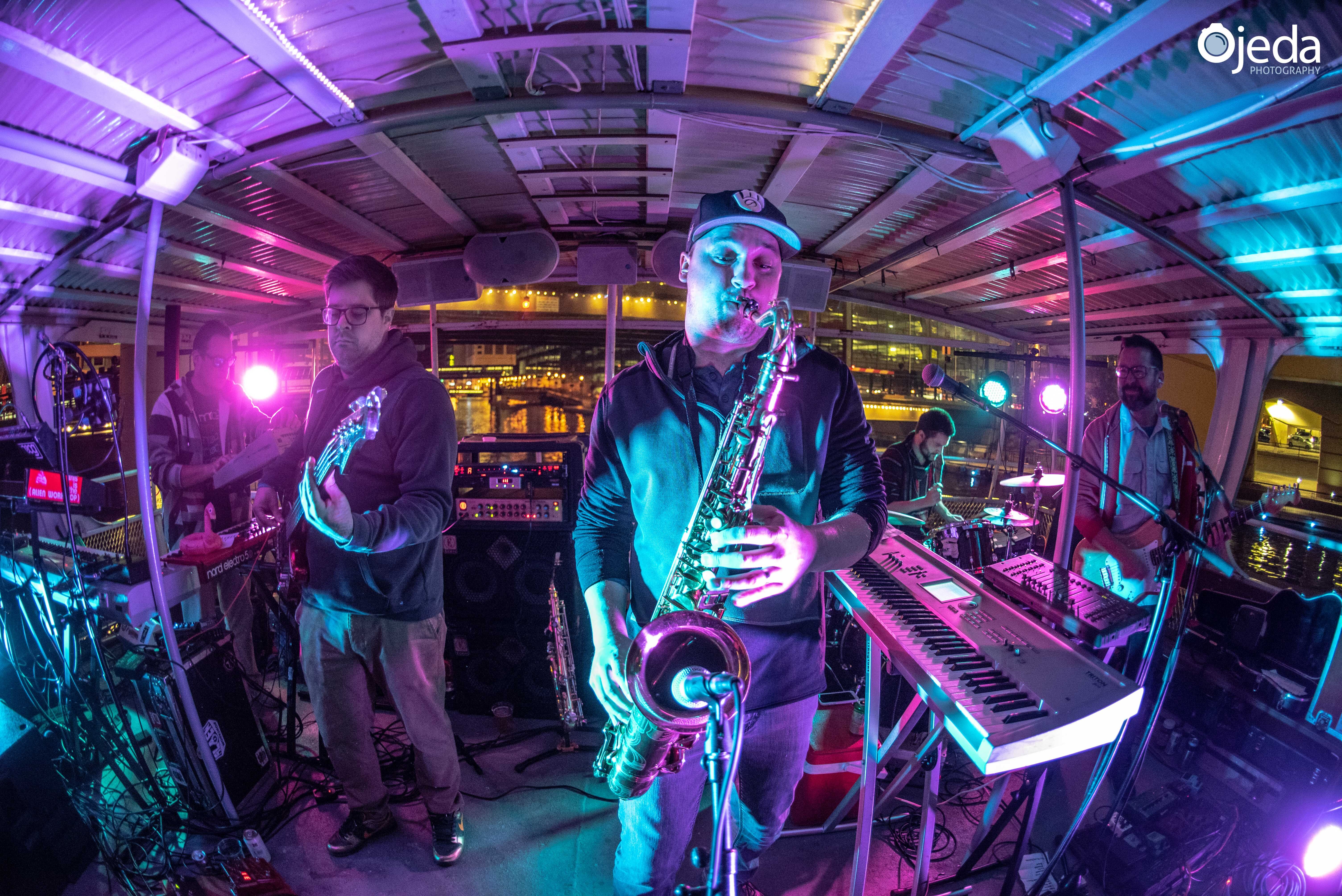 “This collaboration was a couple years in the making,” says Steez guitarist Steve Neary. “Most of the band members are beer fans – we are Wisconsin born and raised after all. I'm definitely a beer geek snob.”

“It turns out that we all share similar passions and it was clear we needed to unite music and malt beverages,” he adds. “This is definitely our first non-music collaboration of any kind, although we've been talking back and forth with Kyle about this since last year. Finally, our schedules were able to align and our hop monster is ready to be unleashed to the masses!”

Neary says that the band wanted a double dry-hopped IPA with citra and Vetter took it from there, also utilizing strata and lotus hops.

“Kyle came up with the full hop palate to create something sticky, dank and delicious,” says Neary. “I haven't tasted it yet but I saw a picture of a draw from the barrel and it looks thick!”

"This is our first musical collaboration," says Vetter. "Outside of breweries we have only worked with Lumpia City (food truck) on a collab. As with all collaborations the goal is exposure. Steez has a big following in Madison and the Fox Valley areas; two locations we plan to start selling beer in 2021. This was a great way for us to gain exposure to their fans and for us to show 1840 fans what Creepfunk is all about!

"I’ve known Matt for years and he played a solo set at our second anniversary party. Ever since then we have been talking about hosting the full band and releasing a beer together. He already had the name and he knew he wanted it to have Citra hops. So it was easy for us to take it from there."

You can get a taste of it yourself this weekend, plus enjoy a brat fry and live funk by Steez – all in the name of a couple good causes – at a lovely open-air park perfect for social distancing.

The event kicks off at 10 a.m., and there will be Halloween costume contests with prizes for kids and adults. Steez will perform two sets live music from noon until 3 p.m.

Please bring a non-perishable food item (or multiple) to donate.