Last year, Dead Bird Brewing announced it would open a brewery and taproom at 1726 N. 5th St., in Bronzeville/Halyard Park, just north of the Fiserv Forum. Now, owners Nick Kocis and Jeremy Hach, who have already been releasing beer contract brewed at MobCraft have launched a Kickstarter to get them closer to their goal.

Last year, Dead Bird Brewing announced it would open a brewery and taproom at 1726 N. 5th St., in Bronzeville/Halyard Park, just across Walnut Street from the ready-to-pop Haymarket neighborhood, just north of the Fiserv Forum and its live block.

Now, owners Nick Kocis and Jeremy Hach, who have already been releasing beer contract brewed at MobCraft have launched a Kickstarter to get them closer to their goal.

The new 3,300-square foot taproom and production space will be located in a former bindery building adjacent to, and just north of, the offices that Retailworks has occupied since last spring (pictured below). 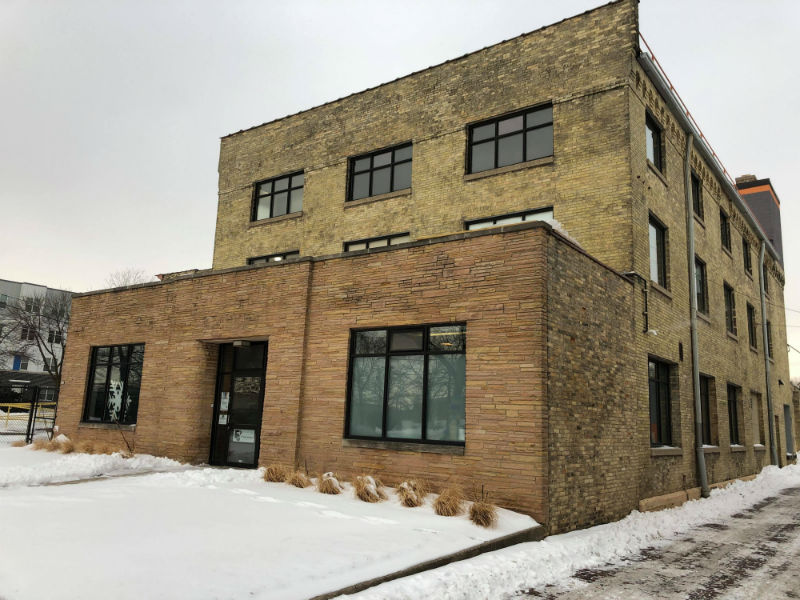 Soon, Pilcrow Coffee will relocate from its King Drive location to a 414 W. Walnut St., next door to the brewery.

The building was designed by Herman P. Schnetzky and erected in 1890 for local grocer William Steinmeyer, and got additions designed by Carl Ringer and Ferry & Clas in 1896 and 1900. There is also a 1960s era cinder block addition. In more recent times, the building had been home to Dillon Bindery.

According to Kocis, the new place will have 16 tap lines, including a dedicated gluten-free line – likely mostly supplied by Trevor Easton at Madison’s ALT Brew – a range of house made sodas (Dead Bird has recipes for root beer, sarsaparilla, vanilla cherry phosphate and a spicy cola) and a vegan and vegetarian-friendly artisan snack menu with an international bar snacks focus, as well as, at a later date, Neapolitan-style pizzas.

Visitors may also find some nitro cold brew on tap, too.

"From our soon to be neighbors at Pilcrow Coffee," says Kocis. "We're excited about having variety of beverage options on the same block." 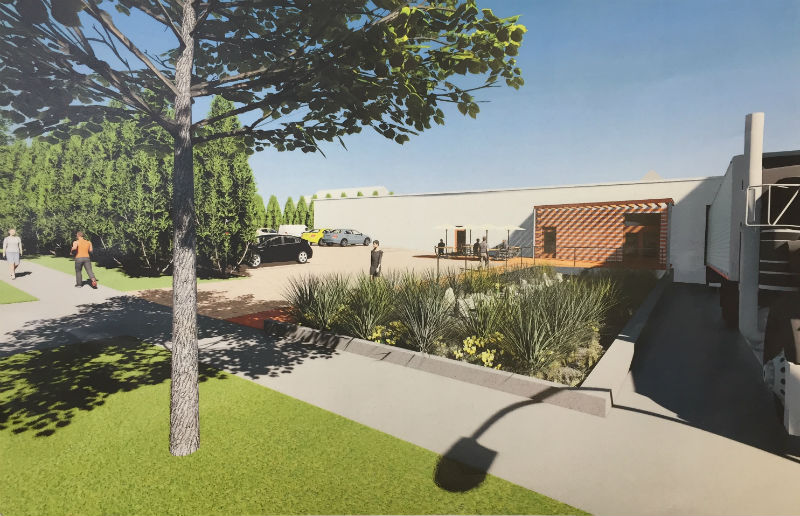 "Around 1,700 square feet will be dedicated to seating and a stand-up retro arcade," says Kocis, who adds there will also be indoor bocce courts.

"We'll have around 900 square feet of outdoor beer deck that will be situated over a Wisconsin native plant planted bioswale. The feel will be of sitting on a boardwalk over a wetland area, very cool. We'll have a large 30-space parking lot."

Kocis’ background is in biochemistry and molecular biology and he’s used that scientific knowledge in the creation of deliciousness, having worked in coffee shops and wine bars before joining Capital Brewery.

Later, he returned to House of Brews to serve as head brewer. There he met Hach, who has an MBA and in addition to being a homebrewer has worked in beer and bars for a decade, and the two started Dead Bird in 2015.

"House of Brews closed recently and we decided the next move for the company should be a brick and mortar location," he says. "My wife started grad school at UW-Milwaukee this past fall so Milwaukee was an easy choice for us."

The two have preferred to create specialty beers that pack a high ABV and are crafted from unique ingredients, like the ruby red grapefruit zest that fueled the early brew called Pamplemousse.

"The beer will be a variety with a few staples," Kocis says. "I do want to have a decent showing of European-style lagers and more traditional beers. I really like ESB, bocks and pilsners. Of course we'll do some weird new juicy hazy fruity juice beer thing, too, because that's what the market demands." 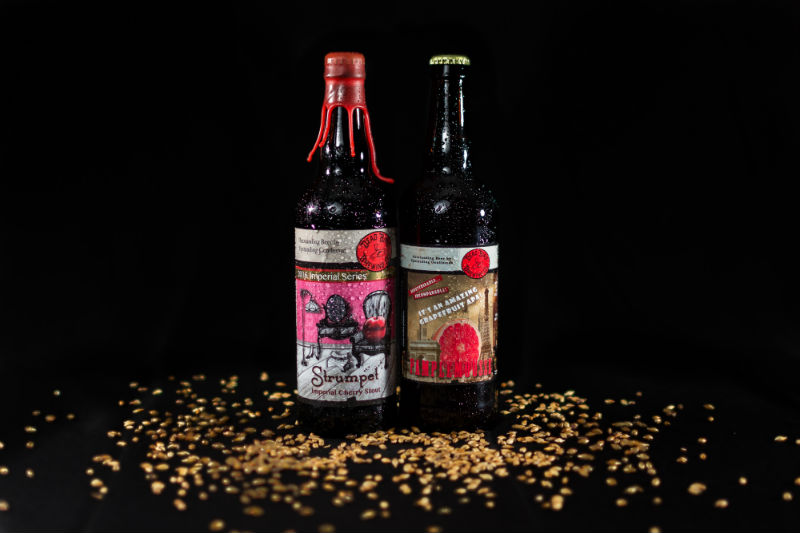 Though the pair has been working hard to get Dead Bird going, the federal government hasn’t helped much.

"The company was started in spring of 2015 and because of the government shutdown occurring at the time we didn't put our first beer on shelves in November of that year," says Kocis.

"Since then we expanded to over 60 retail locations in Dane and Milwaukee Counties. We've focused mostly on large format, 22-ounce bombers, and because of that packaging have released primarily high-gravity beers that finish above 8 percent ABV. Our keg options are more sessionable and approachable with more rotating options."

Now, as Dead Bird is working to get the taproom and production facility up and running, Washington has again conspired to slow it down.

"Oddly enough we were caught up in our second government shut down in December when we applied for our federal brewery permit," says Kocis. "We currently have a federal wholesale permit and a state brewing license and we contract out of Mobcraft right now.

"The shut down might delay our onsite brewing for up to eight or nine months so we have put our system on hold for now until we know for sure when we can get it up and running. We're looking at a small pilot/micro system doing two-three barrels at a time with around 15 barrels of fermentation space. We'll also be doing some barrel aging and hopefully some ultra high gravity barrel fermentations. It should provide us with something akin to a 30 percent abv whiskey."

Kocis says larger production runs will continue to be packaged at MobCraft.

"We will have a very small packaging option that allows us to do some limited bottle and can releases out of the taproom," he adds. "We’ll also have crowlers and maybe growlers for to-go beer."

So, when you can kick back near the bioswale with a beer and maybe roll a couple rounds of bocce?

"We’re shooting for a grand opening for Memorial Day weekend," says Kocis. "Hopefully up and brewing by the end of the year. The shutdown has for sure delayed us. Right now we are waiting on city grants to start building,. We’ve got all our contractors lined up and waiting so we can start as soon as they approve us."

If you can’t wait to get in on the act, visit the Kickstarter campaign here, which has a video, a virtual walkthrough of the space and more.

Old Germantown is finally firing up its farmstead brewery