A new meal delivery service offers up comforting, home-cooked fare (and favorite recipes from Boder's on the River) for busy professionals, families and retirees who simply want a break from the daily cooking grind.

For some, cooking is an enjoyable, relaxing pastime. For others, it’s a chore they’d prefer to avoid. But for Kathy Burghardt and Suzy Wagner, cooking meals represents both a livelihood and a second chance.

Burghardt and Wagner are longtime friends and owners of Delish Delivered, a new meal delivery service which offers up comforting, home-cooked fare for busy professionals, families and retirees who simply want a break from the daily cooking grind.

"We do the kind of food that someone would want to eat if they were cooking for themselves, as well as some dishes that people might not want to tackle," says Wagner, who prepares the meals for the new delivery business. 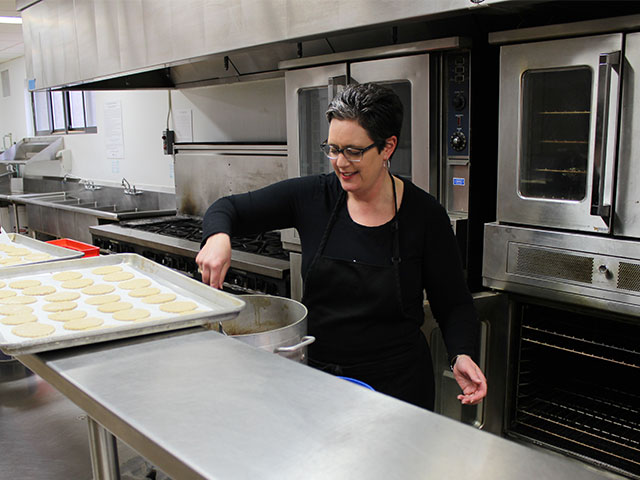 Burghardt, who handles business operations, says their business caters to people with busy lives or those who simply would prefer to spend their time doing something other than cooking.

"I like to cook, says Burghart. "But figuring out what to make, buying the ingredients and cleaning it all up takes time. Taking advantage of meal delivery means you can do things that make you happier ... spend time with your family, get more organized, spend more time at work. It’s also a great option for someone who’s just had a baby or who is recuperating from an illness."

Wagner, whose family owned Boder’s by the River in Mequon, grew up in the restaurant industry.

"My great grandfather, John Boder, started the restaurant in 1929," she says. "Eventually, my grandparents took it over and then my mom [Nancy] and dad [John] and her two sisters managed the restaurant for a number of years before it closed in 2001. I worked for my parents when I was growing up. I loved the restaurant business – and I always loved to cook – but unless you have a husband in the business that you are working with, it’s pretty tough." 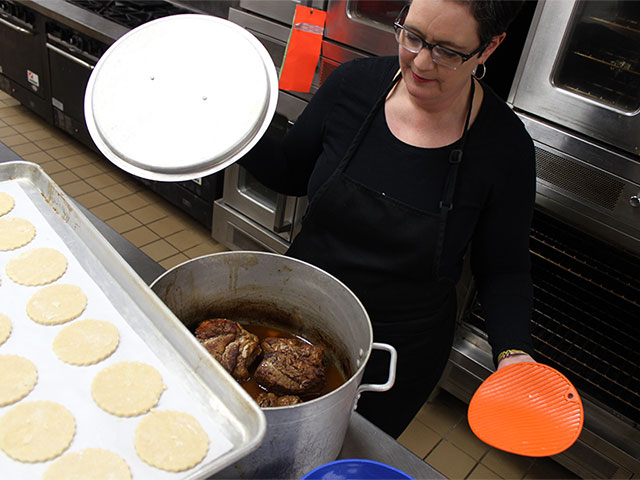 Instead, Wagner pursued her career as a teacher and daycare provider, eventually launching her own business, Generations at Play, a cafe and espresso bar with a children’s play area that provided a gathering place for parents and their kids. After closing Generations at Play, Wagner went back to teaching for a time, but quit to care for her son who was diagnosed with cancer.

Meanwhile, Burghardt spent time abroad in Japan before launching a career in international relations and eventually coming home to work for her family’s business, Burghardt’s Sporting Goods, for nearly 19 years. But when family conflict arose within the business, Burghardt decided to try something different.

"As a single mom, I always felt bad that we were eating so much takeout," she says. "I worked long hours, and it happened all too often. So, I really went on the hunt for options for healthy dinners that didn’t require a lot of work."

Burghardt says signed on as a franchisee with a meal delivery service, through which she built a relatively healthy clientele over the course of about two and a half years. But she became frustrated by the limitations of the business.

"There were so many fees that it was difficult to make the business profitable," she notes. "And we were bound to use recipes that were endorsed by the company."

That’s when the two women decided to join forces.

"We were both looking for regular jobs, and we got to talking ... what do we want to do when we grow up?" says Burghardt. "I still had customers who wanted meals from me. And Suzy came from the restaurant business. So, it seemed natural that we could work together."

Ultimately, the opportunity presented an option for the two women to reboot their careers while making a difference in the lives of others.

"After experiencing several devastating losses and many challenges, the term that we toss around, ‘life is short,’ has taken on a new meaning," says Burghardt. "It really is true, and I believe that we are meant to enjoy our time here as much as possible before we are gone. I love making life easier and more enjoyable for people by removing the daily dinner dilemma."

"We’re essentially a personal chef service that delivers," notes Burghhart. "We allow people to ditch the weekly stress of putting meals on the table."

The process is simple. Customers can go to the Delish Delivered web site and choose from a variety of meals, which can be ordered and delivered directly to their homes or offices twice per week, between 3 and 5 p.m. on Mondays and Wednesdays.

Meals, which are prepared by Wagner in a commercial kitchen in Mequon, include comfort food staples like meatloaf with mashed potatoes and green beans, stuffed peppers and a turkey pot pie, as well as options like tequila lime chicken over fettuccine, maple glazed ribs and Spanish paella.

Meanwhile, other recipes – like chicken Wellington, seafood stuffed sole and planked salmon – are family favorites from the menu at Boder’s on the River.

"My dad served as head chef at Boder's while I was growing up," says Wagner. "And his expertise and input has been invaluable to us as we create our menus." 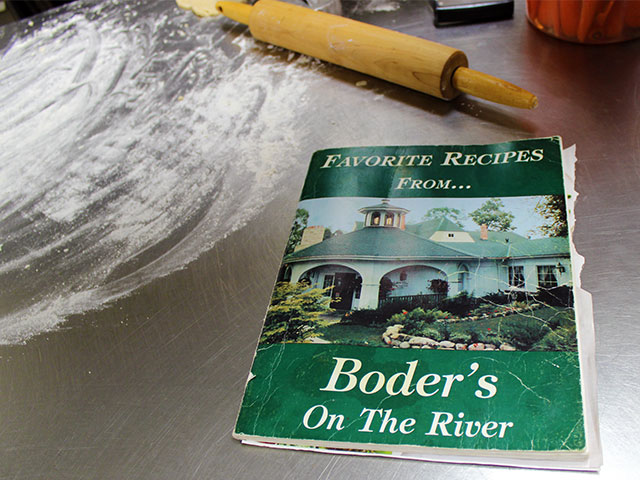 Moving forward, Wagner says they’ll be expanding the menu to include more Boder’s offerings, including desserts like Boder’s famous schaum torte, cherry and blueberry muffins, and corn fritters. They will also expand their services to include cooking for dinner parties and events.

Pricing for recurring orders is $25 per meal for family portions, which feed two adults and two children, or $10 for individual portions. Individual items can be ordered for $12/single or $30/family. Orders must be placed by Saturday evening for delivery the following week.

For more information, or to place an order, visit delishdelivered.net.

Madison entrepreneurs lead by example in breaking down high-tech barriers