6 reasons why you shouldn't have missed Disturbed at Fiserv Forum

From the tour's blazing fiery production to some of the night's slower but equally memorable moments, there were many reasons you should have missed Fiserv Forum's best heavy metal show of the year.

Currently on tour in support of the 2018 album "Evolution," Disturbed (with special guest In This Moment) brought its headlining tour of the same name to Fiserv Forum on Sunday night. Performing for nearly two hours, Disturbed frontman David Draiman showcased his impressive vocals for the packed Milwaukee crowd.

From the tour’s blazing fiery production to some of the night’s slower but equally memorable moments, there were many reasons you should have missed Fiserv Forum’s best heavy metal show of the year.

Here are six reasons why you shouldn’t have missed Disturbed’s headlining performance at the Fiserv Forum:

1. A rare opportunity to support a Chicago export 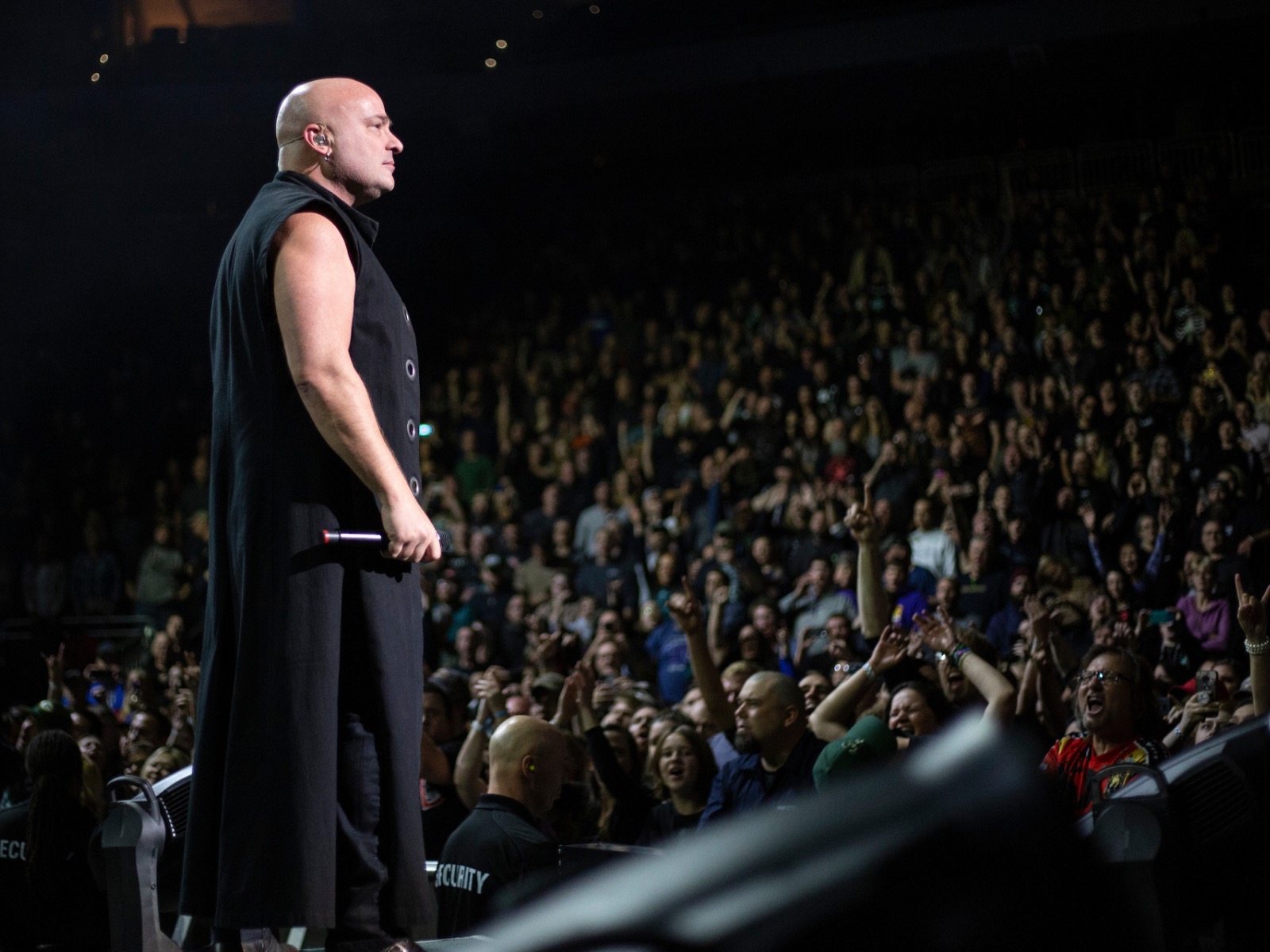 While Chicago staples like Portillos, WhirlyBall and Lou Malnati’s are all being embraced in Milwaukee, it’s still difficult for many Wisconsinites to support anything Illinois- or Chicago-based. Fans will gladly make an exception, though, whenever Disturbed comes to town.

The Windy City natives have decades of experience and have been one of the best heavy metal bands since they emerged in the early '90s. Fans in Wisconsin set rivalries aside to rock out with Disturbed for its roughly two-hour set. 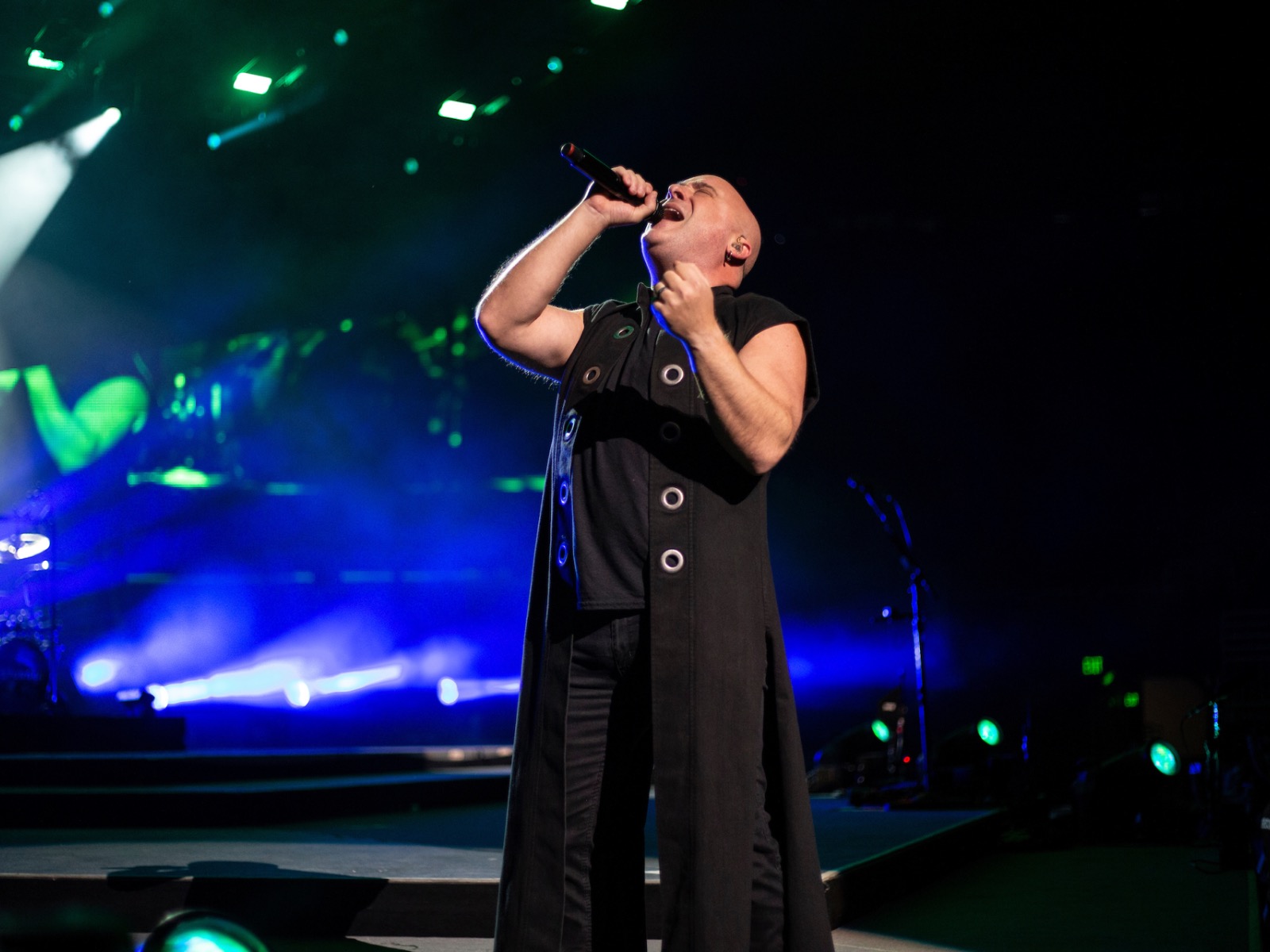 Sunday night’s performance came with an added bonus for fans as every ticket purchased came with a free digital or physical copy of Disturbed’s latest album, "Evolution." While the band showed a lot of love to its entire seven-album discography, Draiman and company performed a number of tracks from the 2018 album, including "No More," "A Reason To Fight" and "Are You Ready?," which kicked off Sunday evening’s performance.

3. Disturbed dedicated part of the night to suicide awareness 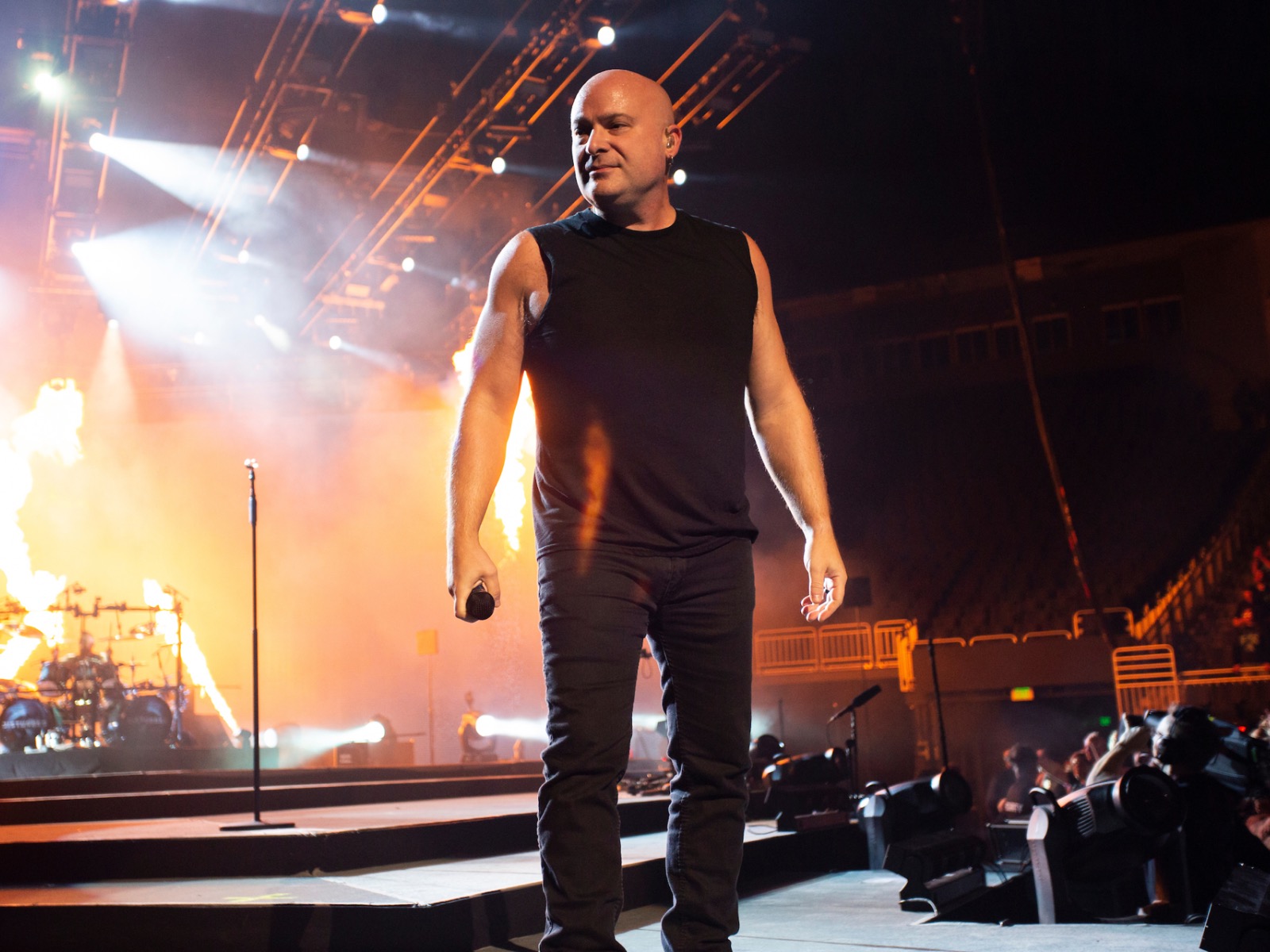 While the night was fun and entertaining from start to finish, the headbanging was put on hold when Draiman took time to talk about mental health and suicide. Addressing some of the famous rockers who lost their lives to suicide in recent years, including Linkin Park’s Chester Bennington, the number to the National Suicide Prevention Hotline was displayed on the tour’s video board while Draiman shared a moment with the crowd.

While Disturbed loves performing on stages for thousands of fans a night in some of the biggest arenas in the world, it is clearly conscious of the ways that mental illness, depression and addiction affects so many artists in its industry. 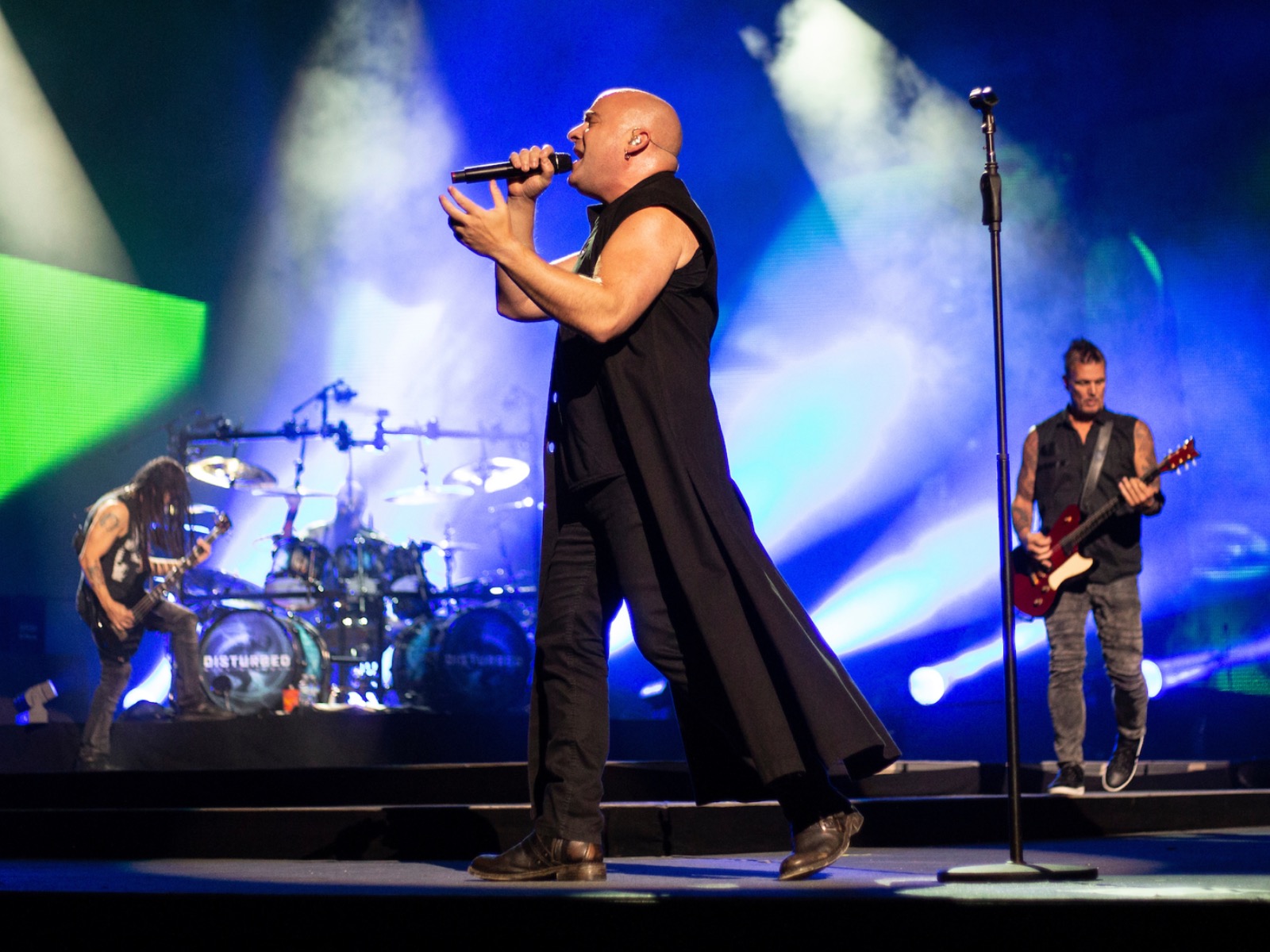 With no disrespect to the band's impressive catalog of hits, one of Disturbed's best recordings and live performances is a cover. If you’re a Disturbed fan, you know that I’m of course referring to the famous 2015 rendition of Simon & Garfunkel’s "The Sound of Silence."

The hard rockers gave new life to the 1964 track and their live performance of the cover was one of the standout moments from the entire set on Sunday. From Draiman’s energy to the piano that was engulfed in flames, the rocking performance was memorable for countless reasons.

5. The show had enough fire to heat up the city 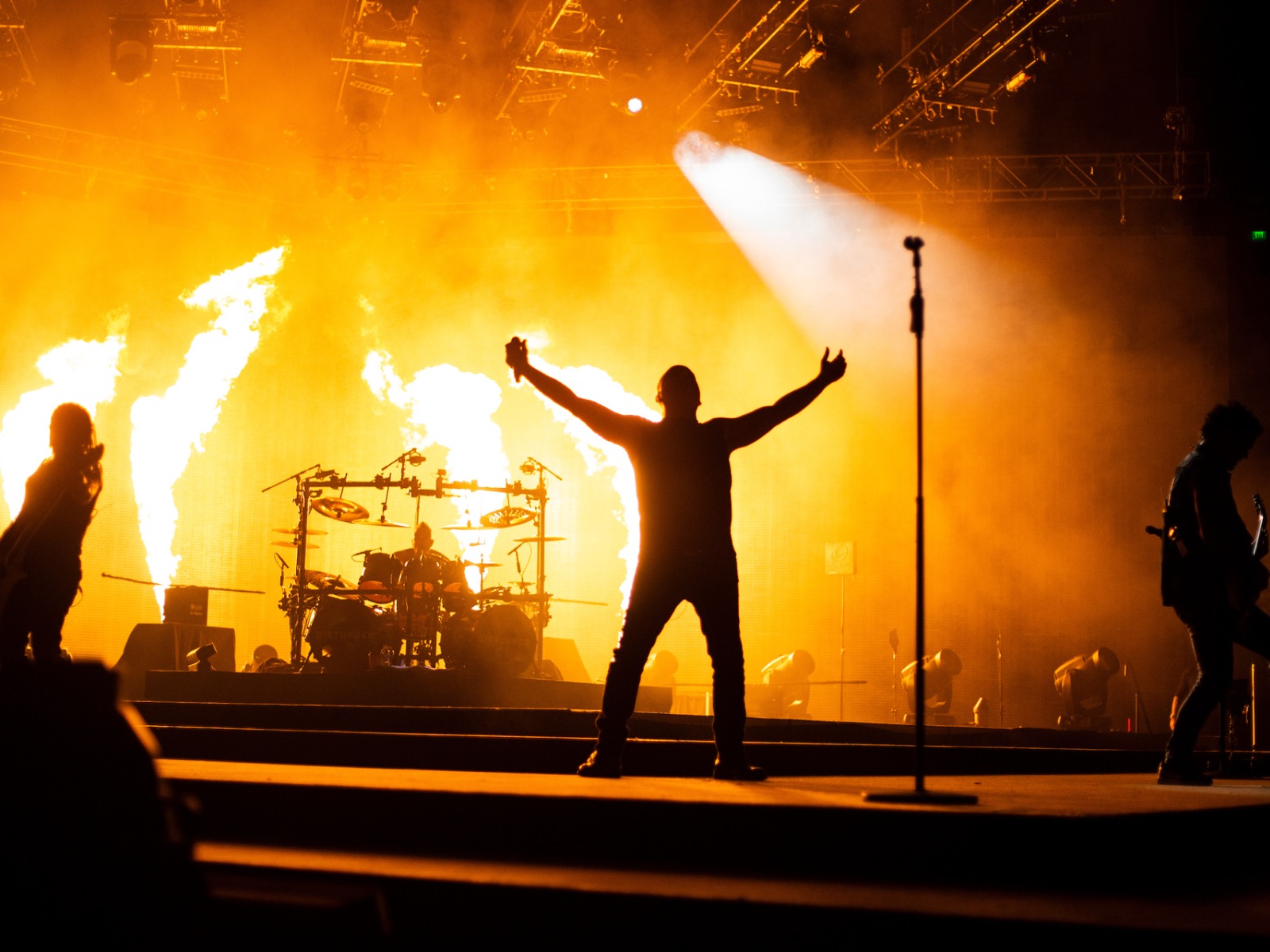 If Disturbed performs without a ton of pyrotechnics, was it even a Disturbed concert? I’d argue no. Luckily Sunday night’s performance had enough fire to burn down an entire small village.

From the night’s performance of the fittingly titled "Inside the Fire," which had ropes of fire hanging from the arena’s rafters, to the constant pyro in "The Sound of Silence" and "The Vengeful One," the tour’s fiery production made Milwaukee feel like summer again and made for a visually stimulating experience. 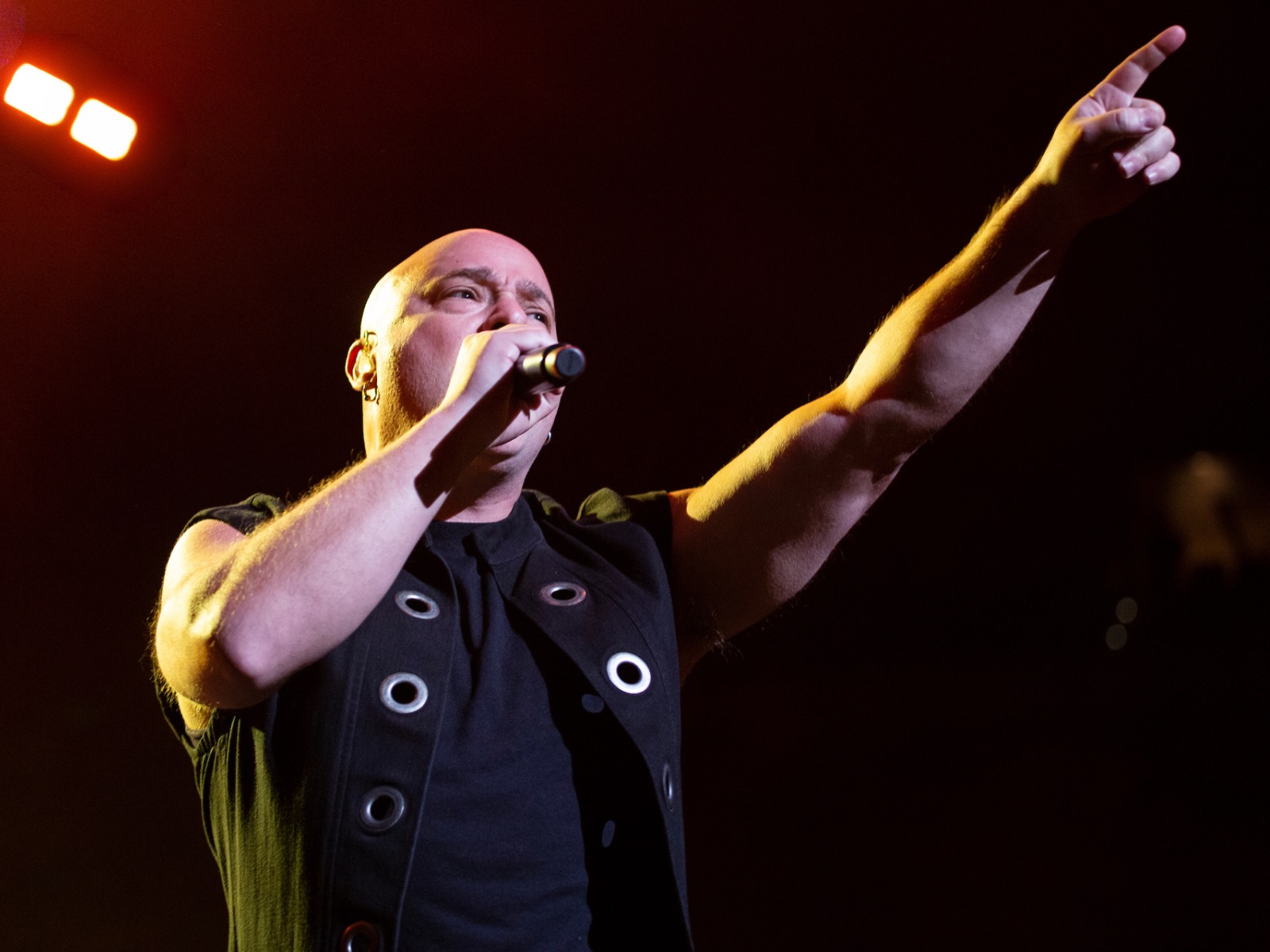 Saving the best for last, Disturbed capped an already great night with an encore performance of the breakout hit single, "Down with the Sickness," from the 2000 debut LP. While the Chicago natives have had their share of hits throughout the past couple decades, "Down with the Sickness" remains as the band’s most successful song to date and was not only a perfect ending to Sunday’s concert but a great reason for fans to enjoy the band’s entire set.

A conversation with Paul Dabek, aka The Trickster, of The Illusionists

This month in live music: Who's hitting Milwaukee stages in December

In case you missed it, Shaq is coming back to DJ in Milwaukee