Milwaukee Bucket List: Does Lakefront Brewery live up to the hype?

Lakefront Brewery has probably the most famous tour in Milwaukee. All around town and even in other cities I've seen the well-known "LB" logo on people's sweatshirts and beer glasses. I went Saturday to see if Lakefront lived up to the hype.

Lakefront Brewery has probably the most famous tour in Milwaukee. All around town and even in other cities I’ve seen the well-known "LB" logo on people’s sweatshirts and beer glasses.

So either the company does really well advertising and selling merchandise, or people really enjoy the place and its beer. Or both. I did the Sprecher Brewery tour several years ago, so I had that for comparison. I went Saturday to see if Lakefront lived up to the hype. 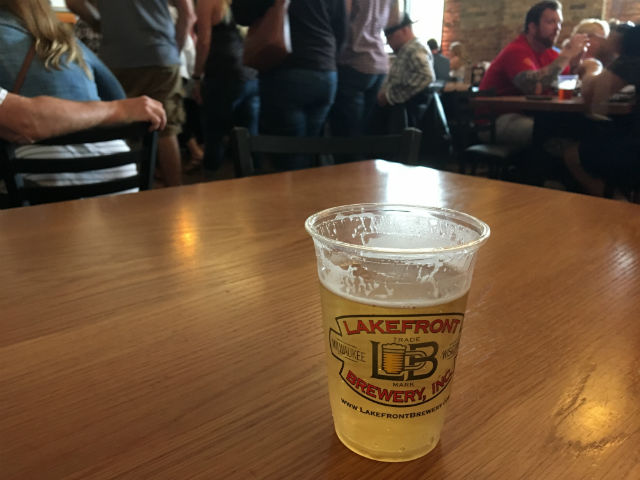 Initially, walking into the building, I enjoyed the large, loud atmosphere of the beer hall. The place was packed, and there were lots of people on my 2 p.m. tour. I was able to sample some beer before the tour started and bring some on the tour.

The tour guide was a college dropout with a sophomoric sense of humor. I rolled my eyes at his first few jokes about ex-girlfriends and the double entendre about the head of beer, but his jokes got funnier as my consumption increased throughout the tour. 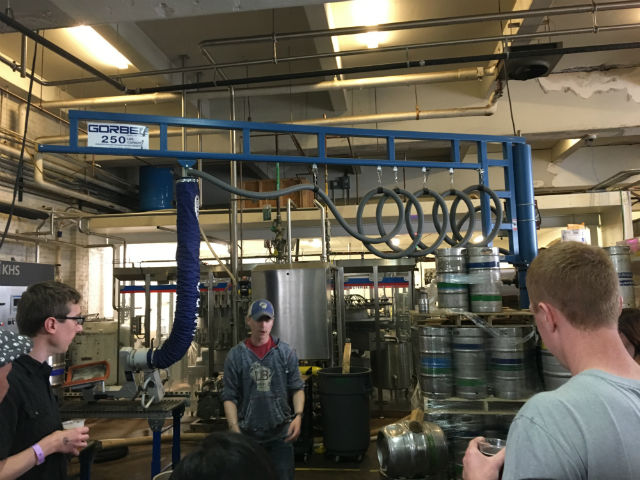 The tour was very informative, more so than the one at Sprecher, complete with laminated photos the tour guide raised above his head to illustrate the points. I got to learn a lot about the history of the facility as well as the exact path the beer takes through the building as it's brewed. There was even a mini-bar beer sampling station in the middle of the tour so we could refill our sampling cups.

The sprawling outdoor patio was beautiful. Even though the weather that day wasn’t ideal for June – cloudy, windy and somewhat rainy – it was still fun to sit out on the edge of the river. Kayakers and boaters passed by and the mini outdoor bar kept drinks accessible. There was definitely a good vibe going. 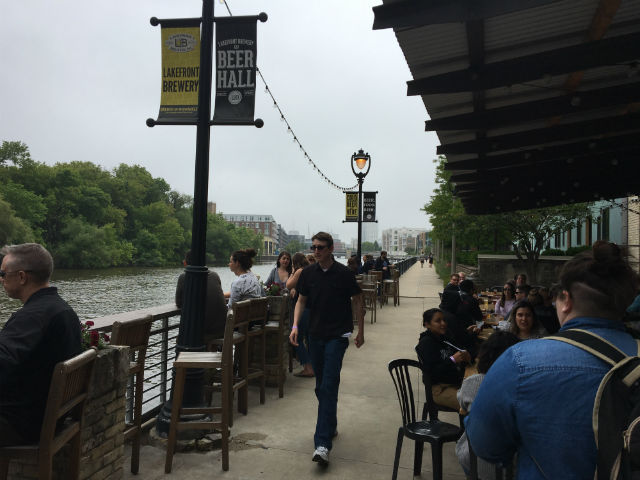 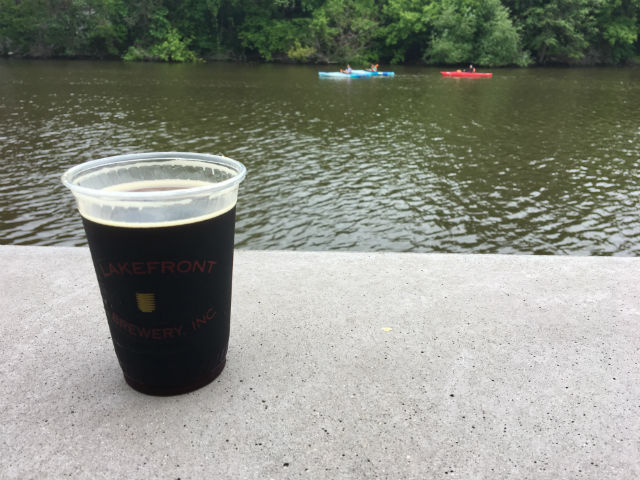 I ordered some cheese curds and French fries, as well, to go with the beverages I tried. The fries were good; the cheese curds were out of this world. The cheese wasn’t overpowered by too much breading and still had that wonderful squeak. The garlic ranch sauce was the perfect pairing to the heavenly bites. 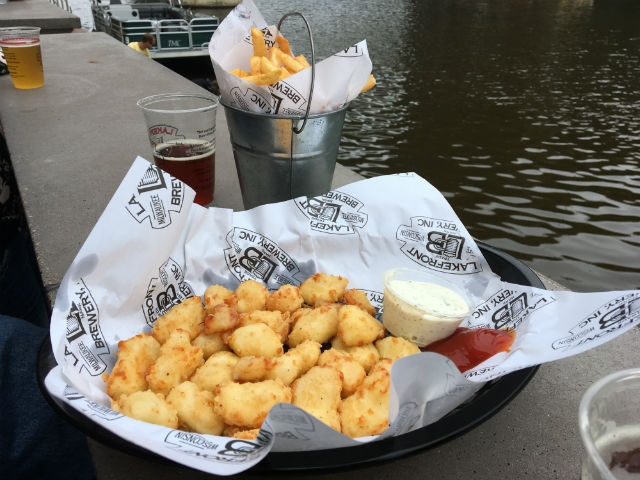 All in all, I would say it was an incredible value. At just $11 a ticket, I got a 45-minute tour of the facility, four 6-ounce refills of beer samples, a souvenir Lakefront Brewery glass and a coupon for a free Lakefront pint elsewhere. The tour did drag on a little; there’s only so many giant silver containers you can see. But I had a lot of fun, Lakefront does live up to its hype and I’ll be coming back for the beer and cheese curds!

A Grebe's cruller-inspired stout? East Troy Brewery has it!