Beginning Feb. 10, you'll be able to enjoy every last bit of the new Drink Wisconsinbly Pub. In the meantime, here's a sneak peek of the new concept, which we found to be just as playful as it is delicious.

In the meantime, we’re offering up a sneak peek of the new concept, which we found to be just as playful as it is delicious. 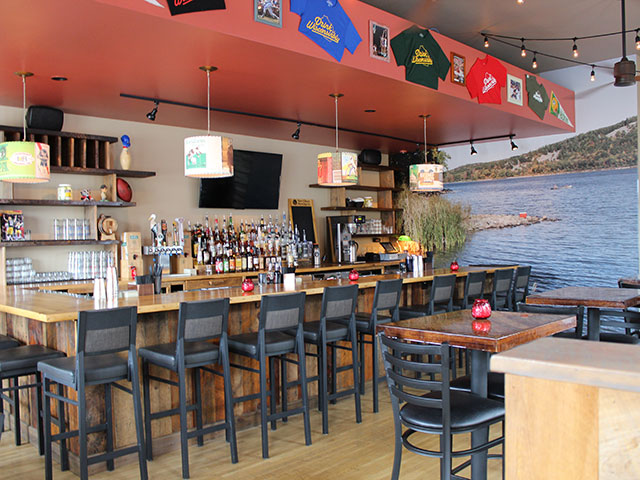 Take first the atmosphere, which resembles a 2016 version of a 1960s tavern with its kitschy lamps emblazoned with Wisconsin postcards and brewery logos, a wall mounted buck and plenty of Drink Wisconsinbly T-shirts and glassware, which will also be available for purchase. 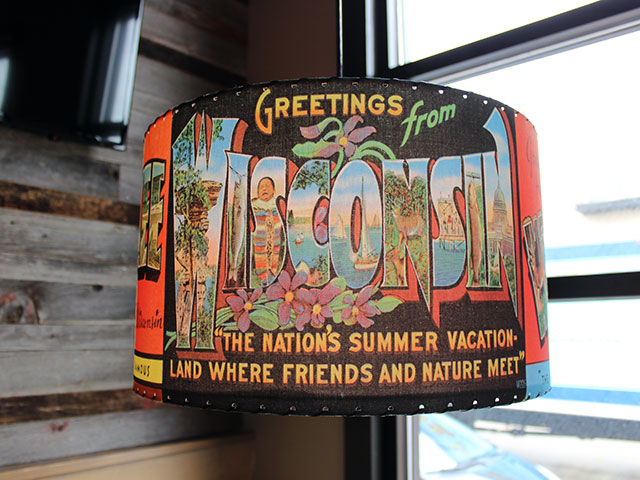 The hallway leading to the restrooms and patio is adorned with photos from the Wisconsin Historical Society embellished with captions written by ex-Onion writers.

Need a restroom? Just look for the photo of Joanie or Chachi to determine where to go.

In keeping with the venue’s theme, the Drink Wisconsinbly menu is decidedly un-fancy. its emphasis lies on sandwiches, sausages and salads, with a few fun items thrown in for good measure. And virtually no items creep above $15, with most settling in under $12.

There are fried cheese curds and pork belly poutine, along with a DW Platter featuring local meats, fish, cheese, pretzels and house garnishes. And you can kick back at the bar with a Bavarian style pretzel served up with Old Milwaukee and Clock Shadow cheddar cheese sauce.

Of course, you could also indulge in the slightly spicy DW wings brined with paprika and cayenne pepper and served up with ranch-dipped cucumber sticks. 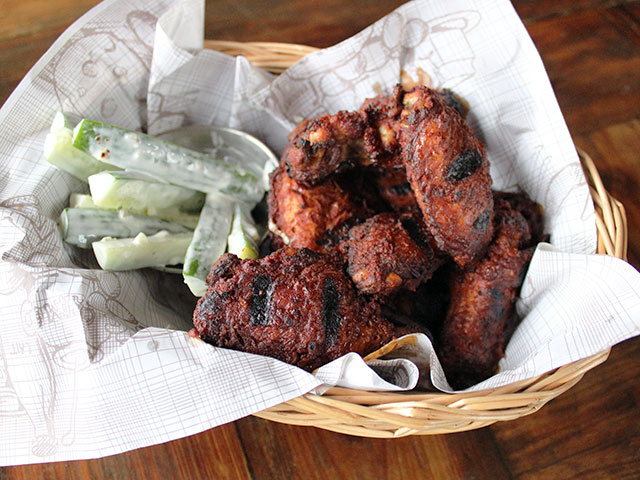 In the salads department, you might want to save yourself for the oh-so-retro 7-Layer Salad (also available as a side), which comes complete with iceberg lettuce, cherry tomatoes, cucumber, peas, cheddar, bacon, hard boiled eggs and citrus sour cream. 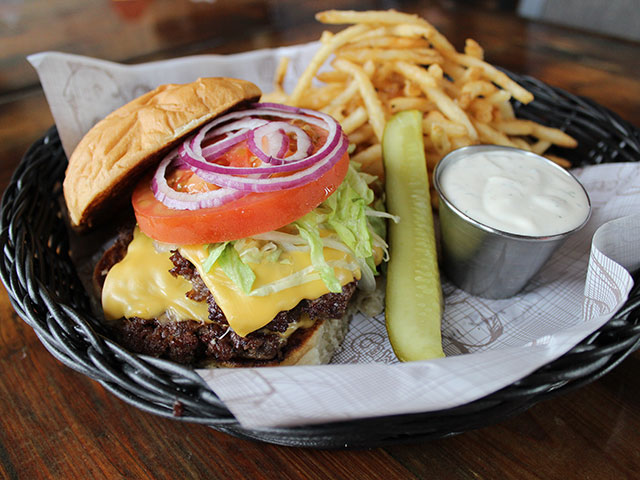 Meanwhile, Wisconsin-made sausages include Polish, bratwurst, Hot Italian and an all-beef frank which you can get with kraut and fresh or sauteed onions. There are also sandwiches like a classic grilled cheese, pork belly sandwich, a PBR-marinated chicken sandwich or open-faced bacon-wrapped meatloaf with mashed potatoes, gravy and crisp onion on sourdough bread.

If you’re in the mood for dessert, you can opt for a kringle sundae made with Leon’s custard or conjure the Wisconsin State Fair with brown sugar battered oreos and Purple Door cookies and cream ice cream with chocolate sauce. 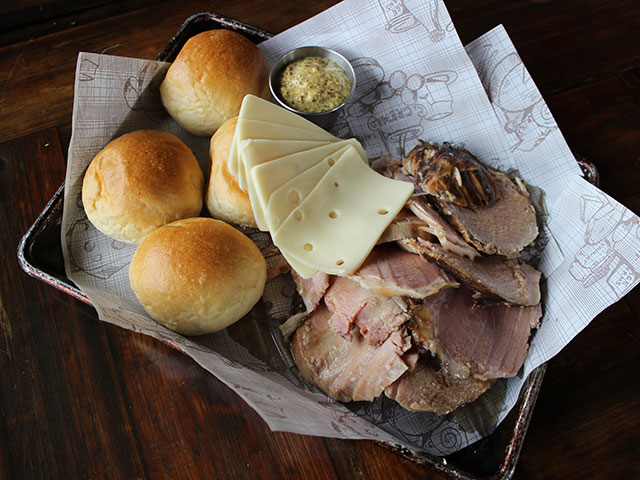 On Fridays, there will be a fish fry complete with Texas-toast style marbled rye, coleslaw, fries, tartar sauce and beer battered cod. 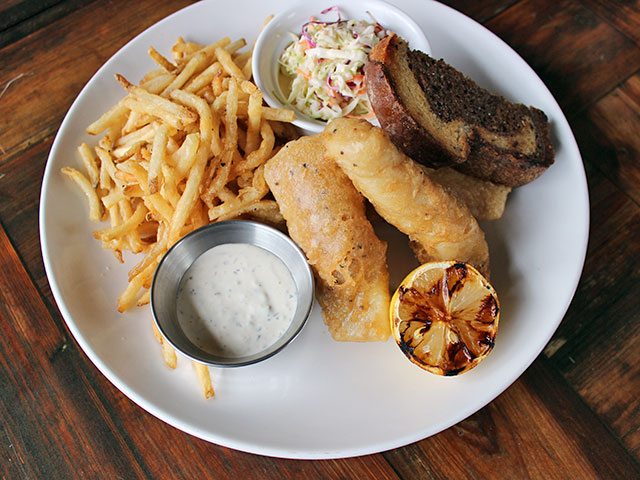 And on Saturdays, the restaurant will offer a tongue-in-cheek supper club special such as prime rib and baked potato, complete with a relish tray and a scoop of custard for dessert.

Cocktails will include the classic muddled brandy Old Fashioned garnished with a maraschino cherry and (what?!) a cheese curd! And it gets better from there. Milwaukee-made SoulBoxer Old Fashioneds will also be available, dispensed from a bubbler-esque tap behind the bar.

Other cocktails include the beloved Harvey Wallbanger as well as a riff on a Long Island cocktail called Milwaukee Jones Island. Of course, you won’t want to miss the Midwest Express, an homage to the airline who built its reputation on the back of fresh chocolate chip cookies. It contains mini airline bottles of Rehorst gin, vodka, rum or whiskey served over ice with your choice of juice or soda. And yes, you’ll also get a chocolate chip cookie on the side.