Milwaukee filmmaker, photographer and author Chip Duncan and his Nairobi, Kenya-based colleague Salim Amin will be on hand at a reception celebrating a joint photography exhibit at the Charles Allis Art Museum on Friday, May 18.

Milwaukee filmmaker, photographer and author Chip Duncan and his Nairobi, Kenya-based colleague Salim Amin will be on hand at a reception celebrating a joint photography exhibit at the Charles Allis Art Museum on Friday, May 18.

"Inspiring Change: The Photography of Chip Duncan and Mohamed Amin" opened May 10 and runs through Oct. 21 at the museum, 1801 N. Prospect Ave. 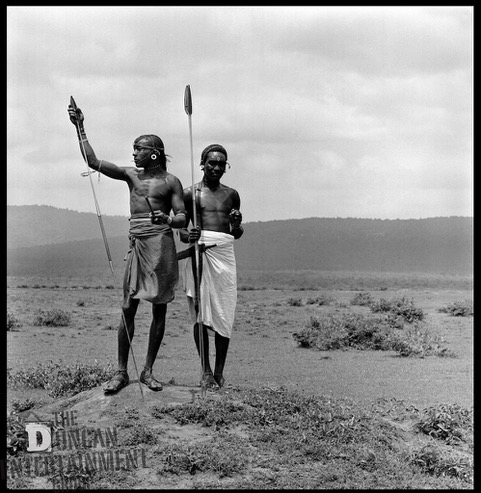 The opening event, which begins at 6:30 p.m. with a social hour, includes a screening of the 90-minute documentary film, "Mo & Me," in which Salim Amin journeys into the life and career of his father, respected photojournalist Mohamed "Mo" Amin.

Photographer and cameraman Mo Amin – well-known for his coverage of the Ethiopian famine in 1984 – died in 1996 when terrorists hijacked the Ethiopian airliner on which he was flying and forced it to crash into the Indian Ocean.

The film has earned more than a dozen awards in the U.S., Canada, India and Africa, even earning the prestigious Grand Jury Award at the New York International Film Festival.

After the film, Brad Pruitt, executive director of America's Black Holocaust Museum, will moderate a discussion with Amin and Duncan.

Duncan is the president of the Milwaukee-based The Duncan Group and has made many acclaimed documentaries. His still photography, also celebrated, has appeared in many books and exhibitions.

He met the younger Amin – a Fellow of the African Leadership Initiative and one of only 150 people from around the world invited by U.S. President Barack Obama to the Presidential Entrepreneurship Summit in Washington, D.C. – via mutual friends, actor Danny Glover and producer Joslyn Barnes.

Duncan has long been an admirer of Amin’s father’s work and even retraced the latter’s footsteps on four occasions, photographing efforts at building community and strengthening society in African countries torn by conflict.

The current exhibition includes work by both Mo Amin and Duncan. It is the first time Amin’s work has been exhibited in the United States.

"Chip is so much like my father in his drive to tell stories about people who have no voice," Salim Amin said in a statement. "His integrity and commitment are unmatched."

According to the Allis website, "Three separate galleries of photographs and documentary videos will guide viewers through Chip Duncan’s approach to photographing in the field as well as his view of Africa from the perspective of a writer and filmmaker. Alongside, Mohamed Amin’s work, pulled from the vast Camerapix archive now run by his son Salim, shows images of Africa through the decades, following war, political upheaval, famine, and disaster, seen through the lens of a man dedicated to inciting change through images." 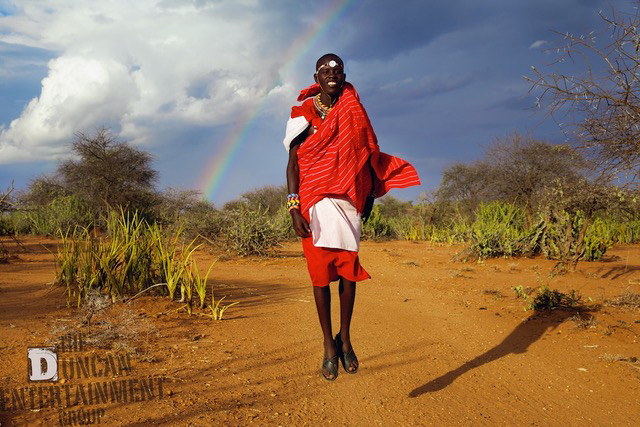 "Mohamed Amin and Chip Duncan’s work will be shown at a time when reaching across cultural, economic and philosophical divides is becoming increasingly difficult," said Friends of Charles Allis President Chris Vitrano.

"We plan to engage this exhibition with a series of programs that help soften barriers to thoughtful exchange."

A donation of $10 is suggested for the event, which also includes a raffle to win a copy of Duncan’s latest book, "Inspiring Change: The Photographic Journey of Chip Duncan," and a cash bar.

Registrations are encouraged by emailing "Can Attend May 18 Event" to RSVP@cavtmuseums.org.

For this one, $50 gets guests a social hour, a screening of Duncan’s documentary "The Sound Man," about Kenyan sound engineer Absul Rachman and his work covering East Africa, and a discussion, again moderated by Pruitt.

Amin and Duncan will also walk the exhibit to share personal stories and insights into the work on view.

There will also be hors d’oeuvres and an open bar.

You can RSVP for the VIP event here.