When it came to choosing a restaurant to visit before the curtain rises on First Stage's "Matilda: The Musical," a location that honors whimsy, sweetness and magic, just like the novel, immediately came to mind.

Am I the only one who grew up wishing there was a little bit of magic in them? I don’t mean the kind of magic where your parents say that your personality is special and that you light up any room you walk into. I’m talking about real, honest to goodness, literal magic – the kind where, with the wave of a finger, something you needed from across the room would come flying towards you.

To say that I read every Harry Potter novel praying for my Hogwarts acceptance letter to come is an understatement. (According to Pottermore, I do belong in Gryffindor, thank you very much.) To state that I didn’t watch vintage episodes of "Bewitched" while attempting to wiggle my nose would simply not be true. And I have no shame in admitting that Roald Dahl’s "Matilda" was one of my favorite childhood novels, and I continue to cherish that whimsical story to this day.

Back then, Matilda’s world was appealing to me for a very logical reason: Not only was this another magical environment for me to engross myself in, but this was an accessible magical character. After all, she’s a 7-year-old that can write on a chalkboard without getting up from her chair – why couldn’t I do that, too? If I practice enough and believe in myself, I should be able to tip over a glass and make a newt land on a evil teacher, right? Simply put, I wanted to be Matilda however I could be.

The passing of time has not diminished my love of this extraordinary novel about an extraordinary child. So naturally, when I heard that the always exceptional First Stage was putting on "Matilda: The Musical," seeing this show had to be a priority. And, as OnMilwaukee readers know by now about me, no trip to the theater is complete without a bite to eat before. When it came to choosing a restaurant to visit before the curtain rises, a location that honors whimsy, sweetness and magic, just like the novel, immediately came to mind. 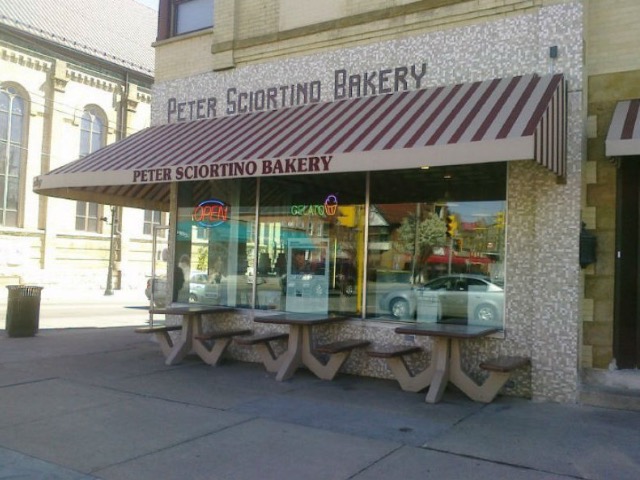 Many things about this beautiful and, yes, magical story have stayed with me into adulthood. But if there’s one part of the book that is arguably the most memorable (or scarring), it’s the part where something sweet takes on a sinister new definition.

To set the scene: The tyrannical school headmistress Miss Trunchbull calls an unexpected school assembly. It would seem that one of the students has stolen her precious stash of chocolate cake. The culprit: student Bruce Bogtrotter. The punishment: eating an enormous chocolate cake in front of the entire school. The sickness and humiliation that ensue could only be described as traumatizing, not only for the students of the fictional Crunchem Hall Elementary but for readers, as well.

Fortunately, the only way eating cake traumatizes me today is when I step on my bathroom scale. But all the goodies to be enjoyed at Peter Sciortino make gaining a little around the middle extremely worth it. Maybe you are entering 2019 with a commitment to be more mindful of what you eat, to have fruits and vegetables serve as your go-tos rather than potato chips or candy bars. There’s nothing wrong with making a New Year’s resolution to be as healthy as possible. But you should expect the diet to take a momentary hiatus when you walk into Sciortino’s. The smell upon entry alone is enough to make even those with the strongest willpower cave. 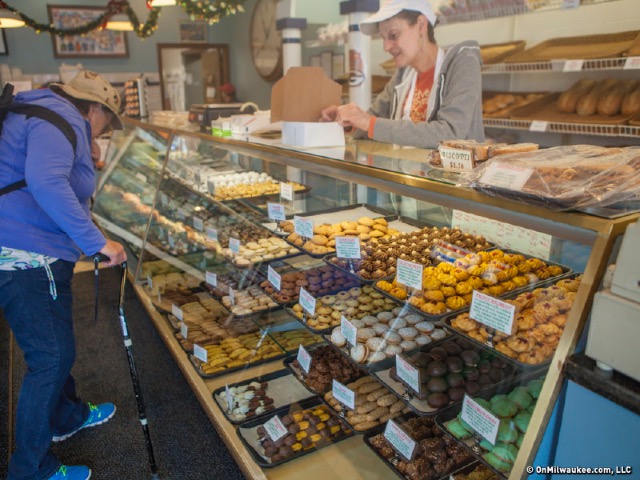 From their mouth-watering fresh breads to their delicious Italian pastries, Peter Sciortino's Bakery makes every product from scratch on a daily basis. This way, their beloved (and hungry) customers always receive the sweetest and freshest baked goods Milwaukee has to offer. Located on Brady Street, Sciortino’s is one of those places where you get a little overwhelmed walking into – but a good kind of overwhelmed. There are so many delectable offerings to choose from – where do you even start? Is there such a thing as ordering too many of their famous Italian cookies?

Thankfully, I've never walked out of Sciortino’s feeling disappointed; after much debate, I always leave knowing I might the right decision. During my pre-theater visit, I’ll have to order some cake to honor the trauma Bruce Bogtrotter endured ... but I can’t promise that I won’t also indulge in an eclair or cannoli on the side.

With a belly full of unmatched desserts, it’s time to head make the one-mile drive to the theater for the second part of this sweet and whimsical evening in Milwaukee. 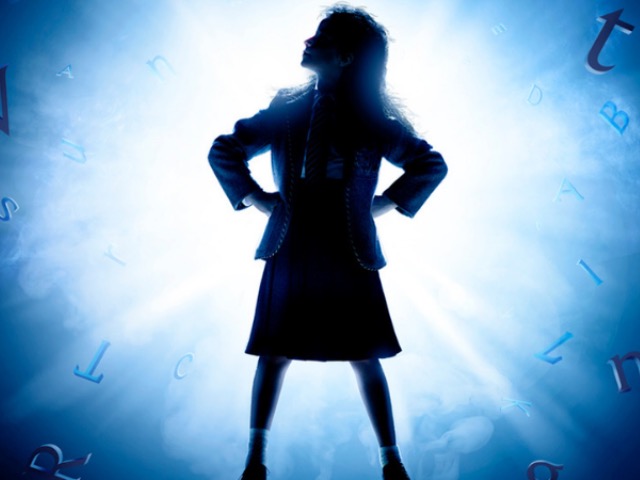 I am one of those people who, whenever they read a novel that grabs them, the minute I hear a movie or stage adaptation is taking place, I move heaven and earth to see it as soon as possible.

That was the case when the film version of "Matilda" hit the big screens in 1996. I distinctly remember sitting next to my mom and sister in the movie theater when we saw it on opening weekend. And while I remember being impressed with the film and its overall faithfulness to Roald Dahl’s story, I also remember feeling slightly uncomfortable watching the action play out before me. After all, it’s hard not to feel at least a little saddened by a story about a child who is largely misunderstood and unloved by her parents.

But even as a kid, it’s easy to see how that discomfort can lead to greatness in the story and how it can apply in the real world. Back then, "Matilda" for me was mainly about a girl who literally discovers her own power. Today, I still see "Matilda" as that, but it’s also about how people can discover their own strength, how they can learn to stand up for themselves and what is right, and how they can make themselves happy in a damaged world. And those are lessons to be learned that don’t require the use of a wand.

I’m extremely curious to see how these lessons will be made even more explicit through First Stage’s production of the hit Broadway musical. Based on a quick glance of song titles like "Naughty," "This Little Girl" and "When I Grow Up," I have no doubt that these performances will only enhance Matilda’s initial struggles, the magical journey she takes and the satisfaction she ultimately receives.

For me, "Matilda" has always been a story of magic in a literal and symbolic sense. It is a story of what happens when circumstances are dire, when you make the best of them and how you become stronger as a result. It’s a mature and meaningful tale for children and adults alike, and it’s certainly a story that requires a little bit of sweetness – like a cream puff from Peter Sciortino’s – to swallow.