I have a little less than two months to continue to fully experience the Brew City. And with one of my favorite bands conveniently coming to Milwaukee on St. Patrick's Day, I know just the way to do it.

It’s a typical Thursday afternoon for me in August 2018. I’m at work, minding my own business, when a wave of exhaustion hit me out of nowhere. Granted, it’s not like I haven’t occasionally gotten sleepy in the middle of a work day, but it’s usually been nothing that a small caffeine boost can’t fix. But this was a tired like I’d never felt before. I immediately called my husband, telling him, "If I went home right now, I guarantee you I would lay down and sleep through the night." As soon as those words were out of my mouth, it hit me. I knew the source of this sudden and overwhelming lack of energy.

Twenty minutes later, after a quick walk to the pharmacy, my suspicions were correct: I was pregnant.

Fast forward to now. The little boy growing inside me is kicking and turning constantly, the scale keeps going up and it’s getting harder to get out of bed every morning. Literally. And yet every minute of every day, I’m reminded of all the good things coming my way and how my life will never be the same once baby boy Elftman is born.

As much as I am looking forward to meeting this little guy in late April, I admit I sometimes have moments where I think about the things I won’t be able to do as often, that many themed nights out in Milwaukee will be replaced with rocking a crying baby to sleep. Sometimes afraid and hesitant to take on the full weight of motherhood? You bet. But worth the sacrifices? Absolutely.

That being said, I have a little less than two months to continue to fully experience the Brew City. And with one of my favorite bands conveniently coming to Milwaukee on St. Patrick’s Day, I know just the way to do it. 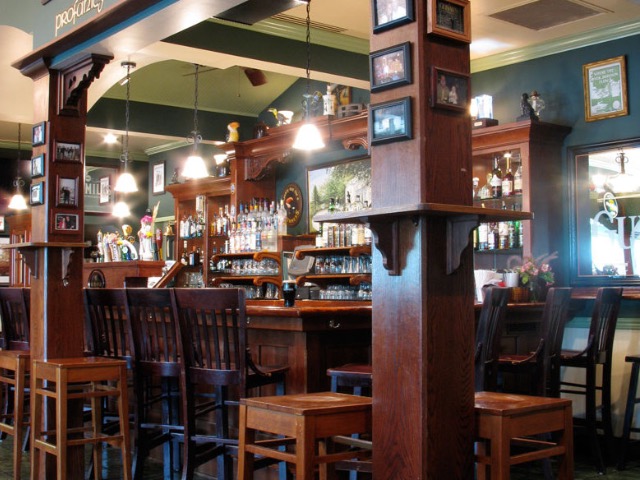 A typical St. Patrick’s Day for me involves gathering a few friends, going to a pub or two, and sipping on pints of Ireland’s finest while listening to some live music. This year, I’ll mainly have to focus on enjoying the Irish food and music, because let’s face it, I won’t be able to throw back some Killian’s Irish Red like I would any other year. Maybe my husband won’t judge me if I ask him if I can smell his Guinness a few times.

Drink or no, however, my first stop this St. Patrick’s Day will be, without question, County Clare. This authentic Irish pub, located on charming Astor Street, has long been a favorite of mine. If you’ve never been to the Emerald Isle, it will make you feel as if you are actually there – and if you have travelled to Ireland, County Clare is the quickest way to relive your adventure without getting on a plane.

During a normal visit, I sit and snug as close to the fireplace as possible, either with good company or a good book, as well as a bowl of Irish stew.

This charming atmosphere is amplified even more on the feast of St. Patrick’s Day. The doors to County Clare’s St. Patrick’s Day Charity Event will open starting at 6 a.m. on Sunday, March 17. Wiith a baby kicking me constantly throughout the night, I have a feeling I will that I will arrive right around then. County Clare will treat early birds like me to a full Irish breakfast, while those who do not toss and turn at night due to growing a human can come throughout the day for plenty of excitement, including a Blessing of the Shamrock, plenty of live Celtic music and traditional Irish dancers.

It’s also comforting to know that if you party too hard – again, a risk for me every other St. Patrick’s Day except this one – that rooms at County Clare’s Irish Inn are also available to stay in during the holiday.

I intend to party as hard as a pregnant woman in her third trimester possibly can on St. Patrick’s Day at County Clare. Luckily, the next part of my Milwaukee Irish holiday will not only be equally as festive but also a good opportunity to rest my increasingly swollen feet. 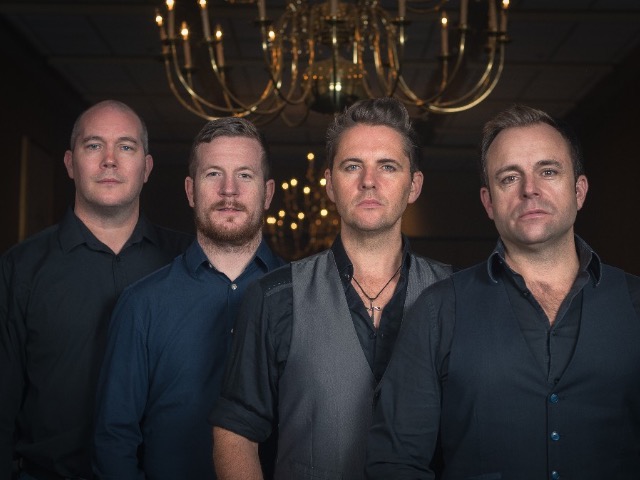 This time last Easter, I was in Ireland. Funny to think what can change in a year, as this Easter, if all goes according to plan, I will be delivering a baby. That’s about as drastic of a change as it gets!

Anyway, back to Easter 2018. My husband and I are pub hopping in Killarney, one of the cutest and most delightful Irish cities you could possibly imagine. Sometime during our third pint of beer, in the midst of a deep conversation about life and its meaning (does everyone talk like that after three pints of beer or just me?) my gaze wanders to see a poster for one of our favorite Irish bands: The High Kings. Upon further inspection, we saw that they would perform that very evening in Killarney. We looked at each other and said, "We have to go!"

Unfortunately, fate had other ideas for us. Despite the fact that a number of people in the pub attempted to get us tickets – it’s true what they say about the incredible Irish hospitality – the show was sadly sold out. We ordered another pint in disappointment, determined that we would see them in concert someday soon.

Well, someone upstairs heard our booze-filled plea, and now this lively Celtic group will perform at The Pabst Theater on Sunday, March 17. Heck, if you can’t see The High Kings in Ireland on Easter Sunday, the next best thing has to be seeing them in your hometown on St. Patrick’s Day!

An Irish folk group that first formed in 2008, The High Kings are known for its "folk ‘n roll" take on traditional Irish songs. Prepare to be impressed by the combined 13 instruments they collectively play and their draw-dropping harmonies. Oh, the harmonies. I’m such a sucker for good harmonies, and few groups do it better than The High Kings. Come talk to me if you don’t get misty eyed (and proud to be Irish) during songs like "The Parting Glass," "Red is the Rose" and "The Green Fields of France." Even just typing those song titles is making me more and more excited for this show.

Those three songs had BETTER show up during the band's set list next Sunday; I’m even wondering if it would be inappropriate to shout out a request during the show. After all, the band would HAVE to oblige a pregnant woman waiting to hear its rendition of "The Fields of Athenry," right?

Motherhood has long been a dream of mine, so finding out this past summer that this lifelong desire would become a reality could only be described as joyful. But before this new and wonderful phase of my life begins, I’m going to be sure that I make this St. Patrick’s Day in Milwaukee a memorable one. Fortunately for me, I know that County Clare and The High Kings will be the easiest and most enjoyable way for me to achieve this goal.