Burrata is among the long list of delicious cheeses you should put on your must try list. And, thanks to increased accessibility - along with restaurants ambitious enough to make their own - it's a delicacy you can find on menus throughout the city.

Burrata is among the long list of delicious cheeses you should put on your must try list. And, thanks to increased accessibility in the marketplace – along with restaurants ambitious enough to make their own – it's a delicacy you can find on menus throughout the city.

But, what is burrata? We talked with restaurateur Brian Zarletti about the cheese, which is made fresh daily at Zarletti Mequon.

"I like to describe it as similar to a chocolate covered truffle, where you have a hard chocolate exterior and a soft creamy interior," says Zarletti. "It’s basically soft fresh mozzarella stuffed with even softer, creamier cheese. The interior is called stracciatella, which literally means ‘rags’ in Italian."

Zarletti says the cheese originated in Southern Italy, where fresh mozzarella is a staple.

"Here at Zarletti, we have the authentic Neapolitan oven," he says. "And we make our own mozzarella cheese for our pizza. And since we are going through that process, it only makes sense to make burrata, as well. Plus, the cheese is very perishable, so ideally you make it and consume it the same day. It begins to lose its soft, velvety texture after that."

Zarletti’s recipe for the cheese comes from longtime mentor, Roberto Caporuscio, who also taught the restaurateur how to make Neapolitan-style pizza.

During the burrata making process, fresh mozzarella cheese, which is kept warm in a bath of hot water, is torn, flattened and then filled with stracciatella before being twisted and knotted to enclose the filling. Zarletti’s stracciatella is made with a combination of fresh mozzarella, heavy cream and a combination of other creamy Italian cheeses.

"It’s a very mild cheese, so it lends itself to being combined with any number of ingredients," says Zarletti. "And obviously chefs are becoming very fond of serving other things with it. But, we serve ours simply – with a bit of extra virgin olive oil and finishing salt alongside grilled bread. A lasting hallmark of Italian cuisine is really simplicity. So, we hold to the beauty of those things. And burrata is the epitome of that." 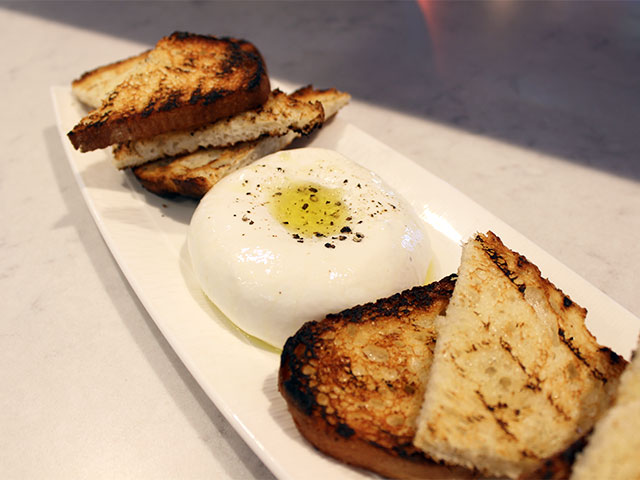 Here's five more spots where you can get your burrata fix! 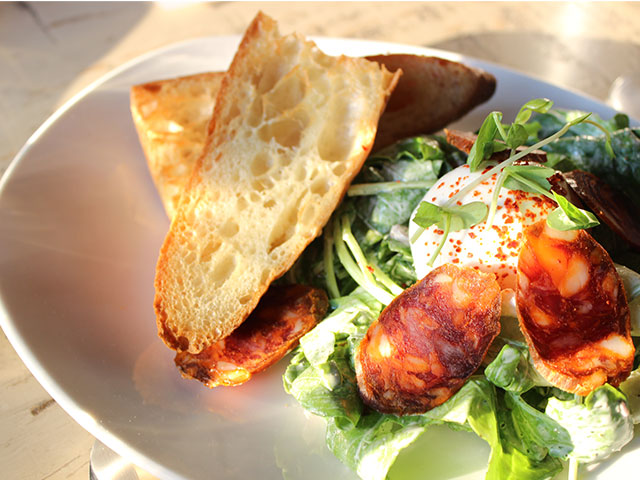 Combinations vary, but Goodkind has burrata on its menu a good percentage of the time. This summer, it served up a delicious version with grilled peaches and purslane. More recently, it’s been featured with leek confit, black truffle, black olives and a fennel raisin sourdough ($13). 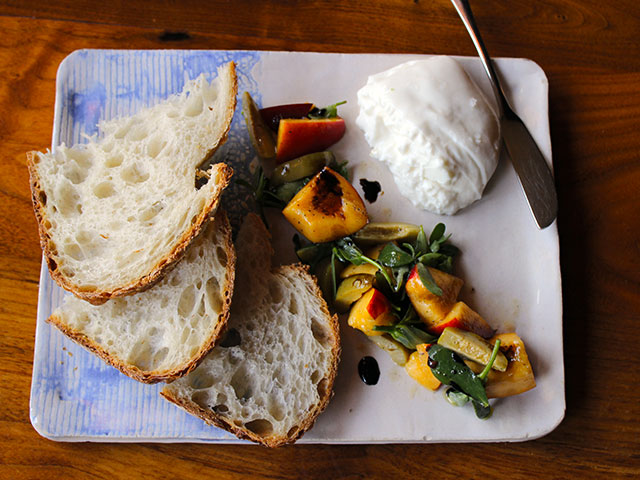 There’s also a lot to love about the burrata at MOVIDA. Most recently the restaurant has served it with Serrano ham, arugula, spiced pistachios and cranberry balsamic jam ($13). 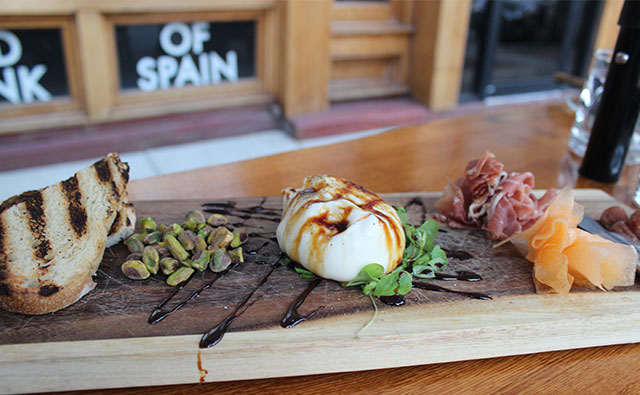 Onesto’s burrata is ready to spread on crusty bread topped with walnut pesto and tomato confit ($12). 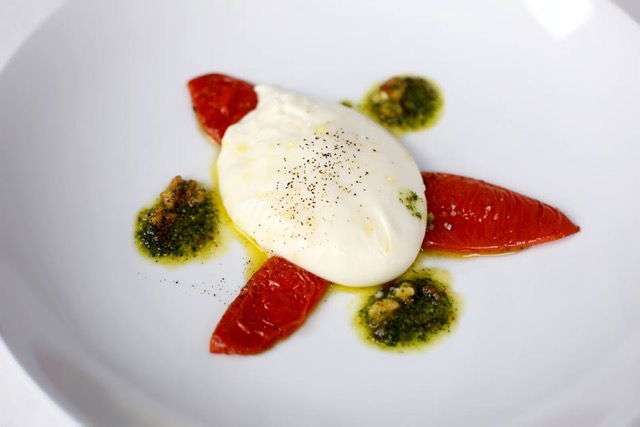 The Tandem, which also makes its burrata in house, serves it with seasonal accompaniments like cranberry preserves and grilled bread. ($10) 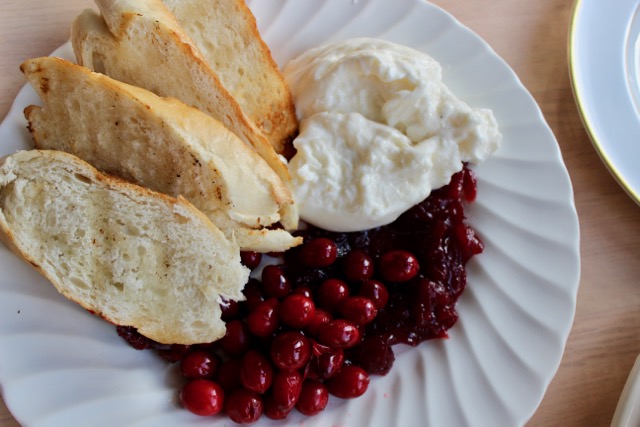