Eat This Now: The Klement's Sausage Sampler at Summerfest

It's an inevitability. You'll get hungry at some point while walking around the Summerfest Grounds, listening to your favorite bands, and shopping for adorable swag. And that's where the Klement's Sausage Platter comes in handy.

It’s an inevitability. You'll get hungry at some point while walking around the Summerfest Grounds, listening to your favorite bands and shopping for adorable swag.

Fortunately, there are plenty of things to eat on the grounds – from classic options like fried eggplant strips to (potentially) healthier options like the spinach pie from Greek Village, some Saz’s sour cream and chive fries or a plate of fried rice from Summerfest’s very own local wok star, Wong’s Wok.

Those are just a few of my usual favorites.

But this year, I decided to try something different. It was on my Summerfest bucket list to check out the new Klement’s Sausage and Beer Garden on the North end of the grounds anyhow, so I decided to take the opportunity to try their wares. Because, although I'm a firm believer that Milwaukee is about far more than cheese and sausage, I will also acknowledge that our German heritage binds us interminably to the latter.

And, in its own way, that makes this one of the most appropriate things to eat at Summerfest. 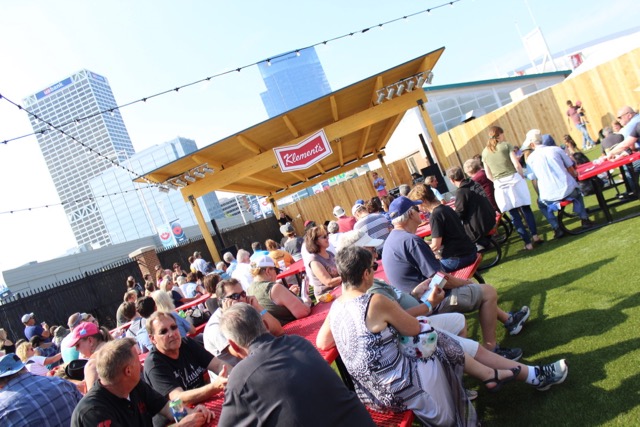 The menu includes … well, it’s exactly what you would expect. Sausages. Most of them are served in buns. But the sausage platter is a bit more like something you’d get at German Fest or a rural Oktoberfest.

It’s a pretty big portion for one person. It’s also pretty satisfying if you split it with a friend. So it’s not the worst deal at Summerfest. Plus it goes swimmingly with beer. Any kind of beer, really (find your favorite here). But maybe particularly a refreshingly delicious Miller Lite. 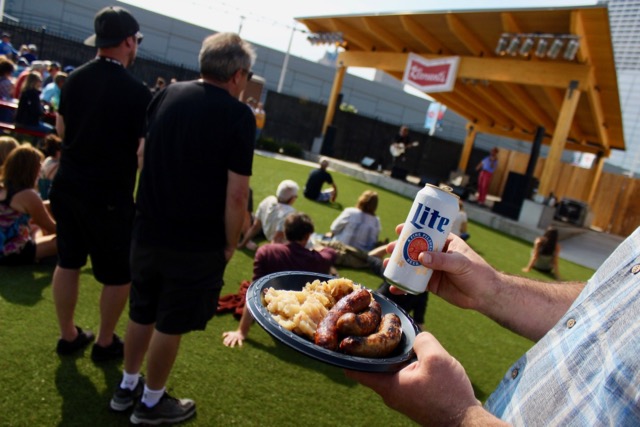 The potato salad wasn’t quite your grandmother’s recipe. It was a bit overcooked – more like the potato salads you find at church potlucks – but it did have the tangy flavor you’d expect from the German classic. And that kraut … well, it was super tangy, and pretty good eaten with the bratwurst. It seemed to bring out even more of the sausage’s uniquely sweet porky goodness.

All in all, not a bad choice. And, if you're lucky, you might even get a primo seat at the very busy (and not quite big enough) beer garden.

Pro tip: If you’re the type of person who is prone to burping after eating garlicky sausages, please don’t eat this platter before you attend a concert where you’re in very close proximity to other Summerfesters. I believe this happened to me on Thursday night when I reviewed the James Taylor show at the Amp. Trust me when I say that no one wants to smell sausage burps while trying to enjoy themselves at a concert. 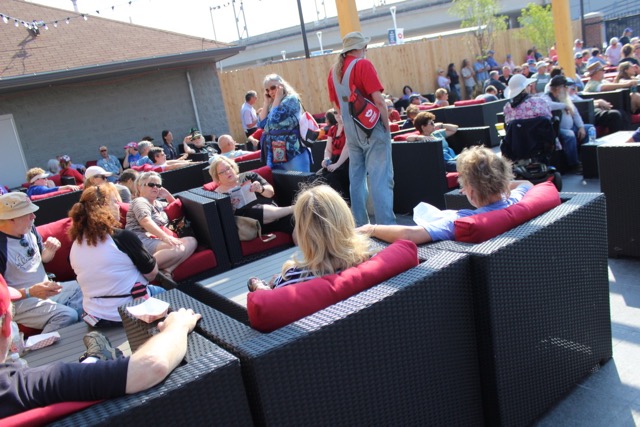 The plot chickens: HotWax adds game-night-worthy wings to the menu