His name on the marquee alone was reason to attend the concert, but we've compiled a number of other reasons fans shouldn't have slept on their last chance to see the Rocket Man perform live.

Sir Elton John has a complicated history with Milwaukee. From his first performance at the Milwaukee Auditorium in 1971 to shows at the Bradley Center and, of course, his polarizing surprise set at Harley-Davidson’s 100th anniversary in 2003, Elton’s history with the city penned its final chapter on Saturday as the "Tiny Dancer" singer brought his 300-plus date farewell tour to thousands of fans at Fiserv Forum.

Perhaps the new arena’s biggest concert to date, John’s farewell performance was everything fans could have hoped for. While it’s never easy to say goodbye, last night’s career spanning performance gave closure to John’s Wisconsin fans with a show that lasted nearly three hours with no opening act. His name on the marquee alone was reason to attend the concert, but we’ve compiled a number of other reasons fans shouldn’t have slept on their last chance to see the Rocket Man perform live.

Here are five reasons why you shouldn’t have missed Elton John’s farewell performance at Fiserv Forum:

1. It was Elton John’s last performance in Milwaukee 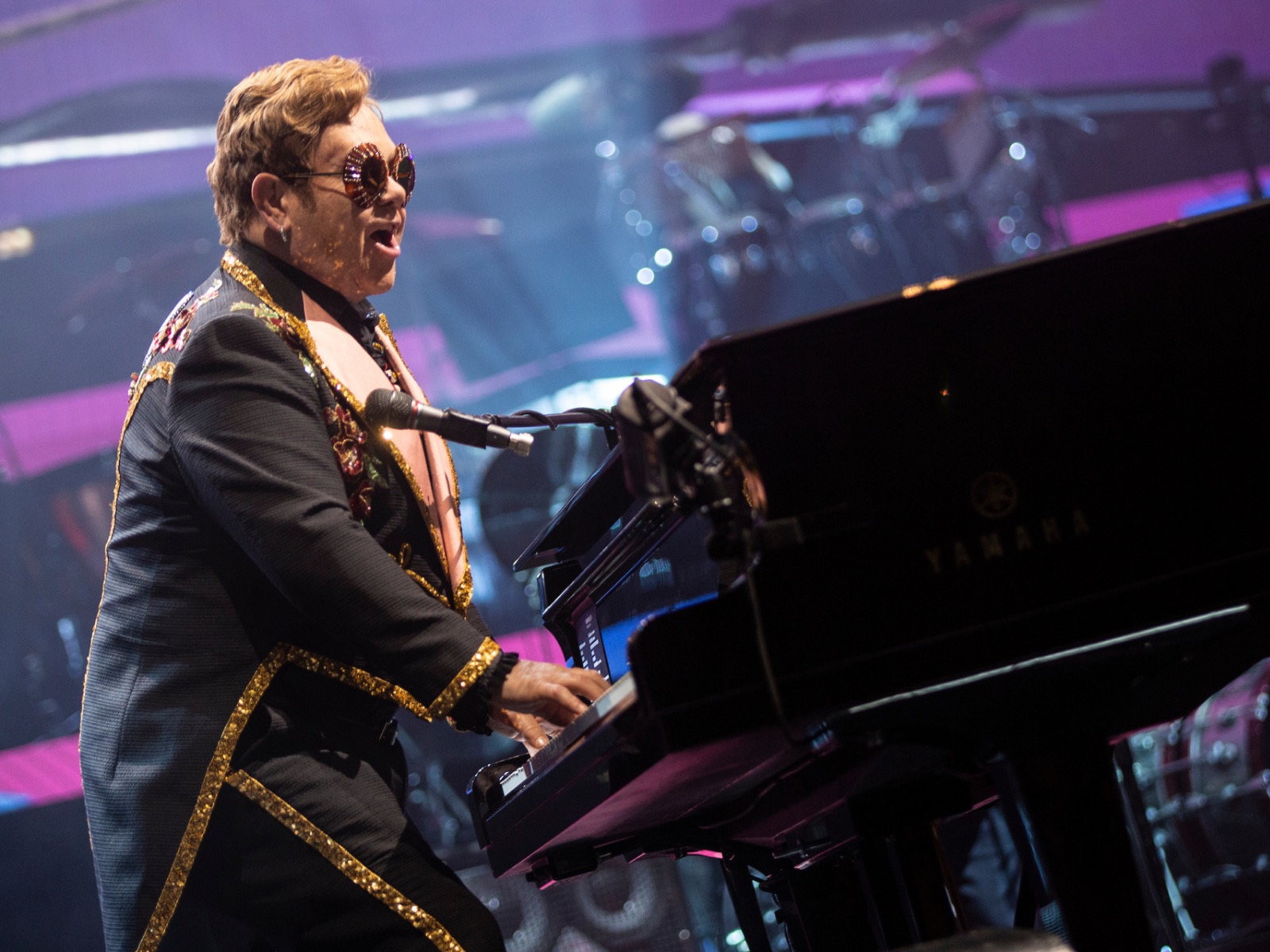 Following farewell shows from KISS and Bob Seger, Fiserv Forum has been a popular venue for music legends to say goodbye to their Wisconsin fans this year. And although you can never be certain if an artist’s farewell tour is a true farewell, last night was almost certainly John’s final performance in the city of Milwaukee.

During his performance on Saturday, Sir Elton took time to thank his fans for supporting him on the road for the past 50 years, expressing that there is no greater feeling for him than the reaction he receives when performing live for an audience. While that feeling will never change for John, what has changed is his family life at home. The musical icon still has many performances left on his 300-plus date farewell tour, but his touring is finally reaching an end (currently in December 2020) so he can spend more time with his family.

Elton John cheated death in the ‘70s while battling drug addiction, a sad reminder that you never know when an artist will put on their final show, so the fact that Milwaukee was able to get closure and enjoy one last performance by John was a big reason to attend Saturday night’s show.

2. It’s been a long, long time since his last visit 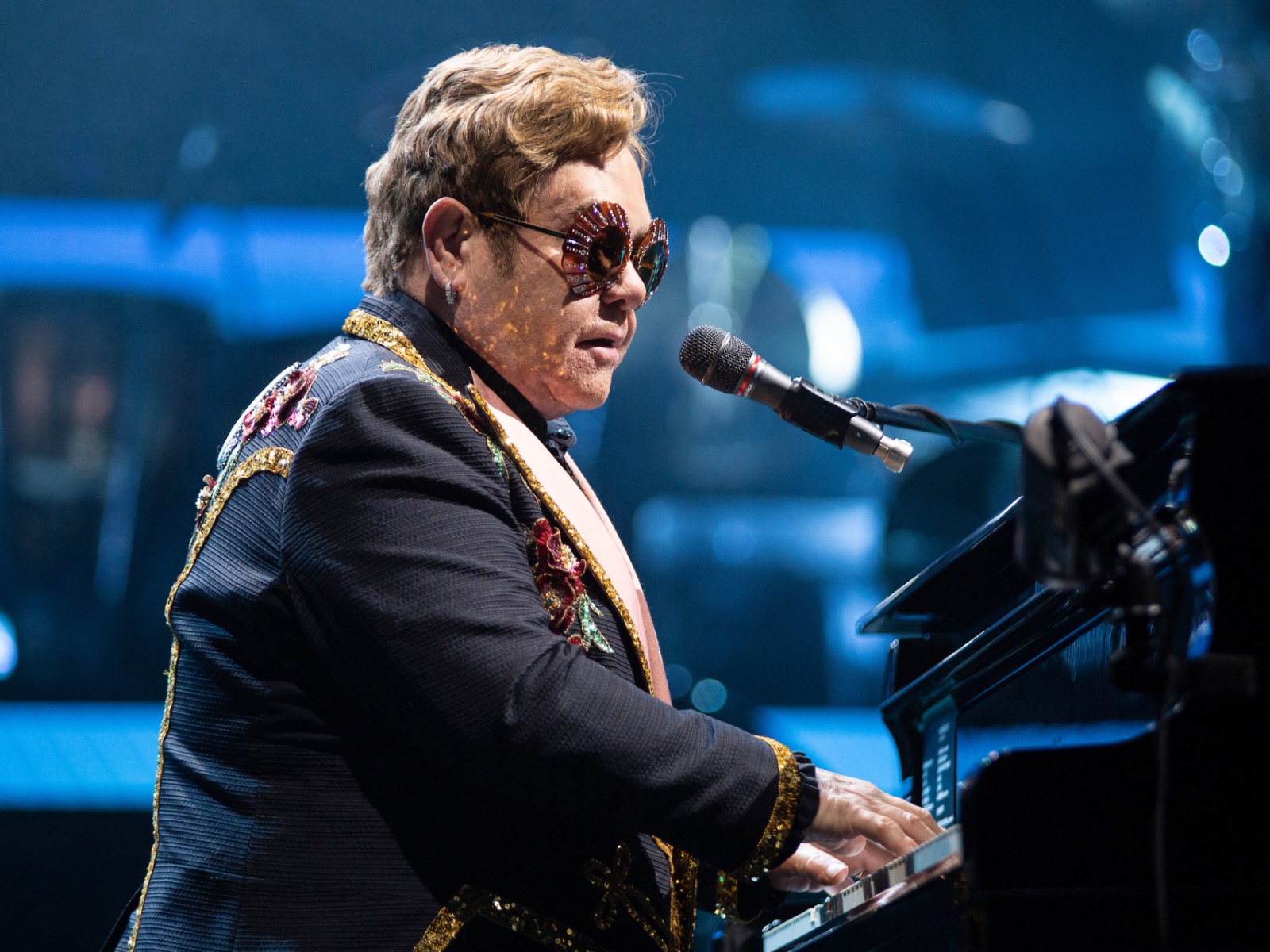 Before last night’s performance, it had been a long, long time since John last blessed a stage in Milwaukee. Elton’s last visit to Milwaukee was in 2005, with a headlining performance at the Bradley Center for his "Peachtree Road" tour, in support of his album of the same name.

The Rocket Man’s Wisconsin fans were in desperate need of an Elton John concert; unfortunately his first Milwaukee concert in well over a decade would also be his last. Fortunately though, when Elton postponed his originally scheduled date for last night’s show (Feb. 19) due to technical production issues, fans had already waited 14 years, so waiting another few months was a breeze. 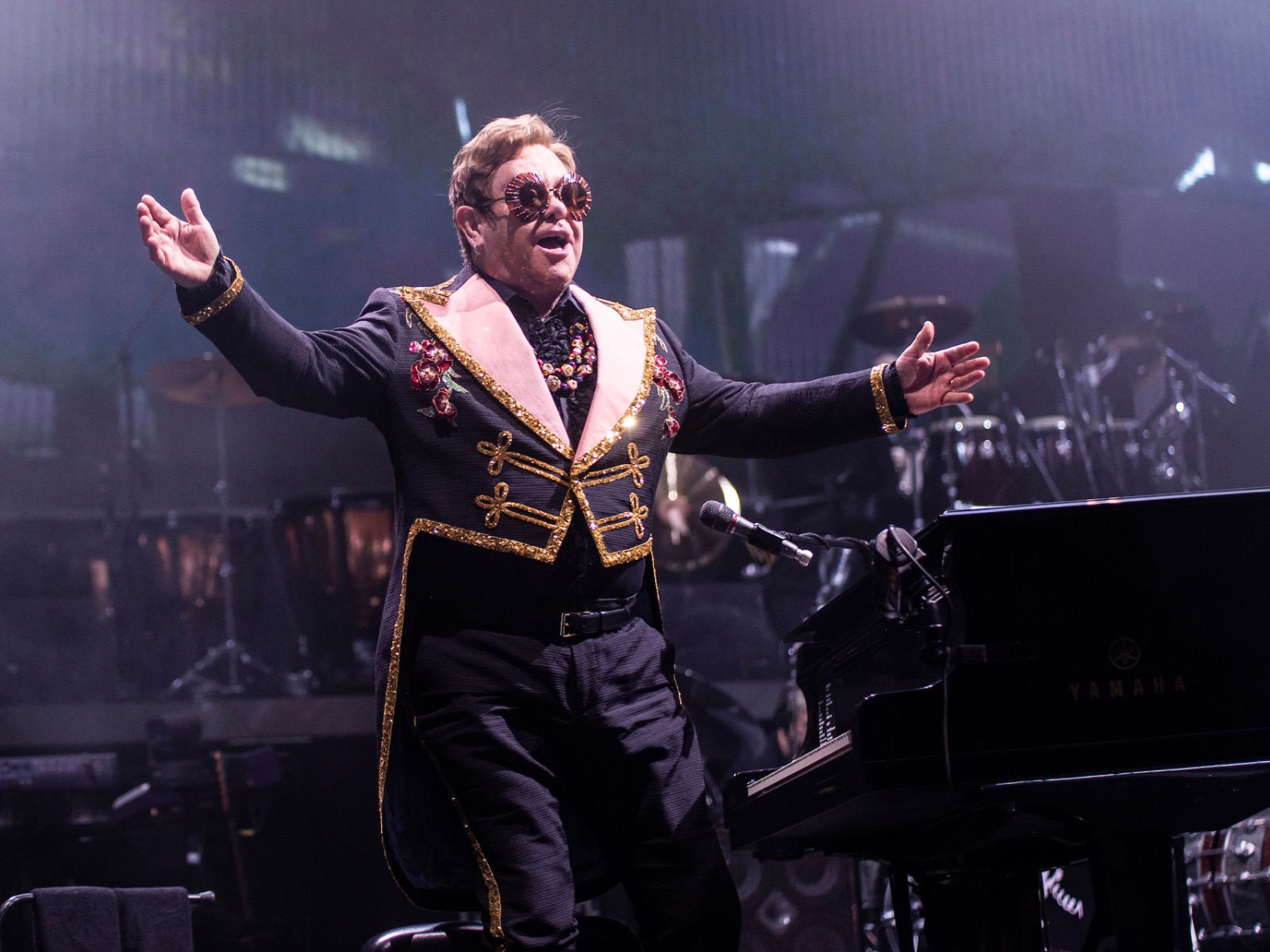 While Wisconsin is home to the greatest bikers in the country, it was best that Elton’s Saturday performance was full of John’s real and actual fans. Of course I’m referencing John’s controversial headlining spot at Harley-Davidson’s big 100th anniversary concert at Veterans Park in 2003.

Billed as a surprise headliner, Sir Elton’s set at the event was met with thousands of boos and early exits from the bikers in the crowd. Although I can definitely understand why a British pop star who single "Candle in the Wind" wasn’t the perfect fit for a Harley crowd, I have little sympathy for a crowd that was treated to a surprise concert by one of the greatest icons in music.

Elton admittedly didn’t have any songs about motorcycles to perform, but at the end of the day, he is still one of the greatest and biggest living crocodile rock stars in the world. When else does Milwaukee get surprise concerts from artists that can perform for crowds of over 50,000? 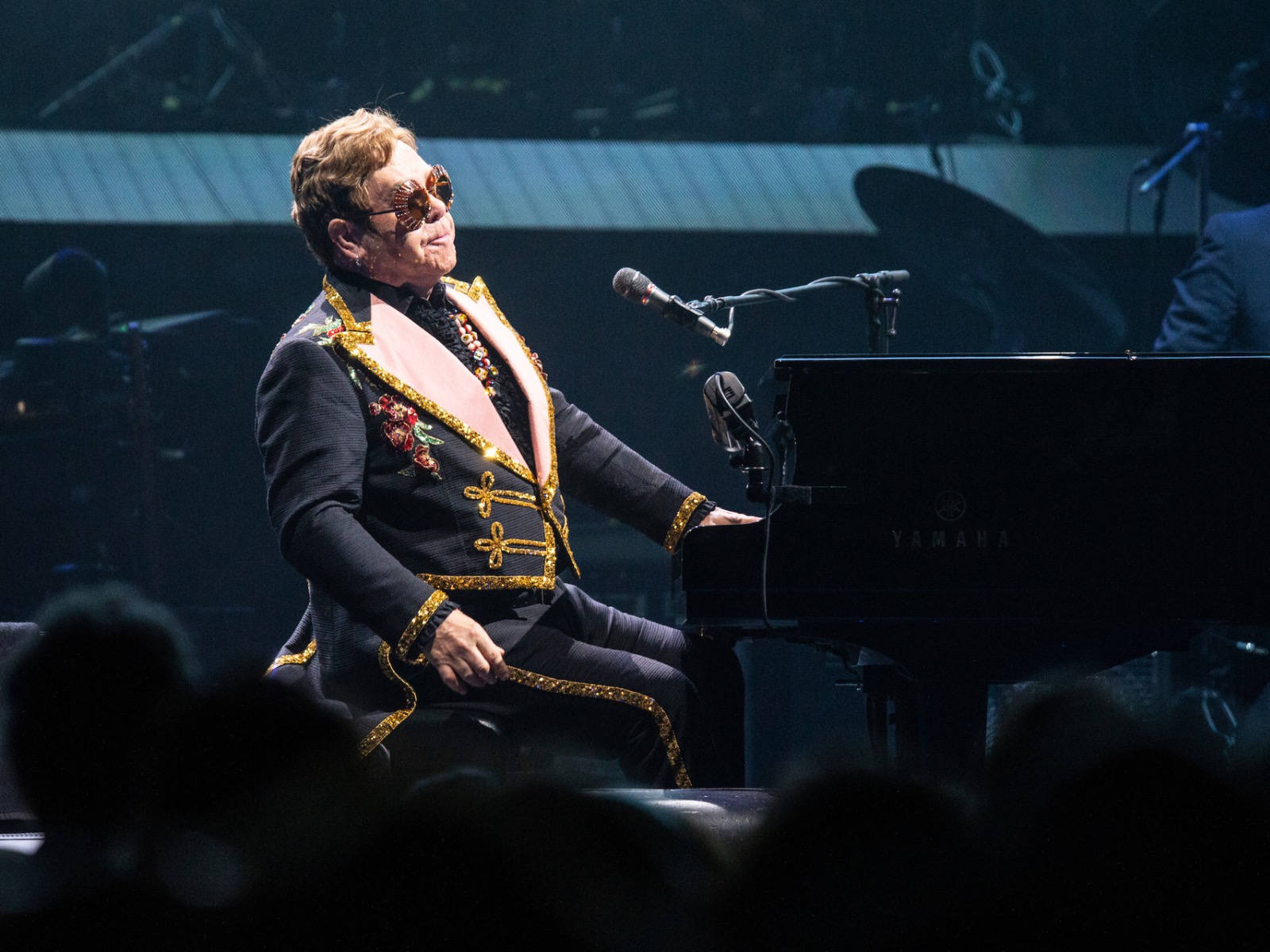 With a number of piano solos and extended live performances of his best tracks on Saturday, John showcased his talented digits through his entire performance which lasted over two and a half hours.

5. He performed all the hits 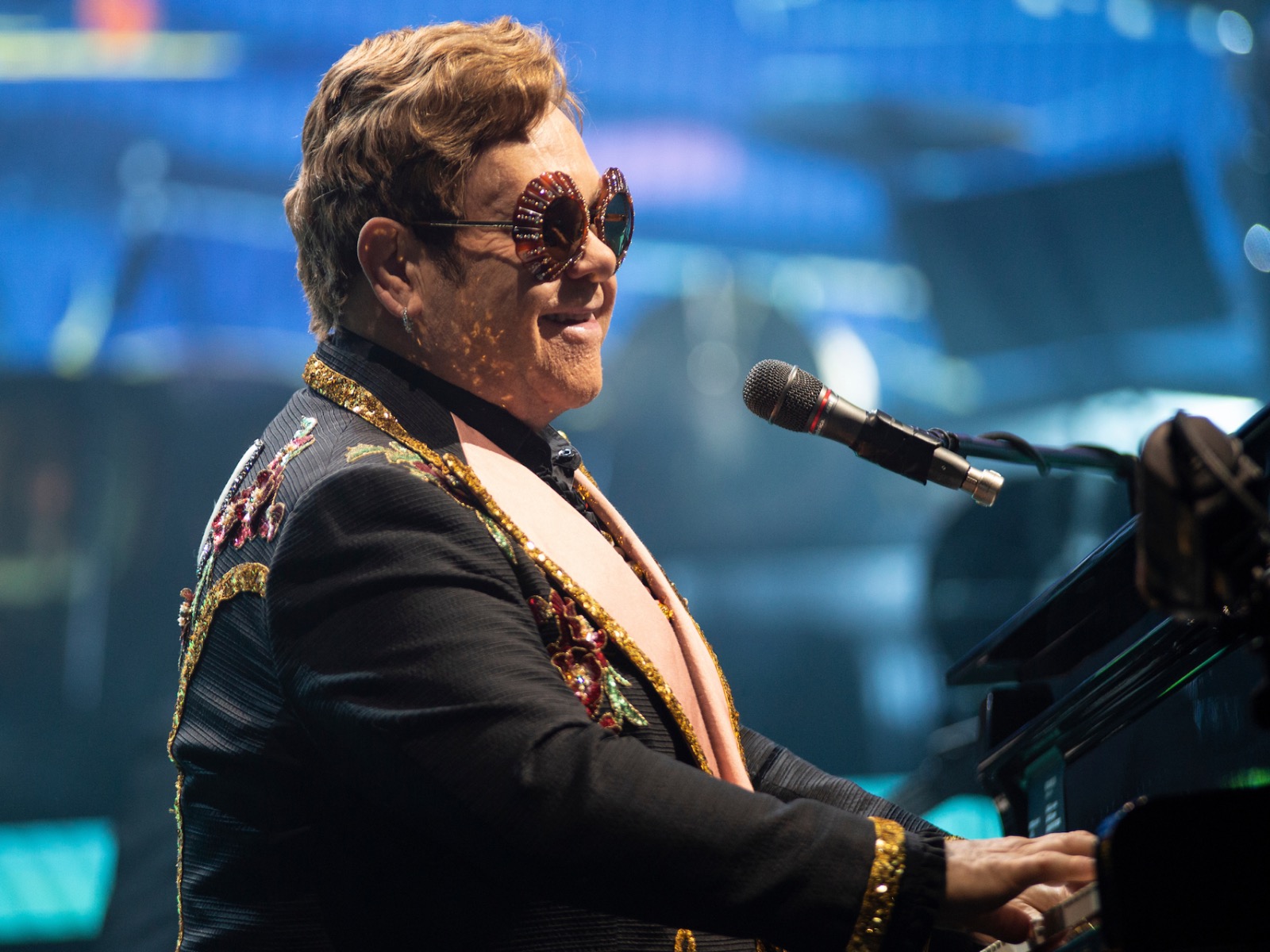 Since it was the last time those in attendance would likely see Elton perform live, John made sure to perform all of his biggest hits for Milwaukee. From 1974’s "Bennie and the Jets," which opened Saturday evening’s performance, to hits like "Tiny Dancer," "Rocket Man," "Candle in the Wind," "Daniel," "The Bitch Is Back" and many more, the classics were never-ending last night.

Elton saved some of the biggest and best tracks for the grand finale, though, as he ended his main set with "Crocodile Rock" and "Saturday Night’s Alright for Fighting" as confetti fell from the arena rafters, before returning to the stage for an encore performance of "Your Song" and the very fitting "Goodbye Yellow Brick Road."

From start to finish, Elton John’s Milwaukee performance was everything fans expected and more. No hit single was left unsung, Elton was flashy and charismatic throughout the night, and the musical legend reminded the sold out crowd that he is one of the greatest of all time, not by his own admission but through his live performances. While it isn’t likely, anyone in attendance on Saturday night will hope that Sir Elton blesses the city of Milwaukee with another surprise performance one day, whether it be for a Harley anniversary, a Kohl’s company picnic or anything under the sun.