Do you like to entertain friends and family in your home? Four local interior designers share their tips and insights on what makes a successful hang-out space.

We're all connected 24/7 to computers, tablets, phones and television. But there's more to life than being online – even for a digital media company! – so this week we're excited to show you ways to connect with family and friends, even when there's no signal. Steinhafels presents OnMilwaukee Unplugged Week, a celebration of all things analog. Sit back, log into these stories and then log into the real world.

For many, inviting friends and family into their homes for food, conversation and entertainment is one of life’s most satisfying pleasures. Although the people – our guests – and the conversations they create are what really make or break a social gathering, the spaces where we interact are important, too.

Especially during the winter months.

"If we ask Scandinavians how they survive their long winters, they would tell you that they gather with family and friends to enjoy the simple pleasures of life together, and this helps bring feelings of warmth and contentment," says Teresa Olson, an interior designer and the owner of Olson House.

For those who plan to entertain, creating a space in their home that accommodates visitors is something that requires thought, planning and decoration. Regardless of how many people someone plans to host or for what type of event, the same basic elements of cozy and plentiful seating, lighting control, quality sound and appealing decor need to be considered.

"The ideal entertainment space should be comfortable, yet highly functional," says Mari Johnson, an interior designer for Steinhafels Decorating Solutions. 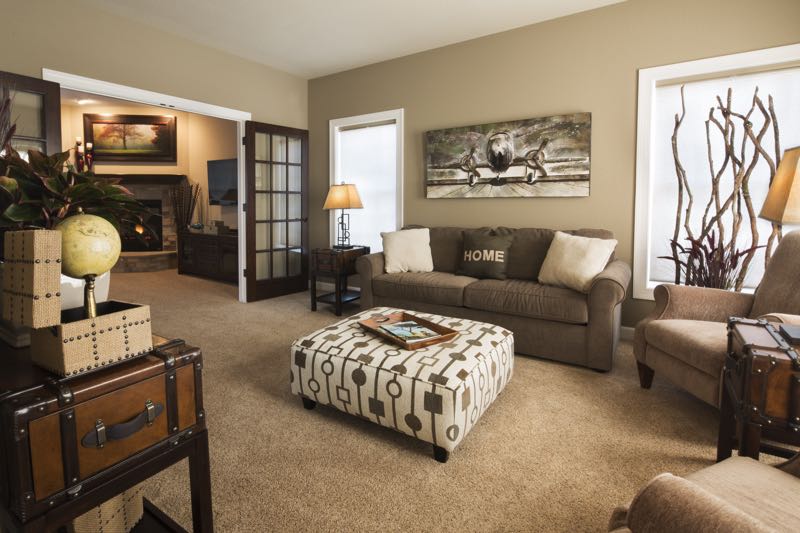 For the ideal entertainment space, Johnson suggests a variety of lighting options. Overhead lights are sometimes too harsh and glaring, unless ample light is needed to play a game or do a puzzle. Instead, a variety of lamps and dimmer switches on overheads allow for lighting control. If the group is watching a film, game or show on television and the room needs to be darker, Johnson recommends room darkening shades.

Most important, however, is that guests feel they can lounge and relax. "Comfort is still king, and reclining furniture is more stylish than ever," says Johnson.

"One mistake people make in living rooms is having their seating too far apart, so it does not allow for comfortable conversation," says Olson. "Grouping your furniture so it allows for movement and circulation, but also so that guests can talk at a reasonable volume to each other is ideal."

Although people tend to think of living rooms, dens or rec rooms as ideal entertainment spaces, other rooms can be utilized if need be. It depends on the size and layout of the home and which room will best accommodate numerous people.

"Don’t be afraid to convert a formal dining room into a more casual gathering space," says Johnson. "You can also remodel an old spare bedroom. This is especially popular for ‘empty nesters’ who have kids that have moved out."

Kitchens are also popular hang-out spaces during a home festivity. Consequently, open kitchens are a current trend, according to Nicholas Konzal, owner of Nicholas Carl Design.

"Clients are asking for larger islands and even double islands so the friends can sit and chat with the hosts while they prepare food or mix drinks," says Konzal, who consults with clients in Milwaukee as well as in Florida.

Kitchens, in general, are entertainment spaces – whether the hosts intend for this or not. Generally the warmest room in the house, the coziness of the kitchen often serves as a guest magnet.

"People will almost always gather in or near the kitchen at some point, so planning for that is always a good idea," says Olson.

In general, color schemes of all kinds work in entertainment spaces and depend on the personal style of the home owner or renter, according to Jill Myles, who founded RCS Commercial Interiors 12 years ago.

"Although there isn't a receded or preferred color for entertainment spaces, when the colors match the style of the home it helps with the flow and openness," says Myles. "Mixing fabrics and textures rather than a lot of paint colors adds great design."

The addition of natural elements, such as sunlight or fireplaces, also add a lot of ambiance to a hang-out space. Candles also provide fire, light and a sense of warmth. 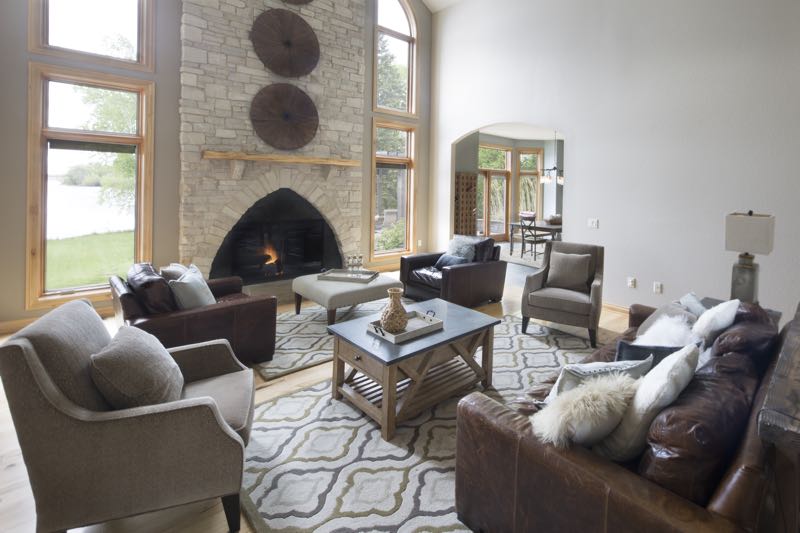 Over the past decade, entertainment spaces have drastically changed, mostly because of the advancement of technology. Wall-mounted, flat screen televisions replaced tube TVs, sound systems have become less complicated and "entertainment seating" has become more coveted and readily available.

"Theater seating and recliners with cup holders and outlets for USB cords and chargers are in more homes now," says Johnson. "Also, large, bulky entertainment consoles are on the way out as people opt for smaller, more compact accent pieces."

During a social gathering, hosts should aim to appeal to guests’ senses of smell and hearing.

"People will feel more comfortable in a spaces that accommodate all senses, so incorporating music if possible, and scents, whether from a meal or snacks in the oven, candles or essential oil diffusers adds to the ambiance," says Olson. "But nothing too overpowering, especially if friends or family have allergies or sensitivities."

"Even a studio apartment could be a cozy backdrop to host a few friends over for a cocktail party," says Olson. 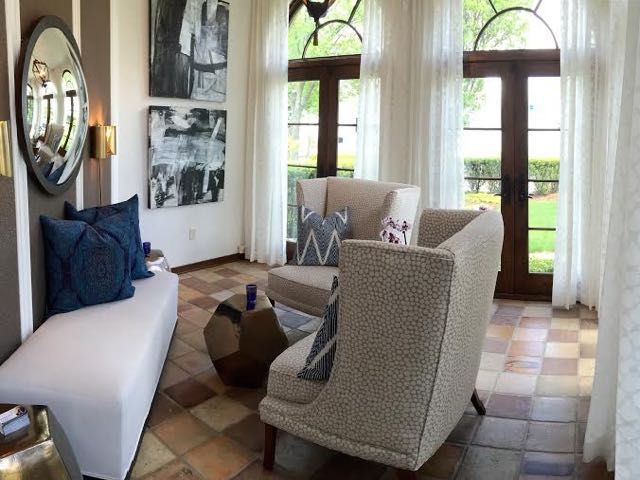 Konzal says that people living in smaller spaces should approach rooms as "dual purpose" spaces – meaning one that will work when entertaining as well as when not.

"Square footage is usually at a premium, so having dual purpose spaces is very important," says Konzal. "The main living space can be used for entertaining friends but also it’s a place to relax when using the space for everyday living."

Over generations, the details in entertainment rooms have changed, but the human desire to share space with others has not.

"Judging by the amount of online blogs that deal with entertaining advice, I'd say that in-home entertainment is as popular as ever," says Olson. "Getting together with family and friends is good for the soul, so I hope that entertaining in homes never goes out of fashion."