Progress report: The Explorium Brewpub in the Pritzlaff Downtown

After some intense work, Mike Doble's second location of The Explorium is about to open in the Pritzlaff Building at 143 W. St. Paul Ave. We went inside to see how it's coming along.

This past winter, I stood in the 1903 addition to the expansive Pritzlaff Building complex on St. Paul Avenue with owner Kendall Breunig, and we marveled at the vintage warehouse construction, both sturdy and beautiful.

And, we agreed, surely, there’s a restaurant, bar or other business that would love this kind of space, with its high ceilings, striking construction, windows all along St. Paul Avenue where The Hop passes by every few minutes and, of course, the cool old rail car tunnel that runs alongside the space. 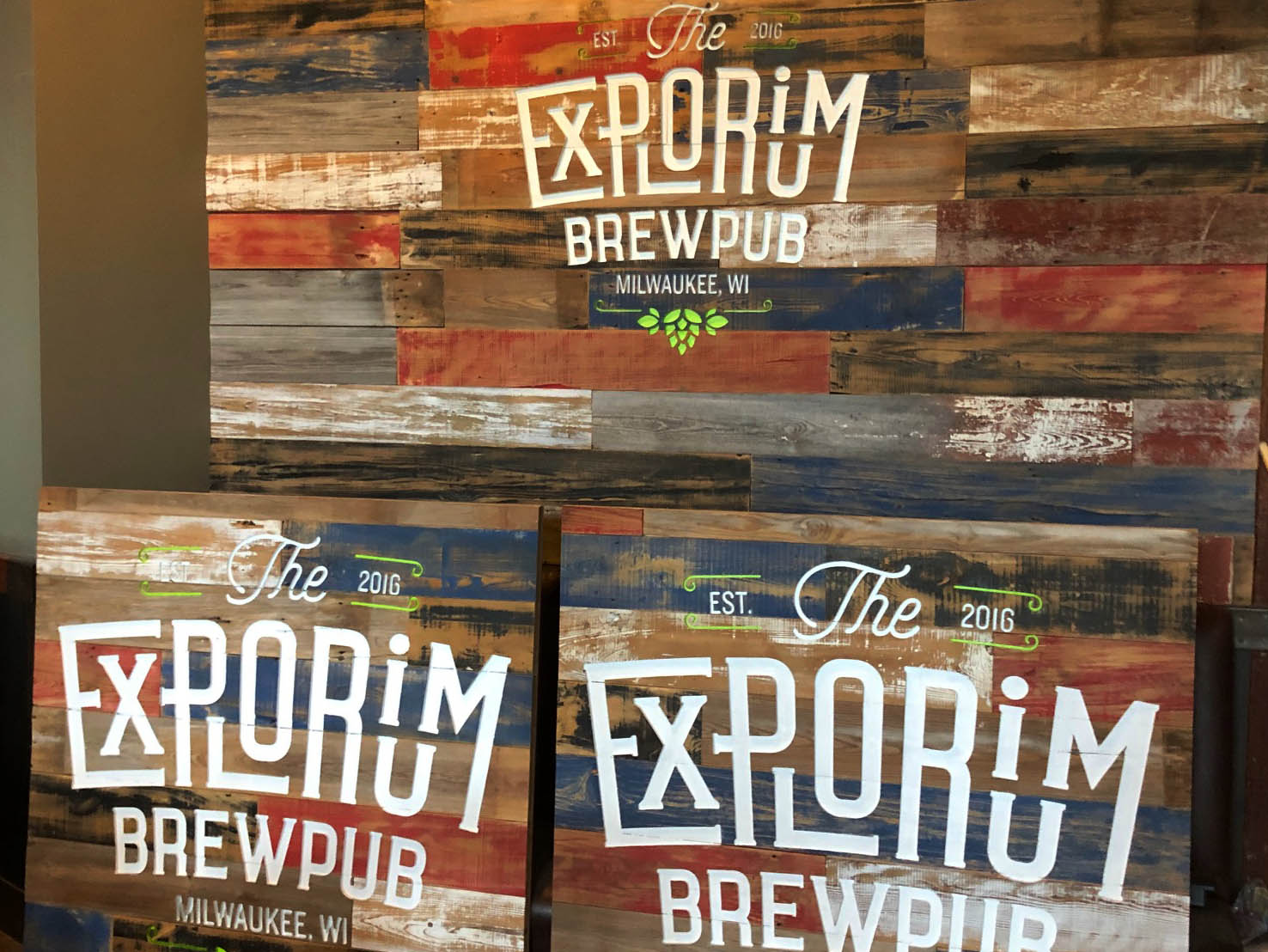 Now, just about seven months later, after some intense work, Mike Doble’s second location of The Explorium is about to open there at 143 W. St. Paul Ave., where it will be part of the Third Ward business district.

"We're about two weeks behind where I really wanted to be," says Doble, who opened the first Explorium in Southridge Mall in January 2017. "I wanted to be open by the end of July, but it looks like we're probably going to do some soft opening about mid-August."

While Doble is awaiting his liquor license and various official inspections, a crew from Oconomowoc’s Quality Tank Solutions is installing the brewhouse, right up front by the windows, so passersby can see.

In the tunnel, carpenters are building the outside "Tunnel Bar"; in the dining room, booths are in place; the kitchen is being built out and equipped; and below, in the basement, a ton of work has been ongoing to put the infrastructure for a 2020 brewery and restaurant into a 1903 building. Walking around to see it all, one can’t help but be impressed by the gargantuan effort.

Especially during a pandemic shutdown.

"It slowed us down a little bit only because of availability of materials and things," says Doble. "Right now, we're still waiting for some circuit breakers for the electrical system that because of COVID and everything else, they stopped importing them. So, that stuff all put a little bit of damper on things. Like for instance, bar stools, you can't get bar stools right now.

"It's all kinds of crazy stuff. Nothing that's going to stop us from opening, but it's just taking a little longer." 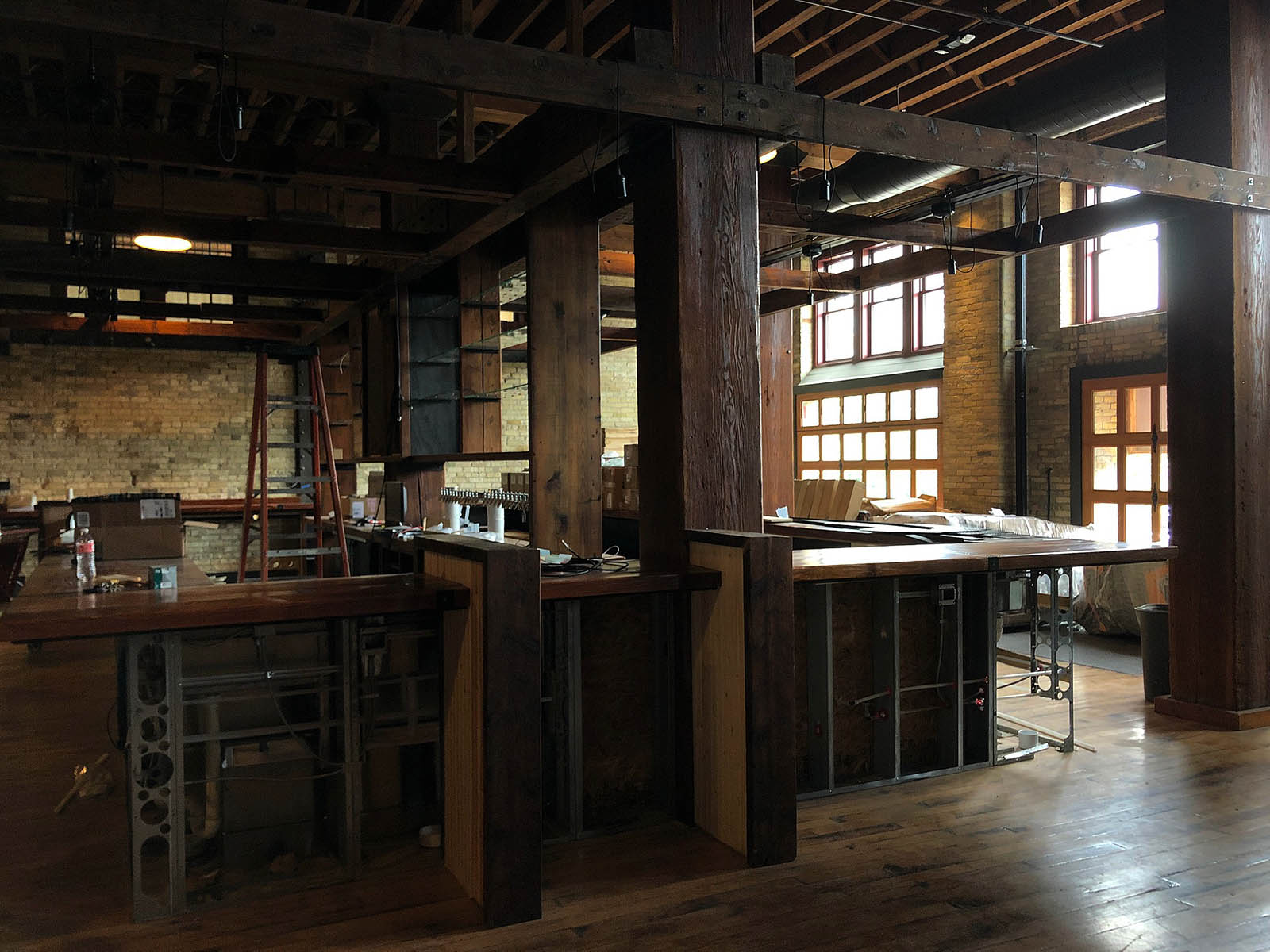 Doble hopes to be open, softly, by mid-August with Labor Day weekend the goal for its main opening.

Of course, the team’s main players are in place: General Manager Matt McCulloch, who had most recently been at La Merenda but also owned D14 Brewing in Bay View; brewer Ryan Burac, who Doble met while the brewer was working at City Lights Brewing; and chef Amanda LaLuzerne, who worked at Distill and other area restaurants. 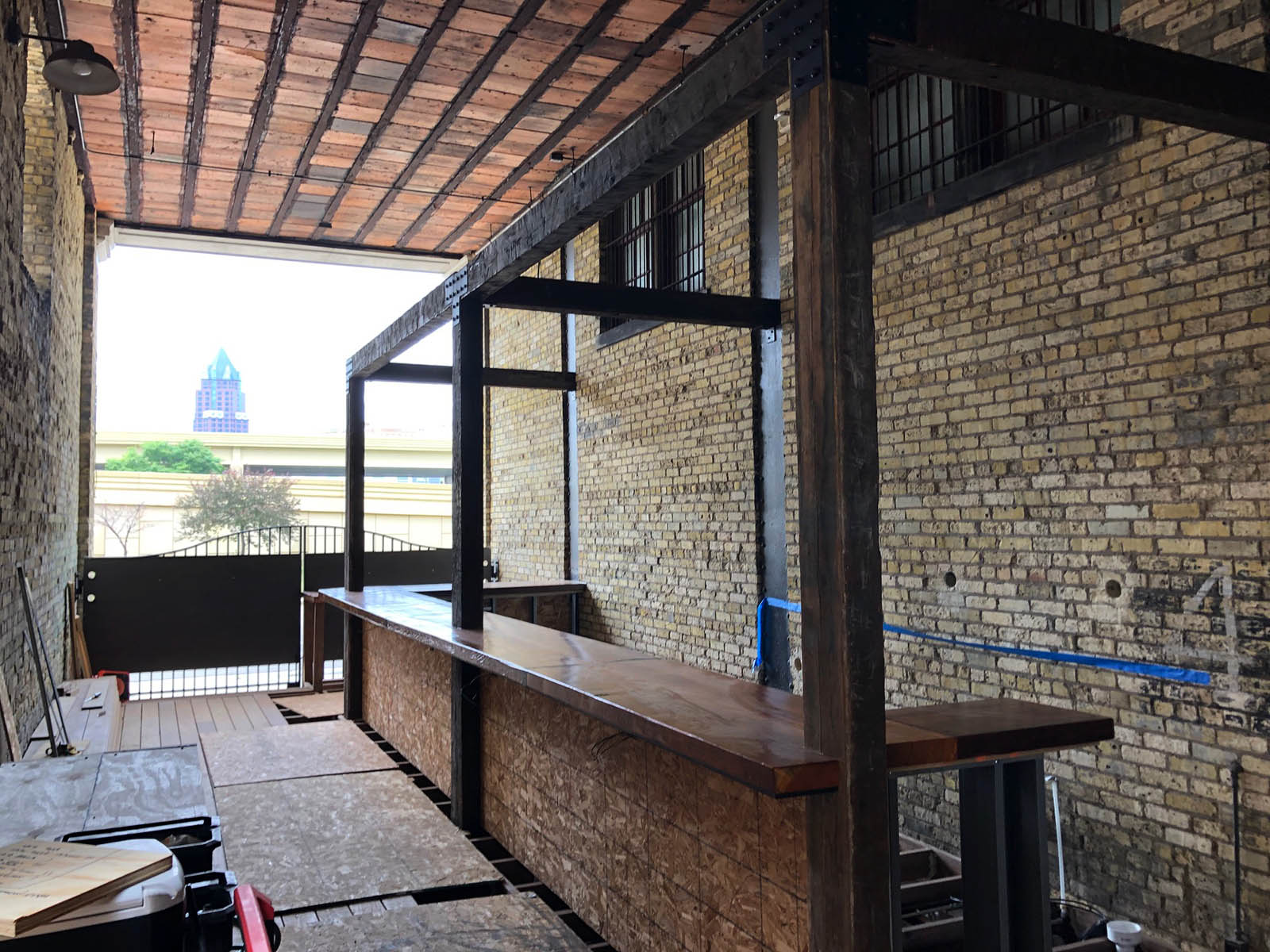 The bar will seat about 80, says Doble, with seating for 160 in the dining room. Outside, the Tunnel Bar (pictured above) will have 16 stools, and there will be space for another nearly 150 in the tunnel space – with its 14 tables – and on a patio just beyond it.

The patio will have two fire pits, some comfortable lounge seating and feels intimate thanks to the cream city brick wall that separates it from the sidewalk.

There will be a humidor in the bar inside, but you’ll only be allowed to smoke them on the patio. 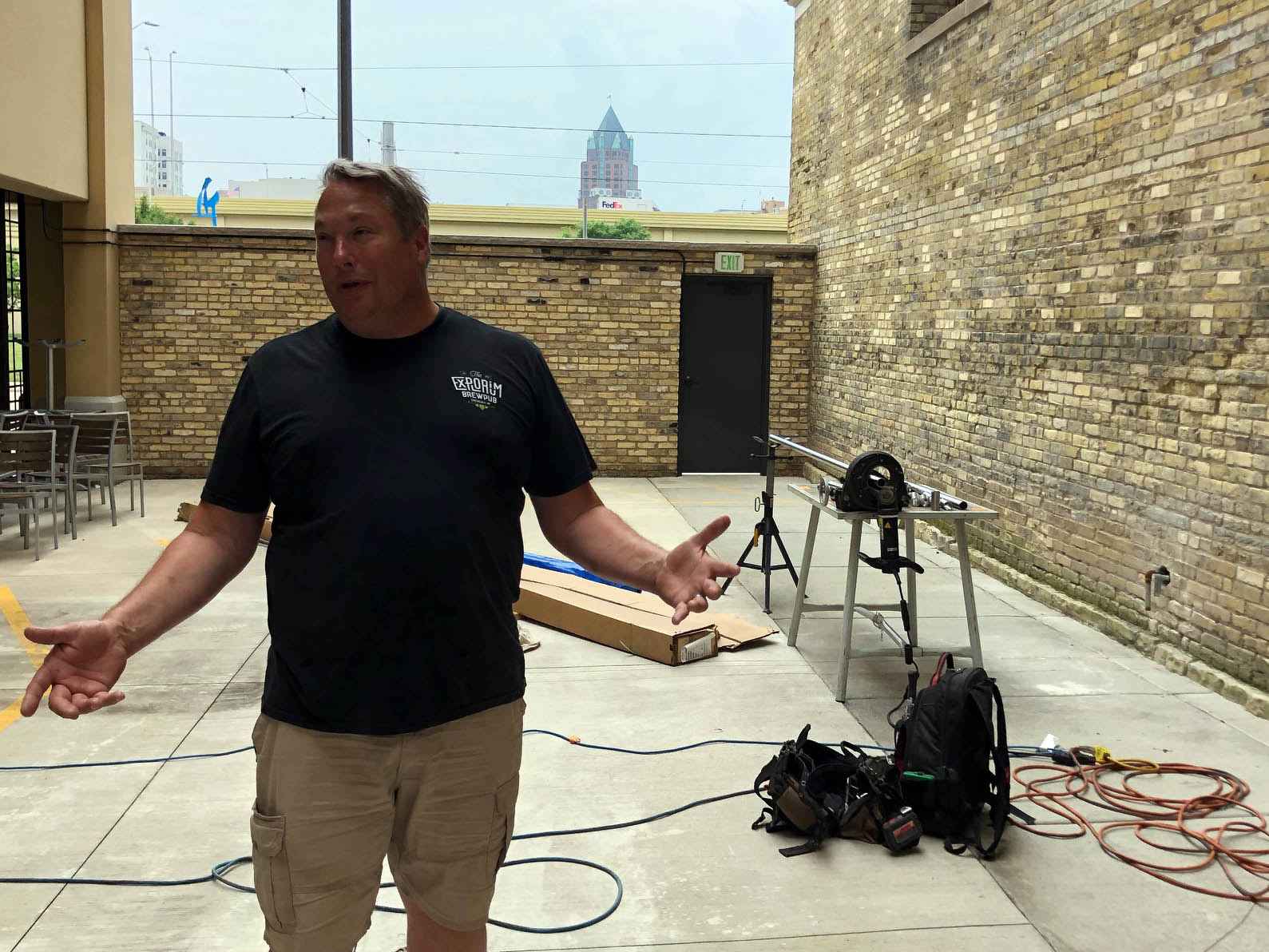 The Tunnel will be heated.

In these trying times, Doble expects the Tunnel Bar and patio to be especially popular, but inside there are some signs of the coronavirus world, too.

A planned big group table for the bar area will, for now, be smaller tables for more intimate, distanced groups of patrons. And although Doble started on them before COVID, the booths all have very high partitions separating them, which has turned out to be beneficial now in terms of social distancing.

Doble says the menu at the new location will, at least at the start, be very similar to the one at Southridge, but he expects that to change over time.

"What I've asked the chef to do is get the menus together – let's open with very similar menus and then start to build your own personality," he says. "I believe that the clientele, the guests that come here Downtown, will be a little different than what we have at Southridge. So, the different crowd is going to demand different things on the menu.

"And just like when we opened Southridge, I had a menu. Our menu today doesn't look anything like it. It just evolves over time. It's going to be a fun divergence to see the two locations take on their own personality." 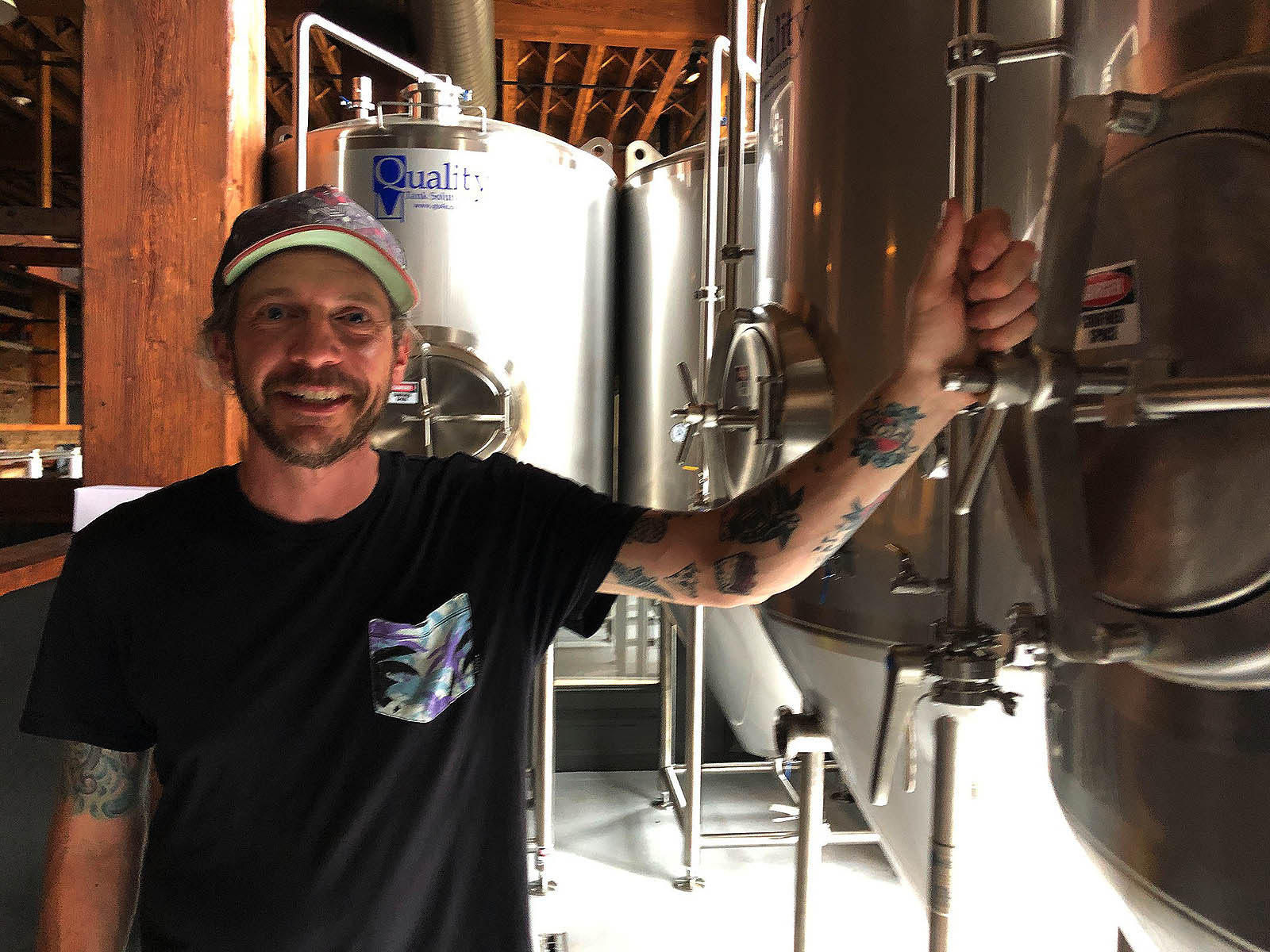 Expect the same approach on the brewing side, too, as Burac (pictured above) will make the same flagship beers here as are produced at Southridge, but the Pritzlaff location will also have special brews and Burac will be allowed to flex his creative muscles, too.

"We'll swap beers back and forth," says Doble. "Each location will brew its own (batches of) core brands. So our Captain Kidd’s Lost IPA will be brewed at Southridge as well as here. It doesn't make any sense to move back and forth. We can brew it here.

"But if Ryan comes up with a cool beer, we'll take that batch and we'll put some of it in kegs and ship it over to Southridge. That's going to be fun because now we have, over at Southridge, we have two brewers. We'll have one here. Matt's a brewer as well, as you know, and I'm a brewer. So, now we have five guys on brew staff with all these great ideas for stuff we can make. It just adds another depth of knowledge and richness to what you're doing and varied experiences and different desires."

Burac is big on American wild ales while Southridge’s Kyle Ciske is a fan of light lagers and Doble is most excited by making malty stouts and Scotch ales.

"It's all those different skill sets and desires and passions – they all feed in and it's awesome," says Doble, who plans on getting the brewing staffs and GMs together for monthly meeting to talk about what’s being brewed and for sharing ideas.

"I'm so excited about having all these fresh ideas," he says.

The new brewhouse is a 10-barrel system, as at Southridge – but with some variations. 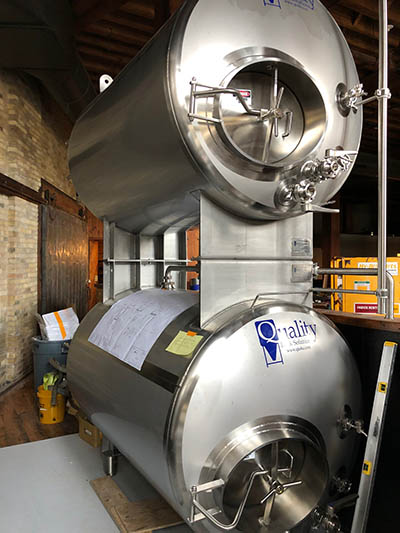 While Southridge has seven 10-barrel conical fermenters, Pritzlaff will have six of them, plus a pair of horizontal lagering tanks, which Doble is excited about.

"We make a tremendous amount of lager," he says. "So, having the lagering tanks is huge for us. It's kind of a distinguishing feature of this brewpub in that there's not a lot of 10-barrel breweries that have horizontal lagering tanks. So, it helps with our process quite a bit in that we can primary in a conical and then put it in the tank to lager."

Like Southridge, Pritzlaff will rely on a mobile canner for packaging.

Doble has his eye on every aspect of the build-out and, in fact, he’s knee-deep in the hands-on work, too. In fact, he spent last Saturday installing hanging shelves from the high ceilings in the kitchen. 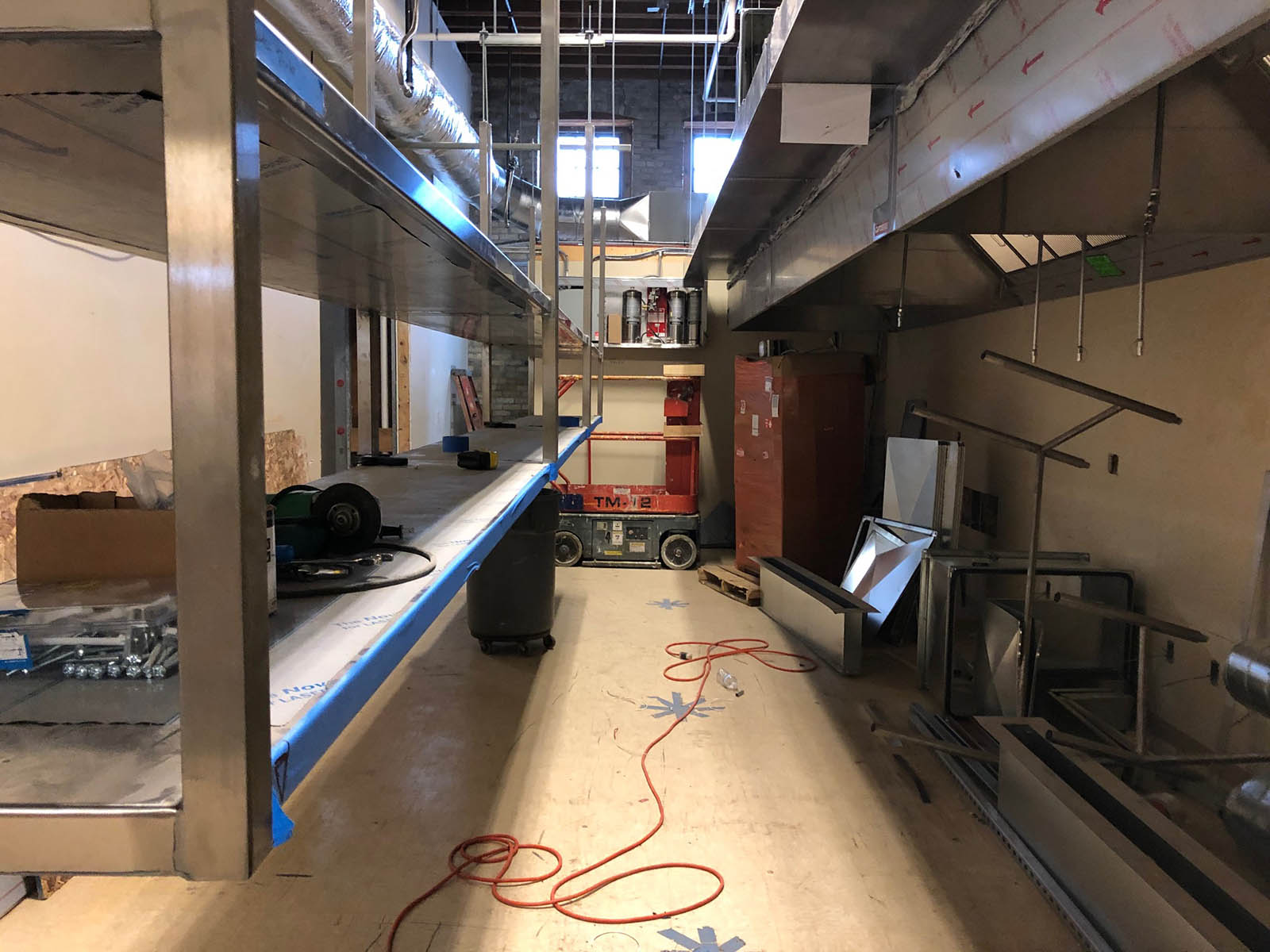 "I’m a busybody," he says, "I have to be doing something or I drive everybody crazy."

Luckily for everyone, then, that the amount of work that is going into the new Explorium Brewpub Downtown has been huge in both scale and complexity.

"It’s been a lot of sleepless nights," says Doble. "But it’s worth it."