When we first met Faklandia Brewing's Nate Fakler and Ben Mantay, they were making beer on other brewers' systems, dreaming on a permanent home of their own. Now they have one and it's open ... at least for pizza.

When we first met Faklandia Brewing’s Nate Fakler and Ben Mantay, they were making beer on other brewers’ systems, dreaming on a permanent home of their own.

Last year, it had appeared they’d found just that in St. Francis, right around the corner from the just-shuttered St. Francis Brewing. They had a big raw space and plans just as big.

Then it all fell apart, though Mantay is mum on why. 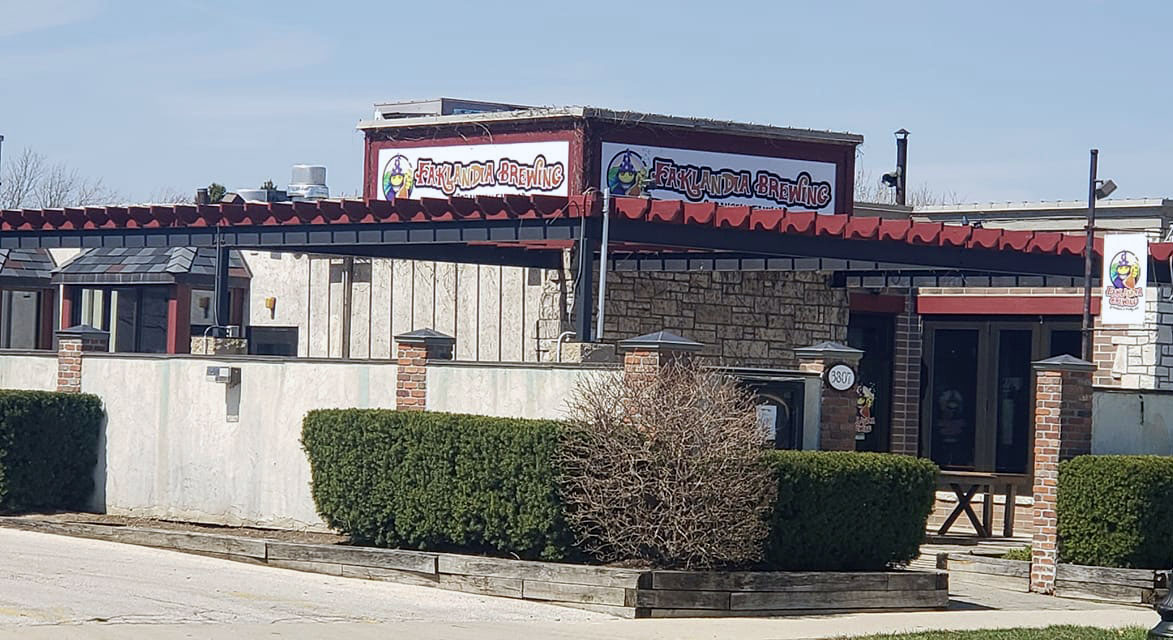 But as luck would have it, the former 42 Ale House space at 3807 S. Packard Ave., also in St. Francis, became available and it came with a lot more pluses than the previous spot. This one was on a main drag and it had been already fully kitted-out as a bar and restaurant, saving a lot of time and money.

So, now, after three Kickstarters and one false start – plus a pandemic shutdown few would’ve predicted just a few months earlier – Faklandia is at least partially up and running. (You can learn more about the brewers’ roots here).

"We’ve had road blocks thrown at us every single step of the way, and this (shutdown) was just another that we needed to overcome," says Mantay.

"We handled it in stride, and believe that we have come out the other side stronger."

After announcing the new location in early March, everything came to a grinding halt, but Mantay and Fakler kept moving, working to get licensure to brew beer and serve food, as well as to get the space ready.

At the same time they not only helped organize, but also hosted, the first of four Beer Drive-Thrus selling local craft brewers’ beers, drawing huge lines of cars to the new location.

That turnout led to the next three installments of the drive-thru being moved to The Explorium in Greendale, where the Southridge Mall parking lots are better adapted to handling the traffic, especially because the mall was closed. Back in St. Francis, Faklandia was ramping up its production of pizzas, which is has now been selling on a carryout basis for a week.

It’s a great way to bring in some revenue, but also to introduce customers to the place.

"The reception to our pizzas has been incredible," says Mantay. "We were nearly at capacity each night, and were still able to deliver the Quality and Customer Service that is at Faklandia’s core."

On opening day, St. Francis Mayor Ken Tutaj stopped in and presented Faklandia with the key to the city.

However, Faklandia still isn’t able to focus on its main mission: brewing and selling beer.

"Unfortunately, due to the nationwide shut down, our system got stuck in its final stages of production," says Mantay of the six-barrel brew system with 10 fermenters that’s been ordered from Colorado Brewing Systems.

"Once it’s finally delivered, we plan to push forward sill steam ahead to get the product that everyone is waiting for to the consumer and fans. No beer for sale currently, but we cannot wait!"

While they wait for the brewing system and for the taproom and restaurant to open fully, the two are continuing to focus on prep work at the brewery and making pizzas for hungry Milwaukeeans.

"We plan to do the to go orders until things seem more solid and manageable regarding the virus," says Mantay. "However, our courtyard patio is open during our to go hours for enjoyment of our pizzas.

"We sanitize the doors, the tables and each guests’ card as they come in to minimize the spread. Our employees also wear masks. We are doing everything we can for our community during these unprecedented times. And we appreciate all of our customers’ support to help us make it through COVID."

But even with all the hurdles – and maybe because of them – Mantay and Fakler are thrilled to finally have customers at their very own Faklandia headquarters.

"It’s phenomenal," says Mantay. "We’ve been working toward this for three years and to power through a nationwide shutdown and to see the reception that we have has truly been a mind blowing experience."