Fein Brothers restaurant supply store, which is moving to a new location near its longtime current home at 2007 N. Dr. Martin Luther King Dr., is removing its vertical and marquee signs and placing them in storage with the hope that they can be displayed in the new store.

Fein Brothers restaurant supply store, which is moving to a new location near its longtime current home at 2007 N. Dr. Martin Luther King Dr., is removing its vertical and marquee signs and placing them in storage with the hope that they can be displayed in the new store.

The sign is something of a neighborhood landmark and was installed by Merit Furniture, which occupied the building since the 1920s, until Fein Brothers arrived in 1967. The building’s facade was rebuilt after a 1929 fire and it’s possible the sign dates to that time. 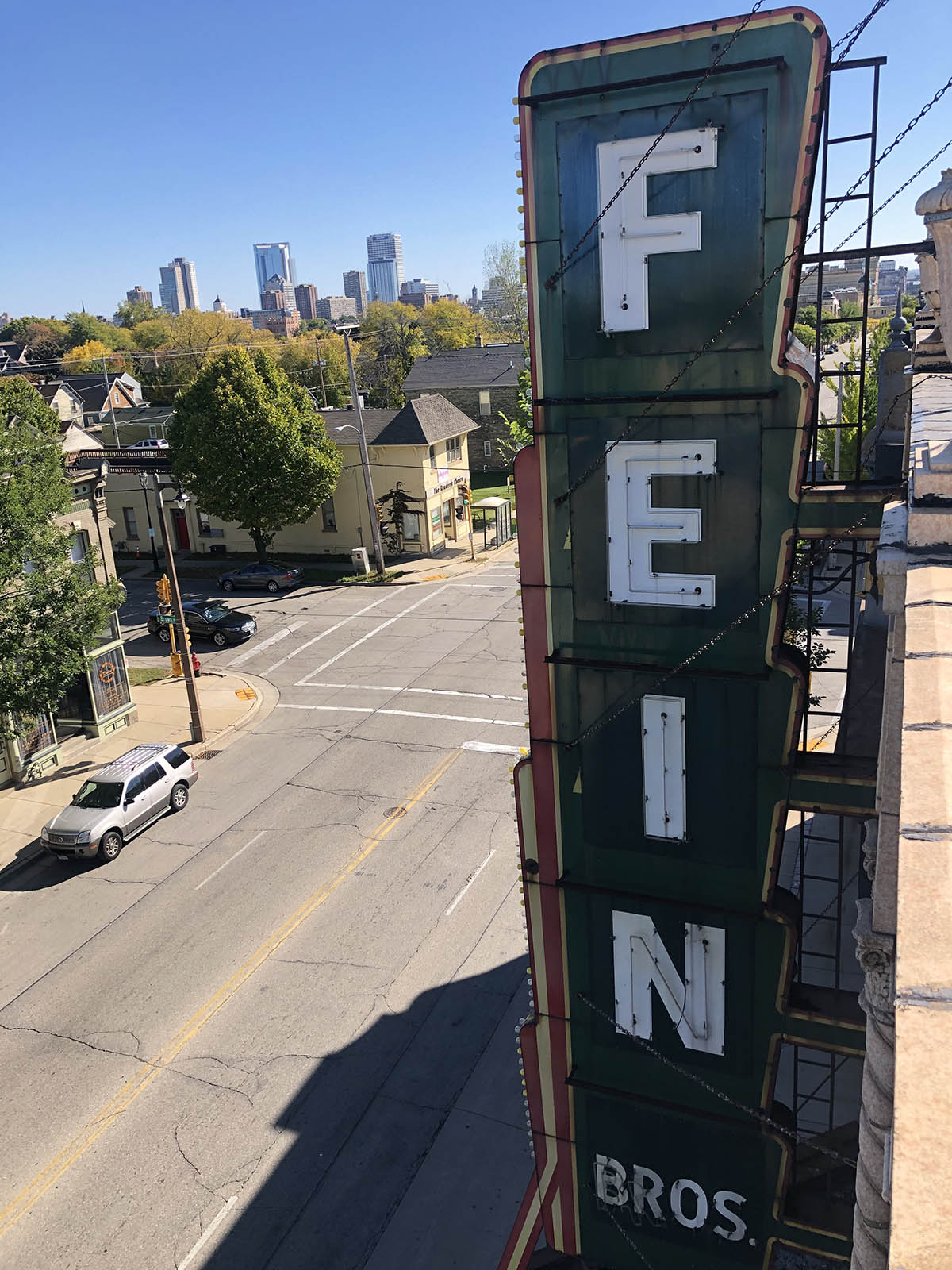 Fein Brothers modified the existing sign when it occupied the building.

You can also see the Merit Furniture name in the terrazzo floor of the exterior vestibule of the building.

(Read more about the history of the building in this Urban Spelunking article.)

On Tuesday, Dec. 1, the same day Fein Brothers opens in its new location at 2023 N. King Dr., Pure Mechanical, Ideal Crane and Raylyn Contractors will remove the sign in the hopes of preserving it.

A new sign, based on the vintage one, will be created for the new location, which currently has a temporary sign, and installed by January.

“Sadly, the engineering work needed to relocate the sign to our new showroom would be
too cost prohibitive for us to undertake,” says Fein Brothers co-owner Todd Minkin. “I’m hoping we can recondition the sign and find a way to display it in our new showroom.”

A grand opening event at the new location is expected to take place in December.

UPDATE: Here is a photo of the sign as it was being removed... 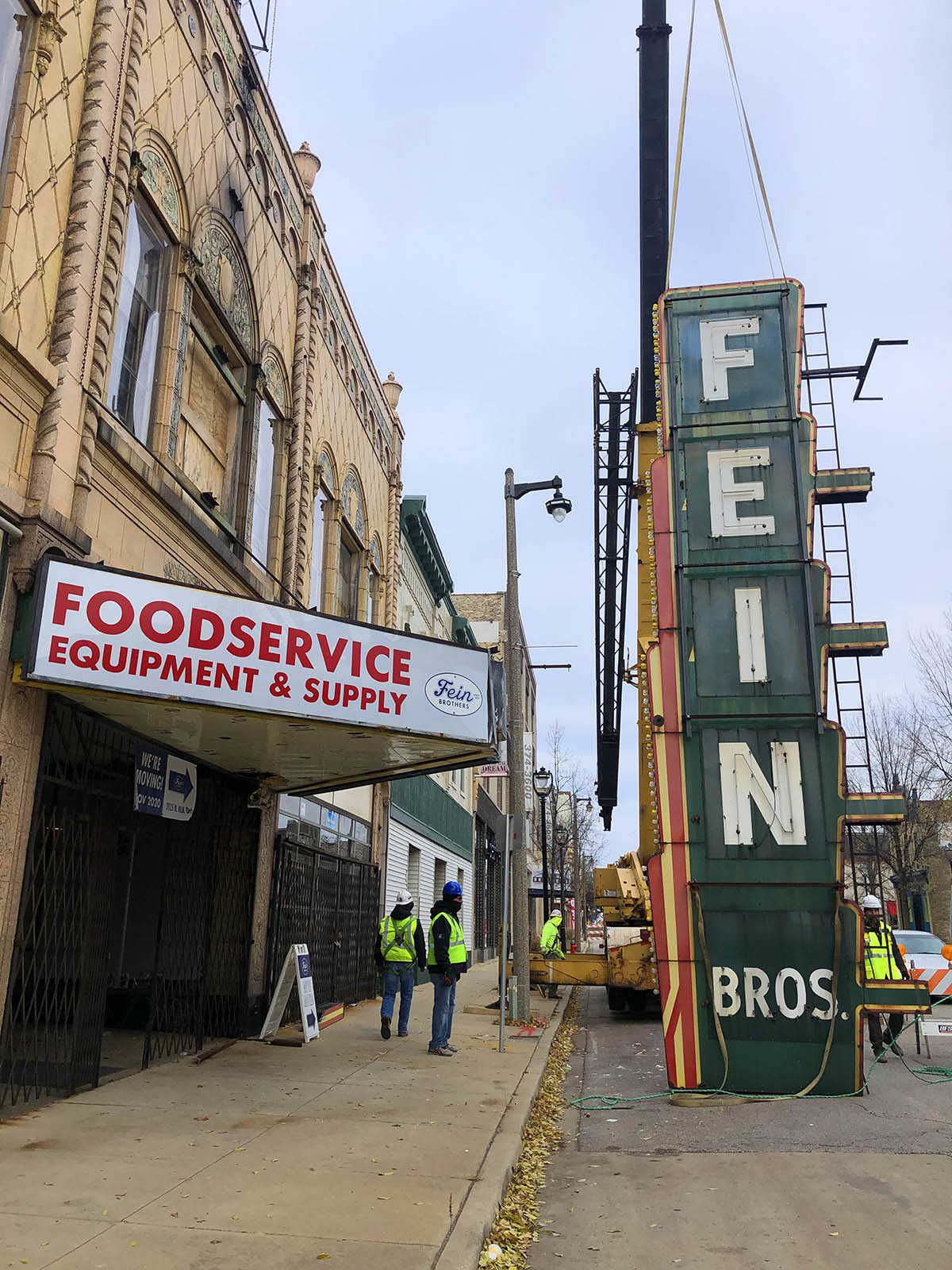