The Field Museum's "Tattoo" exhibition, which runs through April, is by no means the first exhibition on the art of ink on skin, but considering the size and reach of this Chicago institution, it's surely one of the biggest.

The Field Museum’s "Tattoo" exhibition, which runs through April, is by no means the first exhibition on the art of ink on skin – among other shows, Milwaukee Art Museum hosted one here a few years ago – but considering the size and reach of this Chicago institution, it’s surely one of the biggest. 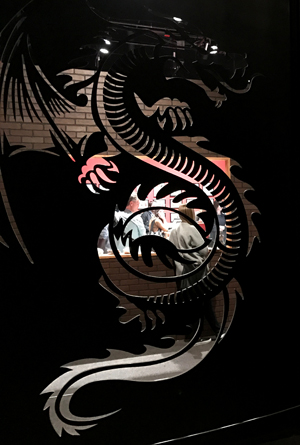 There are more than 125 objects that tell the story of tattooing in cultures around the globe.

I visited on the 106th birthday of Norman "Sailor Jerry" Collins, a day which found tattoo artist and TV star Oliver Peck on hand tattooing in a studio built into the exhibition, and visitors lined up at the stanchions and some viewing windows to watch Peck tattoo a parade of lucky guests.

But before that, visitors traveled through darkened galleries to see the show, which was strikingly designed and executed, with eight-foot-tall flash cutouts offering tantalizing views into upcoming rooms and silicone torsos and limbs displaying some really astonishing work. 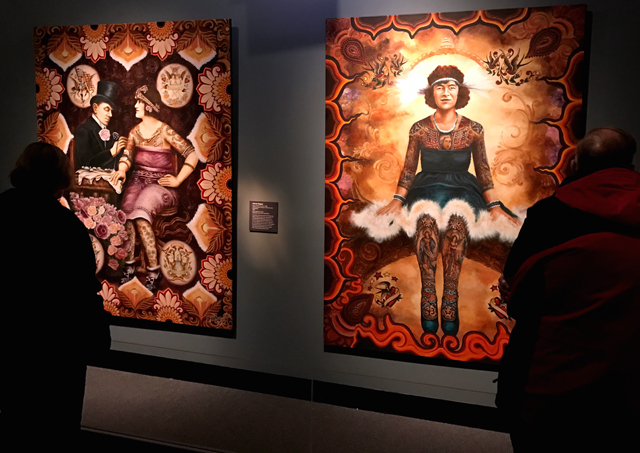 "For us, in the past 40 years, we think of tattooing as self expression, as something artistic, an adornment on the body, but around the world, there are so many different reasons why people would want to permanently put images or text on their bodies, not just their own personal expression but for religious reasons, for community experience."

"Tattoo" traces the varied lineages and uses of tattooing in East and North Africa, Canada, Asia, New Zealand and beyond. 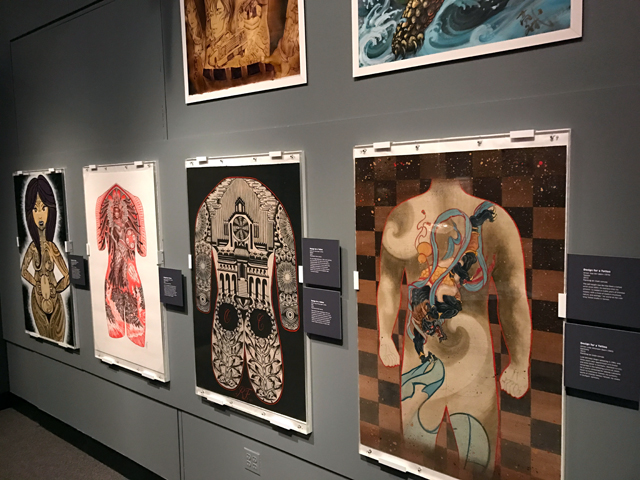 "I'm not exaggerating when I say that tattooing is on all continents of the world," said Hong. "That includes Antarctica because a lot of people who go to Antarctica actually come back with a tattoo. (In the show) you see things from different centuries, different places in the world." 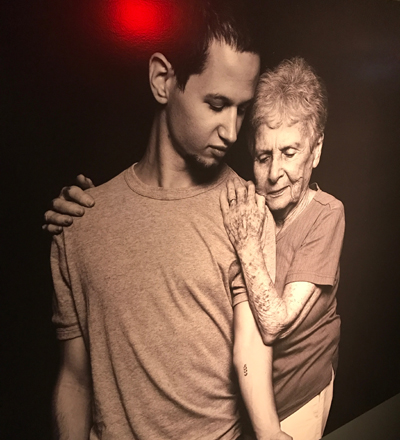 Personally, I found the two sections that discussed tattooing at Auschwitz to be among the powerful. One panel showed a young Israeli and his grandmother posing together, visible on his left arm is the number his grandmother had forcibly tattooed on her arm in the camp.

The man voluntarily had the digits permanently written on his arm too in solidarity with her.

Unsurprisingly, work of folks like Ed Hardy and his mentor, the iconic Norman "Sailor Jerry" Collins, are among the most popular in the show, because they are, to many Americans – and folks around the globe, too – the embodiment of modern classic tattoo art. Consequently, you’ll jostle for space in front of a range of rare original Sailor Jerry flash sheets toward the end of the exhibition.

The work is a melding of a number of themes and styles: naval and South Pacific imagery, blended with American cartoon styles and themes of freedom and patriotism. 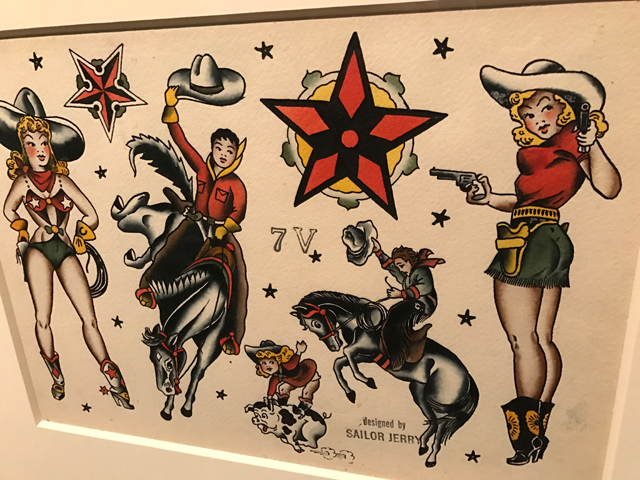 "It's a real honor to celebrate the birthday of the historic Norman Collins, the historic Sailor Jerry," said The Field Museum’s Hong. "He comes at a really interesting moment in the history of tattooing."

Get to Chicago, get to The Field Museum and check out "Tattoo," because Hong was spot-on when she said, "we have some wonderful things here from all around the world."

"Whether you’re someone with tattoos yourself or someone who’s interested in contemporary art practices and cultures around the world, this exhibition has something fascinating in store. Tattoos are a way to make what’s inside of you, your experience and your beliefs, manifest on your skin. It’s powerful to encounter that." 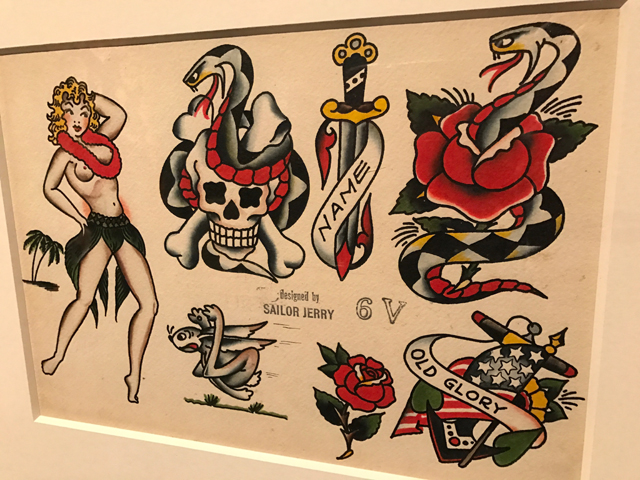 Discounts are available for students, seniors and children. They can be purchased online. 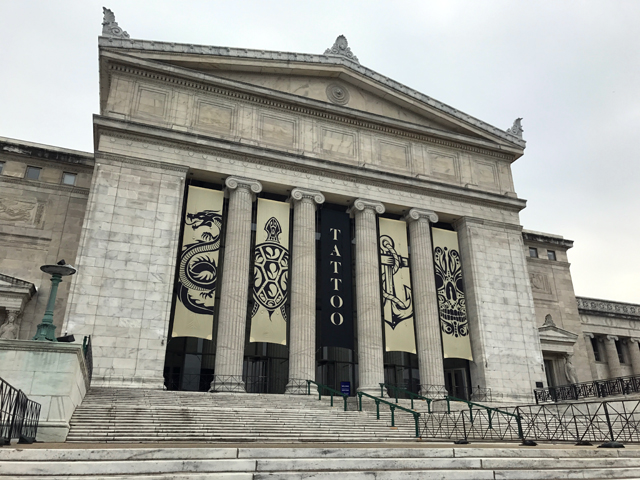 There will be live tattooing on select weekend dates between Saturday, Feb. 11 and Sunday, April 30. Here is the current schedule:

For more information on the show, visit fieldmuseum.org.

Colectivo's second Chicago cafe is open and a third is underway