Eager to see the changes that were made recently at Ristorante Bartolotta, a restaurant which has remained virtually untouched since its opening in 1993, we took a guided tour with Executive Chef Juan Urbieta and members of the Bartolotta's team.

Eager to see the changes that were made at the restaurant, which has remained virtually untouched since its opening in 1993, we took a guided tour of the restaurant with Executive Chef Juan Urbieta and members of the Bartolotta’s team.

One of the first changes you might notice is the brand new logo, which is displayed proudly on the sign outside the restaurant (as well as on the menus and tables inside). It was a redesign implemented to bring a distinctly more Italian look and feel to the brand. It’s easier to read than the former logo, particularly from a distance, and it signals guests that changes have taken place within the restaurant itself.

Once inside, you might not immediately notice that anything is dramatically different. There are still vintage photos of Italy and the Bartolotta family on the walls. And the tables are arranged in a familiar fashion. But, if you look closely, you’ll see a number of improvements to the dining area that regular diners are likely to appreciate. 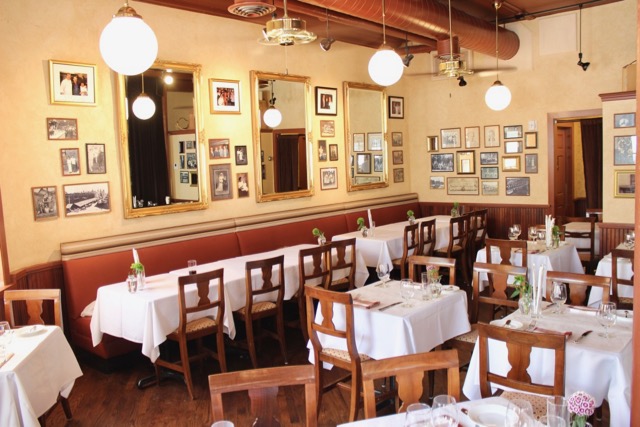 The goal for the Ristorante Bartolotta space has always been to provide guests with a comfortably elegant environment. That aim has been maintained with upgrades to a variety of finishes throughout the restaurant.

The white lace curtains that formerly hung in the windows have been replaced with new linen-colored window coverings. There are also shades, which can be adjusted to prevent unnecessary glares from sunlight or the headlights of parking cars.

Hardwood floors have been refinished to renew their deep mahogany coloring and sheen. Meanwhile, new tile with a distinctly Italian design has been installed surrounding the bar. 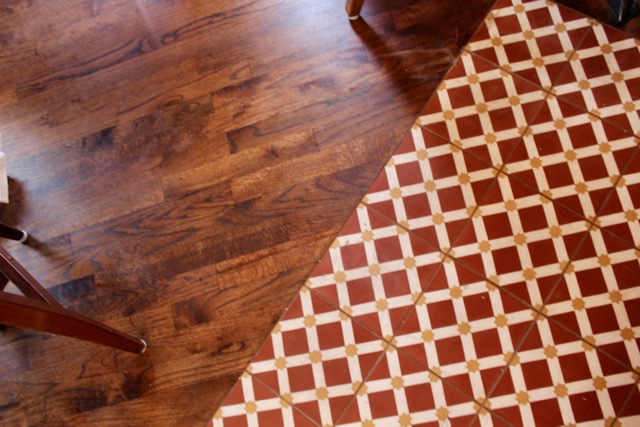 Guests will also note that the floor has been evened out so there’s no longer a step down when entering the restaurant near the host stand.

Meanwhile, chairs have been upgraded with new upholstery that complements the overall color scheme of the space. 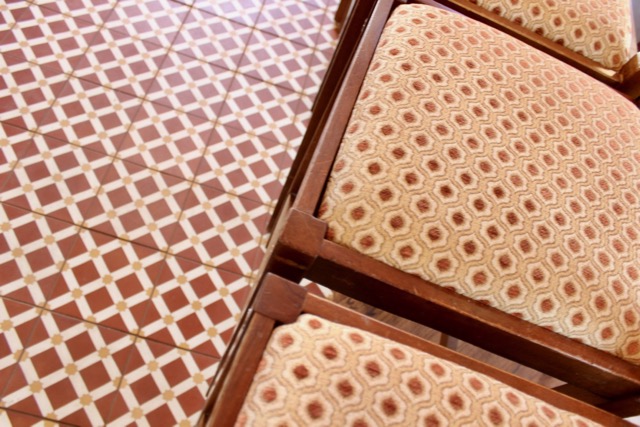 Subtle changes include a new sound system, which will improve the sound quality and volume control for music played in the restaurant. There's also a brand new espresso machine, which offers tighter consistency for more perfect cups of the Italian elixir. 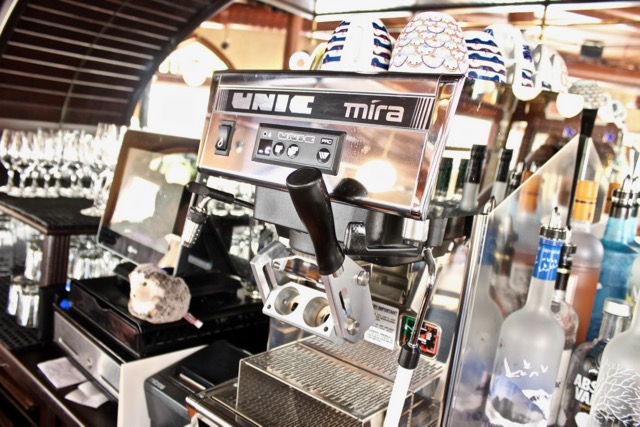 And if you’re missing the garlic, salumi and pheasants that once hung on the brass rod above the bar, you can rest assured that they will return. They’ve simply been sent out for a deep cleaning.

On tables, guests will notice comfortable padding beneath the white table cloths, as well as custom Ristorante Bartolotta stamps on the white butcher paper coverings. New napkins are made from Italian cotton. There is new flatware. And new stylish dinnerware has been procured from Richard Ginori, one of the oldest porcelain China makers in Florence. 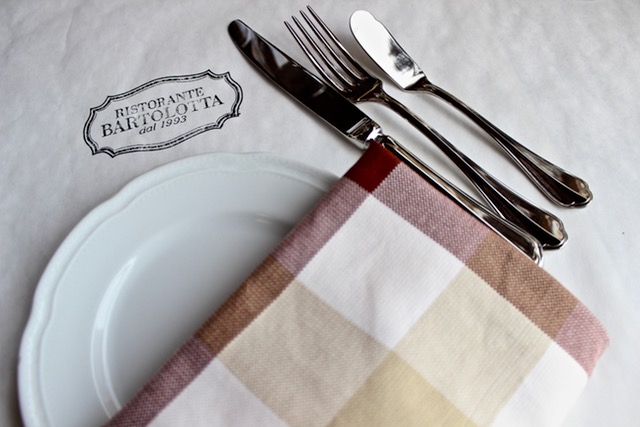 A good number of the improvements at Ristorante will never be glimpsed by guests. In fact, many are hidden backstage in the kitchen where Urbieta and his staff prepare all the delicious entrees served in the dining room.

The kitchen, which is one of the smallest in the city, has been in need of upgrades for quite some time. However, as many chefs do, Urbieta and his staff have made accommodations for the size and amenities in the space. 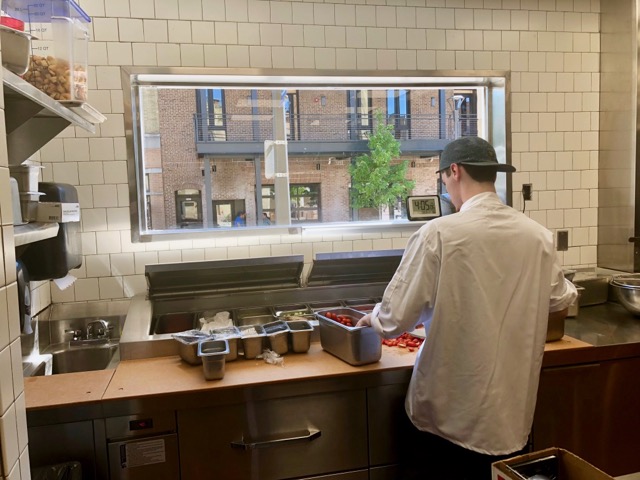 Since the remodel, Urbieta says he now has a "Ferrari of a kitchen." But he notes that the upgrades are far more about his team than they are about him.

"I’ve always been excited about my work, but this is really for my staff," he says. "It shows them that we’re evolving as a company, giving them the things that they need. And it makes them excited about coming to work."

The largest of the upgrades is the installation of a beautiful orange Hestan combination fryer, grill, flat top, oven and pasta cooker, as well as a Salamander broiler. 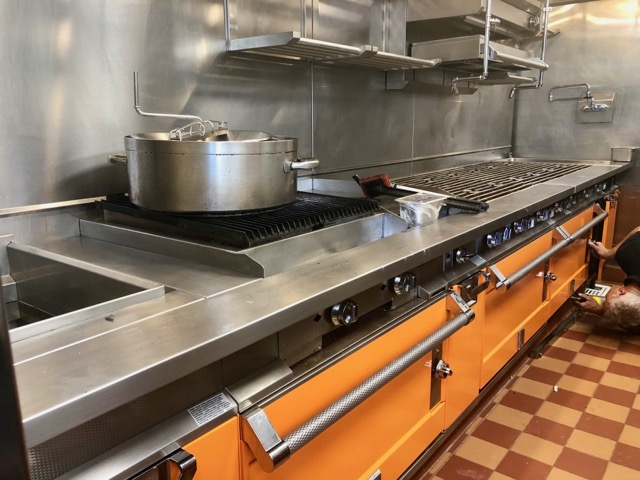 Urbieta is most excited for the flat top grill, which he says will open up the possibilities for a variety of new cooking styles and menu items.

"It’s very versatile," he says. "And it allows us to do a variety of things from reheating foods to grilling la plancha. It’s beautiful for delicate items like shellfish – including prawns, lobster and langoustines – which I’m looking forward to preparing a la plancha." 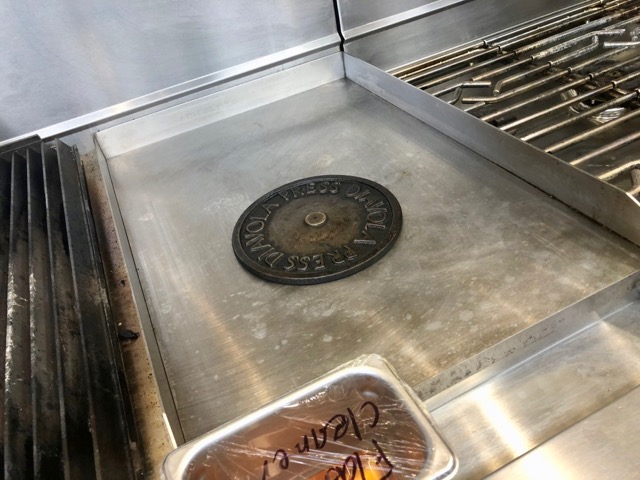 Other upgrades include new refrigeration units and the installation of floor drains, an element that has been missing from the kitchen in the past. There’s also a brand new CVap, an oven which cooks with steam and hot air, offering chefs precision control over a food’s temperature, moisture, and texture.

Additional improvements include the addition of a new cooler to hold wine and bottled waters, a glass polisher and brand new Riedel wine glasses. The additions aim to improve both the guest experience and the efficiency of waitstaff, who no longer need to leave the dining area to run down the basement to fetch wines or hand polish each glass. The restaurant has also invested in numerous red wine decanters, a luxury Urbieta says has been on the wishlist for some time. 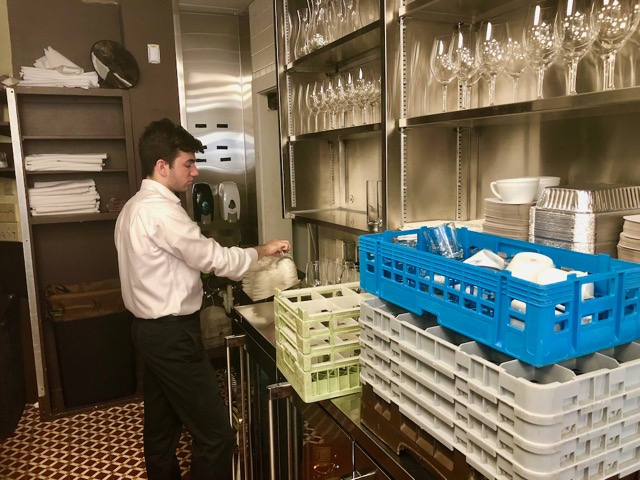 "We always wanted to decant our red wines for guests," he says. "There’s a myth that you only decant really old wines, but it’s really a benefit to all of them. And we want our guests to experience the best possible wine, whether it be a $20 bottle or something more expensive."

To top things off, Urbieta and the kitchen staff are breaking in their new digs with a few new menu items, including two new appetizers, two pastas, two entrees and two desserts, just a precursor to additional regional specialties that will be added later this summer.

On the sweeter side, there’s Pesche al Forno, roasted peaches that have been stuffed with chocolate and amaretti ($8.50) and Crema di Limone alla Sorrentina, a bright, fresh dessert featuring chilled lemon cream with toasted meringue ($9).