In this series, we're trying out some of the city's most popular fish fries. You'll find commentary, pro tips and ratings of the three staples of a classic Wisconsin fry: namely the fish, the potato pancakes, and the classic Wisconsin style brandy old fashioned.

Erv’s Mug has been a staple in the Oak Creek community for nearly 40 years. And there’s good reason for that. It’s an upbeat, service-oriented spot with a menu of scratch made fare and drinks – including a great selection of craft beer – that shouldn’t make anyone complain.

The atmosphere is comfortable and a little bit old school. And it seems every square inch of wall space is covered in beer paraphernalia. Or – as you’ll find during the holiday season – Christmas decorations. On our recent trip, there were baubles and bows and an inverted lighted Christmas tree that spun gaily above the main dining room. 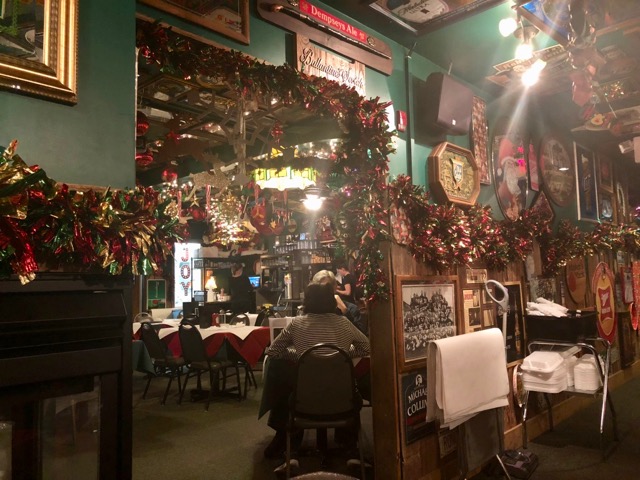 But, maybe the best thing about Erv’s Mug is that they serve a fry that’s distinct from so many "out of the Sysco box" fish fries around town. 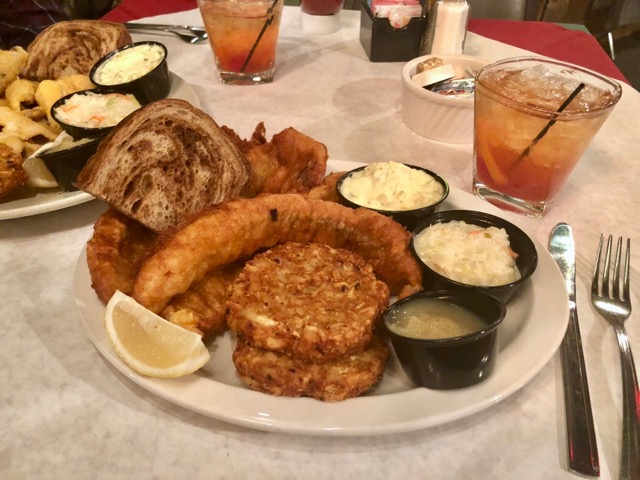 The perch platter featured six full perch (12 small fillets) that had been lightly seasoned and dredged before being fried to a light crispness. They had great flavor and the fish itself was moist and tender.

Meanwhile, the cod featured a full-flavored beer batter with a good amount of beer flavor. The batter had a tendency to separate from the fish when cut, but that’s about the worst I can say about the tender, flavorful fish.

The potato pancakes were super crispy thick cakes studded with mild onion and nice texture from the potato. There were none of my beloved little straggles on the exterior, but I’ll give them a pass. After all, these were pretty tasty.

The first thing I noted about the Erv’s Mug old fashioned was the subtle aroma of cloves and spice, likely evidence of the use of bitters. The flavor of the drink was brandy forward and sweet without being cloying. There wasn’t a garnish; however, there was fruit and evidence of muddling in the drink itself. Overall, it was a well-balanced version of the Wisconsin classic, and one of the best I’ve had so far.