When you see the new Field Report record, "Summertime Songs," you'll be looking at even more Milwaukee art than you might have thought.That's because the striking photography is the work of Milwaukee photographers The Flash Nites, aka wife and husband Katie and Chris Robleski.

When you see the new Field Report record, "Summertime Songs," the Milwaukee band’s first for Verve Forecast, set for release on March 23, you’ll be looking at even more Milwaukee art than you might have thought.

That’s because the striking photography – dark but emitting a colorful, eerie glow – is the work of Milwaukee photographers The Flash Nites, aka wife and husband Katie and Chris Robleski.

"Summertime Songs" was recorded in Milwaukee at Wire & Vice Studio, making it a Milwaukee album, through and through.

The, ahem, exposure is already paying dividends for the Milwaukee photographers ...

While its ethereal light effects feel of the moment, the two don’t use much modern technology. They don’t use Photoshop; in fact they don’t use computers to create their unique lighting effects at all. What they use is, well, hand-held lights – including flashlights – among other things.

The Robleskis say they head out into the night and experiment with moonlight, hand-held lights and long exposures to get their effects. Sometimes they use exposures as long as 10 minutes. 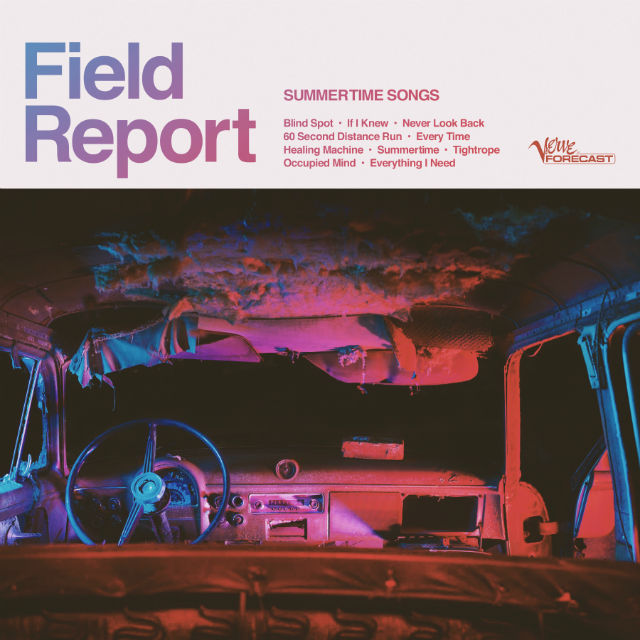 "We use a Canon DSLR, but the energy and creativity we put into each piece is all analog," said Chris Robleski in an email from The Flash Nites. "If anything, it’s performance art. Katie is out there dancing around with flashlights, it’s below freezing, and we’re climbing up through windows, walking across planks over sunken floors, hiding in moldy corners among the wildlife – animal and human."

Porterfield has followed the Robleskis’ work – which aims its lens on often broken landscapes, both urban and rural – for a while, he said.

"[The Flash Nites’] work has really run a parallel course with my work with Field Report," he said. "We share a restlessness ... a love of the inspiration of the road, and a penchant for finding new ways to look at old things.

"It resonated with me instantly and deeply. Something about the composition and the colors spoke to me, and complemented a lot of the feelings and narratives on the record that would become ‘Summertime Songs’."

The Robleskis feel that connection, too. 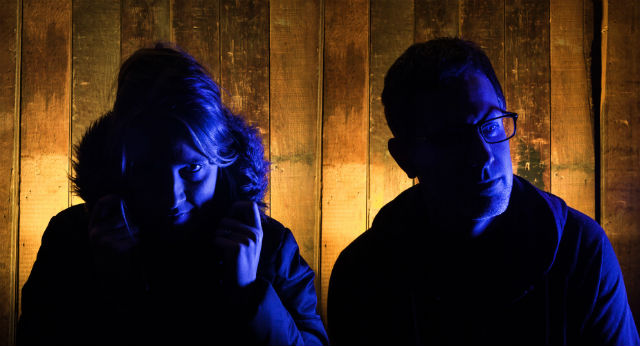 "In our work, we try to capture the struggle between falling apart at the old seams and grasping the electric neon glow of youth that pushes us: Hold onto what you used to be in one arm, reach out for who you'll become with the other," said Katie Robleski. "You’ll hear it in the album, within the first bars. It’s incredible how the band entangled these competing forces."

"I empathize with how difficult it is to progress with time and technology, and yet remain authentic." Chris Robleski added. "Whether it’s music or photography or any artistry, how do you push yourself past people's preconceived notions of your genre, without losing yourself in the process?"

The Flash Nites not only shot the photographs for the "Summertime Songs" sleeve, but also band photos for promotional use. A photo of a crumbling 1953 Ford V8 Customline graces the album’s front cover. This one, the Robleskis say, was illuminated with a Protomachines flashlight.

"It’s in the icon of the American car," said Katie Robleski, "the wanderlust of what lies ahead, the homesickness of what remains behind, and the wreckage you might have to take with you."

See more of The Flash Nites work at TheFlashNites.com.