The cemetery staff is not only cognizant, but also quite proud, of its status in Milwaukee, and has a team of passionate docents who lead a variety of Milwaukee history tours of the sprawling cemetery.

September finds two new tours added to the list. Earlier in the month, retired MPS educator and administrator Anita Pietrykowski led the first "Milwaukee Abolitionists" walking tour, which included discussion of the stories of Joshua Glover and Caroline Quarlls, among others.

On Saturday, Sept. 30, at 2 p.m., retired attorney Sally Merrell unveils her "Streets and Parks of Milwaukee" tour, which – like all the tours – runs about 90 minutes and stops at the final resting places of about 10 Milwaukeeans whose names you most likely know.

"I'm a volunteer docent," Merrell tells me one sunny and cool September day as we head out to the oldest part of the cemetery, which opened in 1850 on a site with rolling hills that had been home to a number of Native American burial and effigy mounds.

"I became interested in becoming one as I worked towards retirement, and I'm now 95 percent retired," Merrell says. 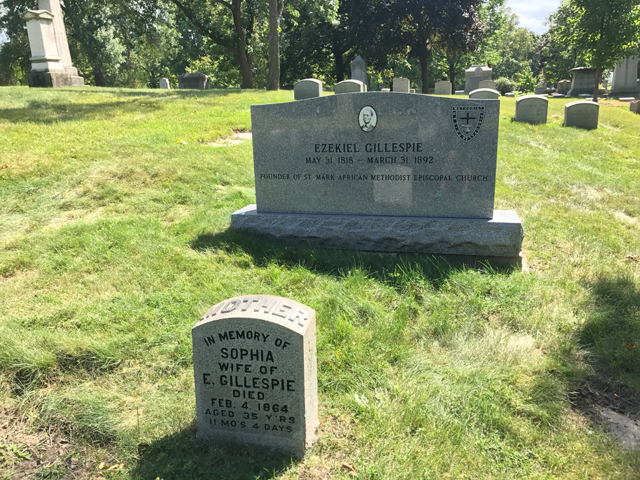 Merrell says inspiration for the tour came initially from Carl Baehr’s "Milwaukee Streets: The Stories Behind Their Names," published in 1995. The encyclopedic book has entries explaining the origins of the names of Milwaukee’s streets, from Abbott Avenue to Yuba Street.

"We always had that book in our bathroom, and we all read it. We all talked about it," Merrell recalls. "That book got me thinking of how streets got their names. That's a good way to learn history, and they’re all here (at Forest Home) unless they're Catholic or Jewish."

A little encouragement and brainstorming with Adam Carr, a family friend who does Milwaukee tours of his own gave Merrell another push.

"The tours that I have been on in the cemetery have been mostly people 50 and older, which is great, and they're fascinating because some of them know more history than any docent. They're historians themselves, taphophiles," she says.

Finally, Merrell decided that in addition to Milwaukee history, she wanted to talk about the grave markers, too. But from a different standpoint than normal.

"A lot of tours focus on the beautiful monuments, which are important, but part of my tour looks at what are these monuments say about what's going on in America, too, at the time – the way we honor death has changed." 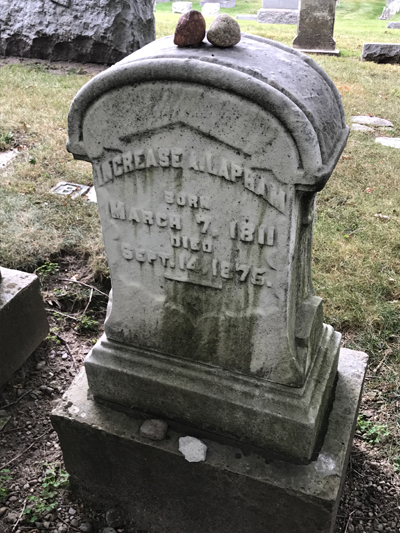 Merrell’s tour is not an onerous one in terms of physical strain. There is walking, of course, but she stops at only about 10 grave sites and many of them are together in one spot. Like where she begins, at the graves of city father Byron Kilbourn and his right-hand man, scientist Increase Lapham, who actually surveyed the land for the cemetery and bought his plot pretty much right away.

The grave sites are perhaps 15 feet away from one another.

"What helped me narrow down (the many options) in the beginning was where they are located," Merrell says. "Because Sherman Booth, George Burnham and Frederick Layton, for example, are all right next to literally on top of each other."

A few more are located right near the entrance to the cemetery, where the tour wraps up.

"I have three 20th century people, which is Carl Zeidler – who didn't get a street and he was mayor, he was a war hero, he died fighting the Nazis, he never got a street – and the Halyards who have a street, and a neighborhood. If I'm running late people can say ‘I'm done’ and they're back at their cars. Others can choose to stay a little longer to hear about the 20 century."