Progress Report: The conversion of The Fortress building to apartments

The old F. Mayer Boot & Shoe Co. building - aka The Fortress - is in the midst of a major conversion from a variety of uses (industrial, retail, artist studios, band rehearsal spaces and more) into apartments. We went inside to see how the project is coming along.

The old F. Mayer Boot & Shoe Co. building – aka The Fortress – is in the midst of a major conversion from a variety of uses (industrial, retail, artist studios, band rehearsal spaces and more) into apartments. We went inside to see how the project is coming along.

The 193,000-square foot building at 100 E. Pleasant St. is, in fact, at least six connected structures, including that fortress-like tower. We went inside just before former owner Rick Wiegand sold the complex to the developers who are creating the apartments. You can read about the building's history and see some "before" photos here.

The Alexander Company, which is also working to develop the iconic Old Main building at the National Soldiers Home, is creating 132 apartments in The Fortress.

Apartments in the front section – 12 on each floor – are expected to welcome tenants in autumn. Phase two, with 14 units per floor in the northern part of the complex, should be ready after Thanksgiving.

Local contractor JP Cullen is not only doing the construction work, it is also a future tenant. The company's offices will be located on the south side of the building. The company will move about 40 employees into that space in June.

I was happy to see that Cullen's space preserves the fireplaces, vault and woodwork that was already there.

Some of the 25,000 square feet of commercial space will be available for lease, too.

One worker on site told me that masons practically rebuilt the tower portion, which will become a tri-level apartment with some of the best views in town.

Others were engaged in restoring 169 original windows. The rest of the building's more than 1,200 windows will be replaced with new versions that mimic the originals. Replacements like those must be approved by the National Parks Service because the building is on the National Register of Historic Places.

A worker busy glazing the vintage windows said the restoration of the windows is a 13-day process from start to finish. In many cases the wood portions need repair or replacement, the panes are replaced and the windows painted in an on-site paint shop.

Among the amenities in the building are a rooftop deck, fitness center, two-story club room, maker space, outdoor courtyard with grilling stations, dog run with a motion activated doggy bubbler, storage units, a concierge and more.

In the apartments, there will be restored historical elements (the old scuppers on the exterior, which allowed workers to hose the dirt off the floors and out into the alley are perhaps my favorites), exposed brick walls and timber ceilings, restored hardwood floors, stainless steel appliances, in-unit washers and dryers and, in some units, walk-in closets.

Here are some images taken this week inside The Fortress:

A corridor between framing for apartments 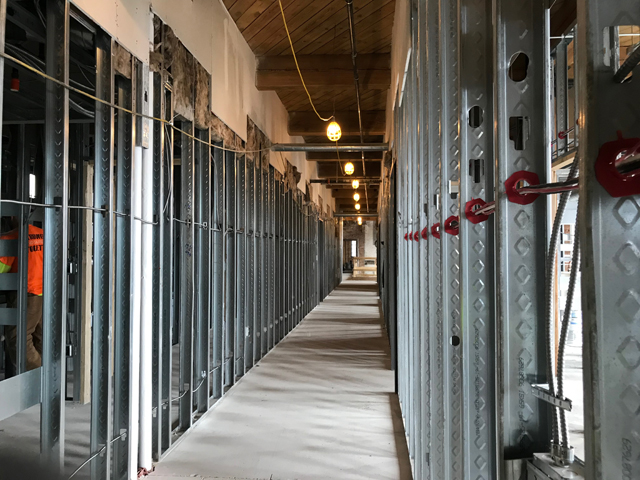 This will be someone's view soon (with a new window, of course) 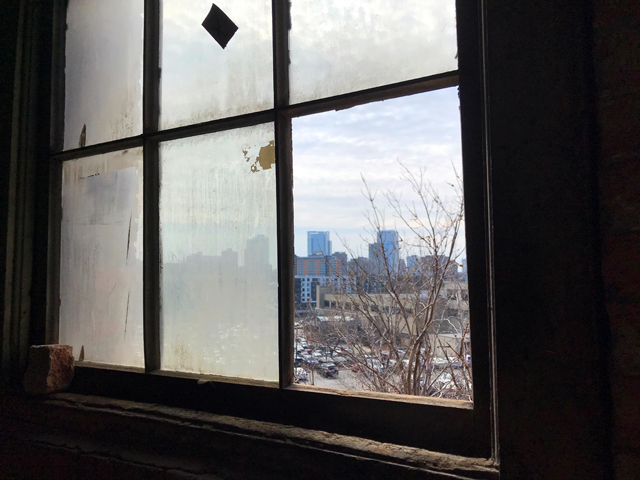 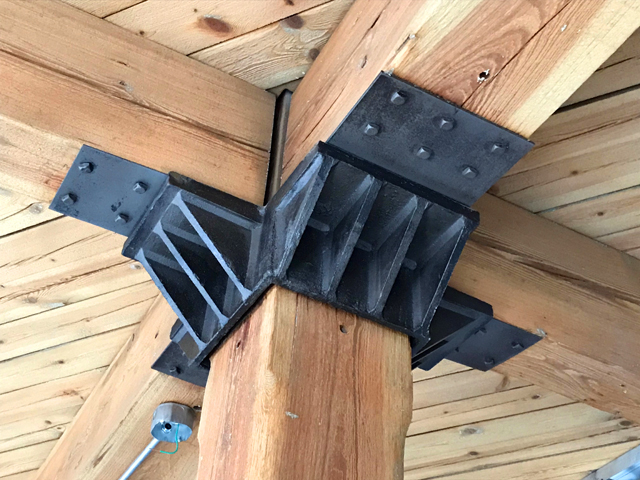 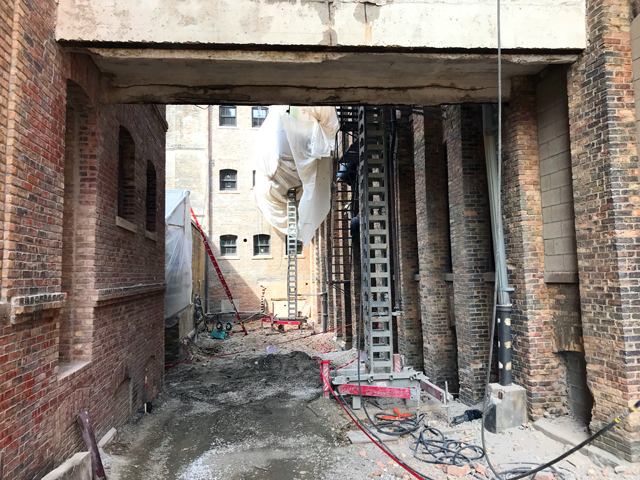 A fireplace in the Cullen office 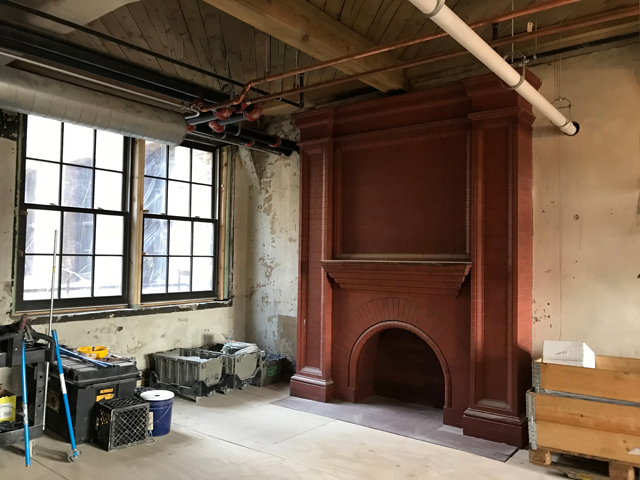 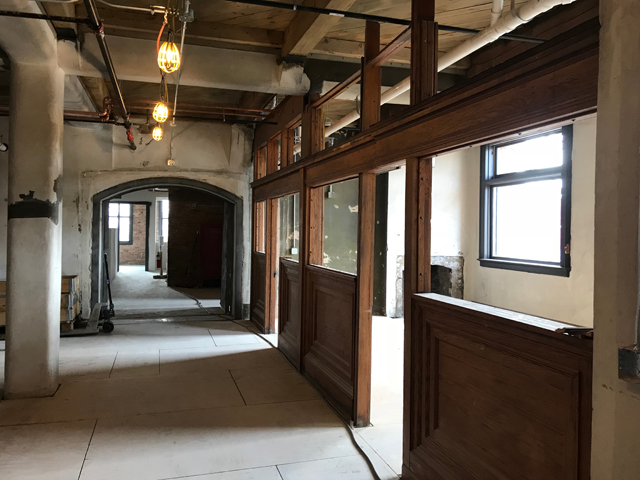 Off to the left you can see the future roof deck 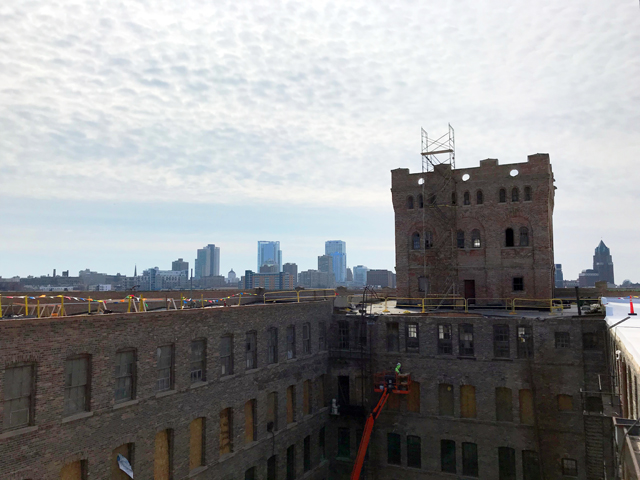 You won't find this in new construction 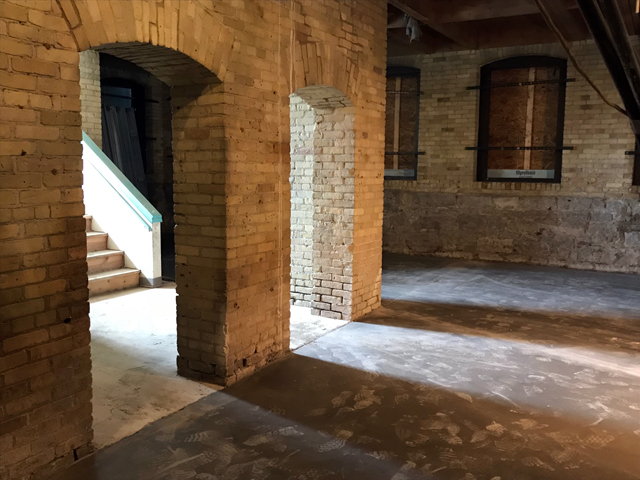 New windows on the ground floor 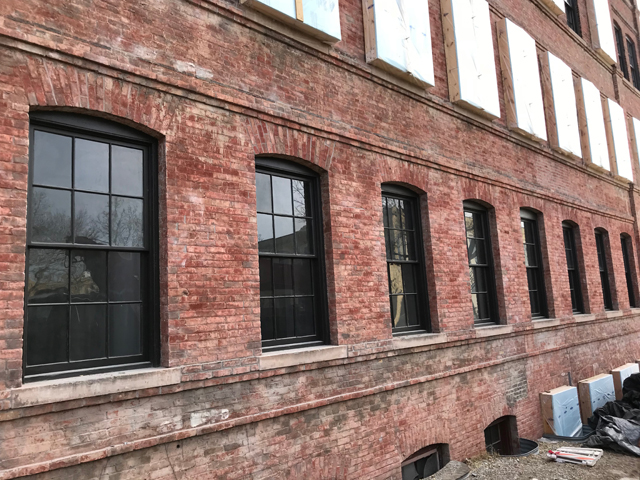 Original windows in the paint shop 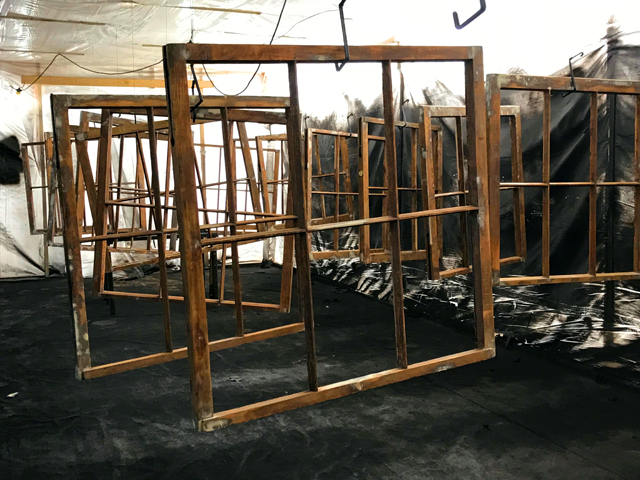 Those same windows being restored 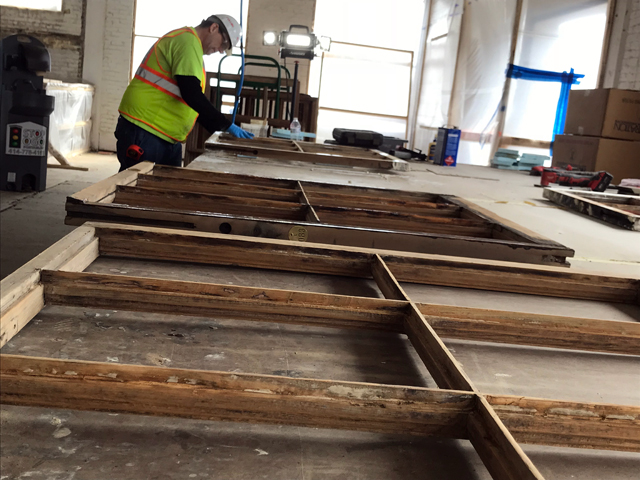 J.Z. was smart – he left his enduring mark with nails 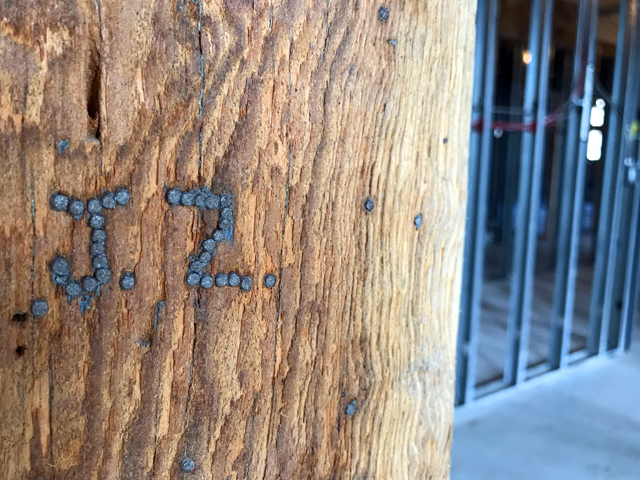 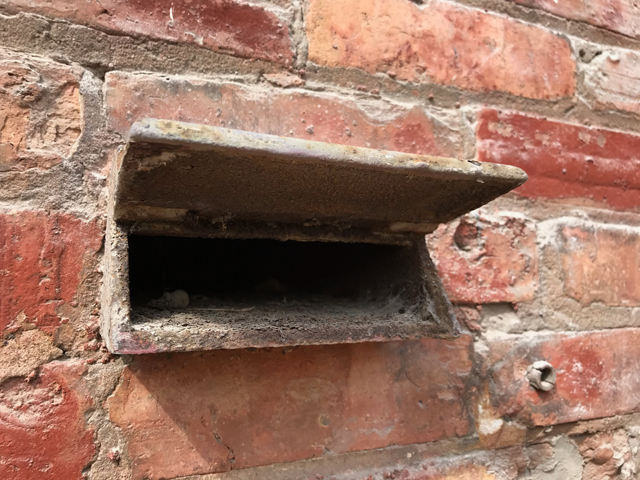