As the leasing office hangs its "open" sign to begin renting apartments for January move-in, we took another tour of the $55 million Milwaukee Fortress project by The Alexander Company, based in Madison.

Just before work began to transform the so-called "Milwaukee Fortress" building, 100 E. Pleasant St. – erected as the home to F. Mayer Boot & Shoe Co. in Brewers' Hill – began last year, we took you inside for a look around and shared its history.

Then, in spring, we got another peek while construction was underway.

Now, as the leasing office hangs its "open" sign to begin renting apartments for January move-in, we took another tour of the $51 million project by The Alexander Company, based in Madison.

JP Cullen, formerly headquartered in Brookfield but now itself resident in the Fortress since June 22, is doing the construction work.

According to Alexander Company President Joe Alexander, the Fortress project is the largest adaptive reuse project – based on cost – currently underway in the state.

It will have 132 market-rate apartments and 25,000 square feet of commercial space, including roughly 11,000 in three retail spaces, as well as a number of amenities for tenants, including outdoor garden areas and a dog park, a roof deck, a maker space, a community room with a 25-foot ceiling and two fitness centers.

Apartments will be ready for tenants to move in by January.

Here are some images taken today... 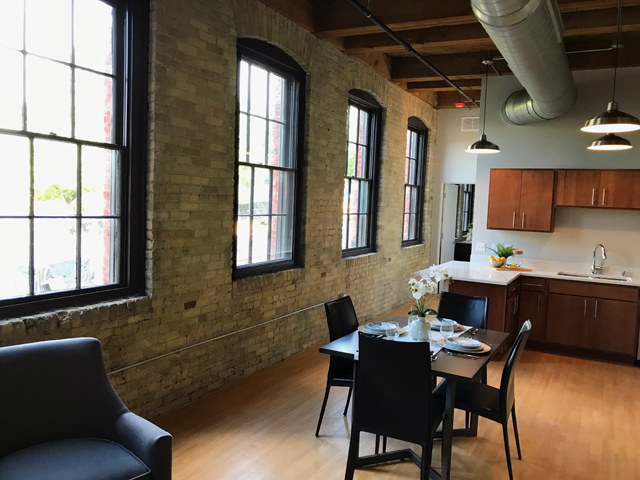 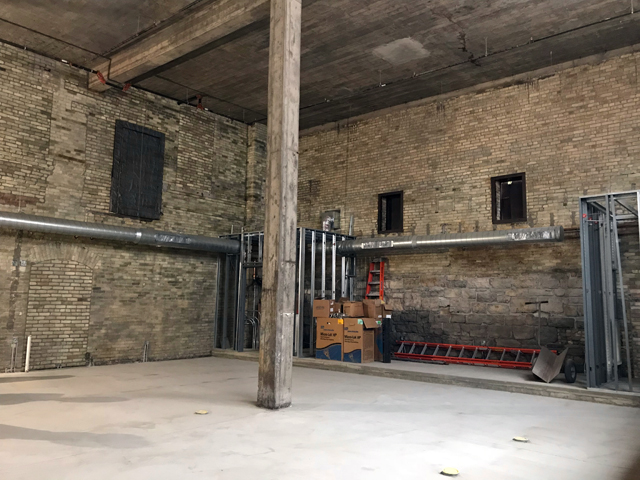 A fireplace in the JP Cullen office 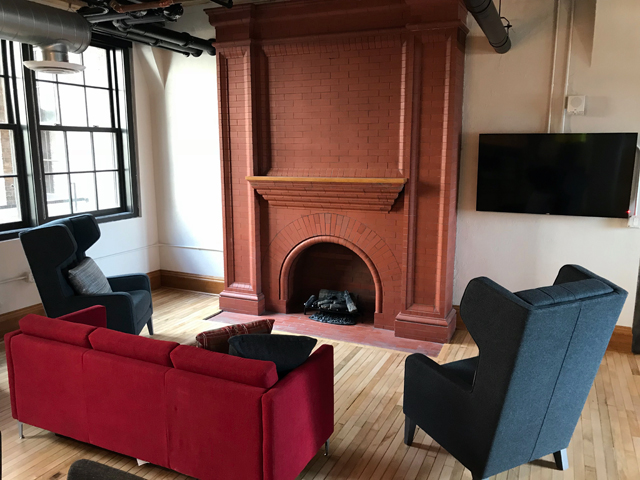 A future workout room and renderings 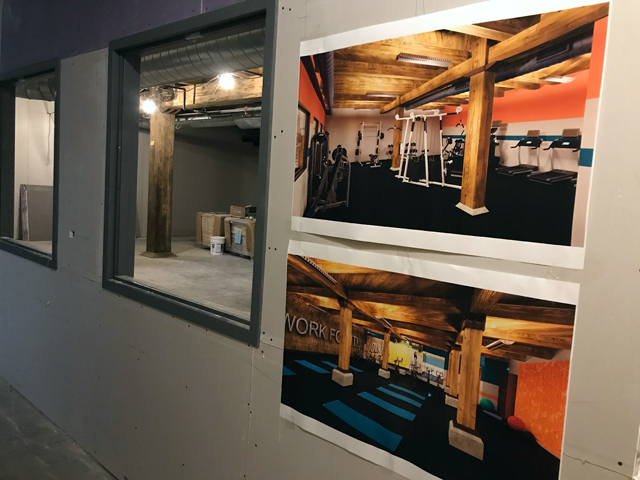 A future outdoor space and rendering 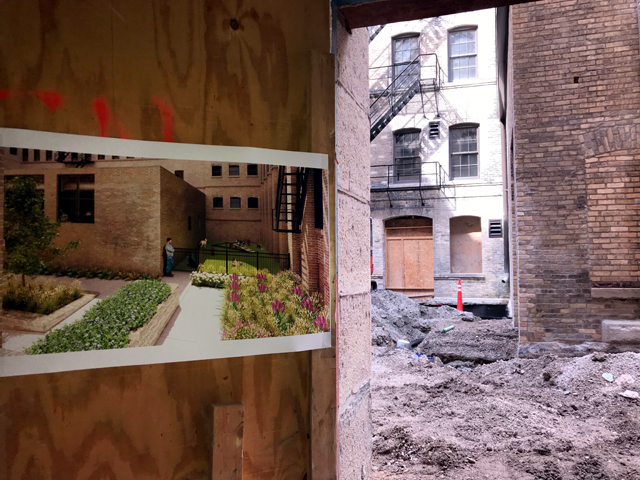 One of three large retail spaces 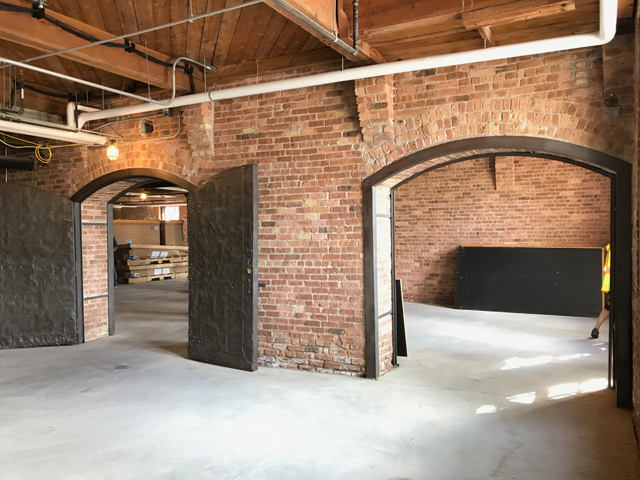 The building's history will be highlighted 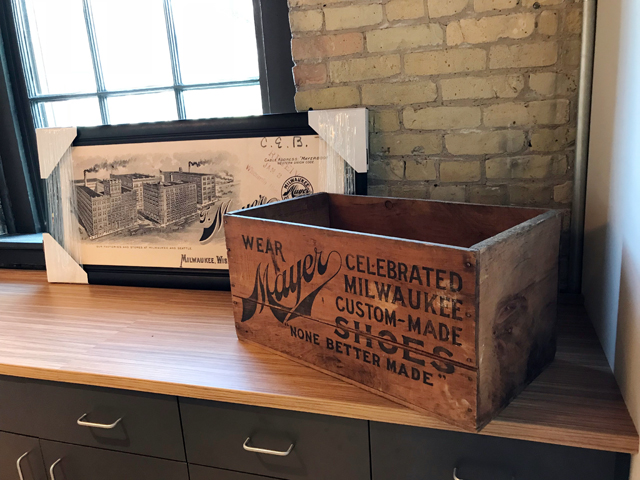 Vintage details have been retained and restored 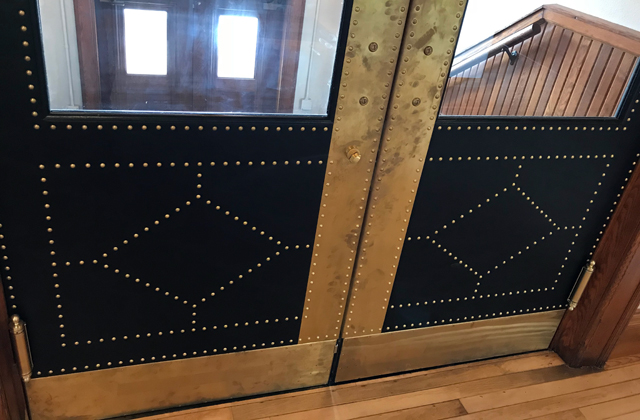 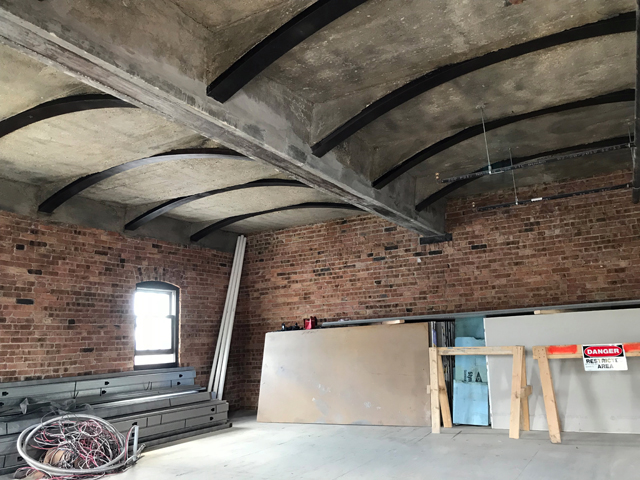 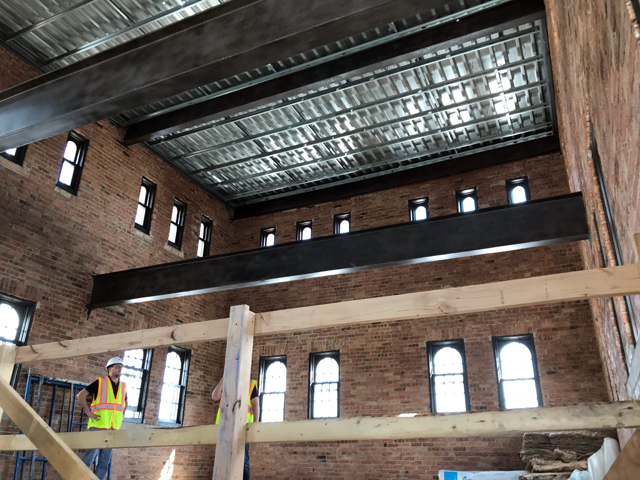 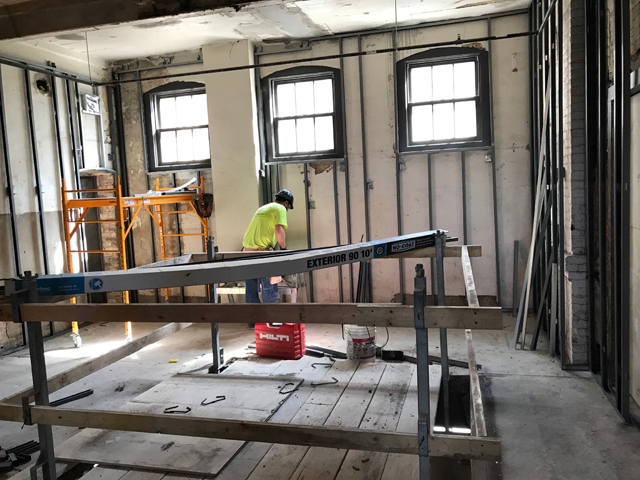