Wisconsin's first craft distiller is celebrating its 10th anniversary with the release of 10 brand new spirits, including four new fruit-based brandies, which will be released in May of this year.

Wisconsin’s first craft distiller is celebrating its 10th anniversary with the release of 10 brand new spirits, including four new fruit-based brandies, which will be released in May.

"We've got spirits we've been working on perfecting for years," notes Great Lakes Distillery Founder Guy Rehorst. "And our customers will finally get a chance to get their hands on a few of them."

Don’t want to miss out?

Mark the following release dates on your calendar, with more to come. 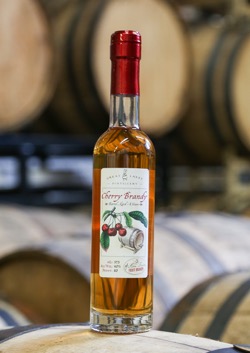 Three new brandies – blueberry, strawberry and banana – will be added to the Artisan Series fruit brandy line. According to Rehorst, each is made by fermenting real fruit, so they won’t resemble your typical flavored brandies.

On this date, Great Lakes will introduce a very special cherry brandy, which is fermented from fruit and aged for six years in used bourbon barrels.

Additional releases have yet to be announced, but will include a release of the state’s oldest bourbon.

Release events will be held at Great Lakes Distillery, 616 W. Virginia St. Each event will feature brandy samples and specialty cocktails made with the new releases. After release, the new products will be available in limited quantities at select Wisconsin liquor retailers and bars.

Great Northern Distilling is Wisconsin true from grain to glass