No matter how long you've had a driver's license, don't pretend for a second that you're not just a little intrigued when you come across a go-kart track. It's fun at 20 miles per hour, but it's something entirely different at five times that speed, two inches off the ground.

No matter how long you’ve had a driver’s license, don’t pretend for a second that you’re not just a little intrigued when you come across a go-kart track.

It’s fun at 20 miles per hour, but it’s something entirely different at five times that speed, two inches off the ground.

Go-kart racing is the closest most of us could get to real open-wheel racing, and for 50-year-old Glen Luening, speeding through the curves of Midwest tracks, low and fast, has been a hobby and a passion for 15 years.

"Racing cars was too expensive," says Luening, who by day is a British car mechanic and one of the owners of MG Limited in Greenfield. "Getting into go-kart racing was a lot more economical.

At one point, Luening and his family were spending up to $2,000 per weekend racing MGBs (and his father, Dick, still does). But now, he can race on a local track like the .6-mile sprint course, Briggs & Stratton Raceway Park, in Dousman, for less than $100.

Track and entry fees aside, the cost of getting into the hobby is much less expensive than full-sized auto racing.

Luening says you can buy a used go-kart for $800 and go from there. "The sky’s the limit depending on what you wanna buy, how fast you wanna go." Luening’s go-kart, by comparison, costs about $6,000.

According to Jamie Sieracki of Franklin Motorsports, a typical cost of entry to the sport is about $3,000, and you don't have to be a mechanic to service your own kart. "Most people will pick up a used kart with a new engine, and they kind of go from there," he says.

"We sell the karts and safety equipment," says Sieracki. "We service them here, we work on them, and we also have services where we keep things here and prep things. It's kind of a start to finish, where the end user doesn't really have to do anything if they don't want to." 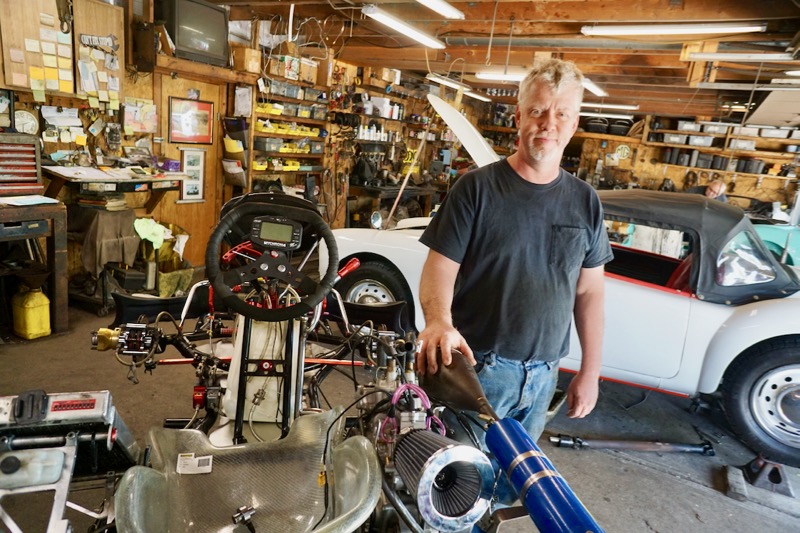 Luening says Milwaukee has a supportive community of drivers in the Badger Kart Club, and they’re available to help new drivers – some as little as 5 years old – learn the ropes.

"There aren’t a ton of adjustments of the kart, so you don't have to be really knowledgeable," he says. "The nice thing about it is if you can't figure it out, there's plenty of guys at the track who say, ‘Oh, you need to do this, you need to do that.’"

In Luening’s case, it was a pretty easy transition from big cars to little go-karts, since he spends all day working on classic vehicles – and two-stroke go-kart motors are pretty simple to repair. Stock dirt bike engines, with two pedals and hand shifting (without a clutch) they just don’t need much tweaking.

"If I work eight hours a day, getting dirty and greasy and grimy, I don't wanna go home and work on my hobby either," Luening says. "But luckily with this go-kart that I have, there isn't a lot of maintenance to it."

Still, he knows that his hobby is one that draws the envy of everyone who sees it in action. "I get more of adrenaline rush, a bigger thrill every time I get out of this go-kart than I ever did racing a car."

Which is not to say that the hobby doesn’t have its risks. While drivers wear helmets and skid suits, they don’t wear seat belts, and the cars don’t have much armor. Luening suffered a knee injury once when he was thrown from his kart, but says he’s been fortunate to avoid serious accidents. The karts max out at about 110 miles per hour on straightaways, but the courses are windy, road course tracks like you’d find at Road America in Elkhart Lake. 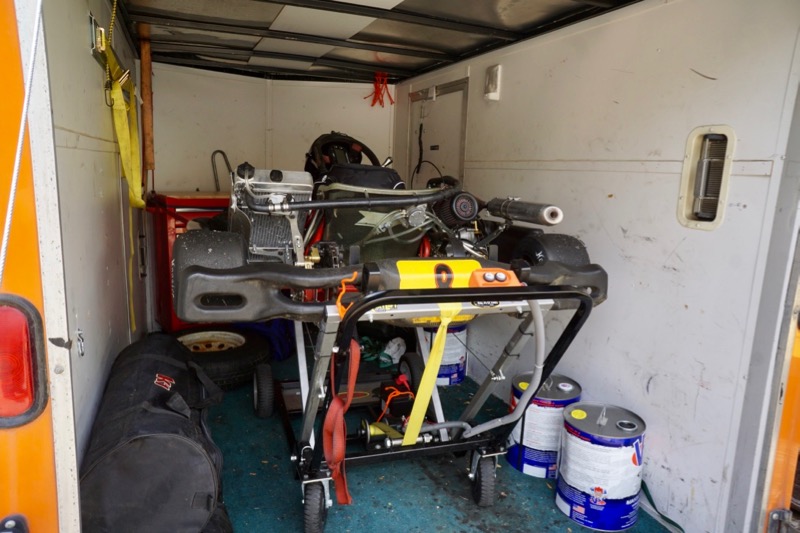 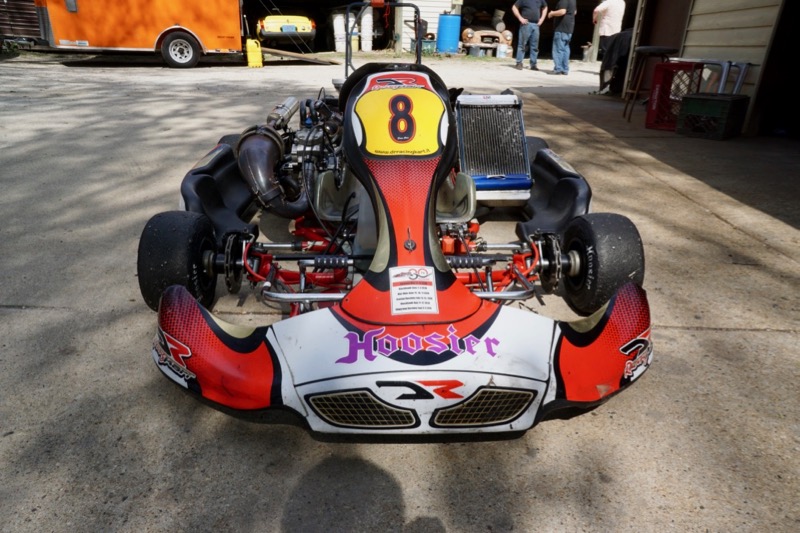 All this only for the thrill of victory, in a weekend of racing that costs about $500 to participate. Luening drives in the Championship Enduro Series, which are 25-minute races, spread throughout the Midwest. He will be in Blackhawk Farms, Illinois, the weekend of June 2-3. 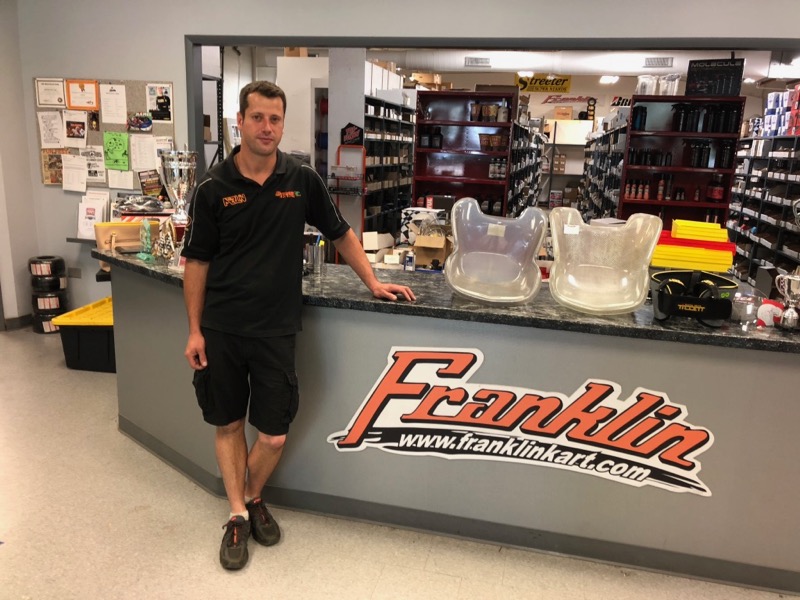 Sieracki says the sport is growing in popularity, with a new engine from Milwaukee's own Briggs & Stratton coming to market.

"It's very low maintenance, and it's cost-effective," says Sieracki. "So it's made an easier entry into the sport for a lot of people."