Levin uncovers the counter that served countless memories at Goldmann's

That most intrepid of historical Milwaukee retail and signage sleuths, Adam Levin, who moderates the Old Milwaukee group on Facebook, has uncovered another gem right here in our midst: the Goldmann's lunch counter.

That most intrepid of historical Milwaukee retail and signage sleuths, Adam Levin, who moderates the Old Milwaukee group on Facebook, has uncovered another gem right here in our midst.

This week, Levin met with Ron – who declined to share his surname – who has a number of items from the former Goldmann’s Department Store, including the beloved lunch counter.

Goldmann’s, which opened at 930 W. Mitchell St. in 1896, closed after 111 years as a South Side Milwaukee landmark of unquestionable stature, in 2007.

Levin says Ron was in charge of the liquidation of the store, which has since been remodeled and occupied by the Gerald Ignace Indian Health Center.

The counter, along with a range of other items, including the compressor that ran the lunch counter refrigeration system and a variety of objects from Goldmann’s lamp repair department, are in storage at Ron’s business on Milwaukee’s North Side.

"I didn't want to do this store (liquidation)," he tells me, "because there wasn't enough in it to warrant the amount of labor. I did it as a favor to (owner Milt Pivar) with the understanding that I would get the lunch counter and the electrical department. I didn't want to see (the counter) go to the four winds, with a piece going here and a piece going there."

According to Ron, the counter was installed at Goldmann's in 1933 and was made by Vitro Seating Products, founded in 1929 and still operating in St. Louis, producing many of the same items.

He is asking $4,000 for the counter – which is complete, right down to sign holders and all – and the other Goldmann’s items.

"I have the whole triple-horseshoe counter," he says. "I don't want it to stay in storage anymore. I want to see it back out there and in use."

If you are interested in making a serious offer, email Levin and he will connect you.

Ron told Levin that he would prefer to see the counter installed in a place where it can again serve its original purpose rather than hidden away in a private collector’s basement.

"When I saw the lunch counter it immediately took me back to all the times my grandparents took me there for lunch as a kid," Levin tells me.

"It means a lot to me and other people in the community that the counter is well preserved and could possibly be used again or displayed for generations to come."

Levin and Ron previously collaborated on bringing the iconic Goldmann’s sign back to Milwaukee from its then-home in Minot, North Dakota.

"I have a favorite saying about this stuff," says Ron about why he has maintained his massive collections of more than 100,000 historical objects. "You can tear it down, but you can't get it back."

Here are some images that Levin took of the counter, the compressor, the lamp repair items and cash registers from Goldmann’s, Frenchy’s and Gimbels and Red Owl locations. 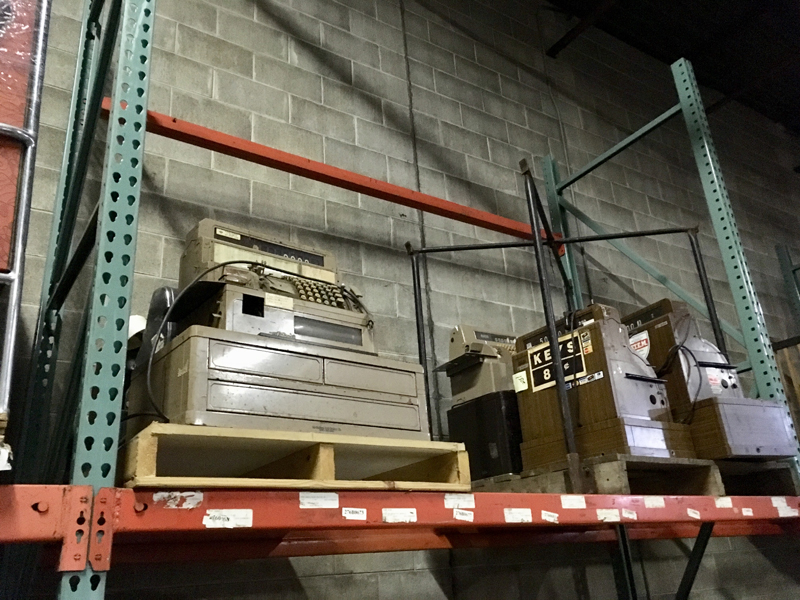 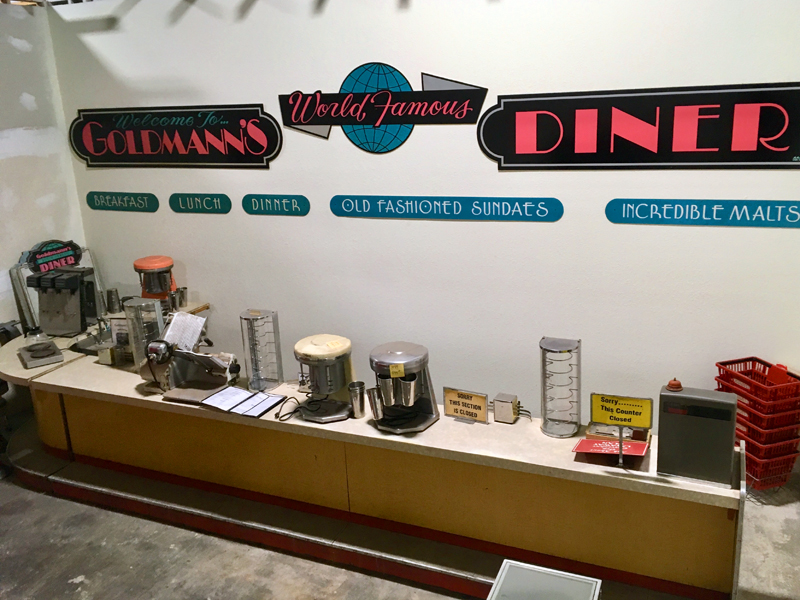 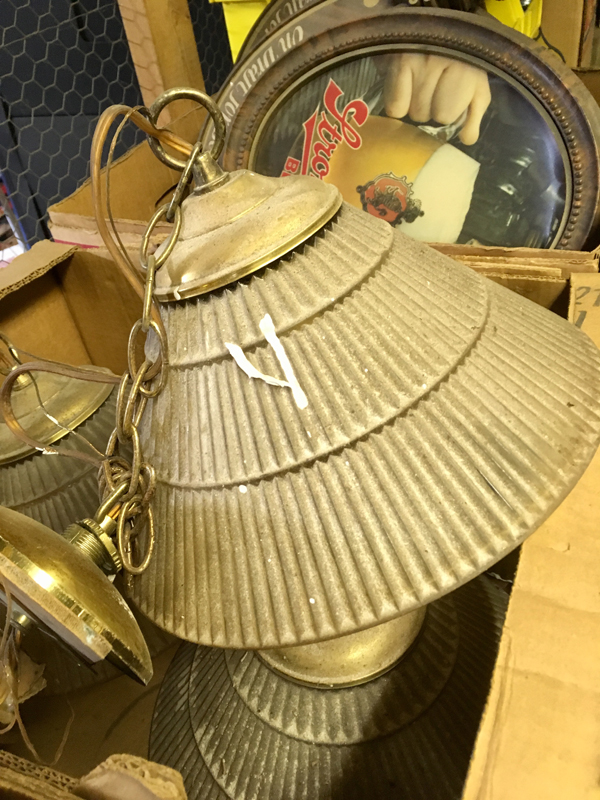 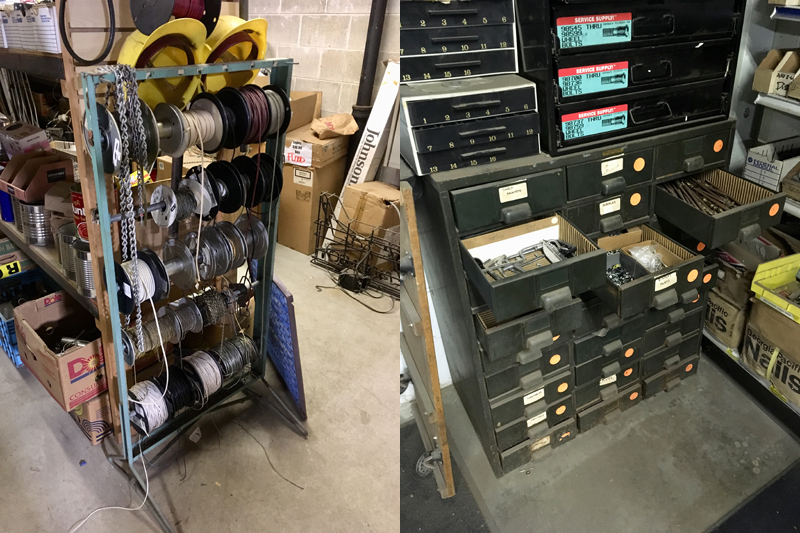 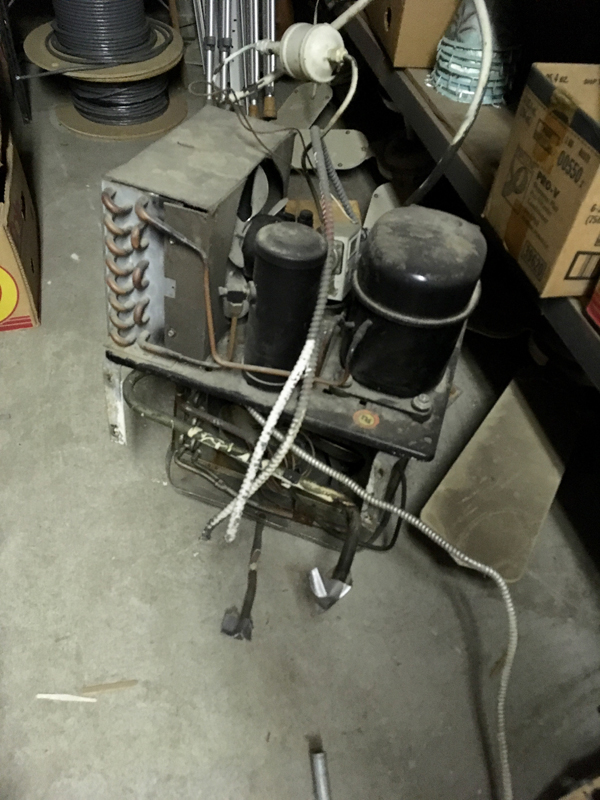