Good City Brewing, the urban brewery and taproom which opened last June at 2108 N. Farwell Ave., is full of good news this week. A reward, a possible expansion and a new canning line are all on the docket in the coming months.

Good City Brewing, the urban brewery and taproom which opened last June at 2108 N. Farwell Ave., is full of good news this week.

First, it has been crowned champion of the "Brewing News" National Imperial IPA Competition with its Reward IPA. The beer, which surpassed over 90 other beers from some of the most respected breweries in the nation, including past winners Melvin and Tamarack Brewing. No small feat.

The news is accompanied by even more excitement as the brewery plans an expansion which could roll out as early as this summer.

Co-owner David Dupee says Good City is currently in the midst of securing MEDC financing to expand its taproom and add a rooftop patio, both hopeful and necessary additions as the brewery has become a popular hot spot for both beer and food lovers, particularly on weekends.

The expanded taproom area, which would be located in the space just to the south of the current space, would accommodate over 100 additional guests. It would also include a second bar.

"The goal would be to accommodate overflow for the taproom as well as give us space for private events, including weddings and the like," notes Dupee. "We also hope to have a stage to accommodate concerts and other events."

Good City also is considering a rooftop patio, which would offer additional outdoors seating during clement months. Dupee says plans are still being drawn up for the spaces, but he anticipates the rooftop will accommodate about 75 guests. 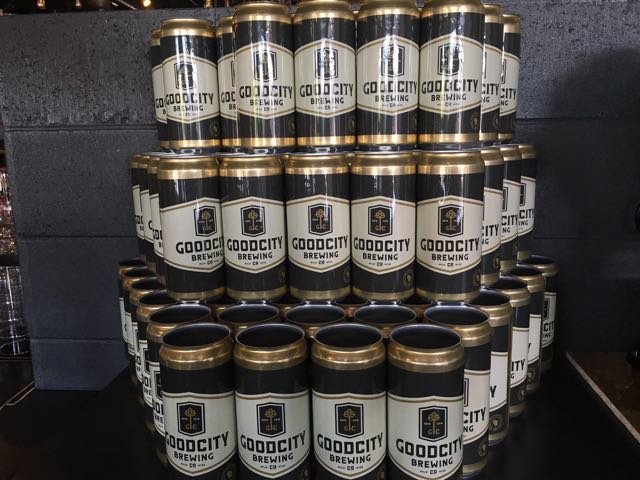 The proposed expansion also coincides with the arrival of a canning line that will allow Good City to expand their canning production (currently, they mobile canning one brew, Motto). Plans are to launch three more beers in cans, including Risk IPA, Reward Double IPA and the Pils pilsner in cans around Milwaukee and Madison beginning this May.

"It's really humbling to be experiencing all this growth after just nine months," says Dupee. "We're really excited."