Great Northern Distilling is Wisconsin true from grain to glass

Great Northern Distilling is one of 19 craft distilleries that have opened in Wisconsin over the past 10 years. In addition to a thoughtful approach and attention to detail, the distillery distinguishes itself with a commitment to locally grown products.

Great Northern Distilling in Plover is one of the newest of 19 craft distilleries that have opened in Wisconsin over the past ten years. Founded in 2014, their spirits selection now includes potato vodka, Herbalist gin and Vanguard whiskey as well as an East Coast-style rye whiskey – all of which have received at least one award in competition.

In addition to a thoughtful approach and attention to detail, the distillery distinguishes itself with a commitment to the use of locally grown products, including grains from Lonesome Stone Milling, locally grown potatoes for vodka and hand-gathered spruce tips for gin.

"From day one, one of the things I saw in the Wisconsin market was that there weren’t a lot of distilleries approaching things from a local standpoint," notes Great Northern president and head distiller Brian Cummins.

Located just over two hours from Milwaukee inside a former used car dealership that was built on the site of the old Rainbow Falls water park at 1740 Park Ave., the distillery is part of a swiftly developing corridor in Plover which is home to multiple retailers and restaurants, along with O’so Brewing Company. 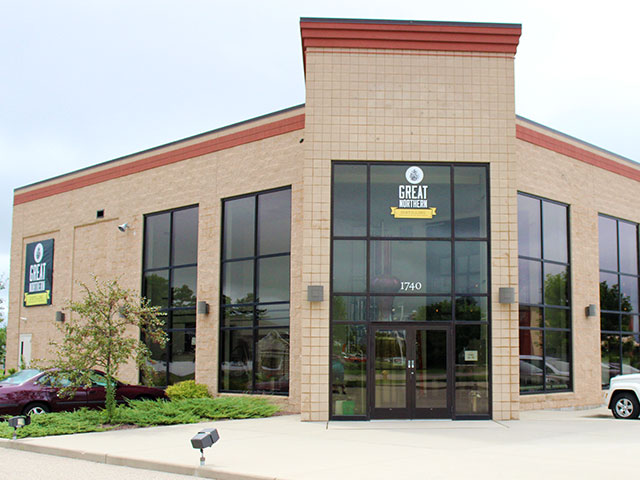 Pay a visit Monday through Saturday and you can take a seat at the mixology bar and order up a cocktail made with the distillery’s vodka, gin, rum, whiskey or rye. 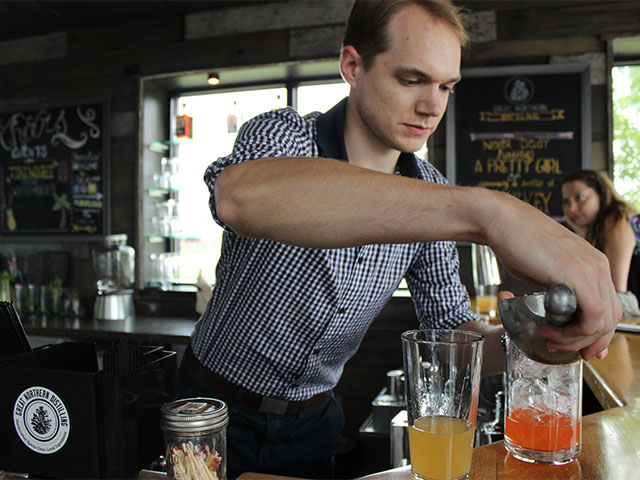 You can linger and chat with one of the friendly bartenders or take a seat on one of the couches in the tastefully decorated lounge area.

"We spent all of our money on shiny equipment, and so the tasting room was really comprised of sweat equity," says Cummins. "I knew I wanted to juxtapose the rustic barnwood look with more modern industrial elements. Barn wood on the wall came from three different barns in the area." 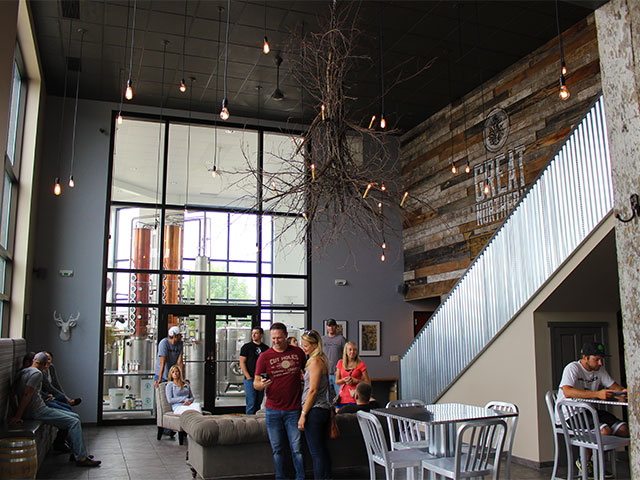 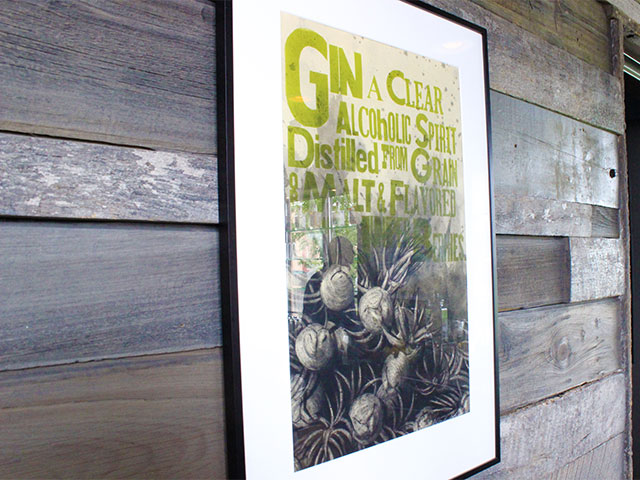 If you’re there on a Saturday afternoon, you can stick around for one of the afternoon tours during which Cummins offers tips on distilling, the history of each of their spirits and numerous stories about sourcing and the adventures of distilling.

You’ll also be treated to a cocktail from the bar as well as tastings of all of their spirits. 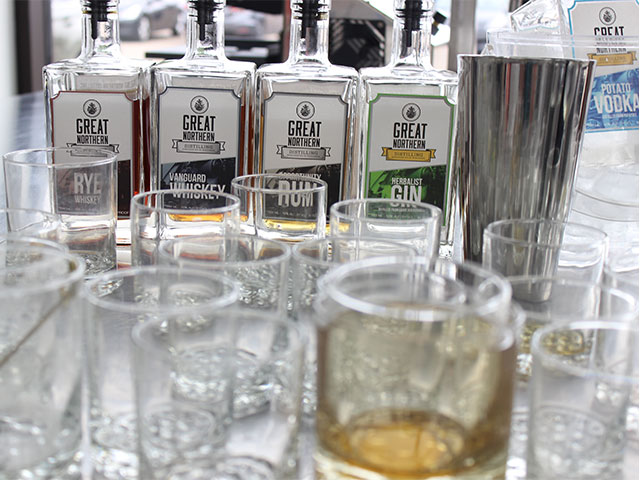 Originally from Cincinnati, Ohio, Cummins got his start as a chemical engineer in the paper industry. But when his affection for the industry waned, he found himself searching for a new career.

"I was having a cocktail at Marvel Bar in Minneapolis," recalls Cummins, "when a friend of mine showed me an article about distilling from Popular Mechanics. It was a classic light bulb moment."

From there, Cummins says he and his investors began researching and writing a business plan. Over the next year and a half, they visited more than 20 craft distilleries, speaking with distillers and taking note of both their successes and failures. Then, he took the seed money he’d gathered from his severance pay and began distilling.

"One thing that chemical engineering teaches you is to have the arrogance to think you can solve any problem," he says. "Fortunately, I’ve been lucky to have help from a number of people along the way." 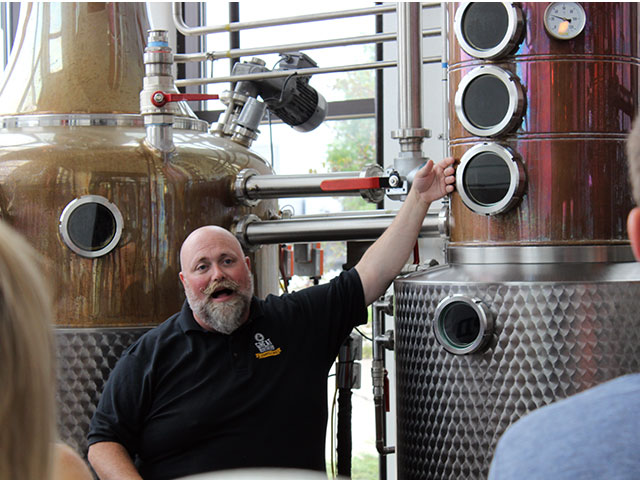 The first batch of spirits that Cummins tackled was rum.

"It was the easiest way to grow acclimated to the still. I knew I could get sugar and molasses to distill. So, we used it to test out all of our systems."

From the very first batch, Cummins says, the product was delicious. But it wasn’t local.

"I really dug my heels in early on," he says. "Everyone really liked what came off the still. But we were about local. We ended up with 45 gallons came of the experimentation process, and we weren’t going to let it go to waste. I put the barrels up to age, and I figured we’d run through it at the bar. And we’d never speak of it again."

But then the distillery happened upon 4,000 pounds of sugar. And the rest is a story that Cummins loves to tell.

Once they’d warmed up the still with that fated batch of rum, Cummins tackled potato vodka.

"We chose to make our vodka with potatoes in part due to proximity," notes Cummins. "We’re right in the middle of the Central Sands potato growing region, so it only makes sense to take advantage. We also wanted to create a product that was a bit different. I didn’t want my vodka to be just a thing I distilled to pay the bills while I produced my whiskey."

But making a potato vodka also means committing to a product that departs from the norm in terms of both mouthfeel and flavor, which tends to be slightly sweeter than its grain-based counterparts.

"The consequence is that it’s not a universal mixer," notes Cummins. "But if you blend it with citrus or make it into a martini, it’s beautiful." 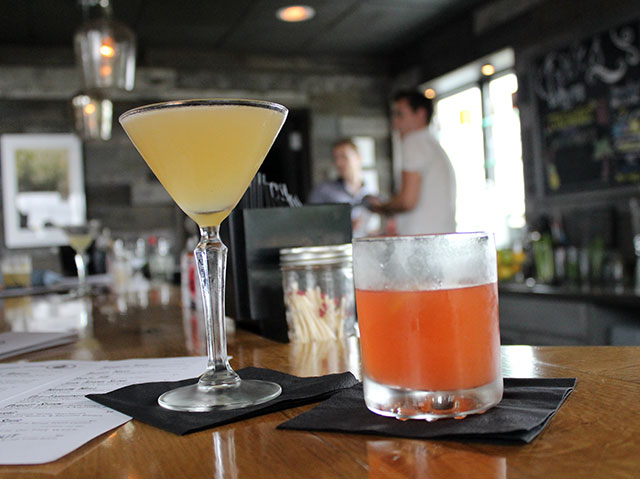 Next up was their Herbalist gin, which Cummins says took at least ten months to perfect. He says he wanted a gin where the botanicals all played as equal. He didn’t want the juniper to be overpowering, and he wanted the flavors to be gentle.

"Botanicals are a challenge," he notes of the gin, which contains locally foraged spruce tips. "There’s the most variation among the seasonal products. I think some of the charm of what we’re doing is based on the variations in the growing season, but we need to account for that. At this point, we’re taking a significant portion of each batch and blending them into the batches moving forwards, which events out the swings." 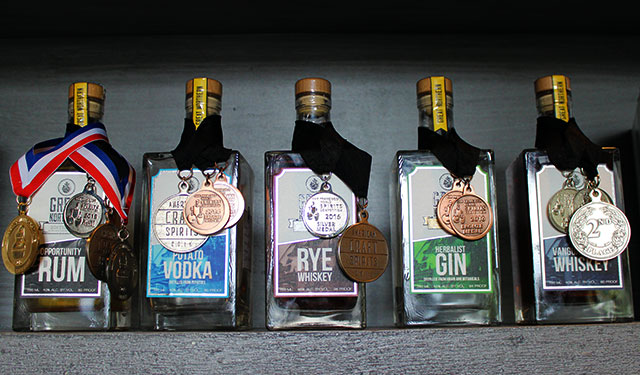 Along the way, Cummins also perfected his recipe for a uniquely Wisconsin whiskey. Technically a wheated bourbon, Vanguard Whiskey is less sweet than its Kentucky counterparts thanks to a smaller proportion of corn, while the high proportion of wheat, rye and malted barley skews the flavor toward a smoother whiskey, much like that found in Canada.

"I wanted a whiskey that was somewhere between Kentucky and Canada," says Cummins, referring as much to the flavor profile as the location of the distillery. "And our unique mash bill really defines what it means to be a Wisconsin whiskey."

One of the unique features of Vanguard is that it is aged in 10 gallon barrels instead of larger 55 gallon barrels, offering up a smooth mouthfeel and character typically found in whiskey that’s aged for a much longer period.

Cummins put similar thought into the distillery’s newest release, an East Coast style rye which hit the market in August and has already won a silver medal in the American Craft Spirits competition.

To create the flavor profile he was looking for – namely an older style of rye, reminiscent of those produced in Maryland and Virginia – Cummins says he created a grain bill comprised of a high percentage of raw rye grain, rye malt rather than barley malt (for a more savory, smooth flavor) and a touch of corn to "round out the corners."

"The high quality rye grain grown right here in Wisconsin makes a very special spirit and one that we’re enormously proud to make," he says.

Currently, Great Northern Distilling products are available only in Wisconsin, though they are just beginning work on breaking into markets in both Minnesota and Illinois.

"Our longer term aspirations are to basically be well distributed in any state that touches the Great Lakes," notes Cummins. "And hopefully, by doing that, we’ll develop a national reputation for quality craft spirits and can expand from there." 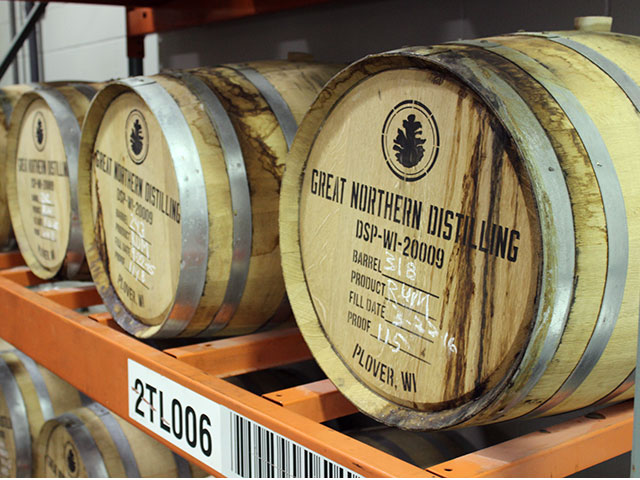 If you're looking for an excuse to make the trek out to the distillery, check out the details on their upcoming Repeal Day party, which will take place on Dec. 9 beginning at 4 p.m.