There's a brand new venue coming to the Brix Building in Walker's Point. And Greige patisserie - which will focus on artfully designed desserts - promises to be more than just your average bakery.

It seems Milwaukee is undergoing a bakery renaissance with venues like Miss Molly’s Cafe & Bakery, Batches bakery and cafe and Mor Bakery & Cafe cropping up swiftly across the city. And, if all goes well, another venue specializing in delicious sweet treats could grace the streets of Walker’s Point as soon as early May.

Greige, a high-end bakery specializing in both drinks and desserts, is slated to open in the Brix Building, 408 W. Florida St., in the space which currently houses BrewCity Yoga. The yoga studio will remain open temporarily as details are settled for the bakery.

"I’ve always dreamed of owning my own business," she says. "And as I’ve gotten familiar with the Milwaukee area and talked with people in the surrounding neighborhoods, it really became obvious that there’s a real lack of places to go for dessert and drinks."

Reinhardtsen says the patisserie won’t function as a traditional bakery. Rather, it will be a multi-purpose venue, where folks can enjoy pastries and coffee in the morning and return later in the day for sweet treats and various alcoholic beverages. 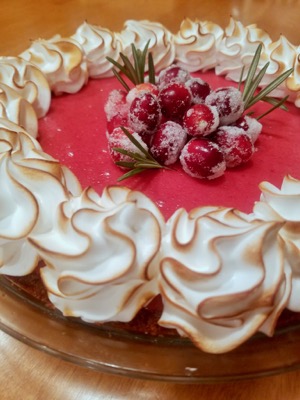 like bars, cookies and brownies. But Greige will also showcase more elegant desserts including tarts, tortes and entremets and custom cakes. Breakfast items will include scones and croissants, with the potential for savory items including breakfast quiche.

"I’m very much into playing with flavors and using unique molds and textures," she says. "And I’m always asking people about flavors that they really love and then incorporating those into my baking. In the end my goal is to create really unique items that are also beautifully presented."

And beauty is at the heart of the business, the name of which gives a nod to Reinhardtsen’s design background. Greige is an increasingly popular paint shade that combines both grey and beige to create a warm, complex neutral tone. It’s also a nod to the French, famous for their delicately elegant baked goods (the root of the word is derived from "grege," a French term which means "raw silk").

"I’m very much into the design of pastry, the decorations and the creation of new flavors," Reinhardtsen says. "So, When I was thinking of a name, I wanted something that really embodied a higher end feel. I also loved it because it was simple … clean."

In addition to sweet treats, Greige will offer a selection of wines, as well as tap cocktails created by the folks at Bittercube. 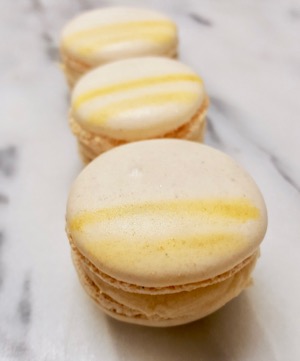 "We’ll be working together to create cocktails that really match the flavor profiles in some of the desserts," Reinhardtsen says. "So we’ll be able to create some really great pairings. I’ll also be using their bitters as an ingredient in some of my pastries."

Eventually, Reinhardtsen says she also hopes to host dessert and wine pairing classes at the venue.

"It’s an area where we’ll be able to play with some interesting concepts including molecular gastronomy," she says. "We’ve come a long way here in Milwaukee, and people are increasingly interested in more unique flavors. So it will be an opportunity to showcase creative small bites and various flavor combinations that will really wow our customers."

In the next month, Reinhardtsen says she hopes to begin construction on the 1500 square foot space, most of which will be dedicated to a pastry kitchen that will not only produce baked goods for the restaurant, but also for wholesale orders.

The design for the dining area, which will feature a bakery case and seating for guests, will be designed by Erik Madisen of M&M Architects, and will play out in colors like black, grey and white, offering the space a sleek, industrial feel. Construction will be completed by Productive Builders of Menomonee Falls.

Once open, Reinhardtsen says she anticipates the patisserie will keep hours in the early morning and then again in the afternoon and evening. Longer hours are likely during the summer months when she can offer guests the pleasure of nibbling desserts on the patisserie’s sidewalk patio.

For more information, and a glimpse at more eye-catching Greige baked goods, follow the patisserie on Instagram.