Milwaukee School of Engineering's Grohmann Museum is a rare - unique, perhaps - temple to the rendering of industry and technology in art, full of paintings and sculptures of man and woman at work all around the world. The museum's new exhibition, "Magnificent Machines of Milwaukee," focuses the spotlight on its own hometown.

Milwaukee School of Engineering’s Grohmann Museum is a rare – unique, perhaps – temple to the rendering of industry and technology in art, full of paintings and sculptures of man and woman (and, at times, children) at work all around the world.

The museum’s new exhibition, "Magnificent Machines of Milwaukee," focuses the spotlight on its own hometown.

Running through Jan. 26, the show – based on Thomas Fehring’s extraordinary eponymous book – uses a wide variety of objects to highlight innovations made right here in Brew City, from the QWERTY keyboard typewriting to the motorcycle to the thermostat to the outboard motor to the game that morphed into Scrabble and more. 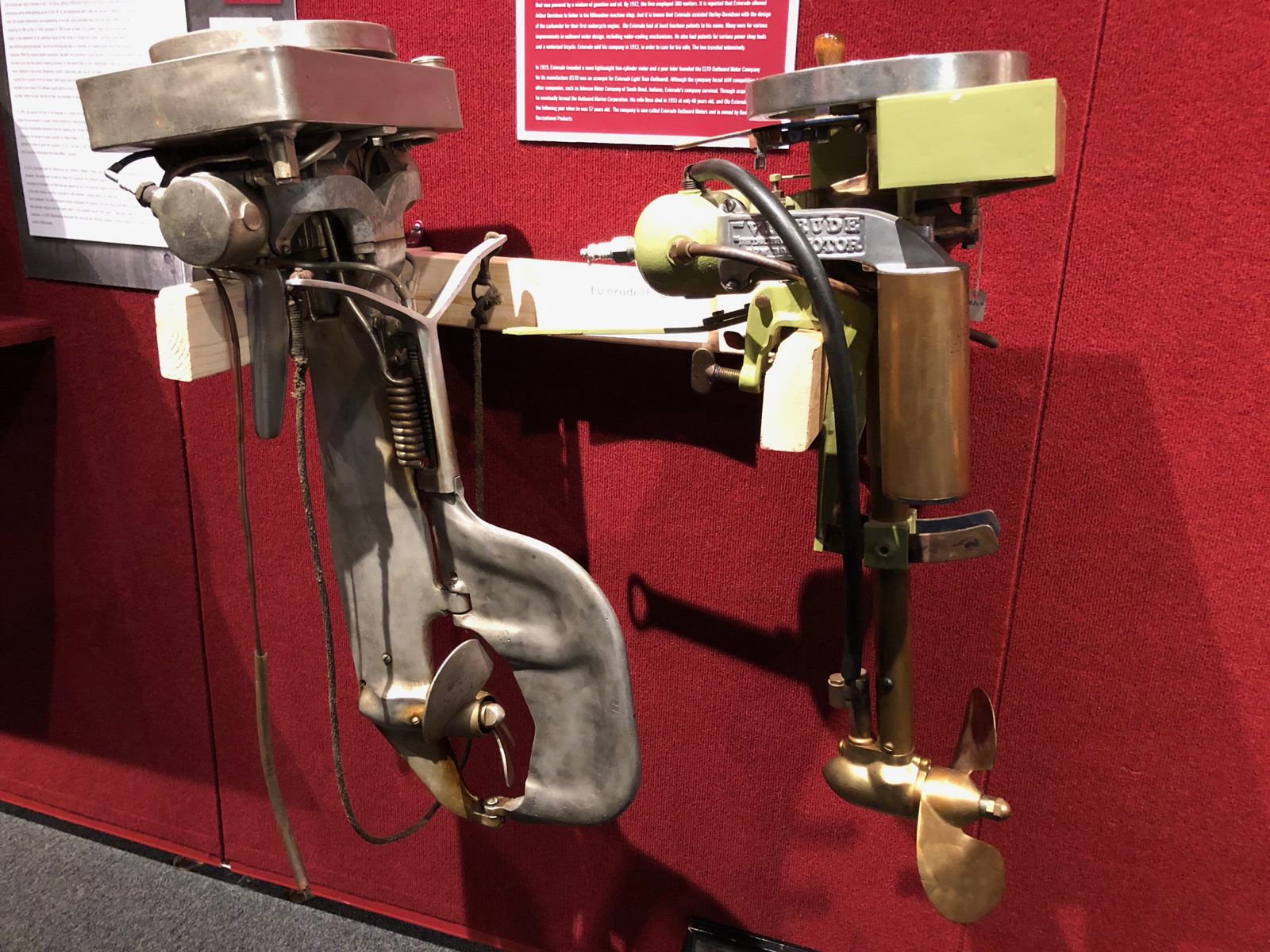 "Tom asked me to review the book two-and-a-half years ago when he was putting it together, specifically the section on MSOE, but I couldn’t help but read the whole book," says museum Director James Kieselburg, II. "I gave my feedback on various sections and just kind of offhandedly said in an email to him, ‘you know we oughta think about putting this together as an exhibition.’ He says, ‘that’s a great idea.’

Kieselburg says that the two began working together about a year ago to collect objects and Fehring was a key player.

"He’s a co-curator," says the director. "He’s put a lot of this together. A lot of the information on the panels, the scholarship behind it, sleuthing out who these engineers were, what were their contributions, that’s a lot of Tom. That’s really his. All from the book, basically."

You’ll likely learn about a number of things you didn’t know had Milwaukee roots.

Like the Sawzall – now almost a generic term – invented by Milwaukee Tool, and the first "hole shooter" (aka electric drill), invented in the 1930s by the same company.

And Princeton, Wisconsin-born Seton Rochwite’s updated stereogram (the ViewMaster), and Joseph Zimmermann Jr.’s first telephone answering machine, which phyiscally lifted the receiver from the cradle, played a recording and then a tape machine would kick in to record the message.

And the DESCO underwater suit, with which two world deep sea diving records were set. 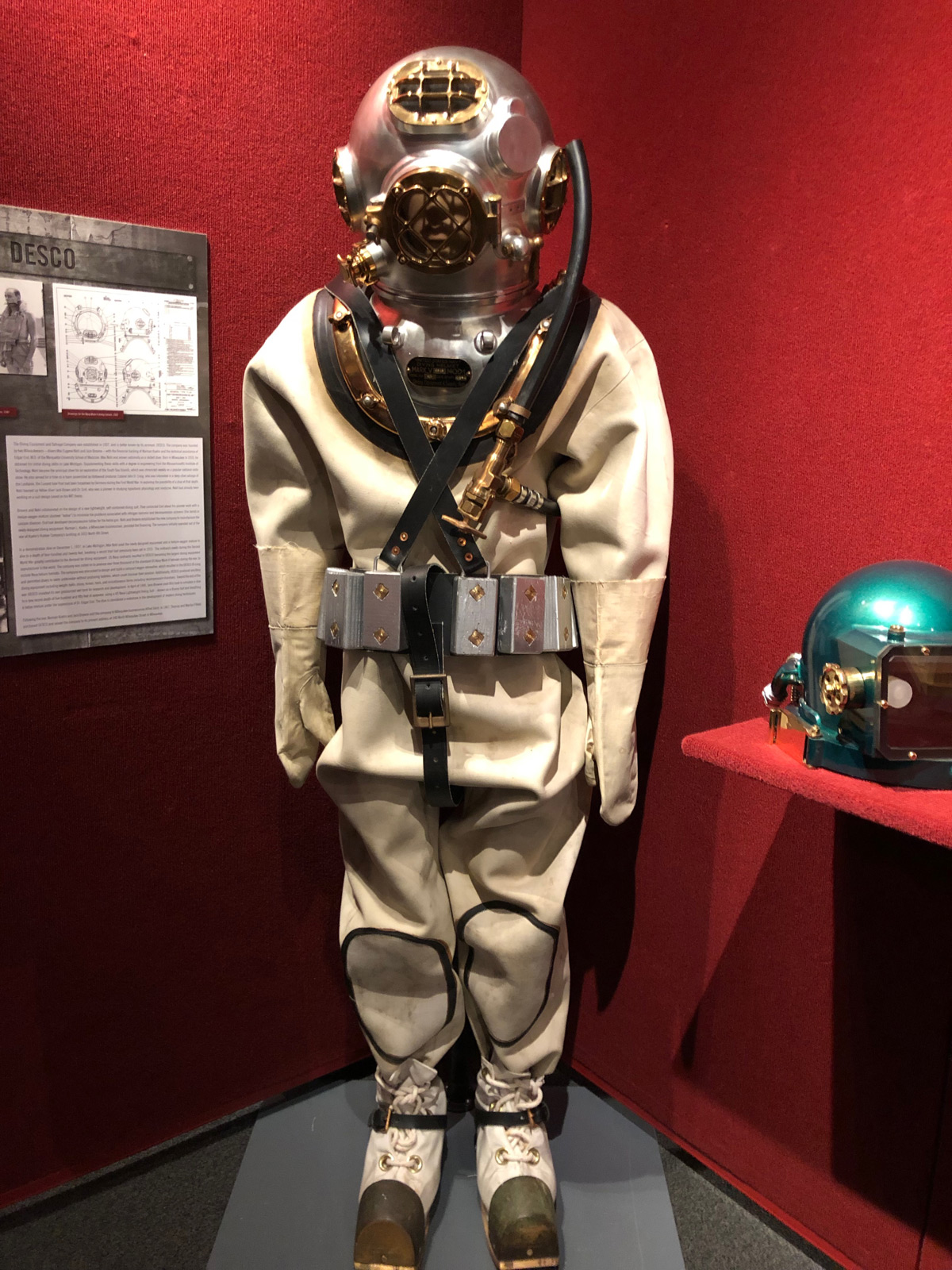 And the Merkel motorcycle, which boasted of being the Motorcycle that Made Milwaukee Famous.

"This is the real coup of the loans for the exhibition," says Kieselburg of a 1905 model on display, on loan from a New Jersey collector. "Merkel made his first model a year before Harley and Davidson released their Model 1. It’s the oldest, most intact Milwaukee Merkel known. He tried to diversify too much. He moved the operation to Pennsylvania and it kind of dissolved because he had too many irons in the fire."

There are a couple dozen landmark Milwaukee companies included, from A.O. Smith to Allen-Bradey to Allis-Chalmers to Ladish to Master Lock to Falk/Nordberg/Rexnord to Johnson Controls to Bucyrus-Erie/Caterpillar and on and on and on, reminding us of what an industrial powerhouse this town was.

"It’s a pretty major exhibition," says Kieselburg, "different from what we’re used to. It’s a departure from the art of industry and we’ve gotten knee-deep into industry itself. It’s the most artifact-based exhibition we’ve done. We’ve delved into artifacts in art-driven exhibitions, but never something like this. 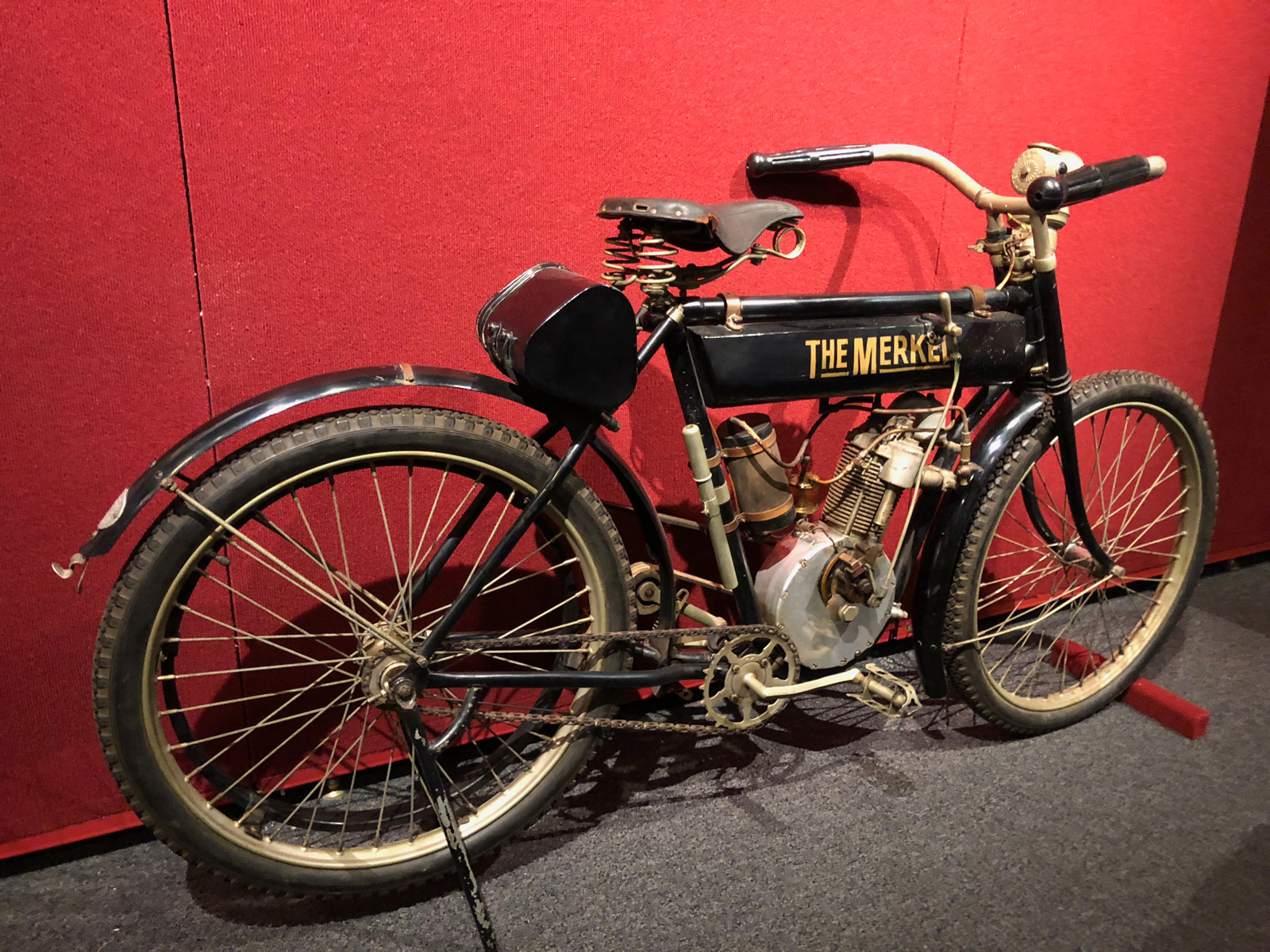 With more than 20 lenders, Kieselburg and Fehring often found themselves on-site at these companies, working with staff archivists to uncover treasures for the show.

"It really opened the eyes of the companies themselves to kind of appreciate what they have. So I think when we return these things they’ll have photographs made of them and document them a little closer.

For some items, collectors and unaffiliated groups lent a hand. For example, The Bucyrus Historical Society in South Milwaukee lent the display cases.

"They’ve been so cooperative. We couldn’t have put this together without them," says Kieselburg.

"It’s more than I thought when we were putting this together. As these things started arriving. I thought, ‘what did we get ourselves into?’ It’s a lot different than hanging 42 pictures on the wall."

The Grohmann Museum is located at 1000 N. Broadway in Downtown Milwaukee. Admission is $5 for adults; $3 for students and seniors; and free for children under 12. Admission is also free to anyone showing a Milwaukee Public Library card.