Gurda's landmark "The Making of Milwaukee" gets another update

As we reach the holiday season, it seems like the perfect time to catch up with John Gurda. He is the Milwaukeean that is to us history-lovers something of a beard-less and more svelte Santa Claus of our own, bringing both longed-for and unexpected treasures, in the form of books, articles, talks and television appearances.

As we reach the holiday season, it seems like the perfect time to catch up with John Gurda. He is the Milwaukeean that is to us history-lovers something of a beard-less and more svelte Santa Claus of our own, bringing both longed-for and unexpected treasures, in the form of books, articles, talks and television appearances.

This year, Gurda dished up an engaging illustrated history of the city’s fundamental relationship with water, "Milwaukee: A City Built on Water," and this month, an updated fourth edition of his landmark "The Making of Milwaukee" arrives.

As Gurda prepares for a book-signing event at Boswell Book Co., 2559 N. Downer Ave., from 2 to 3 p.m., Saturday, Dec. 15, we caught up with John to ask about both projects and to get a couple recommendations, too. 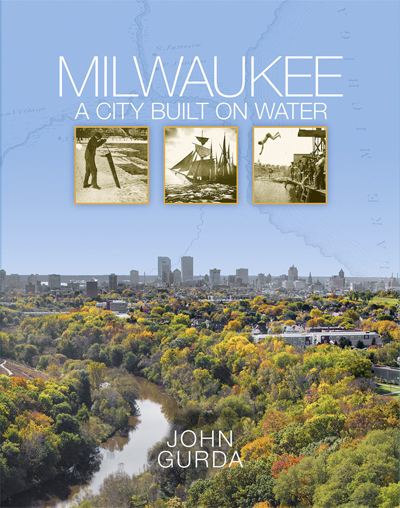 OnMilwaukee: Let's start with your most recent new book, "Milwaukee: A City Built on Water." I saw you do a presentation on the same topic – and there's the TV show, too, of course – and then immediately read the book and thought the latter did a great job of fleshing out and, ahem, diving deeper into a subject that you cover really efficiently and colorfully in your presentation. Was it your goal to make the book so accessible or are you just that good a writer that it comes naturally?

John Gurda: Thanks, Bobby, but I don't think anything "comes naturally" when writing is involved – not for me, at least. I do, however, write to be read, so accessibility is key. The water story clearly lends itself to the popular approach. The resource touches our lives at so many points, starting with survival and continuing through transportation, industry, public health, and recreation, that it infuses the larger human story, and Milwaukee has always had a special relationship with water. We exist because of our harbor, we grew in part because of our access to fresh water, and water is at the core of our current economic development efforts.

The fact that "Built on Water" was a PBS documentary before it became a book makes it a little unusual. The Wisconsin Historical Society Press liked the documentary so much that they asked if I could expand it in print form. I decided pretty quickly that there was a lot more to cover on the waterfront, and a 7,500-work filmscript grew to a 45,000-word manuscript.

I found it to be an interesting read a year or so after "The Death and Life of the Great Lakes" – a sort of here's where we are from Dan and a little more of a how we got here from you.

Dan Egan swims in a larger pond than I do, and his book is a great contribution to the ongoing discussion about water in our region. Dan graciously wrote a blurb for the dust jacket of "Built on Water" suggesting that the book should be "required reading ... for anyone living in a Great Lakes city." I'm not sure how many orders we've gotten from Toronto, Saginaw and Gills Rock, but his endorsement is much appreciated.

In some ways, "Built on Water" is a micro version of the macro approach Dan takes in "Death and Life." Both books tell much the same story – the indispensability of our water resource, the patterns of use that crossed the line to abuse, and the cautious optimism of the present. The narratives unfold at different levels but with comparable detail and similar urgency.

Do you think we're paying enough attention to the needs of the lake that is such a major player here?

What was the response to the book like? Has Milwaukee embraced the discussion about our water history, present and future?

Sales seem to be strong, but, as you know from firsthand experience, authors are often the last to know how their books are doing. I do believe that Milwaukee is indisputably a water city, and growing more so all the time. Water is a central theme in our ongoing community conversation, a major focus of arts and education, and a growing component of our identity. Water is hot these days. My hope is that "Built on Water," by filling in the back story of the resource, will provide a useful context for all the efforts unfolding in the present.

As compared to the past, how do you see Milwaukee's relationship with water changing in coming years, especially as the world faces such a freshwater crisis?

Water's importance is on an upward curve that's going to get much steeper with time. As rising oceans inundate the coasts and drought dries out the West, the Great Lakes region is poised to become the nation's population center, and Milwaukee will certainly share in that growth.

That will be a decidedly mixed blessing. In the near term, our growing expertise in water-related technologies represents a global opportunity, and the arid West's likely demand for Great Lakes water represents an enormous threat. 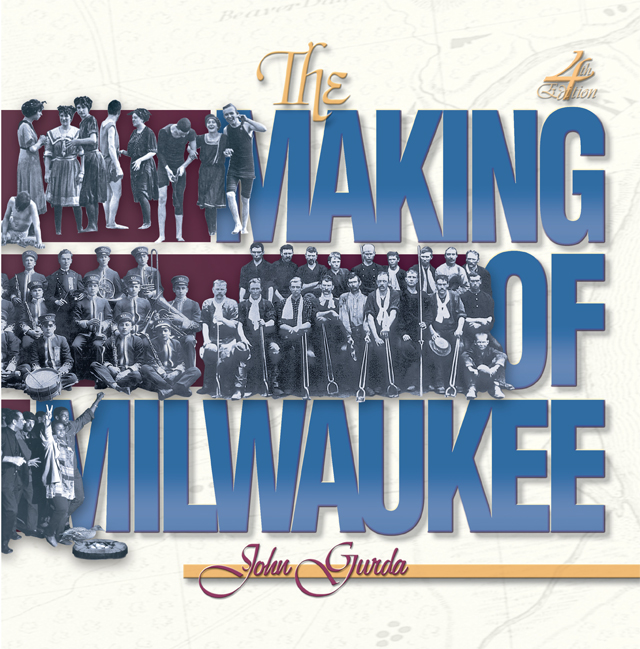 Hitting shelves right now is the fourth edition of "The Making of Milwaukee." Did you think when you wrote it that it would become THE definitive history of the city for so many people?

I actually did set out to write THE history of Milwaukee in the 1990s – you have to aim high – but I ended up writing what is obviously A history of Milwaukee. There are so many variables, so many story lines, so many interpretations, that any urban history is going to be one person's time-bound take on the community he or she chronicles.

On the other hand, the last general history of Milwaukee before mine dates to 1948, so there was an obvious need in the market. There are 28,000 copies of "The Making of Milwaukee" floating around out there on the eve of the fourth edition's launch, so the book has clearly won an audience.

I think it is to the benefit not only of current readers but also future generations that you've been able to update it and keep it moving forward, almost like a living thing, or like the city itself. Do you plan to keep doing that?

Both the Milwaukee County Historical Society, the book's publisher, and I plan to keep the title in print and up to date for as long as possible. History is first and foremost the study of change, and change is the most obvious constant in our lives, so Milwaukee's story is in constant need of refreshment. My hope is that the fourth edition will reach a new generation of readers who find it a source of information and even inspiration as they help write Milwaukee's next chapter in the 21st century.

Tell us a bit about the changes to this edition.

The first task was a sort of historical housekeeping – updating numbers and nomenclature to reflect changes since the third edition appeared in 2006. The larger task, and by for the more difficult, was to chart the major changes that Milwaukee has experienced in the new millennium.

I emphasized four: political tumult, the unprecedented wave of development downtown, the persistence of poverty in the inner city, and the ongoing transformation of the local economy. All those topics are covered in a new chapter that carries Milwaukee's story up to the present day.

We can even claim that parts of it are ripped from the headlines. We were almost on press at the time of the Nov. 6 election, and I had to make a few last-minute adjustments. "Evers, Tony" was the very last addition to the index.

I know you're doing an event at Boswell Book Co. soon, so I want to ask you if there's a Milwaukee-related book you've been recommending or that you've been interested in reading yourself.

My Milwaukee library pretty well-stocked, but there are a couple of recent titles that are very much worth a read: Carl Baehr's "From the Emerald Isle to the Cream City: A History of the Irish in Milwaukee," and Yance Marti's "Wicked Milwaukee."