Gypsy Taco is officially in full swing at Boone & Crockett

Pop over to Boone & Crockett on Kinnickinnic Avenue in Bay View after 4 p.m. (any night except Monday), and you can now officially indulge in a well-prepared but unapologetically inauthentic taco, or three. Here's a peek at the menu and more.

Pop over to Boone & Crockett at 2151 S. Kinnickinnic Ave. after 4 p.m. (any night except Monday), and you can now – officially – indulge in a well-prepared but (un)apologetically (un)authentic taco.

That’s because the taco-slinging food truck is officially up and running out on the nearly finished Boone patio. And that’s kind of a big deal, in part because it’s the only food truck in the entire state of Wisconsin that has regular, legal occupancy on a bar property. 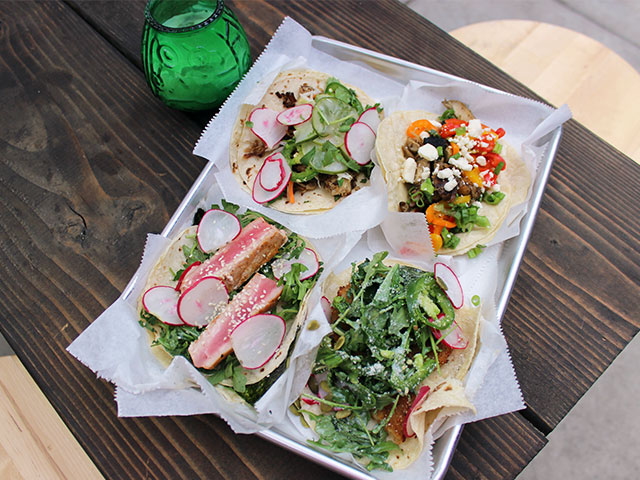 But, getting there was a journey. And, despite what you might think, it wasn’t due to licensure snags or health codes or anything you might normally expect.

It was last April when we sat down with John Revord and Chef Mitch Ciohon to chat about their imminent plans to be the first "taco bar" in the city. But, all at once, things were stalled when Ciohon realized that the food truck he’d ordered and paid for online wasn’t going to be arriving after all.

Fast forward a few months and Ciohon began customizing a catering truck he’d used when he was working in Door County. He stripped it down, added a new framework to the inside and added a two-burner grill, two coolers, food warmers and a hood.

"It’s pretty much a full kitchen," he notes. "I set it up just like you would set up a line in the kitchen. You can do almost anything in there."

To finish things off, he cut a large service window into the side. 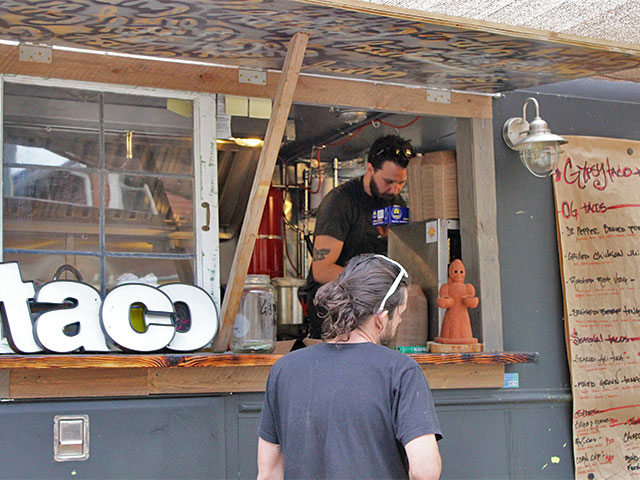 "Part of the thing with Gypsy Taco was that everything was out in the open," he explains. "People could see the kitchen and the cooking. And I didn’t just want this little window where people couldn’t get a good view of what was going on."

Boone hosted a launch party for its new patio – and its new food truck – at the end of April. In fact, Gypsy Taco served up 432 tacos over the course of six hours that night. But, even then, the truck was still operating on a temporary license. 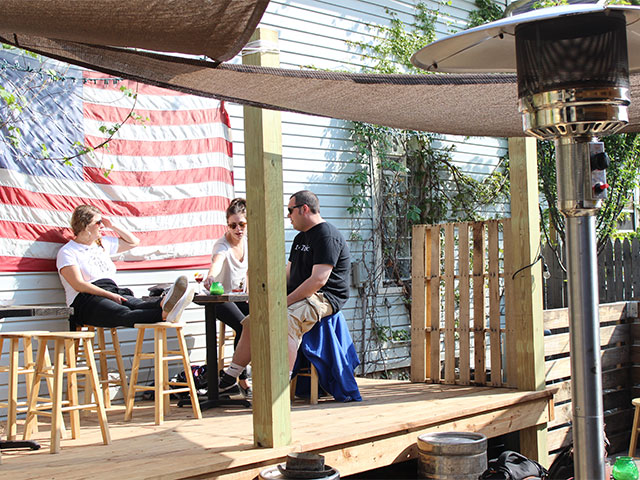 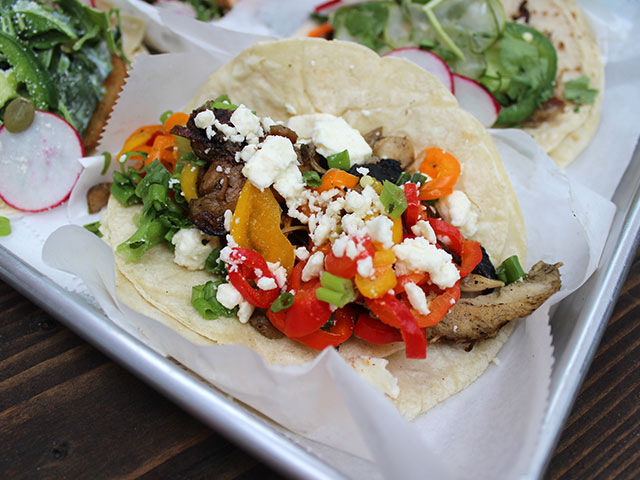 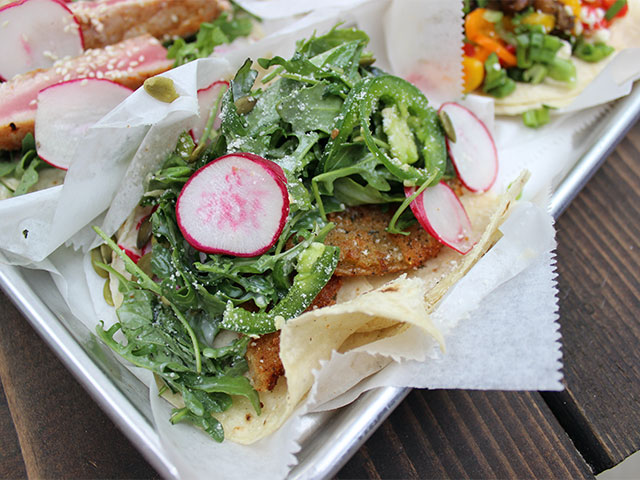 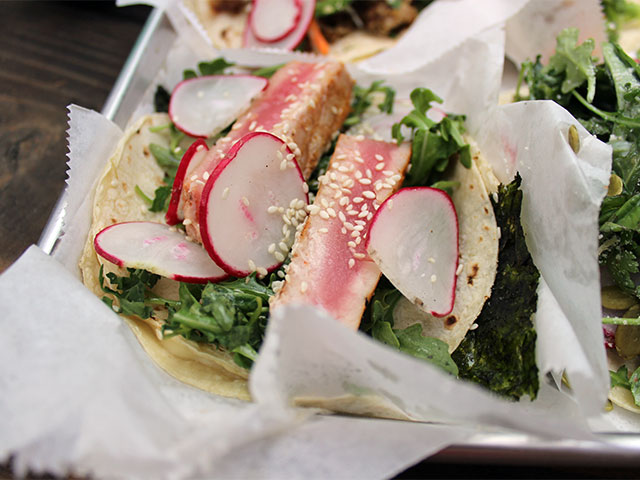 And Ciohon says there will be more creative specials on the docket.

"Keep a weathered eye on horizon for the Foie-co," he notes, referring to a new foie gras taco, which he’ll be rolling out on the seasonal menu soon.

Side dishes include queso and chips ($4), Gypsy (tomatillo and cactus) salsa and chips ($3), and a delicious side which Ciohon says has developed "a cult following:" the corn cup featuring grilled corn, arugula, aioli and cotija cheese, topped with fresh radish ($4). 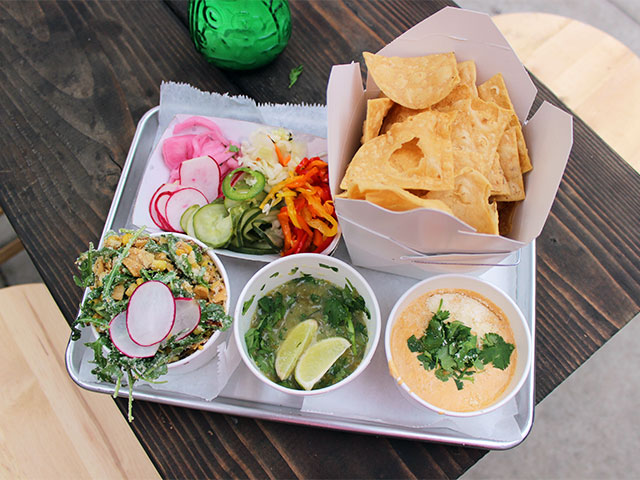 The side of housemade pickles ($3) offers up a nod to Chef Ciohon’s time at Beta by Sabor, where he was ahead of the now-raging pickle trend, serving up adorable jars filled with creatively conceived pickles. 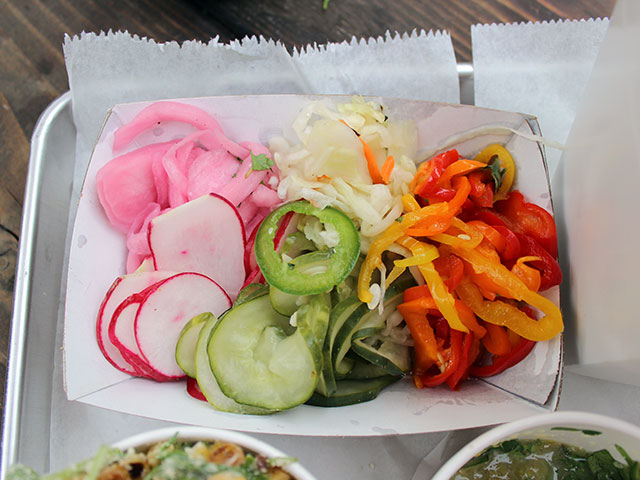 On the sweeter side, there are crisp warm churros served up with a slightly spicy chocolate dipping sauce ($3) and a seasonal dessert which is currently a pound cake trifle with fresh macerated berries and sour whipped cream ($4). 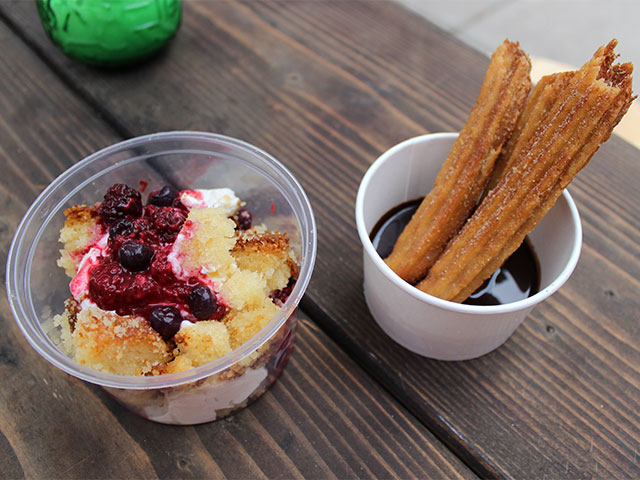 Wash it all down with a cocktail from the bar or – if you prefer something non-alcoholic – grab a Mexican Coke or Topo Chico. 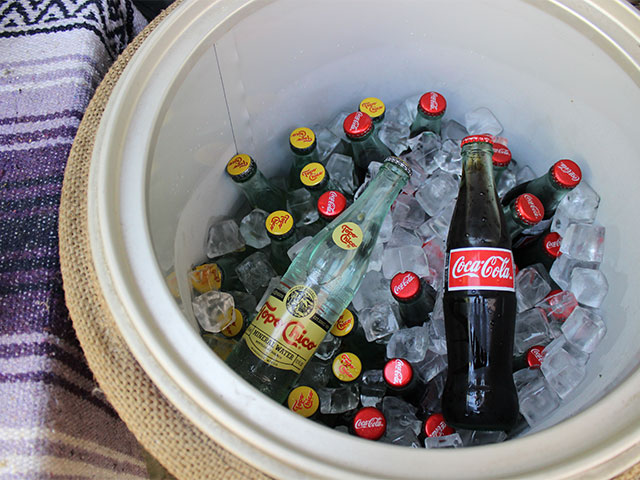 8 new spots to get your taco fix