The old Habhegger Wheel and Axle building at 1701 N. Water St., near Brady, is completely down now and Wangard's project to bring residences and retail to the space is underway.

The old Habhegger Wheel and Axle building at 1701 N. Water St., near Brady, is completely down now and Wangard's project to bring residences and retail to the space is underway, albeit a bit late.

The plan was to begin construction in 2014, with completion on the roughly 160 apartments and 6,600 square feet of retail space slated for later this year. There's been nothing so far to suggest it won't be finished on time. 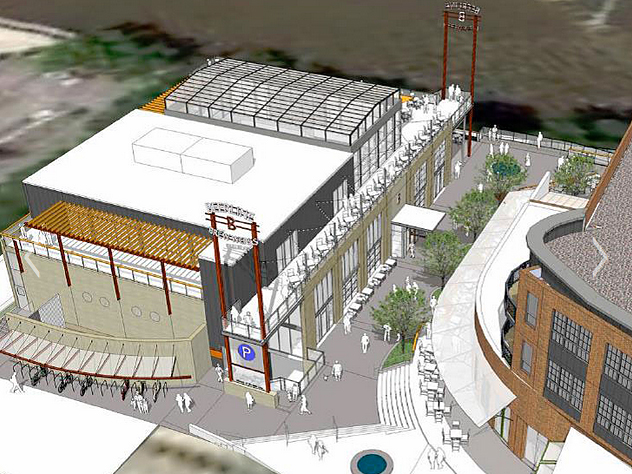 Workers are on the site – which Wangard has called "one of the most desirable sites in Milwaukee right on the Milwaukee River" – today clearing and excavating.

Here's what Wangard's website for the project says about the development:

"The project sits at the convergence of two showcase urban corridors – North Water Street and East Brady Street. As the visual terminus to Brady Street’s west end, the property has the ability to become a major landmark building in the neighborhood and enhances Brady Street as one of the most successful retail and entertainment streets in the City."

A stretch of riverwalk is planned for the development, too.

The Wangard site continues: "By providing high-quality rental housing and retail amenities to the neighborhood, this development helps to improve the connectivity between the Water Street District and the Lower East Side, develops a pedestrian walkway along the south side of the underutilized Milwaukee River, and further enhances this area as one of the most dynamic urban neighborhoods of the City."

The development also reportedly includes the former house and Honeymead Warehouse to the west, at 1693 N. Water St. Though it's long been vacant and is boarded up, that structure – once Mike Mervis' residence – currently remains standing. (Update: Shortly after this post, 1693 N. Water St. was also demolished.)

Habhegger, which has replaced the "Wheel and Axle" in its name with "Full Service Auto Repair," is now located at 102 W. Capitol Dr.

Reimagining Brady Street: What would you like to see?