What if the most popular Hallmark holiday movie of the Christmas season ... wasn't on the Hallmark Channel? Can Netflix's "A Christmas Prince" outdo the festive film network at its own game?

On Nov. 9, 2017, during an OnMilwaukee editorial meeting, pop culture editor Matt Mueller brought up the craze of Hallmark Christmas movies. It was a decision he would come to immediately regret, as he was quickly forced assigned to watch a new Hallmark movie a week during the holiday season and write about his discoveries and loss of dignity.

These are the chronicles of Matt's Hallmark holiday hell.

What if the most popular Hallmark holiday movie of the Christmas season ... wasn't on the Hallmark Channel? Thanks to a snarky tweet from Netflix, "A Christmas Prince" became weirdly one of the most viral titles to pop up on the streaming service this season.

But is it worth the hype? Can Netflix beat Hallmark at its own game? And what is the deal with those 53 people?

A big-city and/or corporate fledgling journalist arrives in a small town in the hopes of breaking a big story on the playboy prince of Aldovia. In the process, she stumbles into a handsome prince she's supposed to be covering who's fallen out of love with the holidays thanks to his dad, the king, died and being a royal is a bummer. Will she break the story, while also thawing his frozen, Grinch-like heart? And will they find the greatest Christmas gift of all ... love?

How much do you think Netflix is kicking themselves for not casting Meghan Markle for this? Instead, our intrepid reporter Amber is played by Rose McIver, the star of The CW's popular zombie crime dramedy "iZombie" and Lindsey Salmon from Peter Jackson's insane "The Lovely Bones" film adaptation.

Meanwhile, the namesake Christmas prince is played by Ben Lamb. He's randomly appeared in forgotten blockbusters like "Now You See Me 2" (fun fact: that movie makes literally no sense) and "Divergent." Remember when they split the final book of that series into two movies, but then never made the second one because "Allegiant" flopped so hard? Fun times. Anyways, if Hollywood ever gets around to making a prequel about Buffalo Bill from "Silence of the Lambs," I've got your guy! 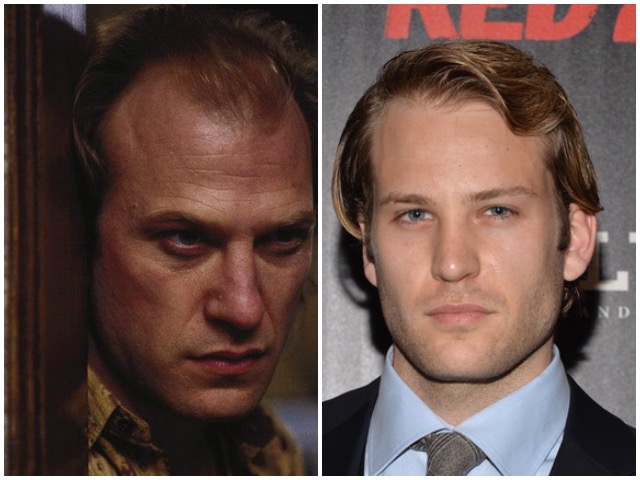 The cast rounds out with Alice Krige, aka the Borg Queen from "Star Trek: First Contact," so all in all, a pretty strong cast for Netflix's breakthrough Christmas original, all under the guidance of ... oh no ...

Alex Zamm?! The auteur behind "Tooth Fairy 2," "Jingle All the Way 2" and "Beverly Hills Chihuahua 2"!? AGAIN!? But hey, "Christmas at Evergreen" wasn't all that bad! And let's see what his latest project looks like:

Oh boy, that was a mistake.

Considering they've created three seasons of success out of "Fuller House," it makes sense that Netflix would get into the Christmas cornball market. What makes less sense is literally any of "A Christmas Prince," an idiotic fluff ball of a movie that'll have you deleting your Netflix account and disconnecting your Wi-Fi – just to be safe.

OK, maybe it's not THAT bad, but it did make me yearn for the days of "Joan Cusack: Train Creep" and Santa School. It's the difference between a charming ugly Christmas sweater and a sweater that's just actually ugly – and also it hasn't been washed.

"A Christmas Prince" starts on thin ice with its basic plot: Aspiring journalist Amber is sent to the very fictitious country of Aldovia (they don't even get the fake country right; Aldova sounds infinitely more like a real place, while Aldovia sounds like sleep medication) to cover their playboy prince Richard, who may decide to abdicate the throne on Christmas. Why a copy editor at a tabloid would be sent to cover the biggest story of the year is somehow one of this movie's lesser logical faux pas. This is a world where a publication has the money to not only hire copy editors, but also fly them across the globe to cover what ends up being a press conference.

Anyways, she shows up for the event, but the prince doesn't, so it's an un-newsworthy dud. But Amber manages to sneak her way into the castle – because apparently the guards also forgot to show up as well – and convince the royal family that she is a tutor for Princess Emily. She also manages to break a priceless 15th century Ming Dynasty vase. Either this all is a cutting jab about the idiocy of monarchy or "A Christmas Prince" is just not a good movie. Unfortunately, it's the latter.

Of course, as Amber infiltrates the total family, she gets to know who they are actually – especially the prince, who isn't actually an absent-minded playboy but a very boring and bland whiner who just wants to shoot arrows at targets from ten feet away and play with orphans instead of showing up at big charity events in support of said orphans. They begin to fall in love, because he can plink basic Christmas carols on the piano and she accidentally fires an arrow into a priceless paining. Unfortunately, she's still lying to him while on the clock to find a scoop for her tabloid – and while she would rather write a story about how the prince is such a great, nice, orphan-loving guy, she's also stumbled upon evidence of an Aldovian birther controversy that shows the prince was adopted. Let's check her notes! 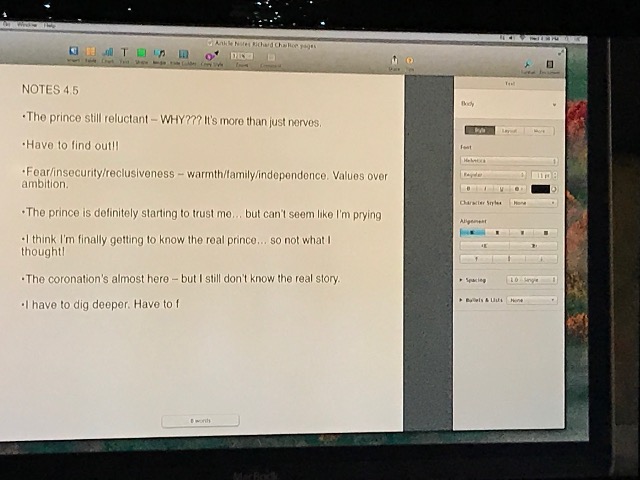 Never mind that a possible lineage debate is OBVIOUSLY a much better story than "Exclusive: Prince Can Play 'Silent Night' On Piano," or that all of Amber's plan so remarkably unethical that even Project Veritas would pull the plug, this whole "How to Lose a Guy in 10 Days"-esque plot is terrible. Anytime you create a love story based around somebody lying about who they are, it not only makes it hard to root for our deceptive romantic lead to come out on top but it's just boringly predictable, as the audience just sits around waiting for the truth to tediously come out ... and then be immediately forgiven after a nice speech or two. To top it all off, the script tosses in one of my dearly despised "I walked in at just the wrong moment" conflicts. YOU'RE PICKING UP HALLMARK'S BAD HABITS, NETFLIX!

Hey, but you know what they say about relationships based on distrust and dishonesty: They die slow, painful deaths. I look forward to the sequel, "A Christmas Prince 2: Royal Divorce."

And hey, Netflix: When you do make your "A Christmas Prince" sequel – and you will; while most offices have bowls of candy or mints on their front desks, you offer everyone a free second season – can you make it not look like dirty trash? Whereas most Christmas movies look warm and cozy, most of "Christmas Prince" looks like it was actually filmed in an impoverished Eastern European country ruled by an ambivalent monarchy. Supposedly sweet scenes of fun or bonding are covered in cold shadows, the tabloid office looks like it was built in a concrete parking structure and the cafe Amber's dad owns looks like it might've been home of one of Jigsaw's death traps. I understand not everything has to look like Hallmark's brand of short-focus saccharine gauziness, but even if you like the story being told, there's a frosty chill emanating from Zamm's visuals that make "A Christmas Prince" hard to warm up to.

It's a grey, drab look that happens to match the grey, drab sensation I had watching "A Christmas Prince." That tweet that made "A Christmas Prince" infamous ends up being the perfect reflection of the movie itself: a cold, soulless and thoughtless attempt to be "cute" and "warm." And maybe don't insult the viewers watching your product, Netflix – especially when the product is insulting enough.

Not that I needed any more excuses to drink heavily while watching Hallmark holiday movies, but thanks to Wide Open Eats, I found this Hallmark drinking game created last winter by human saint Brittany Graves and posted on Facebook. So let's go through the checklist and see how crushed we can get off Christmas cliches!

Lacey Chabert and Candace Cameron Bure are unfortunately Hallmark property, while there's no real Christmas cynic to be won over, and I'm not even sure if anybody properly celebrates Christmas here. In fact, the big final kiss lands on New Year's Eve. It's not called "A New Year's Eve Prince," Netflix!

In general, if you're going to watch a Hallmark movie, you might as well watch an actual Hallmark movie. "A Christmas Prince" is all of the dopey predictable plotting and bland performances with none of the holiday warmth – whether from the movie or from the big glass of bourbon helping drown it down.