In our first trip into Hallmark Holiday Hell this year, "Road to Christmas" is exactly as charming and nice as you would expect from a movie written by a man named Zac Hug.

On Nov. 9, 2017, during an OnMilwaukee editorial meeting, pop culture editor Matt Mueller brought up the craze of Hallmark Christmas movies. It was a decision he would come to immediately regret, as he was quickly punished assigned to watch a new Hallmark movie a week during the holiday season and write about his discoveries and loss of dignity. One year later, having learned absolutely nothing, he made the mistake all over again. These are the returning chronicles of Matt's Hallmark Holiday Hell.

How did this happen? How did we already arrive at Hallmark Christmas movie season? I was not prepared for this; I had a whole checklist of things to do in order to build up my tolerance for saccharine sweetness – hug a basket of puppies, drink an hourly pumpkin spice latte, inject pure marshmallow fluff into my veins – and I got around to NONE OF IT because apparently holiday season starts in October  and jack-o-lanterns are now Christmas decor.

Anyways, so here I am with my Christmas season's first trip into puffy Hallmark purgatory, a world of pain and misery and absolutely darling winter coats.

In case the identical plots and identical Christmas villages didn't make it hard enough to tell Hallmark movies apart, Jessy Schramm stars as our spunky, hard-working media member ... which is exactly how I ended last year's Hallmark Holiday Hell. It's deja vu all over again!

OK, so here's something different: It's Chad Michael Murray! (Or "Chad Murray," as he calls himself in the above behind-the-scenes clip. Yes, I watched a behind-the-scenes video for a Hallmark movie; I AM DEDICATED TO MY CRAFT.) Even all these years later, I can't tell any of those '00s CW teen soaps apart; they all starred Rory Gilmore's ex-boyfriends and each one lasted for approximately 172 seasons. The only one that stands out is "One Tree Hill" – exclusively because it features the greatest scene in the history of television.

Speaking of new things – and I am very embarrassed to have noticed this – but did they change the Crown Media logo at the beginning of these movies? 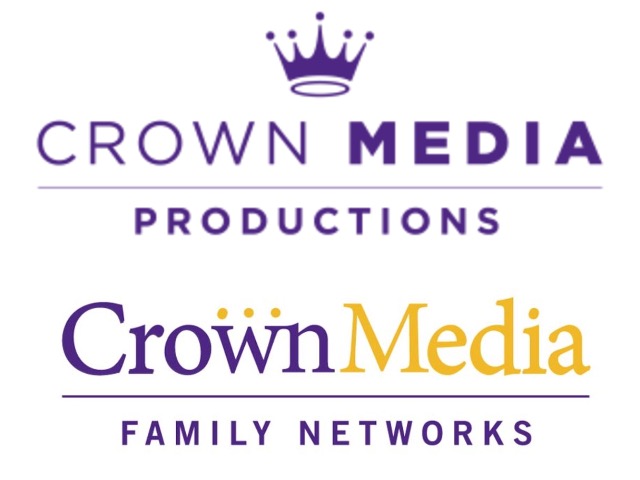 I've made fun of Hallmark movies a lot over the past few paragraphs, so it's time for a confession: I actually enjoyed "Road to Christmas"! It was cute and sweet and filled with the warmth and love of the holiday season in a nice way rather than a forced, contrived way. I smiled a lot – and not just when it mercifully cut to commercial breaks like usual!

When she's not putting way too much effort into the office Christmas party – homemade eggnog? Trees in every office!? Boy, I hope you drew my name for secret Santa too! – Maggie Baker (Schram) also produces a Christmas TV show, "Julia Wise Lifestyle," which this year she'd like to do live. Her boss, however, is stressed out about going live, and going away from tradition, so she brings in her nature documentarian son Danny Wise (Murray) to shoot some more classic Christmas show segments. Because nepotism. Important note: The show airs in A WEEK. Maybe now's not the time to be ash-canning all your plans and bringing in new people!

After briefly sparring over the show's direction, Maggie and Danny also decide to do a cross-country trip to capture people's traditions and special Christmas events. Again, there is a week to go – and they're going to throw their producers in a truck and have them drive around the country, hoping to find people doing cute stuff. You all might be bad at your jobs. Actually, I KNOW you're all bad at your jobs because, while they're filming all of their segments on the road, no one bothered to bring a tripod or proper audio equipment or even merely find proper angles while shooting so you're not looking at people's backs the whole time. This Christmas special's going to look like a holly, jolly "Blair Witch Project." Danny's definitely not putting this gig on his IMDB page.

Then again, Danny Wise might be the worst of everyone at his job. The guy's a nature documentarian, yet he spends the whole movie railing against naturalism. He wants things traditional and planned out. Dude, you film animals; I doubt they respond well to your call sheet. I'm imagining this guy screaming and losing his patience on the side of a mountain because a wild llama is not following his directions. "Just read off the prompter, you dumb tall goat!"

Anyways, it's weird that the nature doc guy is more persnickety about traditions and playing by the book, yet casually dressed the entire time, while the Christmas TV special director is more freewheeling and open-minded. The wrong characters have the wrong character traits, and I'm confused. I feel like they're miswritten – and maybe miscast in Chad Michael Murray's case because the guy speaks exclusively in mumbles. He's this Christmas traditionalist who also talks down here at this volume all the time.

Also: Does CMM know how to use a scarf? You have to wrap it around your neck, guy, not just drape it over your shoulders. That scarf is doing nothing for you. It is merely pretty garland for your soon-to-be hypothermia-ed corpse.

Somehow, however, he stays warm – and so did my heart watching "Road to Christmas." I can grumble and nitpick, but honestly as soon as the two set off on the road and the movie cut to a cute little snowy map of America following their little vehicle putter around the thing, I was charmed as heck.

Even more charming than the map, though, are the stops on their totally ill-advised, budget-blowing road trip. They pop over to a tree farm run by the most delightful couple who actually pass along some good tree-hunting advice – don't shake the tree, but instead slide your fingers along a branch to see if the needles are falling off – before they slice down a tree Maggie and Danny had no intention of buying. (Rude.) They find a snowman-building contest, which the two lose because all of the other contestants apparently went to Michael's and bought some nice fake ones while our heroes were actually rolling snow.

The best stops, however, come as Maggie secretly plans to gather up all of Julia Wise's sons for a surprise holiday reunion on her show. (World's. Worst. Producers.) Apparently they drop out of contact around Christmas because she was always busy with her show and also once Danny nixed one of the brothers as a guest because he's the worst singer on the planet. That's the best production decision he's made in the entire movie. But that brother, Derek, agrees to come along for the ride and the show. And so, at the very last minute, does David after they interrupt his ... puppy party! LOOK AT THAT WIDDLE YORKIE PUP! OH MY GOD, WHY CAN'T WE JUST STAY AT THE PUPPER PARTY!? Screw "Julia Wise Lifestyle"; everyone should just hang out with puppies for the rest of the film.

Nevermind, we have to head back on the road and visit Maggie's family too, because the brothers find out about her sneaky plan and cleverly turn the tables on her. And after her family pulls out most of a Williams-Sonoma catalogue for a surprise Christmas party, they have good fun and even record some footage of their White Elephant gift exchange – which Danny somehow had never heard of. What kind of Christmas lover are you?!

Sorry I'm Scrooge-ing all over these two characters, because I actually like them a whole lot in this movie and actually enjoyed watching them fall in love. Schram is peppy and charming in the lead role, without crossing over into the kind of bland smiley-ness that infects a lot of Hallmark performers. And while Chad Michael Murray looks a little disappointed to be here, he's got a roguish appeal and swagger that most of Hallmark's mannequin romantic interests don't. I do think their characters needed a rewrite, but they've got some sweet chemistry, and the loose road trip storyline doesn't force drama, instead just letting them chat and have fun with each other amongst Christmas happenings.

Of course the pair does eventually arrive at the TV show shoot – and so does the drama. The brothers end up staying back, bumming out Maggie. Maggie and Danny's kindling romance hits a speed bump when Danny's mom breaks the news that he's bailing after the shoot for a new project. (And also his mom keeps interrupting their kisses like a real blocker. Unfortunately, Chad never lets out a big, annoyed, child-like "Maaaaoooooooooom!" but he should've. I'm docking this movie a star now.) And then the power goes out at their house, causing all their footage to be briefly lost (probably for the best) and forcing Julia to ad lib and TRULY go live.

But "Road to Christmas" avoids milking any of these for too much melodrama; it's just pure nice, with nary the sight of a villain or annoying misunderstanding tomfoolery or some cliche dumb fight that rational people would settle in under a minute. Even the brief breakup between Maggie and Danny feels understandable, two people with two careers realizing they might have to go separate ways. Even then, the movie bandages it up quickly and nicely before having the brothers knock on the door for a genuinely touching final moment of a family reuniting over years of grief. I didn't shed a tear, but I wouldn't blame you if you did; it's a precious moment in a well-performed movie that earns its sweet emotion without getting poisonously sappy.

In conclusion, "Road to Christmas" is exactly as charming and nice as you would expect from a movie written by a man named Zac Hug.

Not that I needed any more excuses to drink heavily while watching Hallmark holiday movies, but thanks to Wide Open Eats, I found this Hallmark drinking game created two winters ago by human saint Brittany Graves and posted on Facebook. So let's go through the checklist and see how crushed we can get off Christmas cliches!

Unfortunately there's no Lacey Chabert or Candace Cameron Bure (or more like fortunately since *whispers* I think Schram's a much better actress than either of them). While there's a first snow, there's no snow on Christmas – and there's no cynic to be won over by the Christmas spirit. Unless you're talking about me, which in that case, yes, I was won over by "Road to Christmas."

So how about a drink for that and a drink for starting this column back up again – a celebratory one rather than a sad one, thanks to "Road to Christmas."