Ground will be broken for the new Harbor View Plaza on Friday, Aug. 24 at 1:30 p.m. at the site of the future park, 600 E. Greenfield Ave., next to the UW-Milwaukee School of Freshwater Sciences.

Ground will be broken for the new Harbor View Plaza on Friday, Aug. 24 at 1:30 p.m. at the site of the future park, 600 E. Greenfield Ave., next to the UW-Milwaukee School of Freshwater Sciences.

The plaza, based on the winning competition design by Ayres Associates and Quorum Architects, has a water play area, a water feature, a dock and launch for canoes and kayaks, as well as a children’s play structure.

According to the project website, "When constructed, the Greenfield Avenue Public Plaza will provide a space for families and children to recreate outdoors and experience the waterfront, a place for neighborhood workers to relax at lunch, and a destination for canoers and kayakers. The plaza is the first major investment in what will eventually be a continuous network of Riverwalk and waterfront parks spanning much of the western shore of the Harbor District."

The waterfront park is a collaboration between the Harbor District Inc. and Rockwell Automation, which is among the donors to the $1.5 million project. Other donors financial supporters include the Brico Fund, the Bloomberg Award for Partners for Places – a project of the Funders’ Network for Smart Growth and Livable Communities, Prairie Springs – Paul Fleckenstein Charitable Trust, the Walter and Olive Stiemke Fund at the Greater Milwaukee Foundation, the Fund for Lake Michigan, Herb Kohl Philanthropies, the Brookby Foundation, and the Zilber Family Foundation.

Another $300,000 is needed to complete the park, which will be the first one in the Harbor District, which has nine miles of waterfront. 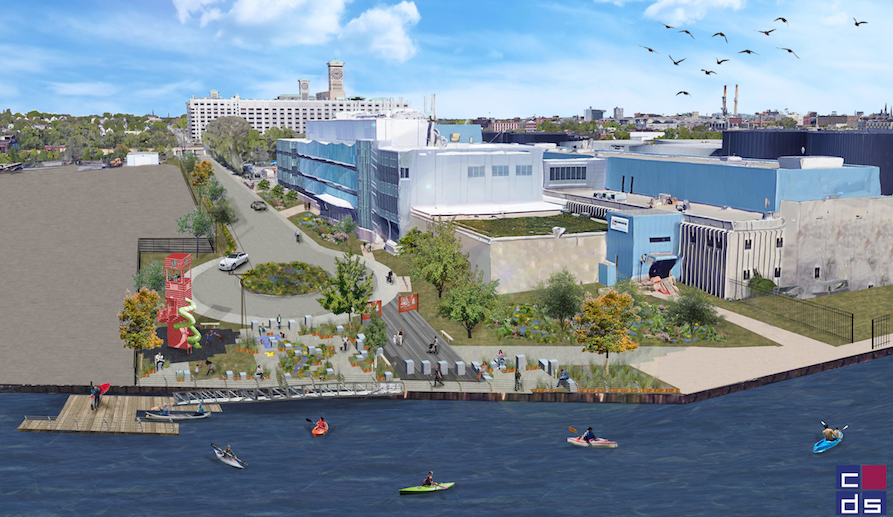 "Harbor View Plaza is a step forward in a balanced approach to connect Milwaukee residents to the port area," said Mayor Tom Barrett in a statement issued Wednesday. "Historically, land around the port was exclusively industrial, but the future will include additional access, like Harbor View Plaza, for recreation."

The groundbreaking event will include remarks by Barrett and others, light refreshments and a visit by kayakers.

To learn more about the project, make a donation or to see more images, visit harbordistrict.org/projects/harbor-view-plaza.