The new Harbor View Plaza public space at the foot of Greenfield Avenue in the Harbor District officially opened Monday with a ribbon cutting ceremony.

The new Harbor View Plaza public space at the foot of Greenfield Avenue in the Harbor District officially opened Monday with a ribbon cutting ceremony.

The plaza – which is adjacent to the UW-Milwaukee School of Freshwater Sciences, as well as the land that will soon become a new Komatsu facility – was announced last summer and a groundbreaking was held in August.

It is based on the winning 2016 competition design by Ayres Associates and Quorum Architects.

"I walked out there after work yesterday to see it really almost finished … even having reviewed the plans and seen renderings and watched the progress all these months, the transformation is amazing," Harbor District Executive Director Lilith Fowler told OnMilwaukee.

"The plaza will change the way people see this place, and how they value it." 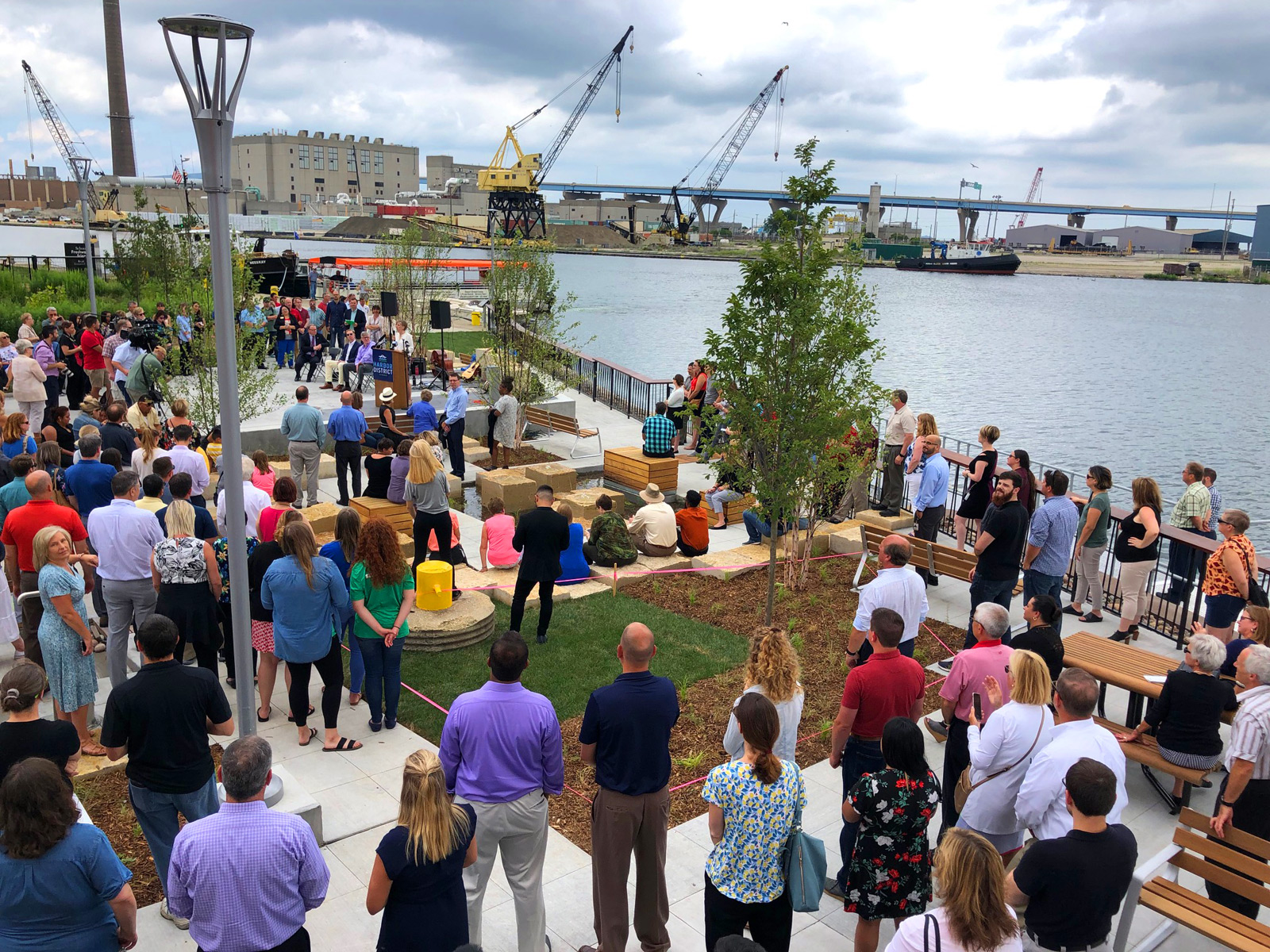 The waterfront park on the city’s inner harbor includes a 40-foot lookout tower created out of shipping containers, the area’s only handicapped-accessible kayak/canoe launch, a children’s play structure and seating areas, decorative gates created by Gallas Metalworks, adorned with representations of ships and fish.

The lookout tower is still under construction and is expected to be ready for climbing and sliding in the next few weeks.

The park, the first major installation in what is planned to be a continuous riverwalk and waterfront park system running most of the Harbor District’s mainland shore, captures stormwater via a water circulation and filtration system with a 3,000-gallon underground cistern and copper ionization purification system.

That system feeds the plaza’s unique children’s play area which features gurgling pumps and pools of shallow water, and which is sure to be popular with kids.

"Harbor View Plaza does something very important; it connects people with our waterways," said Mayor Tom Barrett in a statement (he sent Department of City Development Commissioner Rocky Marcoux to Monday's event, due to a conflict).

"We share a great asset here on America’s Fresh Coast, and whether it is recreation, education, or transportation, I want everyone to appreciate the essential role of water in our lives."

The park is a collaboration between the Harbor District, Inc. and Rockwell Automation, which is among the donors to the $1.5 million project.

Initially ideated by the City of Milwaukee ECO, other financial supporters include the Fund for Lake Michigan, the Brico Fund, the Brookby Fund, the Zilber Family Fund, the Bloomberg Award for Partners for Places – a project of the Funders’ Network for Smart Growth and Livable Communities, Komatsu Mining Corp. and the Greater Milwaukee Foundation.

To learn more about the project, make a donation or to see more images, visit harbordistrict.org/projects/harbor-view-plaza.

Learn more about plans for the Harbor District in this video discussion with Fowler.

Here are more photos of the plaza: 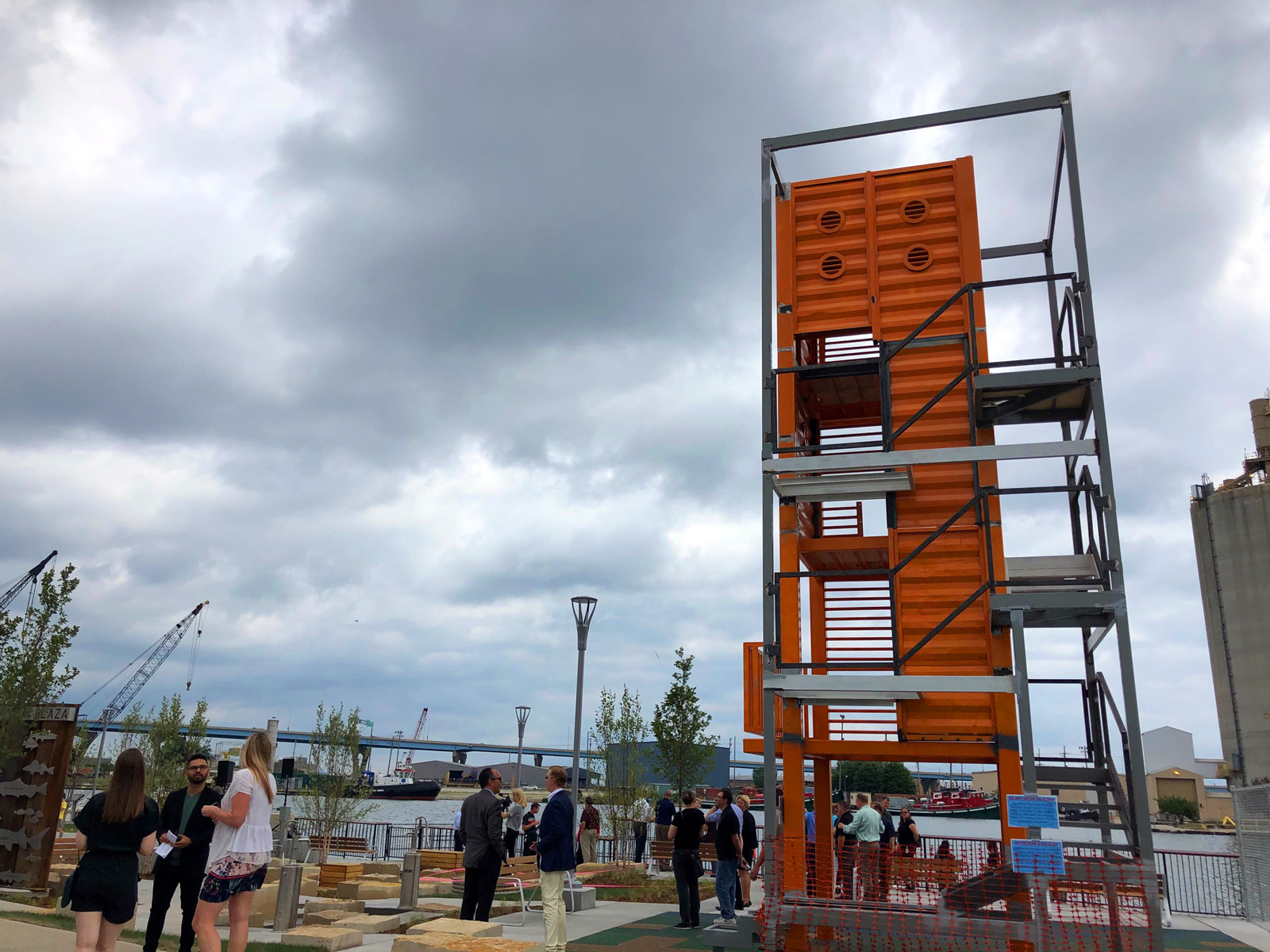 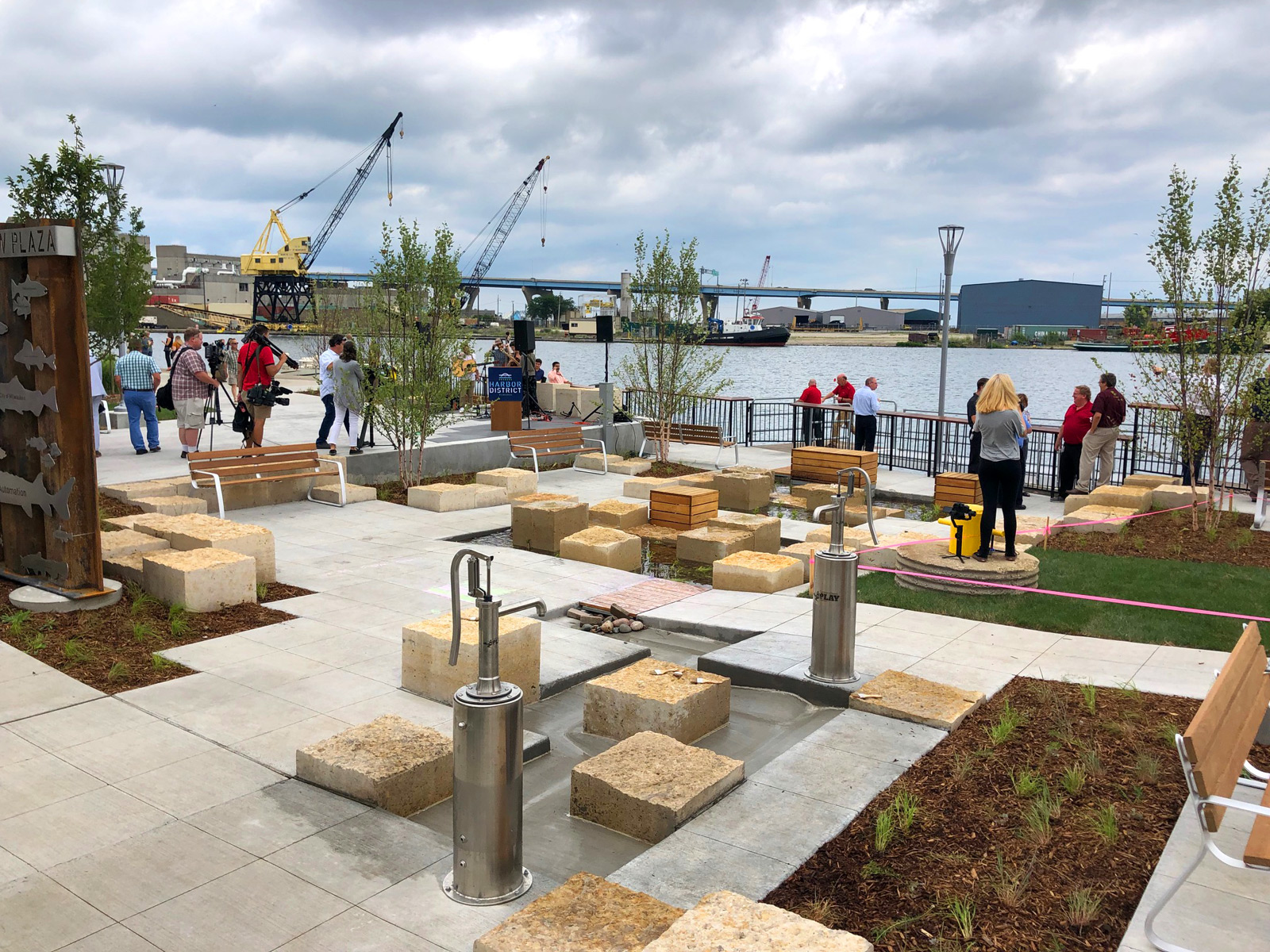 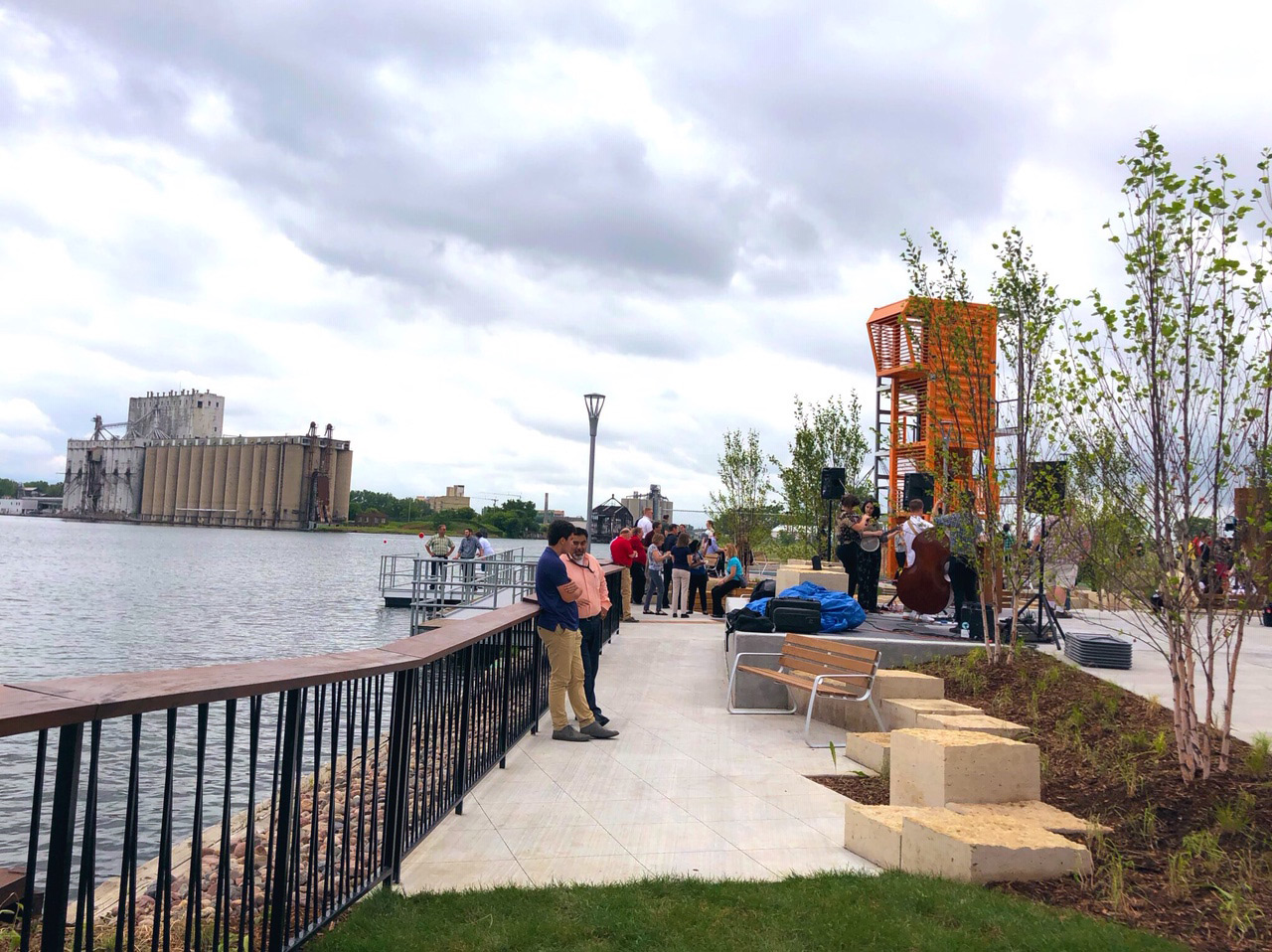 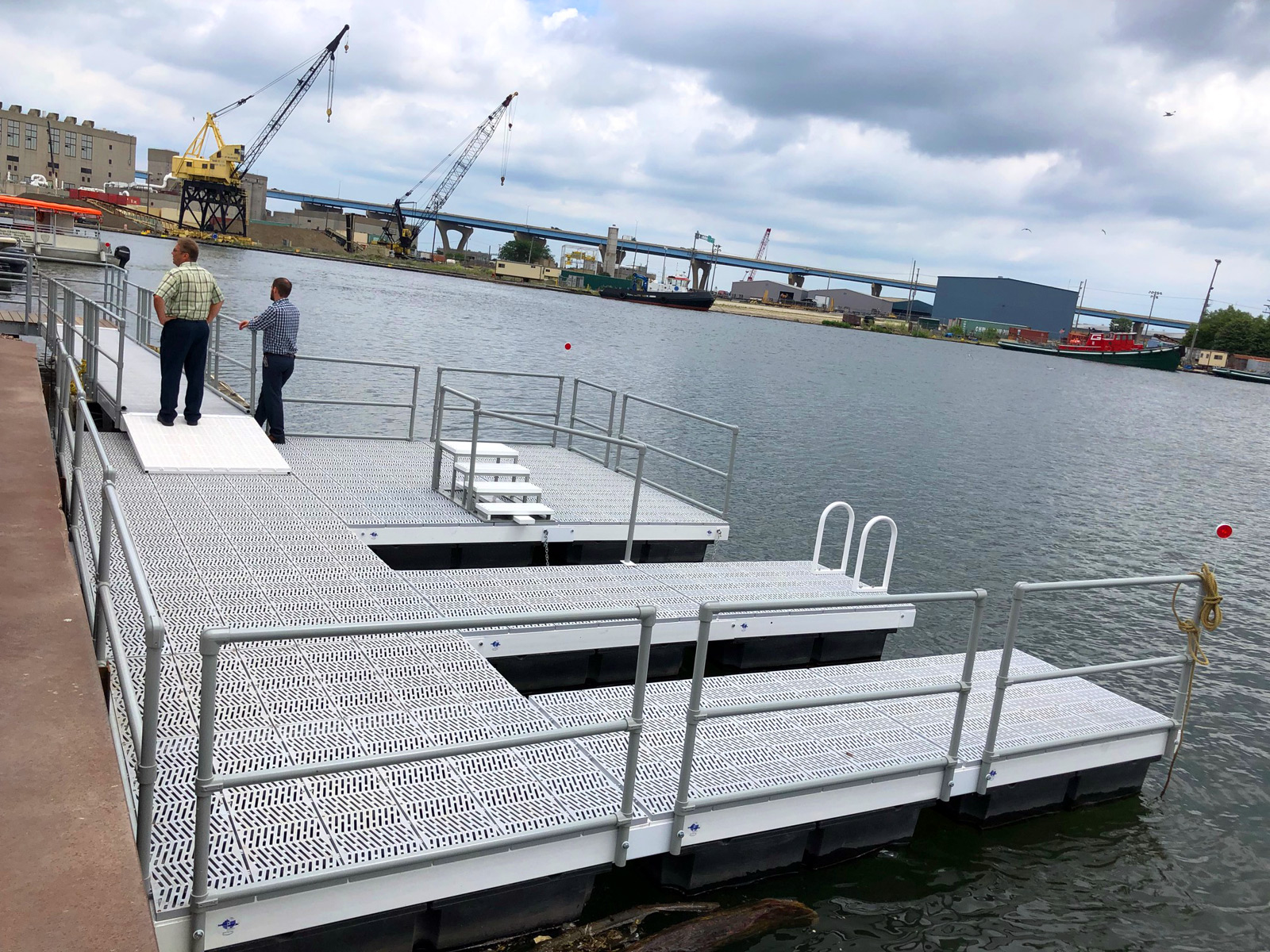 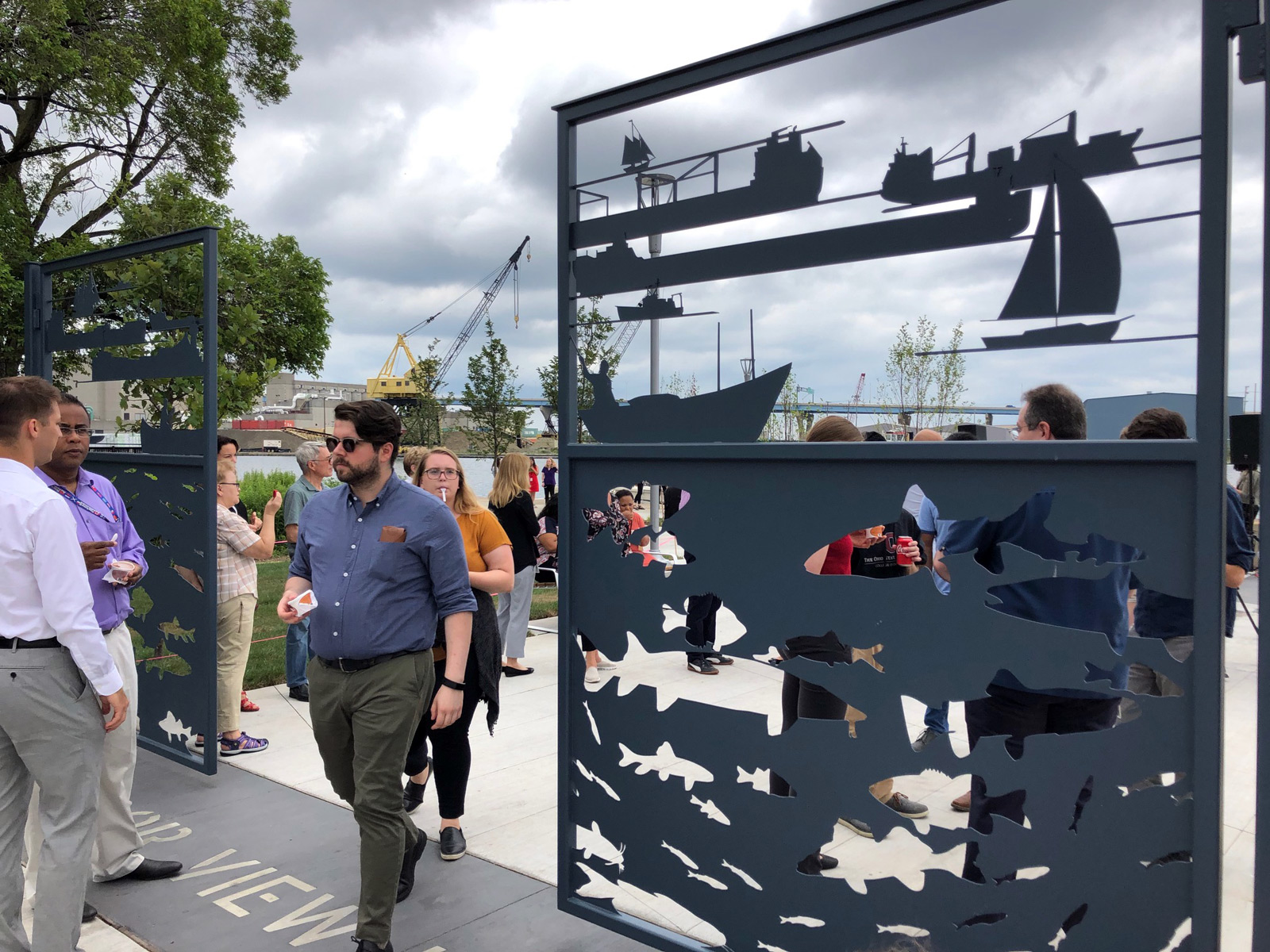 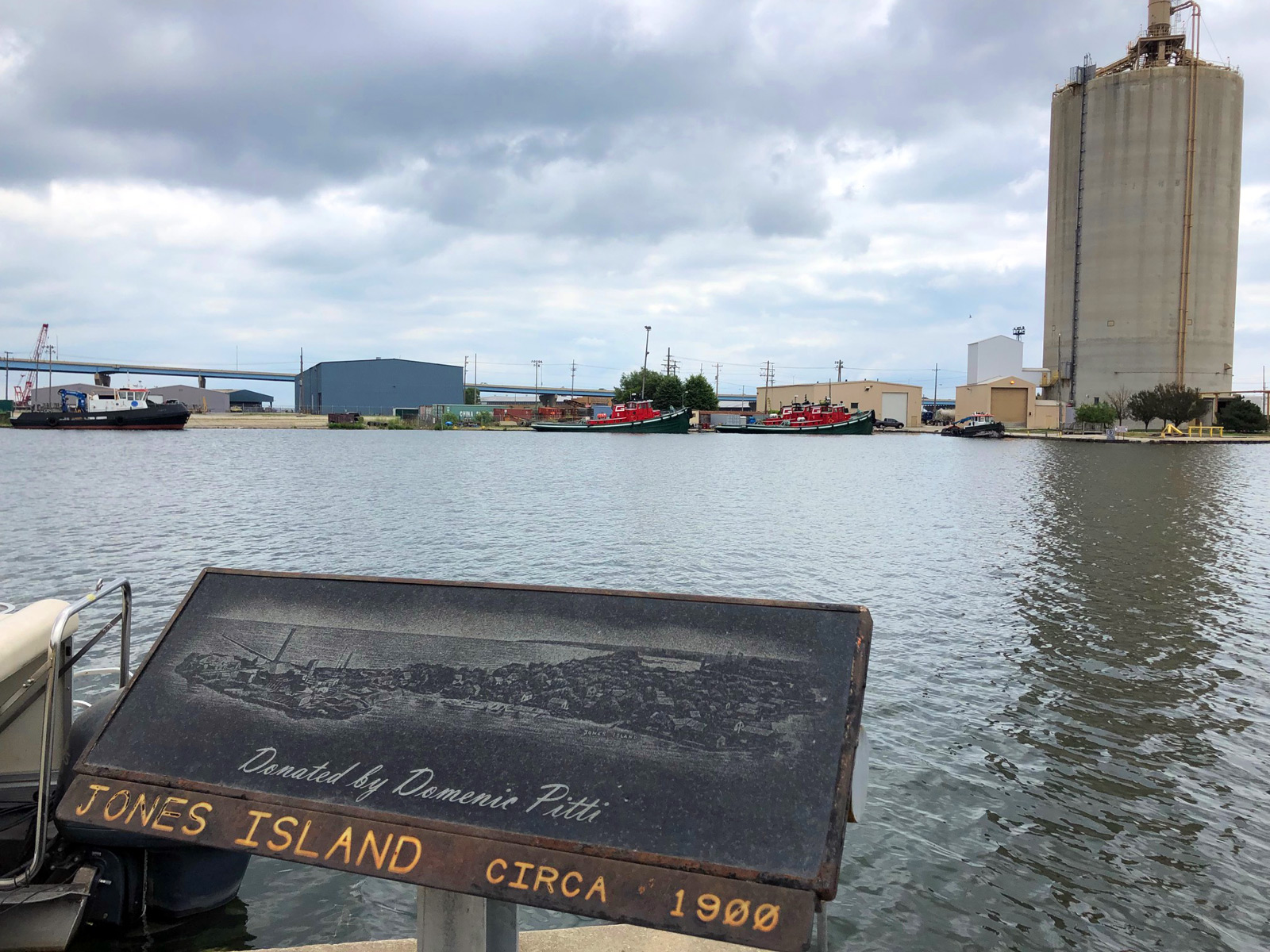