On Tuesday morning, when a group of dignitaries pokes shovels into the earth to kick off construction of the new Milwaukee Urban Stables along the Kinnickinnic River on the South Side, it is breaking ground in more than just a literal sense.

On Tuesday morning, when a group of dignitaries pokes shovels into the earth to kick off construction of the new Milwaukee Urban Stables along the Kinnickinnic River on the South Side, it is breaking ground in more than just a literal sense.

The $5.65 million, 27,000-square foot facility on a four-acre – designed by  Uihlein-Wilson/Ramlow-Stein Architects – site adjacent to the KK River Trail, at 143 E. Lincoln Ave., across the Kinnickinnic River from Baran Park, is a unique collaboration between diverse organizations whose missions overlap.

"The MKE Urban Stables is the result of an exceptional partnership. Our mounted patrol gets a great new home, and Milwaukee residents get a community focused facility offering equine assisted therapy," said Milwaukee Mayor Tom Barrett in advance of the groundbreaking.

"This is also a story of renewal, as this former manufacturing site is converted into a new and valuable development." 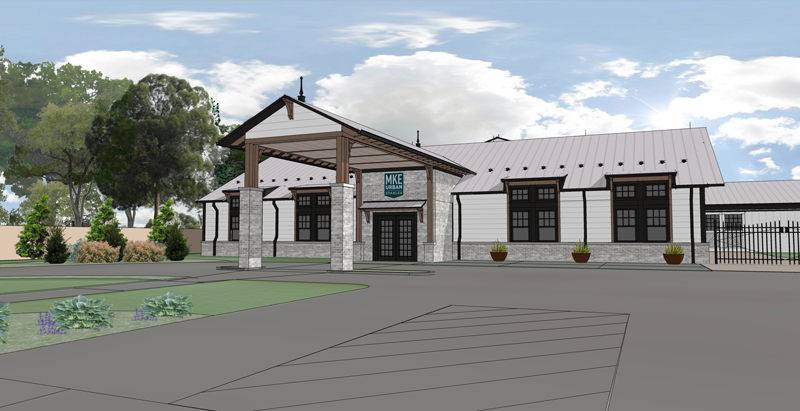 The complex, which will house about two dozen horses and include riding and viewing areas, classrooms, a multipurpose community room and parking, will be shared by the Milwaukee Police Department’s Mounted Patrol, and equine therapy and education programs at Milwaukee VA Medical Center and Milwaukee Public Schools.

"It is indeed a unique partnership, and it came to be, beginning several years ago when the Downtown business improvement district led by Beth Weirick was working with the Milwaukee Police Department mounted patrol on trying to identify a permanent site for its horses," says Kent Lovern, Chief Deputy District Attorney and MKE Urban Stables board president.

"During the course of those conversations, members of the mounted patrol themselves indicated that while they needed a permanent home for their horses, if the city was embarking on something like this, we really ought to expand it to include horses for equine therapy, as well." 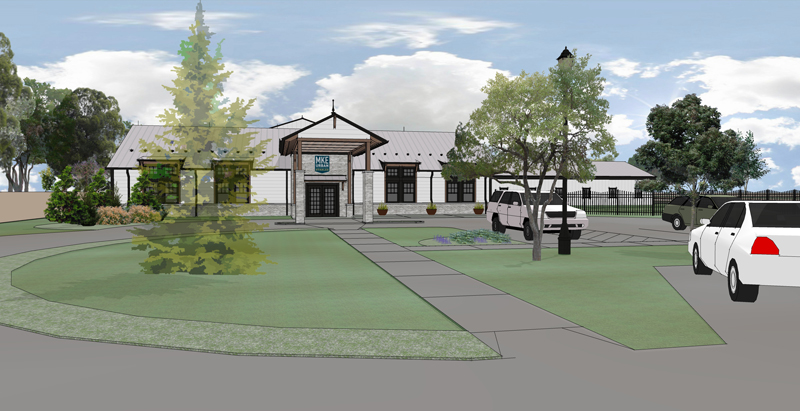 Lovern says that some of the MPD’s mounted patrol officers already donate their skills during their off hours by volunteering at area equine therapy centers.

"I think they had that perspective because of the number of kids they serve, who they know suffer from trauma," he says.

This crossover experience also helped smooth the collaboration, he adds.

"It's actually been exciting to learn about some of the partnerships that exist already, because you have some overlap between police officers, many of whom are veterans, and the Veterans Administration, which has engaged in equine therapy for its members for many years," says Lovern.

According to Lovern, the VA has been traveling to Illinois for its equine therapy in recent years. Because of that, he says, the program was eager to have a local site for its program. 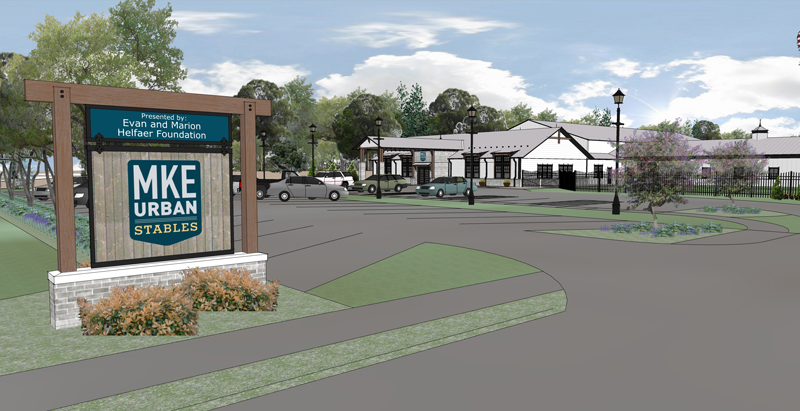 "We reached out to the Milwaukee Public Schools, as well as other organizations that serve youth and MPS responded with Hamilton High School," Lovern says. "It's a good pilot school because it's one of the largest in the system and it also has the largest population of students with special needs in the entire state. Clearly there's a need to use this center for therapy.

"The other unique piece of the partnership with Hamilton, is that they have a Junior ROTC program, which already has been working with the VA. So some of these partnerships were naturally occurring already outside the context of the stables project and so it's made for a really good synergy of partnership throughout the development of this project."

Lovern says that while Hamilton High is the pilot school for the program, the expectation is that students from other schools will also have access to the Milwaukee Urban Stables’ programming.

"I would say at least one school will have a presence there every day," says Lovern. "What we'll see, ultimately, I think, is the expansion of the availability of this center.

Milwaukee Urban Stables is also working with Safe & Sound to develop a program to enhance police-community relations by hosting community meetings and events at the facility.

"There will also be a number of volunteer opportunities for young peopleat the stables once the operations is up and fully running," he says.

The project will cost about $5.6 million and is being built on land provided by the City of Milwaukee’s Redevelopment Authority. But most of the funding, says Lovern, is coming from private sources.

"Approximately 95 percent of that has been raised now, or pledged, and I would say that the majority of that, about 80 percent, is through private pledges and contributions. There is a contribution from the City, of course, for the portion that the Milwaukee Police Department will be using. But the majority of it is privately funded.

"We've had a couple of very significant private donor gifts and from there it's just continued to build momentum."

The stables are adjacent to the Harbor District, which has a number of projects underway or planned for a large tract of land along the river. That urban location is key to the project, says Lovern.

"There are over 850 equine therapy centers around the United States and the vast majority of them are located in rural areas, for reasons we can understand," he says. "And so just the fact that this program is going to be located within the city and near the central part of the city, providing access from a lot of neighborhoods, is certainly very unique in of itself."

So, does Lovern expect other cities to come calling, seeking information on this kind of unusual project?

"Once the concept has proven to be the success we foresee it will be, perhaps other communities will take notice. We have a lot of work to do between now and then."

The facility is expected to open early next year.