In 2018 we roared through the back-of-house spaces at the Harley-Davidson Museum, 400 W. Canal St., in the Menomonee Valley and spied all kinds of treasures, including flat files and rolls of blueprints from the company’s buildings over the years.

Many of those drawings – often by landmark Milwaukee architect Alexander Eschweiler – traced the story of the company’s birthplace and headquarters on West Juneau Avenue, which we then also went to explore in-depth. 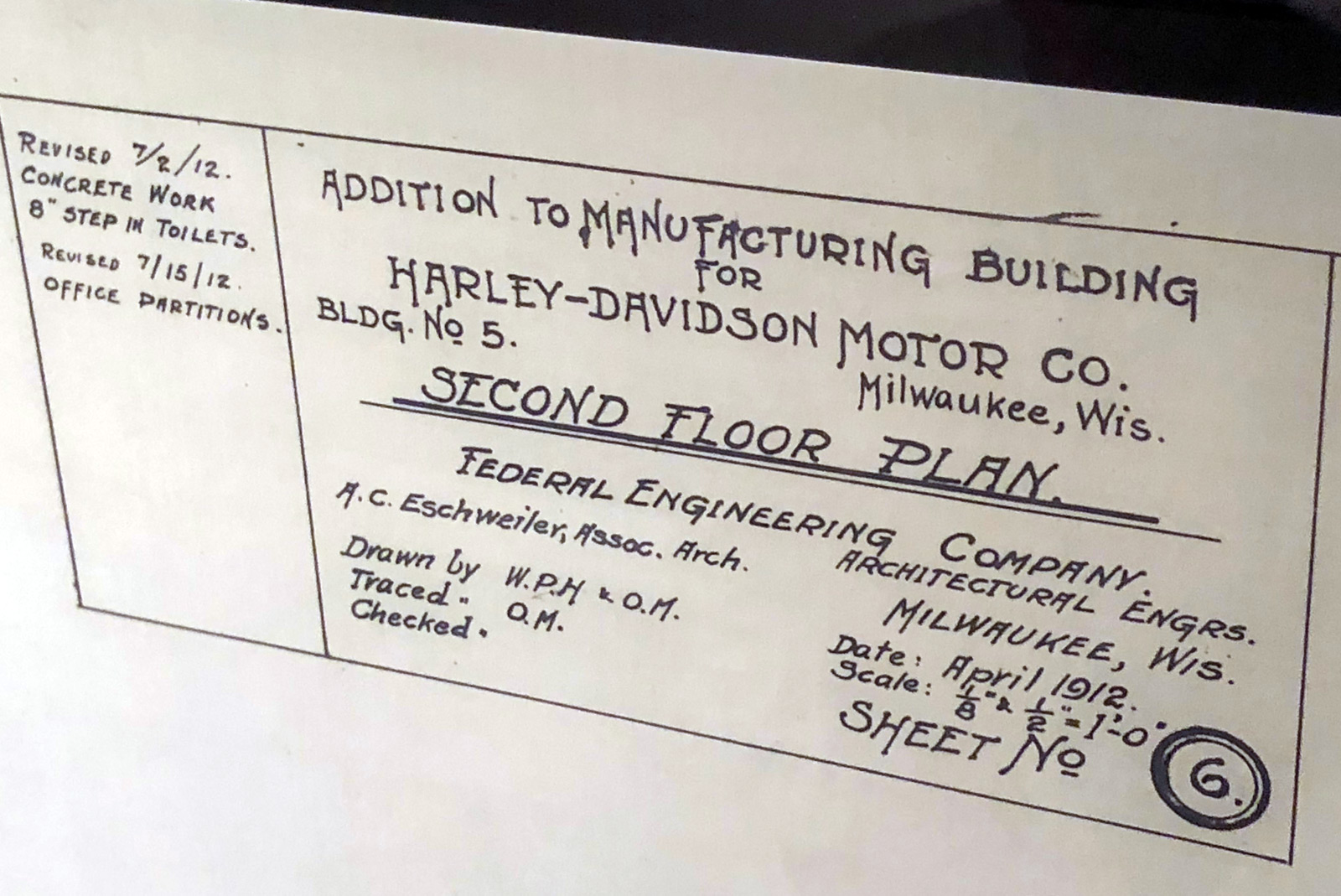 Now, you, too, can see many of these original architectural drawings, along with some great vintage photographs, in the new H-D Museum exhibit, "Building a Milwaukee Icon: Harley-Davidson’s Juneau Avenue Factory," which opened recently and runs through Sept. 6, 2020.

They come from what H-D Museum staffers call a "recently recovered cache," but that might give you a mistaken impression.

The museum, as I noted in the article I wrote after going behind the scenes there, is packed full of documentation dating to the earliest days of Harley, because the company has always carefully maintained and archived its doings. Its archive is surely one of the most complete – and compelling – of any major company in Milwaukee. 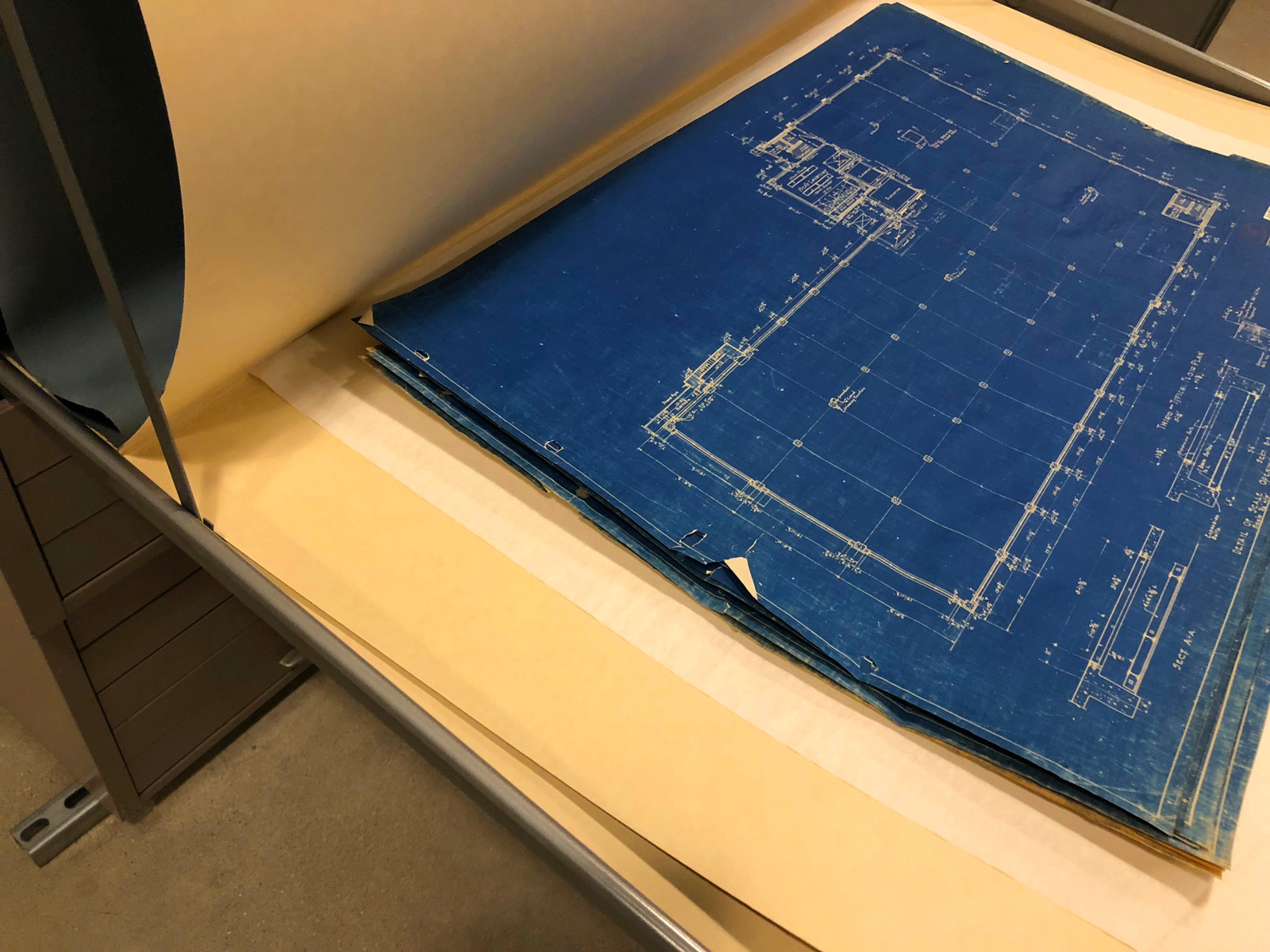 "We now have a catalog of over 1,300 of the drawings," says Jim Fricke, the museum's curatorial director. "And there’s more." 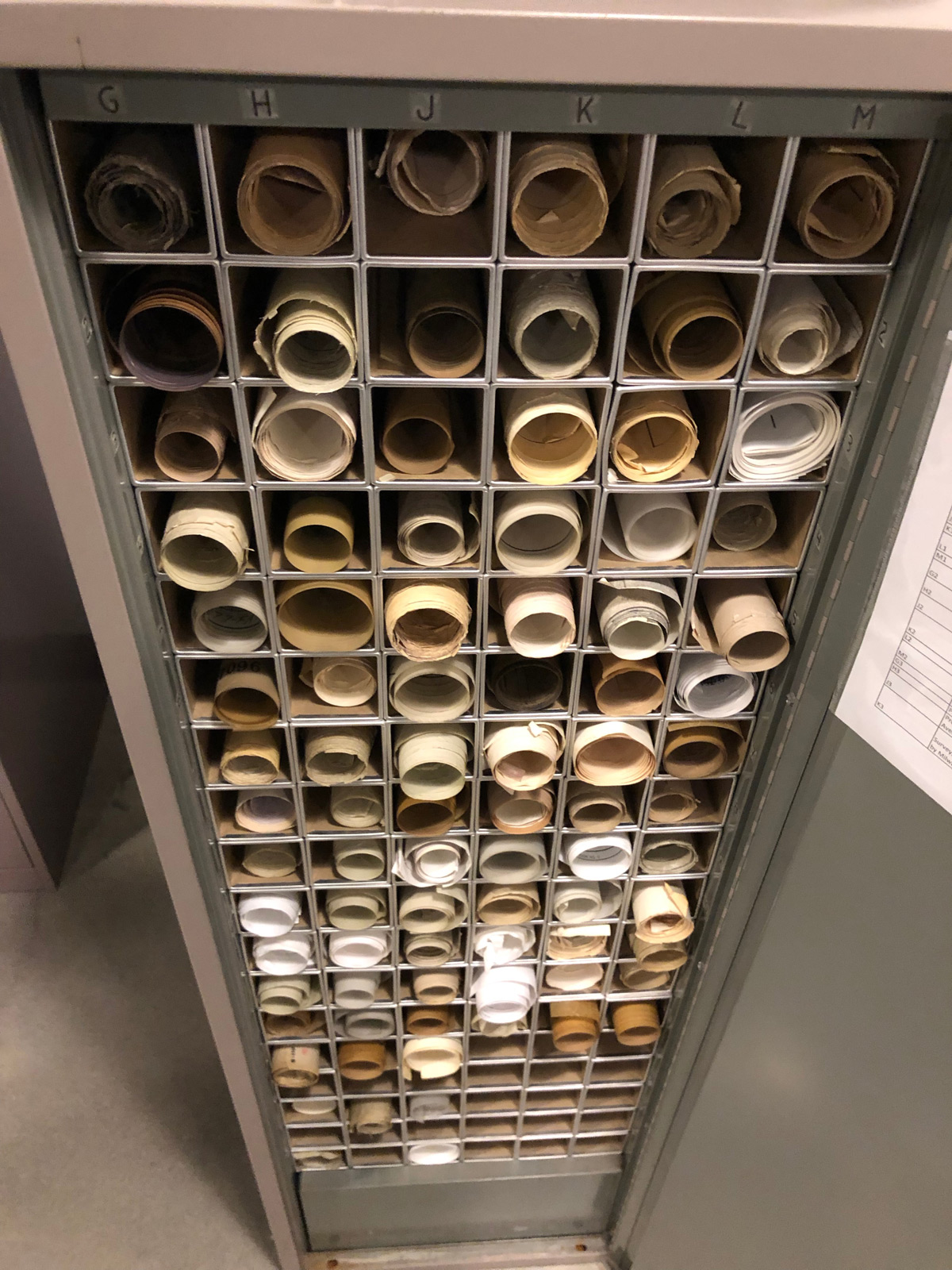 As I wrote after taking a tour of the sprawling Harley HQ on the West Side, the Juneau Avenue site is a perfect visual representation of the company's amazingly rapid ascent from making a few bikes in a shed across Highland Avenue in 1903 to an impressive factory campus with numerous multi-story buildings that was cranking out more than 12,000 motorcycles annually just a decade later.

The drawings and photographs in the new exhibition testify to this growth.

Not only do they speak to the explosive popularity of motorcycles in the earliest decades of the 20th century, but to the burgeoning passion for Harleys, in particular.

Harley helped fuel that growth by maintaining regular contact with its dealers, who could be energized by the ongoing developments at the factory.

"We hired a photographer in 1911 and we had this monthly publication that was going out to dealers," Fricke explains, noting that the company even built an on-site darkroom, which can be seen in drawings and photographs in the show.

"They believed that our dealers were interested in what was happening, and so there's these monthly installments, literally saying, ‘look at this photo, last month we showed you this one, now that whole building is completed and we've started on another one a mere a month later.’"

From the perspective of fans of history and architecture, it’s especially fun to be able to compare the drawings in the show with one another to see the changes, but also with the photographs, which add dimension to what is drawn on the blueprints.

The show is part of the #MilwaukeeMade series of exhibitions currently on view around town, including the "Magnificent Machines of Milwaukee" at the Grohmann Museum on the Milwaukee School of Engineering campus, and "Portrait of Milwaukee," at the Milwaukee Art Museum.

The Harley Museum has contributed objects and photographs to those shows, as well. 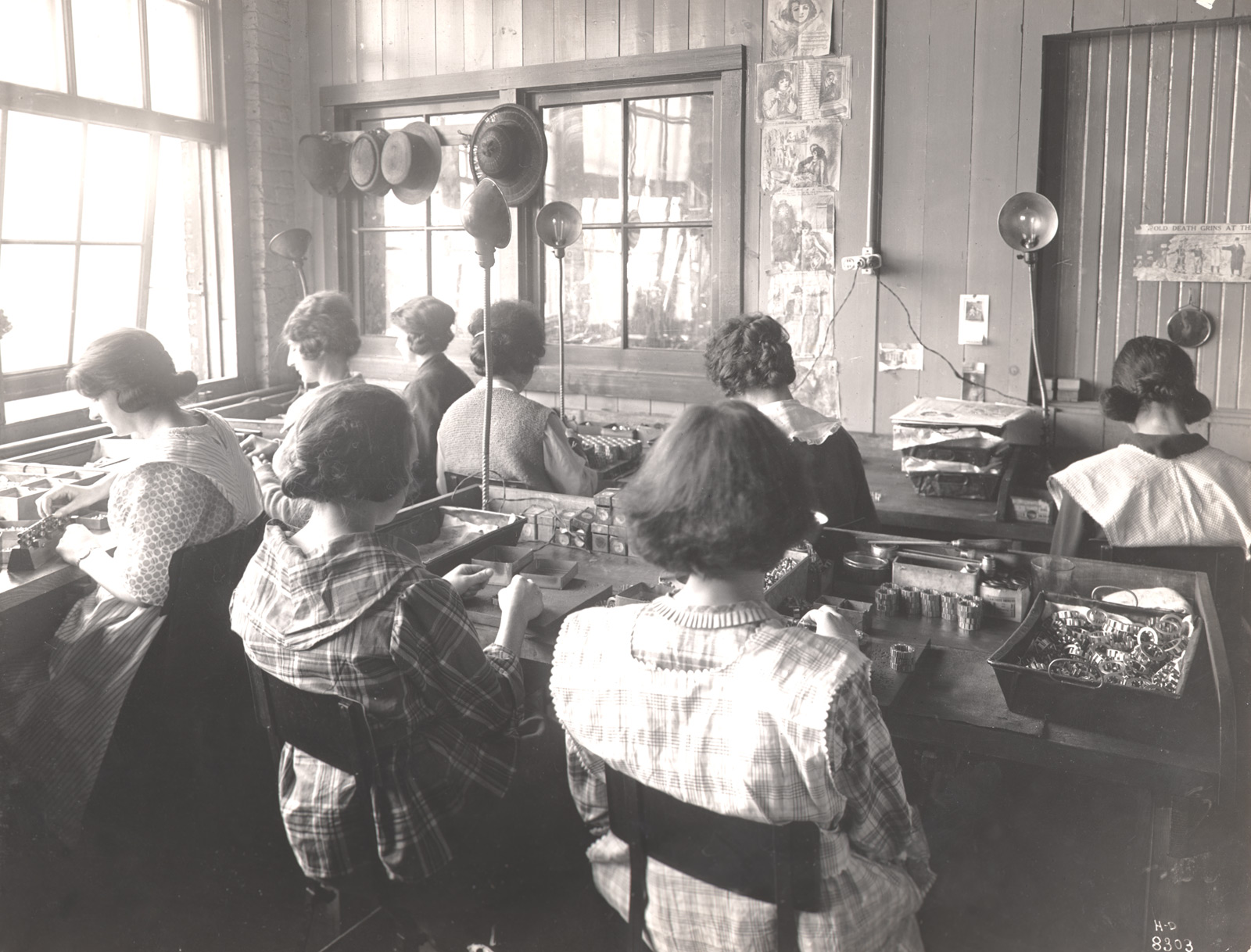 Another #MilwaukeeMade show is UWM Union Art Gallery’s, "MKE Generations," which had a brief run that ended on Sept. 13.

The series is the result of a collaboration among area institutions that also led to last year’s debut Milwaukee Museum Week, which will return again this year.

"This kind of started a couple of years ago with Dennis Kois, who was director at the Milwaukee Public Museum," recalls Fricke.

"When Dennis came to town, I had met with him a couple times and he said, ‘You know, it's really strange. There's so many museums in the city and it doesn't seem like we talk to one another.’ So he instigated this thing to try to get all of the directors of the museums together once a quarter.

"We started doing that and the idea for the Milwaukee Museum Week came out of that."

Fricke says that this show was in the works already when the collaborations with the Grohmann and Milwaukee Art Museums sprouted.

"We were going to do it," he says, "but It was going to be probably more like between Halloween and Thanksgiving or something, because summer's a little busy for us.

"(Those shows opening) was a pretty heavy nudge. We thought it would be silly not to try to accelerate our effort and try to all have this celebration of Milwaukee happen all at once."