Earlier this month, when Jeanne Margaret Henderson passed away at the age of 94, Milwaukee lost not only one of its premier harp players, but also a tireless advocate for music education in public schools.

Earlier this month, when Jeanne Margaret Henderson passed away at the age of 94, Milwaukee lost not only one of its premier harp players, but also a tireless advocate for music education in public schools.

Henderson, who was born Jeanne Bergeim in 1922, died on Feb. 12. The funeral was held on Wednesday.

"For a woman born in 1922, she was miles ahead of the wave of feminism that would come during her daughter and granddaughter’s time," says her granddaughter Tracy Henderson.

"She headed to NY at 18, with not a fear in her head, then dyed that head (of hair) blonde and headed across the U.S., into Central and South America with her crazy harp quartet, and, when she did come home, changed the face of city."

After attending the prestigious Juilliard School of Music in New York City, Tracy says her grandmother had an amazingly varied career as a musician. She played with Latin legend Tito Puente, and that "crazy harp quartet" that wended its way around the globe featured – wait for it – a contortionist. Clearly, Jeanne Henderson was not one to be bound by the rules.

Here in Milwaukee she performed "The Nutcracker" with the Milwaukee Ballet and played with the Milwaukee Symphony Orchestra. She also entertained diners at The English Room in The Pfister Hotel and The Immigrant Restaurant at The American Club in Kohler. 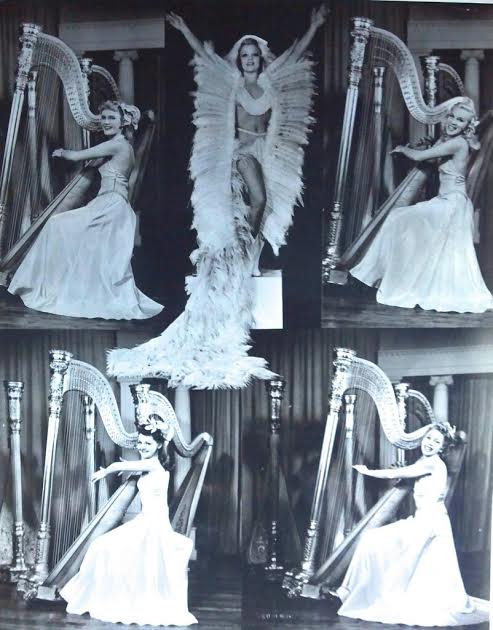 "If you listened to harp music at a wedding from 1960 to 2010, you also probably heard her performance," says Tracy Henderson, adding that Jeanne continued to give harp lessons until she was 90 years old. Despite the fact that Pat McCurdy’s mom was Jeanne’s best friend, the singer/songwriter did not study with Jeanne. His loss.

Perhaps most importantly, and most far-reaching, was Jeanne’s work in Milwaukee Public Schools, where she created the largest public high school harp program in the country in its day.

For a quarter of a century Henderson traveled among all MPS high schools sharing her love of and skills on the harp with Milwaukee’s young people.

For that, we owe her all a deep debt of gratitude.