One of the city's oldest grocery stores, a true neighborhood landmark for generations, stretching all the way back to 1913, has gotten in on the concept of opening a bar - and, most importantly, gotten it totally right.

You can get just about anything at a grocery store these days – and that includes a buzz.

In addition to the expected aisles of food and drink, several of Milwaukee’s new grocery stores come with sit-down bars in case you get parched from all the perusing – from "The Tap" at Metro Market locations to Whole Foods’ locations in Tosa and the East Side, the latter of which features 20 taps and even video games to add to the social tavern atmosphere. The grocery store bar trend isn’t just for the shiny new arrivals and Amazon-funded chains, though. Even one of the city’s oldest grocery stores, a true neighborhood landmark for generations, stretching all the way back to 1913, has gotten in on the concept – and, most importantly, gotten it totally right. 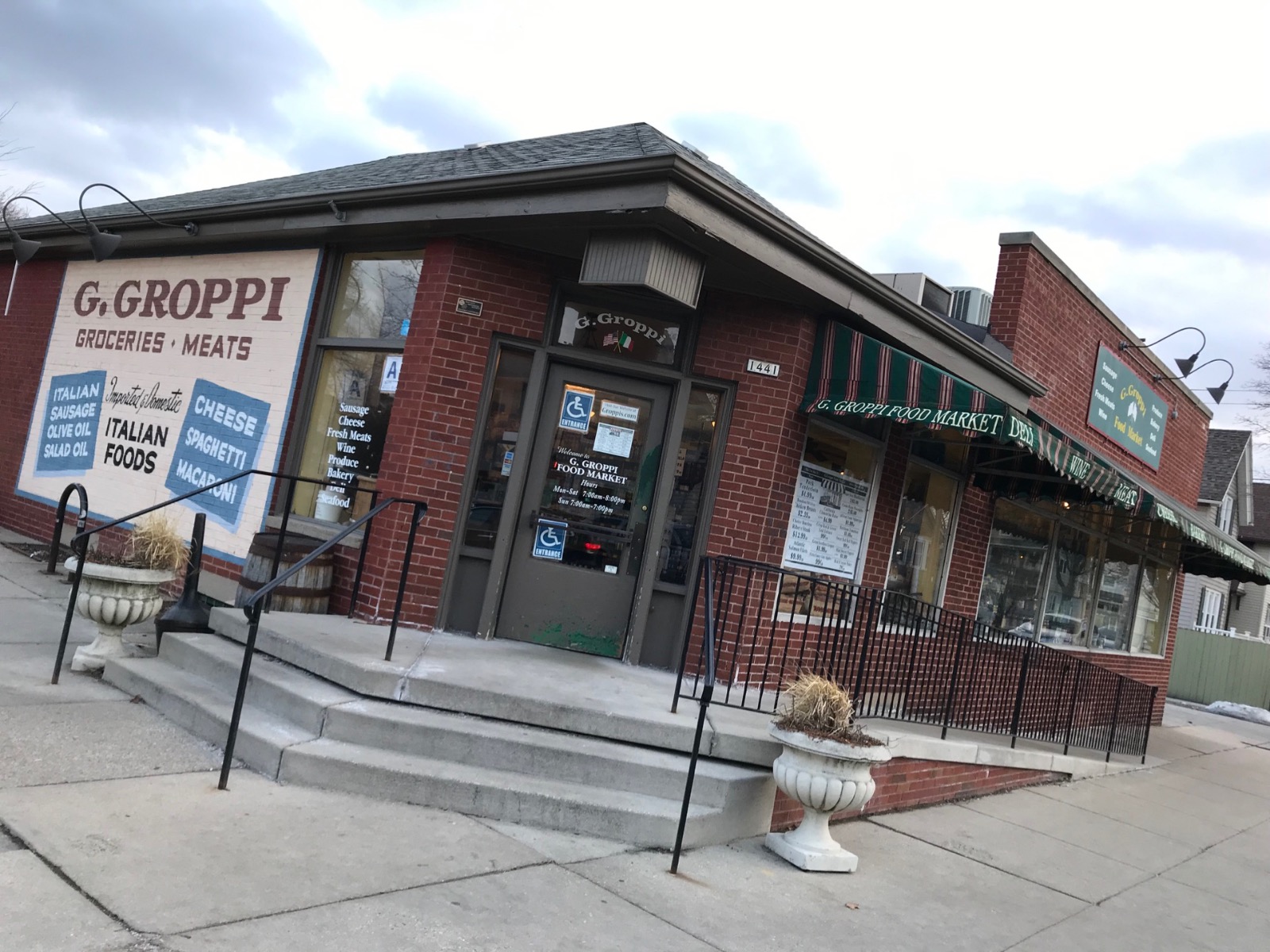 Tucked away by the meat counter at Bay View’s beloved G. Groppi Food Market sits Louie’s Coop, an adorable and friendly neighborhood space offering an oasis – and, of course, tasty refreshments – from wandering the aisles for the week’s dinner plans, as well as cozy charm and personality that make it not merely a winning grocery store bar, but a winning bar, full stop.

"We just wanted it to be out of the way enough that people could still walk through but still have that hole-in-the-wall feel, that people felt comfortable enough to sit down for one or two," said Enjoli Anzalone, a former Groppi’s employee and current Coop regular who helped develop the bar concept with owner John Nehring back at the beginning of the last decade. "I wanted beer in growlers – because we could; we had the license to do it – and John was like, ‘Well, let’s put a whole bar in here.’"

The space, prior to becoming a bar and butcher counter, used to be the spot of original owner Louie Groppi’s garage, but in 2011, Nehring – who bought the landmark from Groppi in 2003 – expanded the grocery store. (A beam above the bar demarcates the building’s former cutoff point.) And Louie’s Coop was a part of that expansion, opening in 2011, its name serving as the perfect tribute to its former owner along with his winged tenants.

"He used to have his racing pigeons – racing pigeons was huge in the Italian community – on the garage where this extension was built," explained Cass Gleisner, the beverage and bar manager at Groppi’s as well as a five-year vet behind the bar at Louie’s Coop.

One might think the Brew City community would take easily to the idea of a one-stop sip-and-shop grocery store bar, but Anzalone admits that it took a bit for some customers to fully grasp the concept.

"People were shocked by it," she noted. "In the beginning, they were almost too scared to sit down because it was such a new concept. They didn’t know if they should sit down and drink at a grocery store, so they would walk around with it – which is not convenient at all because the carts don’t have cup holders."

Even today, Gleisner says that she gets customers coming around the corner of the deli with surprised and confused faces upon seeing a bar – complete with taps, a proper bar top and a bartender – next to the expected grocery aisles and shelves.

"They don’t think they’re allowed back here in this part," she joked. "I had a guy come in and be like, ‘I’ve been coming here for two years, and I didn’t know this was back here.’" 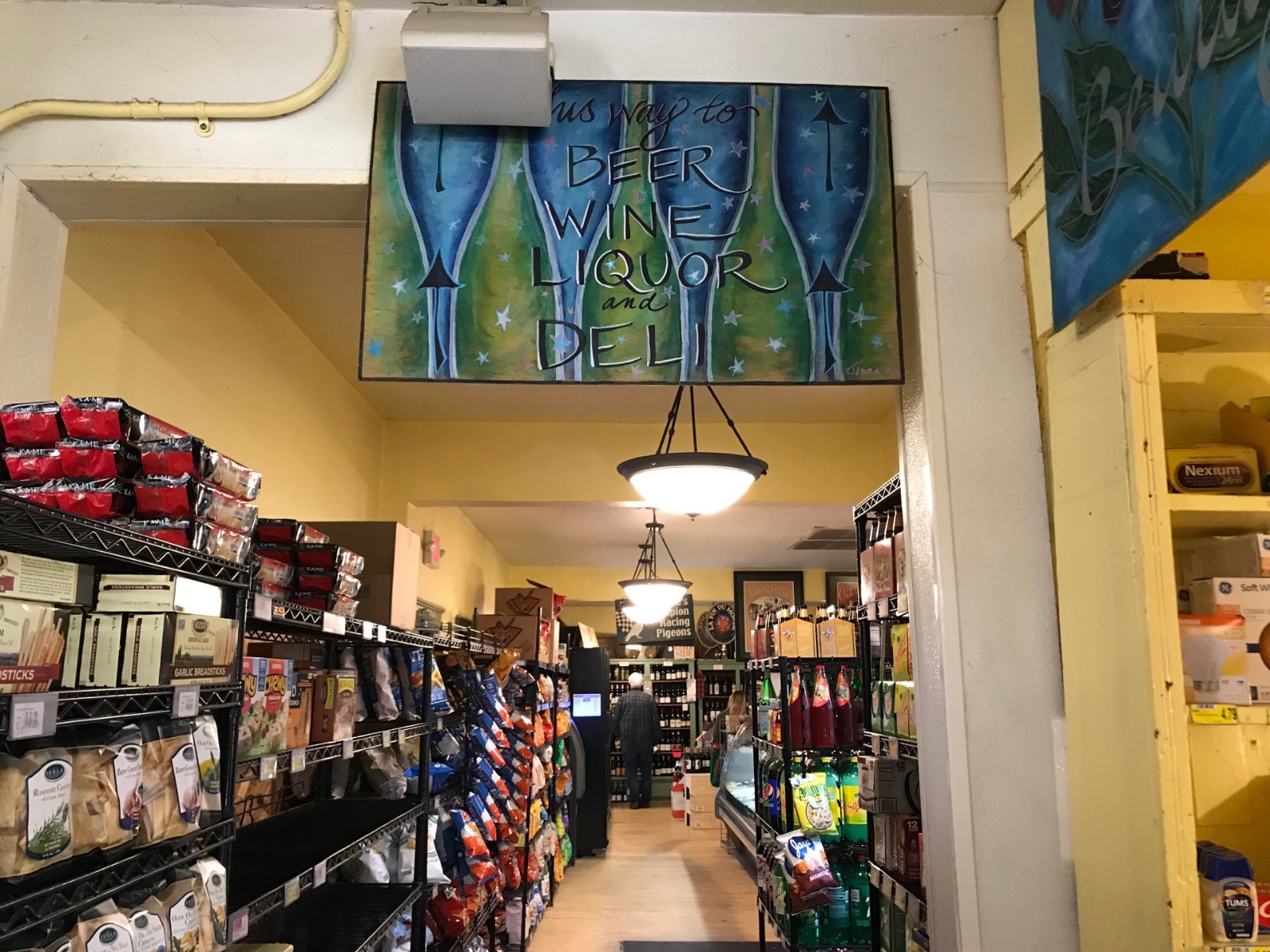 Over the years, however, that customer is growingly the minority as Louie’s Coop has developed a reputation as a comfortable neighborhood hub and watering hole – complete with regulars. Part of that credit goes to the bar’s drink selection, which goes well beyond a grocery store bar gimmick thanks to a unique selection of thought-out taps from craft brewers and unusual picks like prosecco on tap to go with familiar beers, cocktails and mixed drinks.

"At the time, I wanted to be the first stop before people went to Discount (Liquor)," Anzalone noted, flashing back to the bar’s origins. "I knew we were really small, so we were really trying to build our selection of craft beers as much as possible. I really wanted sour beers on tap and stuff that you couldn’t find at other places. That was really the only inspiration: What’s the weirdest stuff you’ve got?"

"I try to have a little bit of everything for the taps," Gleisner said of the bar’s current beverage program. "I usually have an IPA and a double IPA, something lighter, something fruit-forward or a sour. I usually do (the prosecco) for New Year’s and Valentine’s Day. I switch them out; I like to constantly have different things, kicking one out to do something else."

If that sounds like how a real bar works, that’s because, thanks to the efforts of Gleisner and Nehring, Louie’s Coop is indeed a real bar – not merely some half-hearted side project or trend-hopping gimmick. There’s also the added bonus that, if none of the beer taps or drinks are speaking to you, customers are able to grab an individual beer or a bottle of wine (for a $5 corking fee) that intrigues you from Groppi’s alcohol section to sample and swig in the bar’s cozy confines – complete with a menu of panini and pizza made in-house by one of the city’s best grocers. 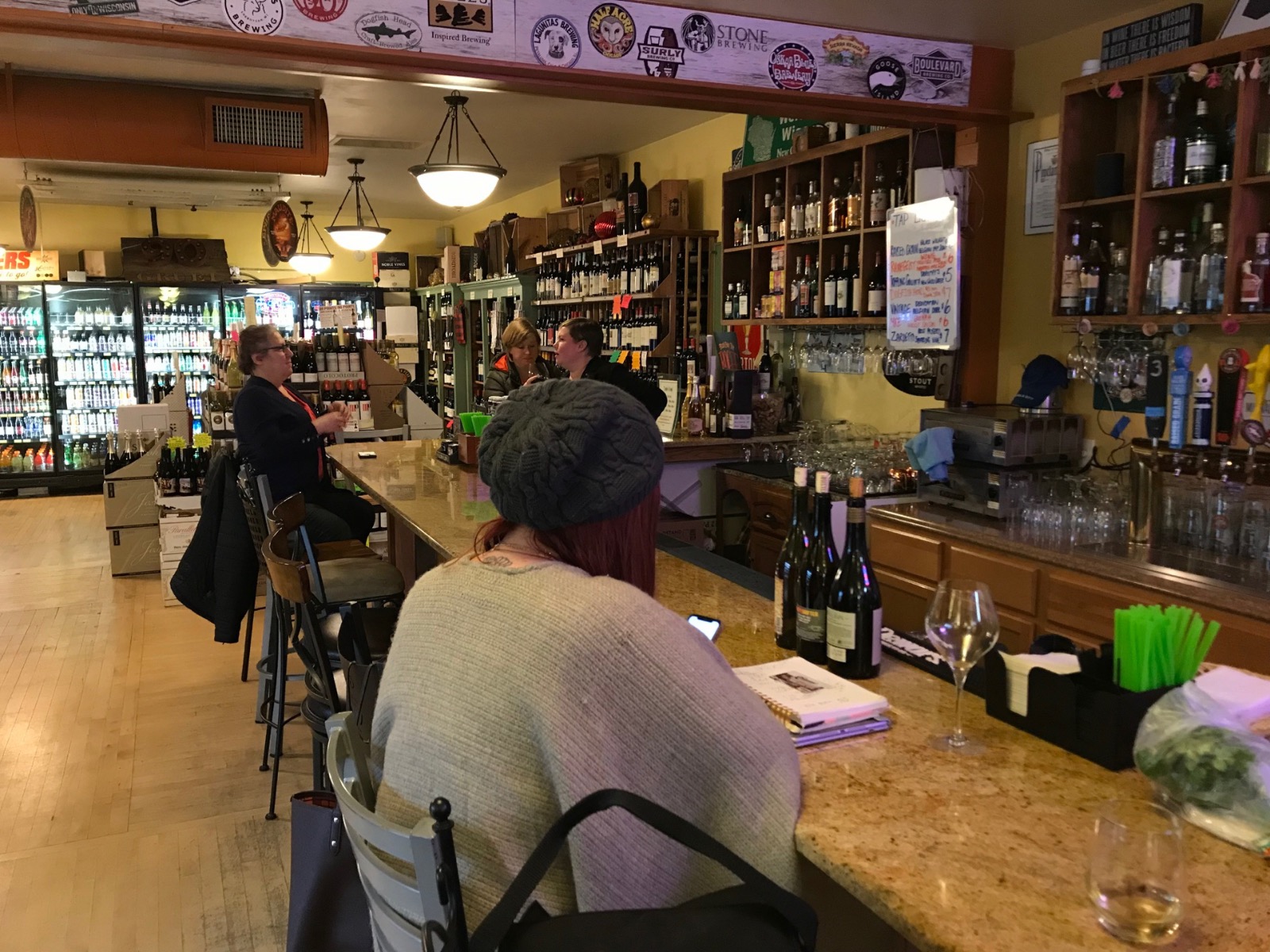 However, when there’s as many options in Milwaukee – and even just in Bay View – to snag a drink, you need more than merely some solid taps. You need atmosphere, you need community and, on some level, you need to feel like home. And even with its limitations – the bar maybe seats 20-30 people maximum, with around eight stools at the warm marble counter and a few tables scattered about – Louie’s Coop has exactly that.

The sound of the grocery store humming around you is muted by Gleisner’s playful music selection – Chaka Khan got my recent visit off on the right foot – or by live music, which Louie’s Coop brings in around twice a month. Then there are the rest of the bar’s events, which range from a wine club to free wine tastings on Fridays from 5-7 p.m. and "beer school," hosted once a month. (This month’s edition, taking place on Sunday, March 18, from 6-8 p.m., features several free samples and special guest Maggie Skinner from The Fermentorium for $15 a person.)

Even without an event fueling things, between the pleasantly conversational staff and the vibe of the patrons stopping by – whether regulars or just people needing a shopping break – Louie’s Coop has a comfortable atmosphere that’s somehow both familiar like your favorite neighborhood dive, everyone chatting about the latest news around the block and the globe, while also utterly unique thanks to its peculiar setting.

"It’s just a little bit more home. It’s just different – which is why I think so many people can sit here for hours at a time," Anzalone noted, adding, "It’s a different crowd. People are just here and they know they’re in a grocery store, so it’s really light and fun. There’s a lot of laughs. Cass plays all the greatest music – all the Whitney Houston and Paula Abdul. It’s not like in a bar where all of a sudden you’re crazy overserved."

"The best thing is the community, mostly. The people who come here are great," Gleisner said. "Everyone is usually just chill. They’re coming in and having a few drinks. Nobody’s drinking to get drunk."

Well … normally. Both Anzalone and Gleisner noted that they’ve definitely witnessed people, on rare occasion, get drunk at Louie’s Coop. But that’s, in a way, the ultimate compliment for such an unconventional bar: being cozy and cool enough that customers feel comfortable drinking away a night with good company, maybe even so much so that they forgot to grab the groceries they came to get in the first place.

"Parents will bring their kids, and they’ll have a kiddie cocktail and there’s coloring books back here for the kiddos. And I’ll tell the parents, ‘It’s a grocery store!’ But then somebody will swear back here, I’ll say, ‘Well, you’re in a bar,’" laughed Gleisner.

That’s Louie’s Coop: the true best of both worlds.