It's likely you've never heard of Hamilton, an historic little hamlet which preceded the existence of Cedarburg, Wisconsin. It's probable that means you've also never been to The Hamilton at Cedar Creek.

Home of the first stage coach stop between Milwaukee and Green Bay, the area was first settled by Irish immigrants in 1847. It was home to the historic Concordia Mill, a tavern run by "Miserly Joe" Gardinier, a general store, two factories which made buggies, wagons and sleighs and a post office. The well-appointed community thrived until about 1870 when The Milwaukee Road bypassed it to the west, creating the (much larger) community of Cedarburg.

Today, the historical district is marked by a small park and historical marker offering a brief history of the area and its name. In the surrounding area, you'll find a scant few historic residences and buildings.

Among them is the Hamilton Turnhalle, a fieldstone structure built in 1867 which served as a meeting place and gymnasium for members of the Turnverein society (also called the Turners). As the years passed, it also served as a shoe factory, a cider mill and a vegetable warehouse. As of our visit this week, the building was for sale.

Just east of the Turnhalle, you'll find another fieldstone building of a similar age. According to information from the Wisconsin Historical Society, it was built in 1861 and was home to both the Henry Hentschel General Store and Leo's Tavern.

Today it's known as The Hamilton at Cedar Creek, 228 Hamilton Rd. 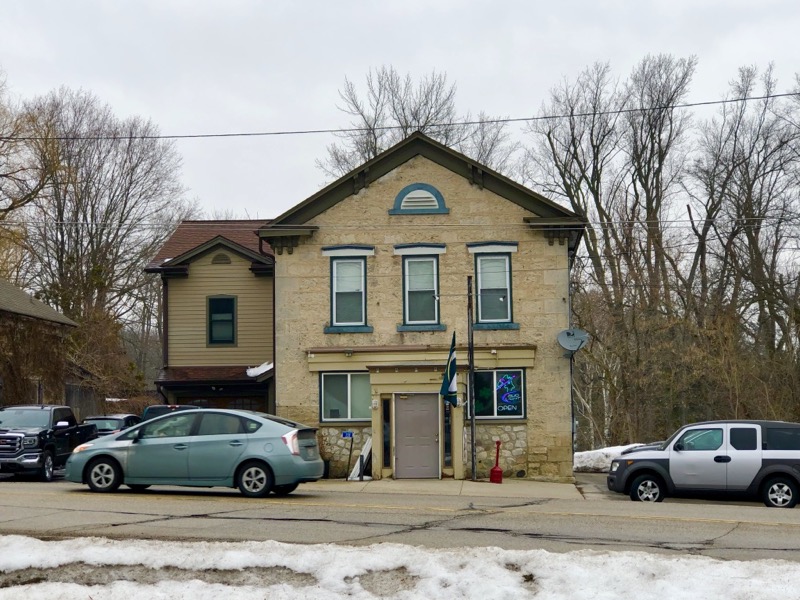 Park your car in the parking lot and walk through the front door and you’ll find yourself inside an old school neighborhood tavern with an extensive mid-century bar, green leatherette bar stools and a string of regulars sipping beer. 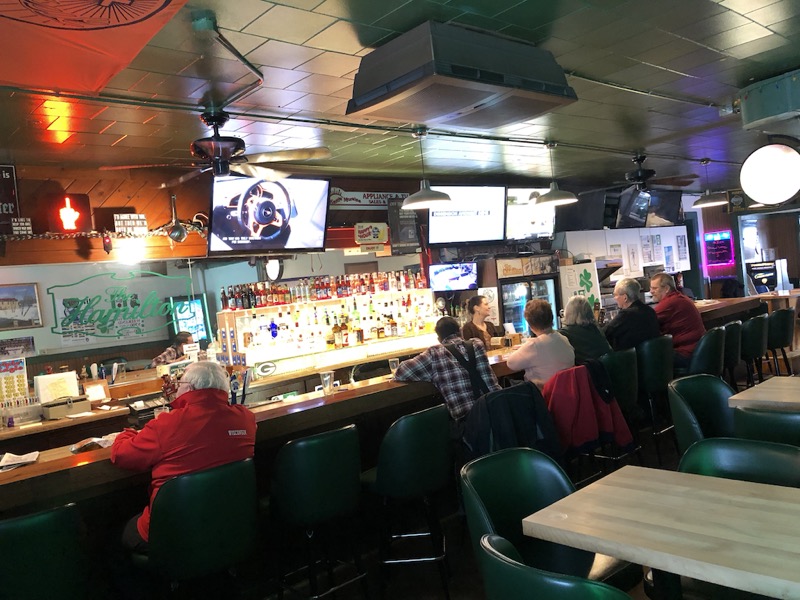 If you take a seat and order a drink, you’ll know exactly why those regulars are there. After all, domestic pints are just $2 all day, every day, with craftier options (from breweries like Lakefront and Surly) for just $3.50; a rail cocktail will set you back around $3. It’s also the sort of spot where, if you ask for a glass of "house wine," the bartender will hand over a mini bottle of Jagermeister and a shot glass. 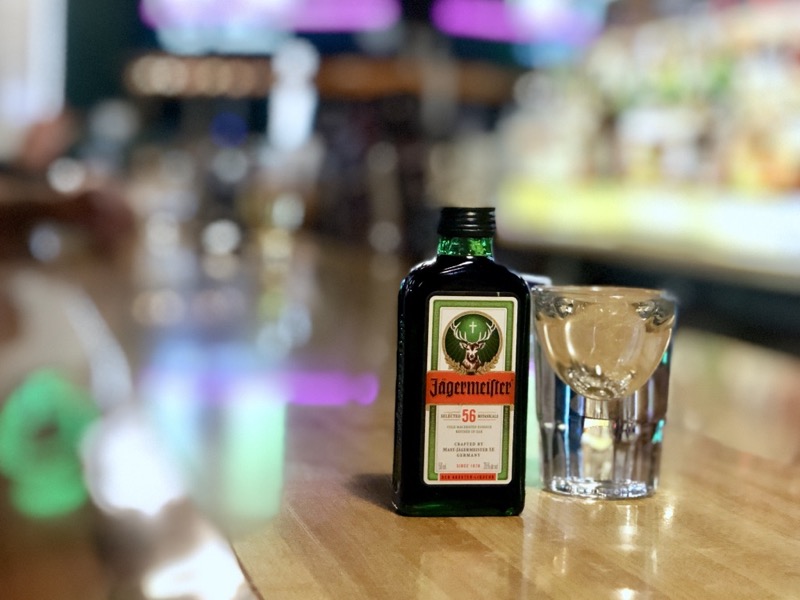 Stop in on any given night and you might find folks playing pool, shooting darts singing karaoke or enjoying live music. If it’s a summer weekend, there could be a Rods & Relics car show going on in the parking lot. And – if you’re open to it – you might even make a couple of new friends. 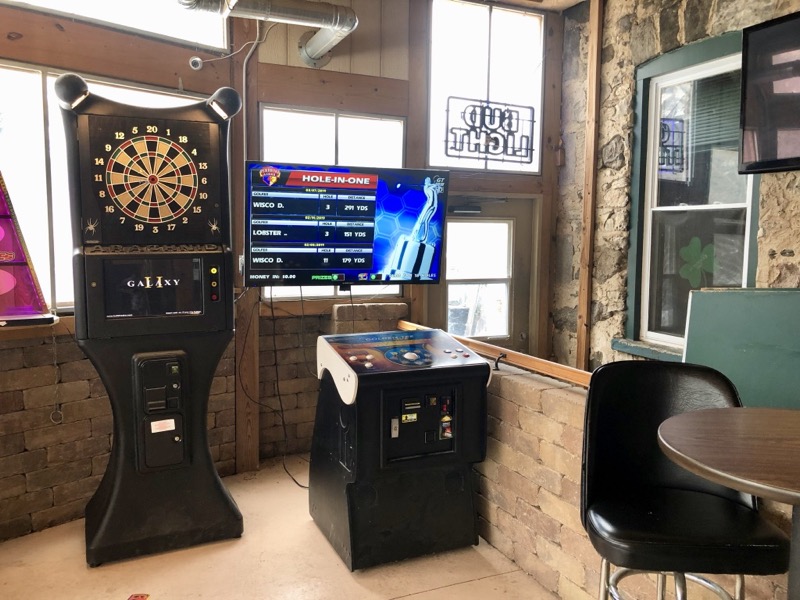 "If you walk in and you’re new, everyone knows," says owner Gary Hetland. "But we’re friendly. And it really only takes a few times before people remember your name."

A general store, a tavern, a biker bar...

Hetland says the history of the building has been passed along to him in bits and pieces over the years.

"Some people say it was a stage coach stop," says Hetland. "But I don't know about that. I do know that, for a time, it doubled as a pharmacy. And I was told that – when there was a mill across the way – farmers would come into town from all over to grind their grain. They’d spend the night here, and they’d bring their horses in through the back [where the bar’s pool table now sits] for feeding and watering."

Sure enough, if you take a look, you can see the outline of the former barn door on the side of the building. 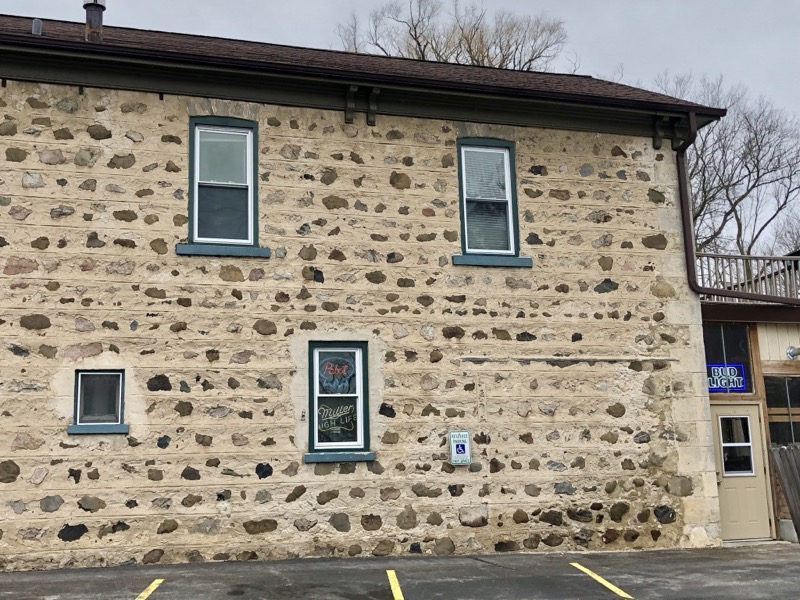 Over the years, the building saw numerous owners. More recently, it was a popular -- and somewhat raucous -- biker bar called The Hamilton House.

"Billy Hall owned it for a bunch of years," says Hetland. "And it was pretty wild. There are stories about folks driving motorcycles straight through the bar when they were all tanked up. For a while, they even had a Harley tied up above the bar."

Hetland, a former electrician, says he purchased the building in 2004 at the behest of his wife Helen, who wanted to run the bar. The two made a variety of updates to the property, adding a four seasons patio and a beautiful outdoor patio overlooking Cedar Creek. 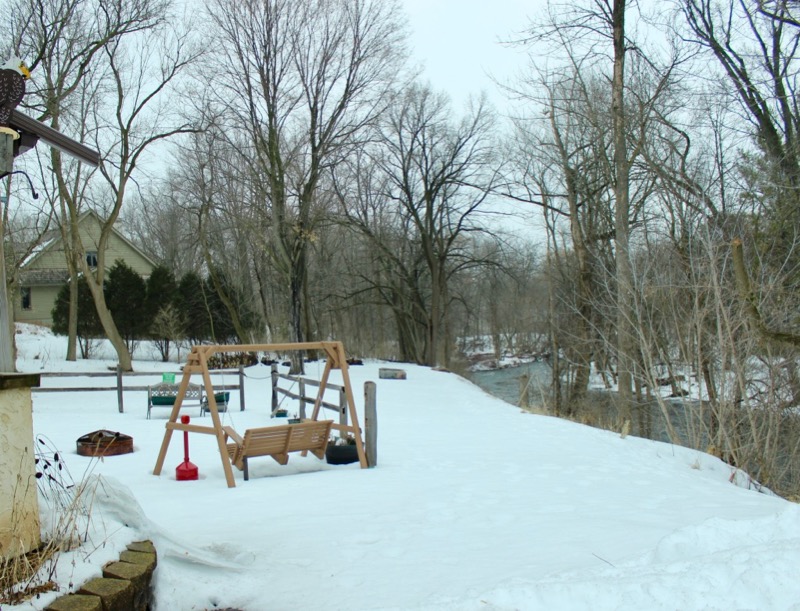 And although Helen passed away a number of years ago, Hetland has continued to run the bar on his own.

"When we opened, I was still working 12 hours a day and then helping out with the bar," he says. "But since I’ve retired I’ve grown to like it. It’s fun. We have a really nice crowd here. And it’s people of all ages."

What the regulars know

These days, Heltand runs the bar with the help of General Manager Lynn Hatleback, who says The Hamilton is really just about giving folks a good time. 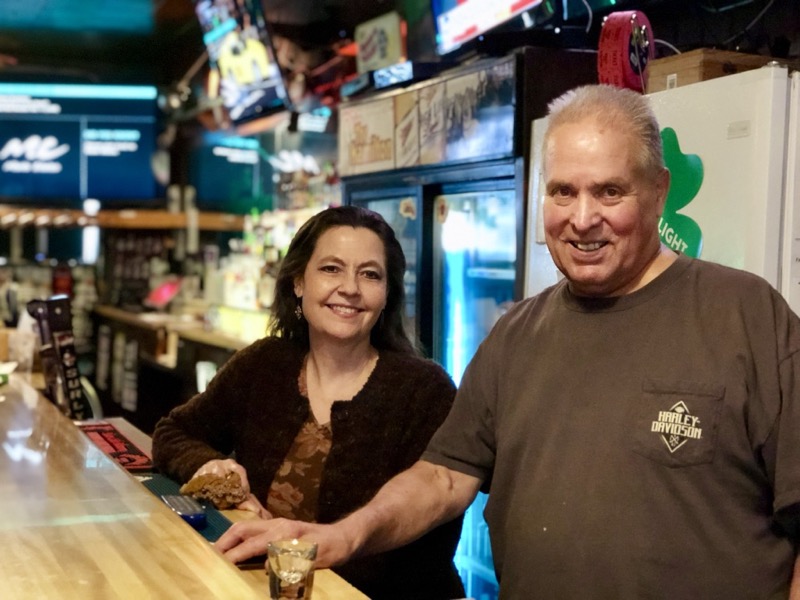 "Some people come to watch football, basketball or baseball games," says Hetland. "And other people come by just to hang out. We’re mainly a beer and a shot bar. We sell a lot of Miller High Life and Budweiser, but there are folks who come in for craft beers, too."

Hatleback says that the bar doesn’t really have a signature drink; but that their $3 peach margaritas are popular with just about everyone. (If a peach margarita sounds good, but you'd prefer to forego the fancy margarita glass, you can ask for a Macho-rita instead). 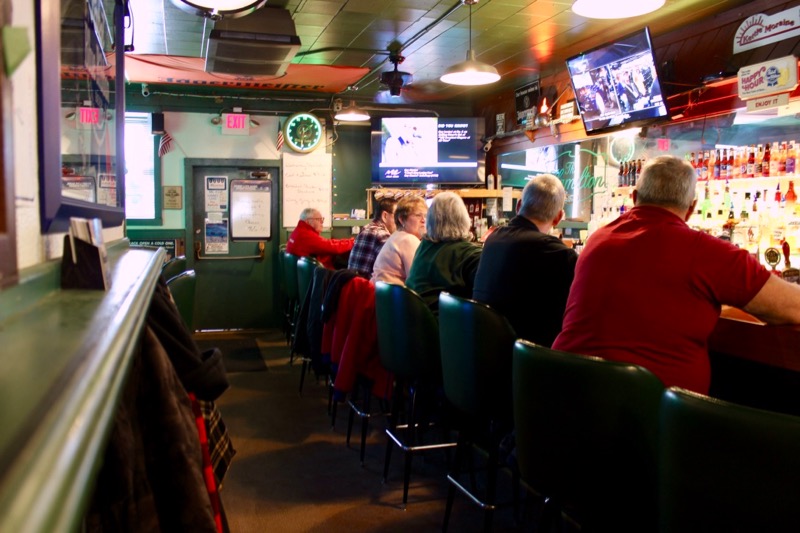 The Hamilton also offers a small menu of basic bar food including sandwiches, appetizers and better-than-average frozen pizzas from LeRoy Meats in Horicon.

"We’re not a sit-down restaurant," says Hatleback. "But we do have really good fun bar food for people who want to stick around for a while."

Regulars know to be patient when they order food (the bartenders are also the cooks, so there are moments when they’ve got a lot on their plates); They also know that, if you get on Lynn’s nerves, she’s likely to reach for her remote control to light up the "finger gesture sign" that Luke Racine made for her out of an old traffic sign. And when she does, it’s likely to incite peals of laughter across the bar. 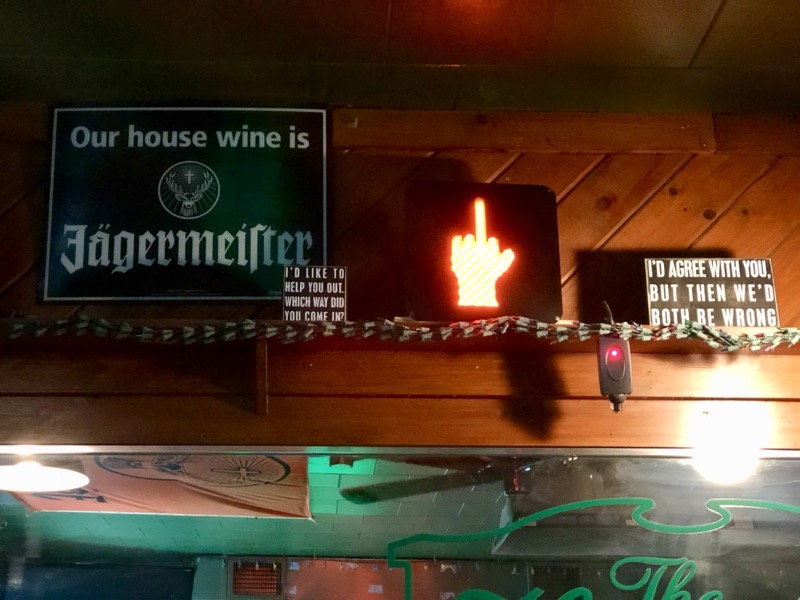 Regulars also know that the bar’s patio – which overlooks picturesque Cedar Creek – is the place to be during the summer months. In fact, Hatleback says, the patio has grown to be so popular that there are plans to expand it beginning this summer.

"Every day is a fun day here," says Hatleback. "And this is a place for everyone, especially in the summertime."