Few have embraced the challenge of these current times like The Highbury Pub - from turning into a beer store to giving supporters "golden tickets" for enjoying soccer matches and, now, painting a mural in honor of a great local icon and his even greater mission.

Everyone has been forced to adapt during this COVID-stricken "new normal." Few, however, have embraced the challenge of staying active and relevant while also keeping healthy and safe as much as The Highbury Pub – from turning into a beer store (which, as a heads up, has closed its walk-up window in favor of exclusively curbside pickups and contact-free deliveries) to giving supporters "golden tickets" for safe private soccer match viewings and, now, painting a mural in honor of a great local icon and his even greater mission.

As first reported by Milwaukee Record, the Bay View pub – located at 2322 S. Kinnickinnic Ave. – will be the home of a new mural on its second-floor exterior featuring Bucks star Giannis Antetokounmpo and others in "I Can't Breathe" t-shirts during the recent Black Lives Matter marches, with the word "Respect" painted next to them. 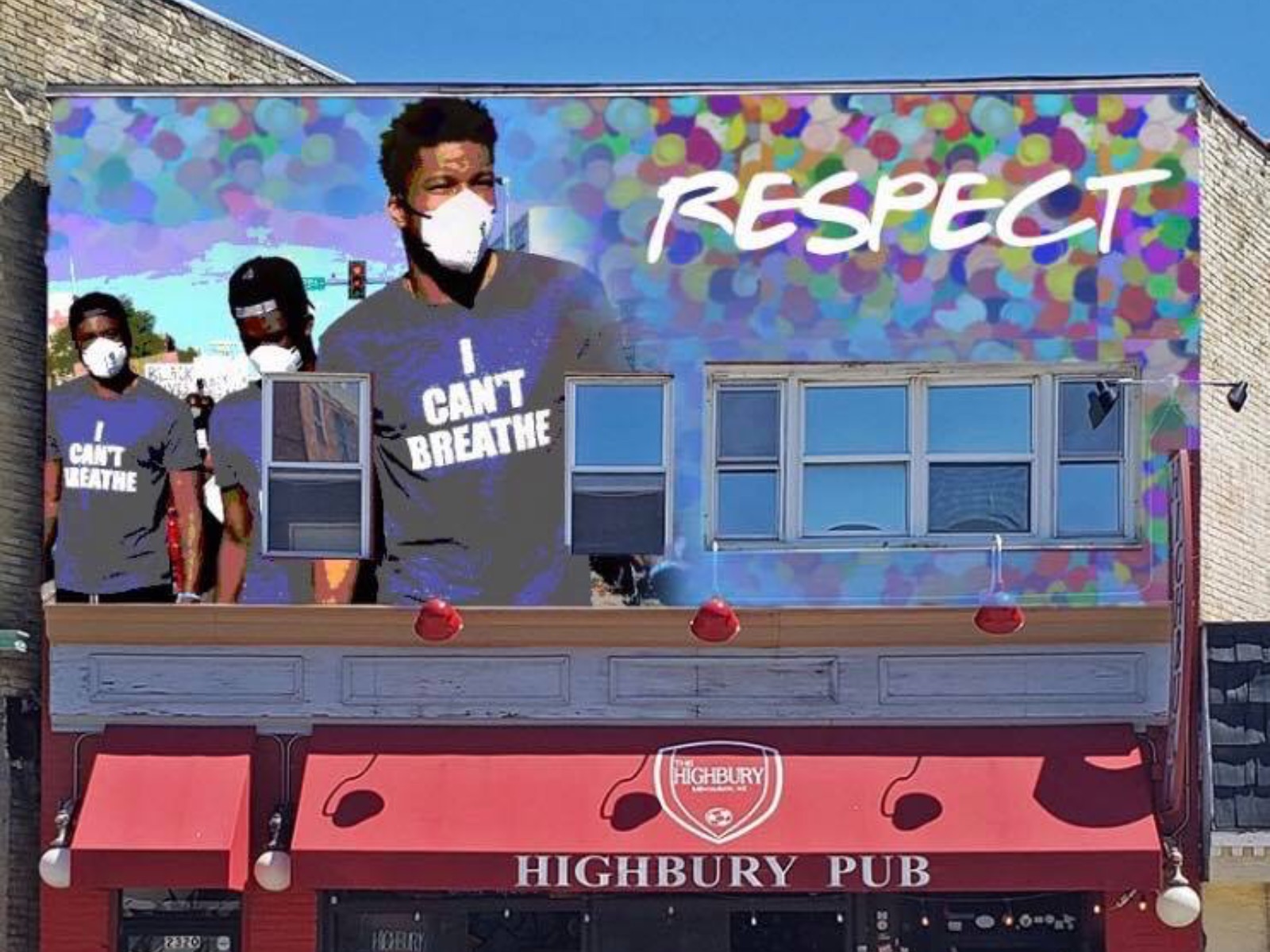 The public art piece was designed by Jeff Redmon and will be painted by Ruben Alcantar, who also recently worked with fellow local artist Chris Burke on a mural of Breonna Taylor on the corner of Holton and Locust Streets on the border of the Riverwest and Harambee. In a post announcing the mural on Facebook and Twitter, the Highbury called the artwork "a reminder for when the the media moves on" as well as a tribute of respect to the Antetokounmpo family.

"I guess I’m just trying to keep the message alive when the media moves on," Highbury owner Joe Katz told Milwaukee Record. "I already respected Giannis, but after he walked with the people on his own accord – respect through the roof."

The mural has received approval from the City of Milwaukee, and as of early Thursday evening, the Highbury was able to raise the rest of its $2,500 goal needed to cover the costs of the mural, with all proceeds going toward the artists. Any additional donations raised, however, will be given to a charity to be named, so feel free to continue donating whatever amount you can to the Highbury's Venmo account, found in the Highbury's original Facebook and Twitter announcements.

We have hit our donation goal of $2500!! The support has been amazing. Any donations from here forward will be put towards a charity to be chosen soon.
Thank you for your support MKE,
Team Highbury pic.twitter.com/xeRY4sAGbs — The Highbury Pub (@thehighbury) July 2, 2020

Stay tuned to OnMilwaukee for updates on this mural – and for more, check out these Riverwest and South Side mural tour routes.