In celebration of the 135th anniversary of the Thomas’ English Muffin brand, the company is celebrating with a national chef recipe competition.

But, that's not all. Every time a consumer votes, he or she will be entered into a sweepstakes to win $10,000. Voters can also win instant prizes like free Thomas’ products (see voting details below).

As for his inspiration, Chef Hauck says the sandwich was inspired by Wisconsin: "It incorporates our beer, our cheese and our sausage making tradition in the form of brats." 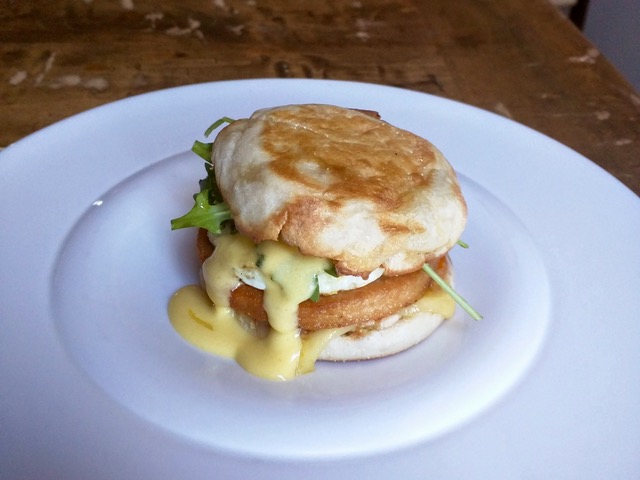 But,  there's another element of Chef Hauck's participation that's pretty remarkable:  the building in which c.1880 resides is also 135 years old this year.

Coincidence? Maybe.
Good luck for Chef Hauck?  We hope so.

If Chef Hauck makes it through the first round, he’ll be part of just 16 chefs from around the country who will compete in an additional four rounds of voting over the next six weeks for a chance to win the grand prize.

The Grand Prize winner will be notified via email and announced on Thomas' Facebook page on October 28. 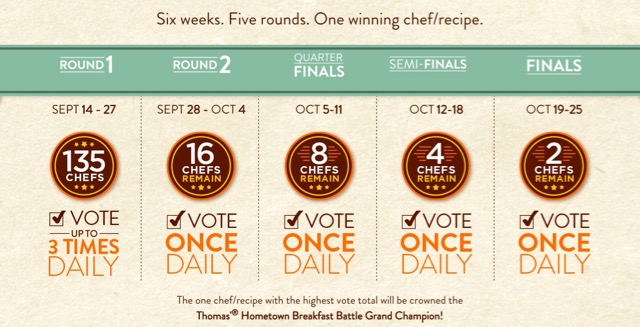 Show your Milwaukee pride by voting for Chef Hauck online at ThomasBreakfastBattle.com (just click on the dot representing Milwaukee on the map to vote).  You can vote for your favorite chefs' creations (up to three) once a day throughout the contest.

Why take the time to vote?  Chef Hauck says it best: "Because Wisconsin is the best."

Other Wisconsin cities with chefs competing in the Thomas' Breakfast Battle include Green Bay, Kenosha and Madison.

Free Pete's Pops for a year? Sign us up

Romance and rings: Win the ultimate date night from Kesslers