House of Harley preps for roar of 115th

There will be plenty of fun at House of Harley this weekend. They're bringing in Everclear as the music headliner on Sunday - but the 115th anniversary is also an opportunity to show off and sell new motorcycles.

As a relatively new owner of House of Harley-Davidson, the 115th Harley reunion weekend is Jeff Binkert’s first. But that doesn’t mean he’s not prepared.

"Our meetings to plan the rally started October of 2017," says Binkert, watching the excitement starting to build around an event that he says will bring 100,000 people to his dealerships on Layton Avenue and in Racine.

Fortunately for Binkert, his staff has been through this – every five years. At previous rallies, Layton was closed from 60th to 64th Street, and both side of the roads were filled with vendors.

"This year we decided to scale back the vendors and allow parking from 62nd to 60th and a landing spot for rides to start and finish. I wanted people to come in and go, ‘Holy sh*t, this is like Sturgis.'" 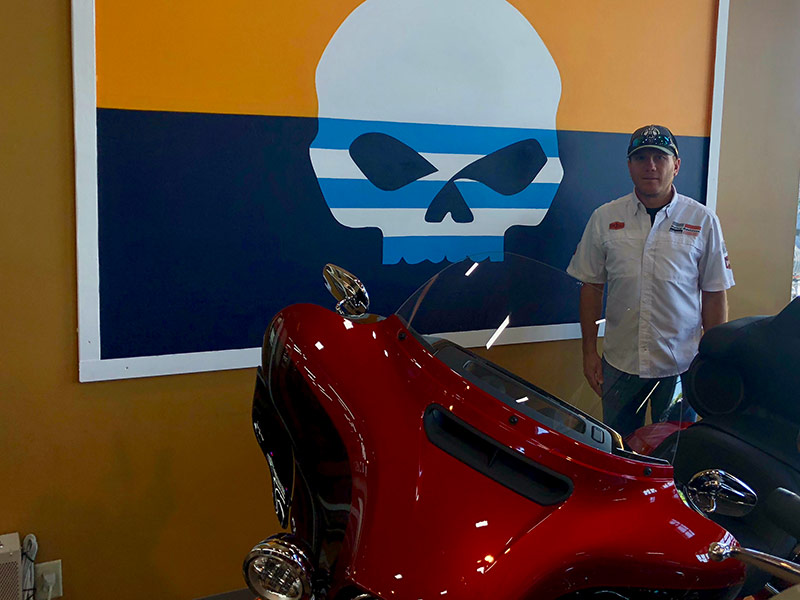 But fun, aside – and there will be plenty of fun; Binkert is bringing in Everclear as the music headliner on Sunday – the 115th anniversary is also an opportunity to show off and sell new motorcycles.

Several of the brand new Harleys are on display in the dealership, including the 2019 Street Bob, which is a stripped-down bobber that is both high tech and all Harley grunt with its "Milwaukee-Eight 107" big-twin engine.

"It's got our mono shock inline suspension and the all new soft tail frame," says Al Currie, a salesman at the dealership who can rattle off every spec of every bike – but also can speak to the brand’s emotional tug on riders’ hearts.

Walking me around the midnight blue motorcycle, with its new digital instrumentation and keyless ignition, you quickly get the sense that you’re looking at the future of this iconic brand. It just doesn’t smack you in the face.

"What I like about it is it's classic Harley," says Currie. "It is an awful lot of bike for a very easy price point."

Case in point: With its insane 110 foot pounds of torque, this high-end machine starts at less than $15,000.

Says Currie, "You've got an essential bike here. There's nothing you don't need. It's just got that great street brawler kind of style to it, but a full instrumentation in a very compact, easy-to-see-screen. I love the style of it. It's a comfortable bike with lots of room for adjustment to fit it to the rider."

Still, it’s not the Harley that speaks to me, as a new-ish rider, who took the motorcycle safety course at this dealership three summers ago, then promptly hopped on Craigslist and bought a 1978 Yamaha XS750 Special for cheap.

No, that Harley is the Iron 1200 and its more chrome-fitted sibling, the Forty-Eight Special. 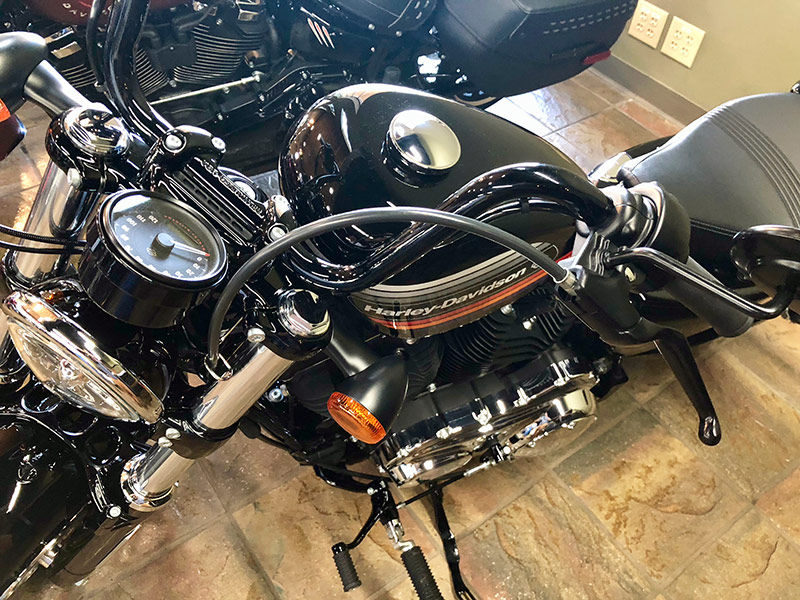 After ogling this 1,200 cc ‘70s throwback for months, I finally got behind the handlebars for test ride. It was love at first sight.

I should point out that I am far from a seasoned motorcycle reviewer. Other than my squeaky, leaky Yamaha, I’ve only driven a dozen bikes, and only a handful of them have been new. Earlier this summer, I tried out a Ducati Scrambler, BMW R nineT and Triumph Bonneville T100. While each blew me away in a different sort of way (the Triumph felt like the kind of bike I could actually imagine owning), they really felt nothing like the Forty-Eight Special.

Throaty and with torque that throws you back if you’re not careful, it felt like the two-wheel equivalent of a Mustang GT (while the Bonneville felt more like a BMW Z4). I knew the technology, like ABS brakes, were in there, but the feeling is solid, sturdy, loud when called upon and so competent. It has a sensory feeling that isn’t so much as smooth as it is commanding. I almost can’t believe that such a high-quality bike only starts at $9,999, and it’s on my bucket list – but like everyone else in Milwaukee, hey, let’s just get through this weekend first. 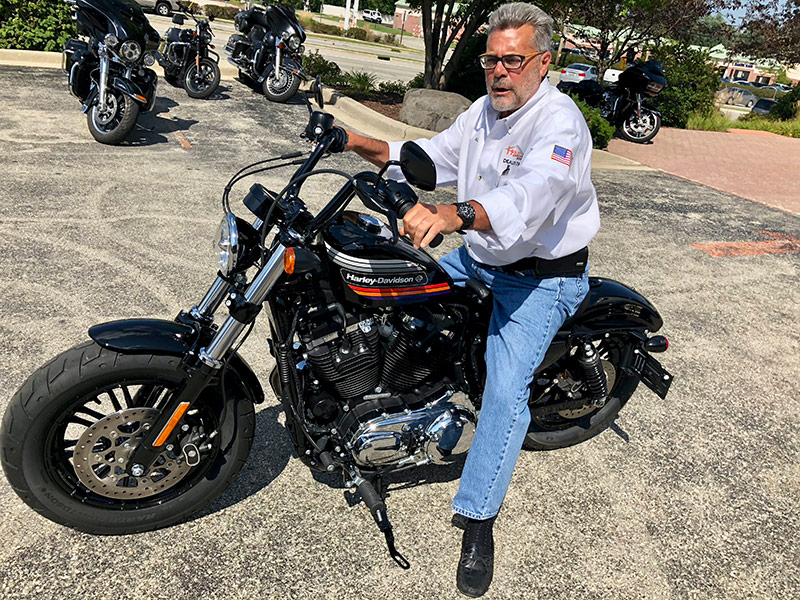 I asked Binkert if he’ll be able to sit back and enjoy the party. He was honest about the intensity that’s brewing.

"One of the most stressful jobs in the world is an event planner and I'll be stressed out the whole time, but that's OK," says Binkert, tossing a toy to his two chocolate labs in his office. "We have a crew that knows what to do."

For 120th birthday, Harley will kick-start an annual four-day Homecoming

Your guide to Harley-Davidson's 115th events

Ticket to ride: learning the safe, smart way to cycle