If the Ice House, 4238 W. Orchard St., is a hidden gem - and I'd argue that it is - it's one that's hidden in plain sight, on busy Miller Park Way, across the street from Target and Toppers. But it wasn't always that way. When Bruce Schwabe bought the bar, it sat on a quiet one-way street.

If the Ice House, 4238 W. Orchard St., is a hidden gem – and I'd argue that it is – it’s one that’s hidden in plain sight, on busy Miller Park Way, across the street from Target and Toppers.

But it wasn’t always that way. Back in 1981, when Bruce Schwabe bought the place, it sat on a quiet one-way street that was surrounded mostly by manufacturing businesses.

"That was our lunch trade," Schwabe says one sunny summer afternoon over lunch, with just a couple folks in the bar. "We'd cash checks for the guys and everything." 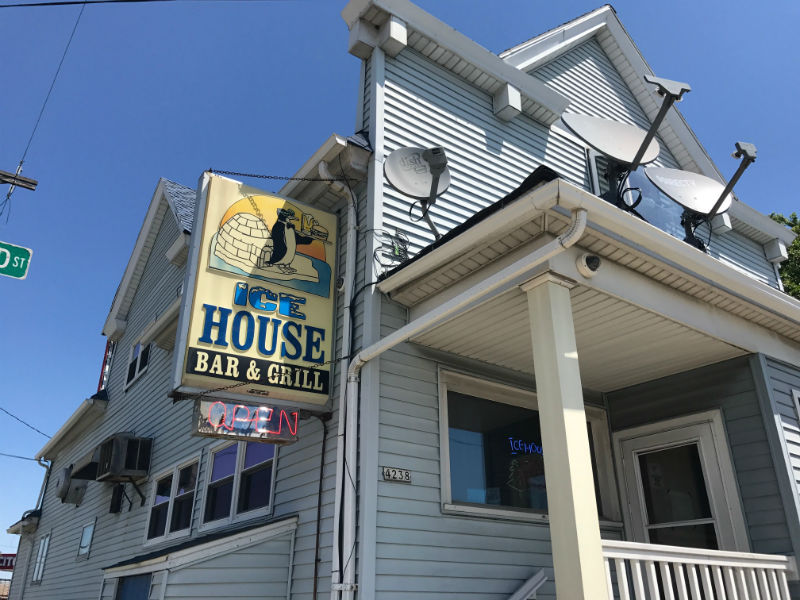 In 1987, 43rd and 44th Street were bulldozed to create the bustling Miller Park Way, cars zoom past the Ice House at top speed and few of the employees of Target and the other chain stores lining the strip come in for lunch.

"We’ll get folks who come in to grab a pizza for carryout," Schwabe says. "We could open later now, but I work lunch three days a week, so it’s not like I’m paying someone."

Anyway, Schwabe and his wife Kathy – who runs the kitchen – live upstairs, so he figures he might as well come down and open the bar for the hungry folks that will stop in.

Schwabe says the pizza is typically the big draw, food-wise.

"We make our own pizzas. We don't do our own crust, but we hand-toss them all," he says. "Also our burgers. Our patties are never frozen, all hand-made. So the burgers are good. We do steak sandwiches, we have a good 10-ounce ribeye sandwich. It's a pretty good sized sandwich."

These days, the Ice House has become a destination bar. A couple AmVets groups meet regularly there. And being just a short hop from Miller Park means it’s a great before and/or after-game spot.

"We don't get much neighborhood trade," Schwabe says. "It's good for the Brewers. We do about 45 games on our shuttle, plus, you know pool teams, darts, that's where we get our business from. And from friends."

Schwabe still opens every day at 11 a.m., a bit earlier if the Brewers have a nooner. The Ice House typically closes a bit early on Sundays, maybe 7 or 8.

The Ice House looks a lot like a house on the outside, and it feels like that kind of down-home Milwaukee bar that’s been disappearing from a lot of neighborhoods in this town.

You enter through an enclosed porch and the bar runs along the far well, curving off to the left in the back room. In a room behind the bar is the kitchen. Opposite the bar is a row of entertainment machines. In the back room there’s a pool table, a small cushion-front bar, a makeshift DJ set-up and dart boards.

The walls are decorated with signs advertising specials, like Wednesday’s $5 burger and fries special and $5 pitchers weekdays from 11 to 7. 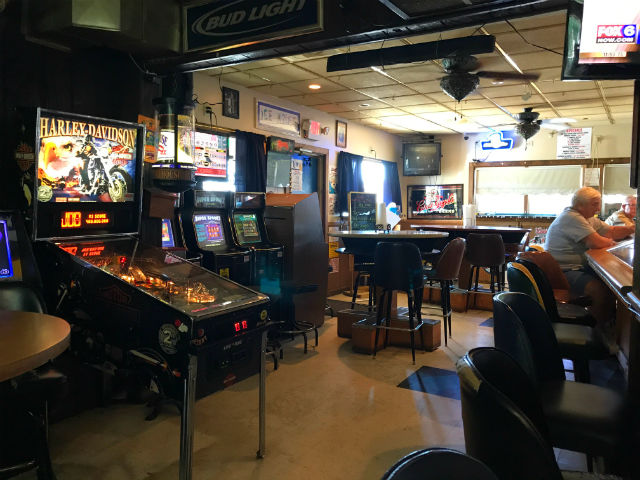 Like most of the survivors, this place has a story.

After going to school in Muskegon, Michigan, Schwabe returned to Milwaukee and at 17 began working as a mechanic, fixing automatic pin setters on the 10 lanes at Silver City Lanes on 38th and National, which his dad ran from 1962 until 1981.

When Schwabe's dad sold (the place later became Showdown Lanes) – Schwabe was just 23 – his dad’s friend’s family was looking to sell their bar on 43rd Street and Bruce bought it.

"I bought it from the Malinowski family, they had it from 1925 until 1981," he says. "It was called Ice House Mary’s. There used to be Hometown Ice across the street – back in the day, it was Wisconsin Ice and Coal – and they tore that down about 10 years ago.

"So that's where the name had come from. (Over the years) it was Dick and Mary's, it went to Mary's and then they just called it Ice House Mary’s. When I bought it in '81, I just kept Ice House, because it was still there." 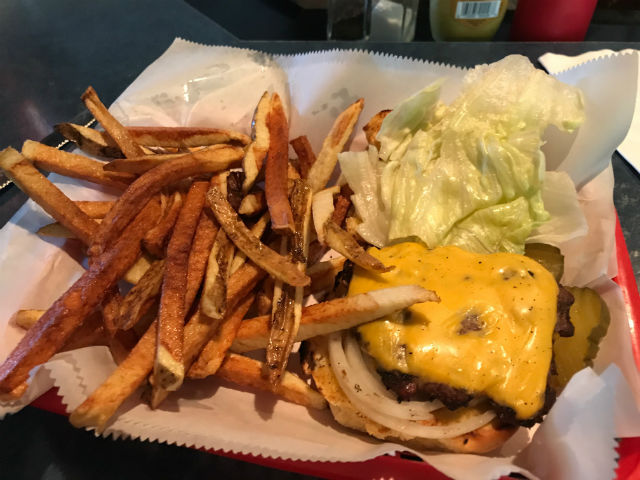 My burger and hand-cut fries were great, washed down with a $2 Lakefront Riverwest Stein – a bargain you might think doesn’t even really exist anymore. It does at the Ice House, but it’s unclear how much longer it can.

There is no plan to close the bar right now. He’s not in a major hurry – and he’s got no post-retirement plan devised – but he doesn’t want to keep going to much longer, he says.

"I've got a couple of people I’m talking to, but it's up to them. If the price is right, I'll go," he says. "I'm ready to go, there's no doubt, I just still want to be (physically) able to do something when I get out of here."

Don't you forget about me: Bougey's Bar and Grill